Following on from my previous photo essay blog on the Victorian bushfires at 6 weeks after the fires in Feb 2009, I took another trip yesterday and went bushwalking amongst the burnt rainforests of mountain ash.

It was great to see the forests gradually regenerating, particularly the gullies, although in vast areas of drier forests, there was little signs of new life.

But amongst the devastation, paradoxically, there was beauty to be found.

The following image was taken with the late afternoon sun highlighting the dead orange leaves of the Australian Eucalypts, and contrasting with stark dead trees on the hills behind.

This is a very unusual scene for Australia, as although it may look like a northern hemisphere fall scene, Australian Eucalypt trees are not deciduous and don’t turn orange in the Autumn as they appear to be doing here. All these trees were affected by the bush fires.

The farm pasture has become green – indeed they had returned to green by the 6 week stage, and the farmer has rebuilt his fences.

Please click on this image to view it at larger size. 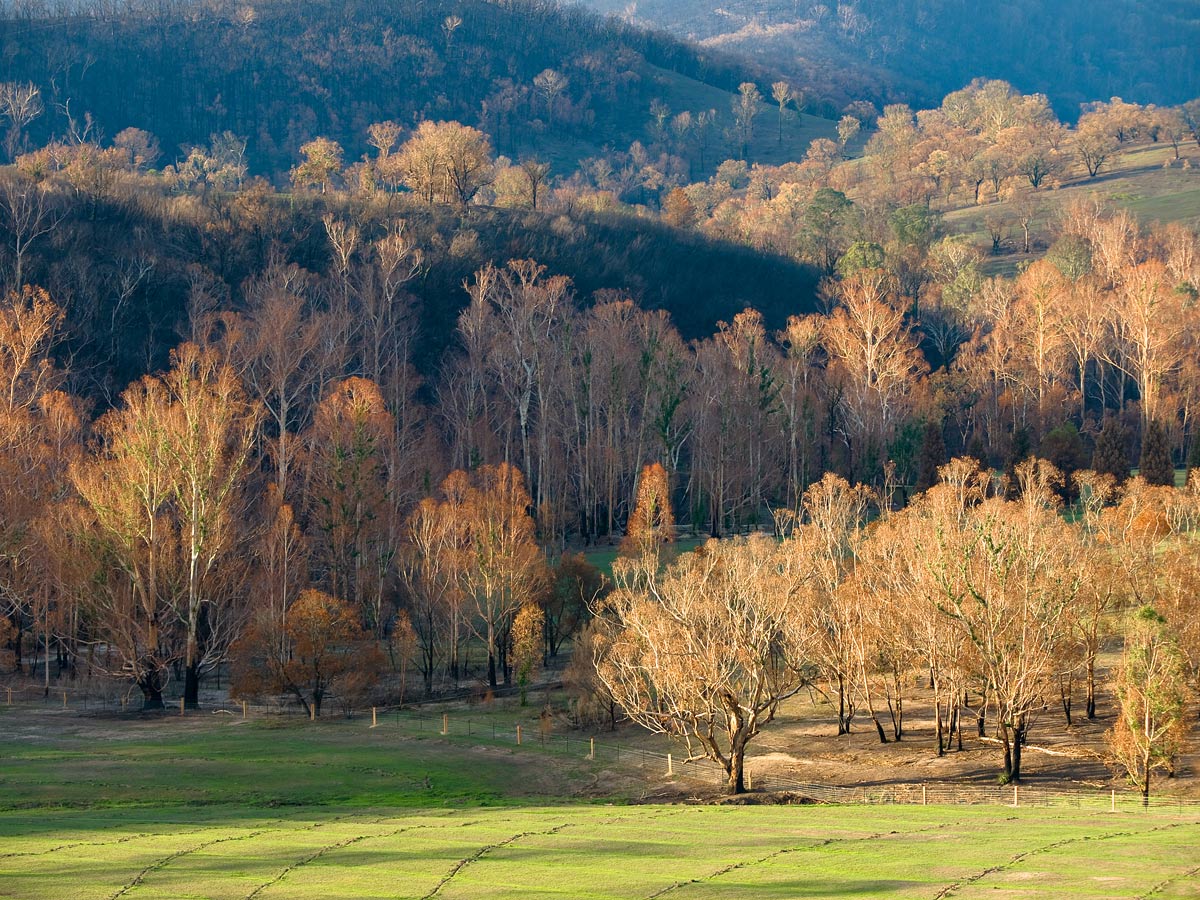 This image was taken hand held with Olympus E510 and the brilliant Olympus ZD 50-200mm f/2.8-3.5 SWD lens – I just love this lens except it is a bit big and heavy, but much less so than its Canon or Nikon counterparts.