We set out from Renmark early aiming for breakfast at Tanunda in the wine region that is the Barossa Valley almost 200km from Renmark.

After some 600km of almost continuous wheat fields (we were to travel through a further 400km or so of them up to the Flinders Ranges later in the day), I thought I better request a quick car stop for a photo of an abandoned car in the wheat field: 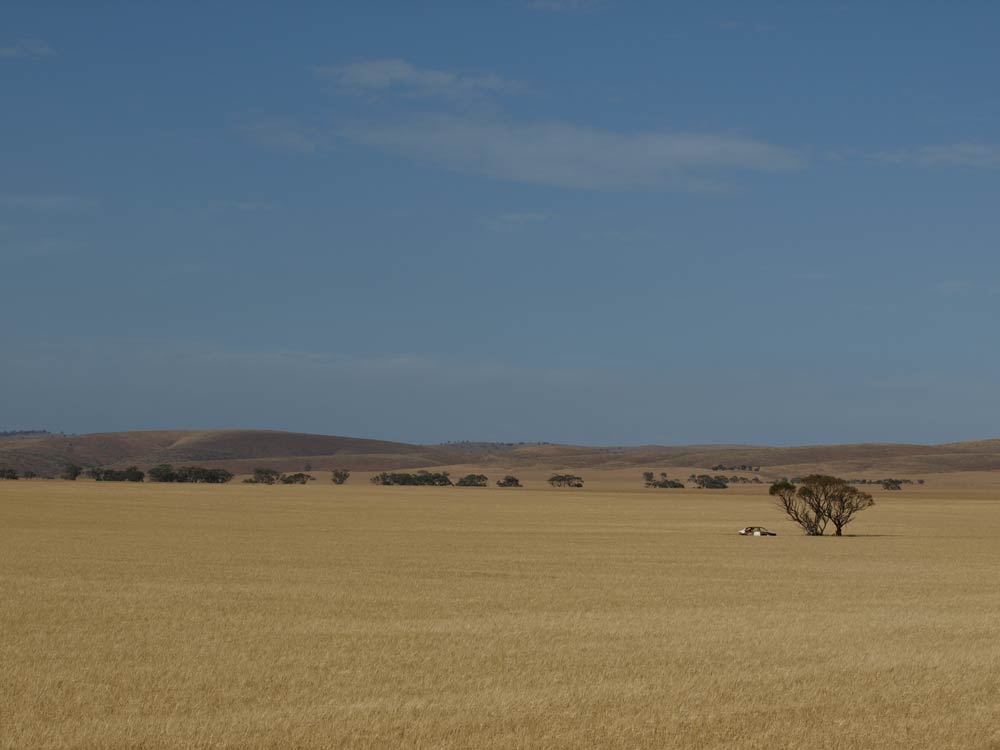 The Barossa Valley is dominated by German culture from the late 19th century with most of the old building bearing a similar architectural design using sandstone – one could have a field day in rural South Australia taking photos of such buildings.

A pleasant detour across to Eden Valley proved worthwhile as the scenery was much more typical of woodland Victoria rather than rolling hills of vineyards.

We then went north along the Clare Valley and stopped for lunch at winery near Clare (almost 100km north of Tanunda) which is a 1.5hrs drive through hills of vineyards and scattered abandoned sandstone farm buildings.

As the massive low pressure system was traveling south towards us from the Flinders Ranges, and having ascertained we should be able to get through to Wilpena Pound, we decided to continue on and get through the storms head on and managed to reach Wilpena Pound Resort just before dusk on a very overcast but at least now dry, albeit windy and cool evening. 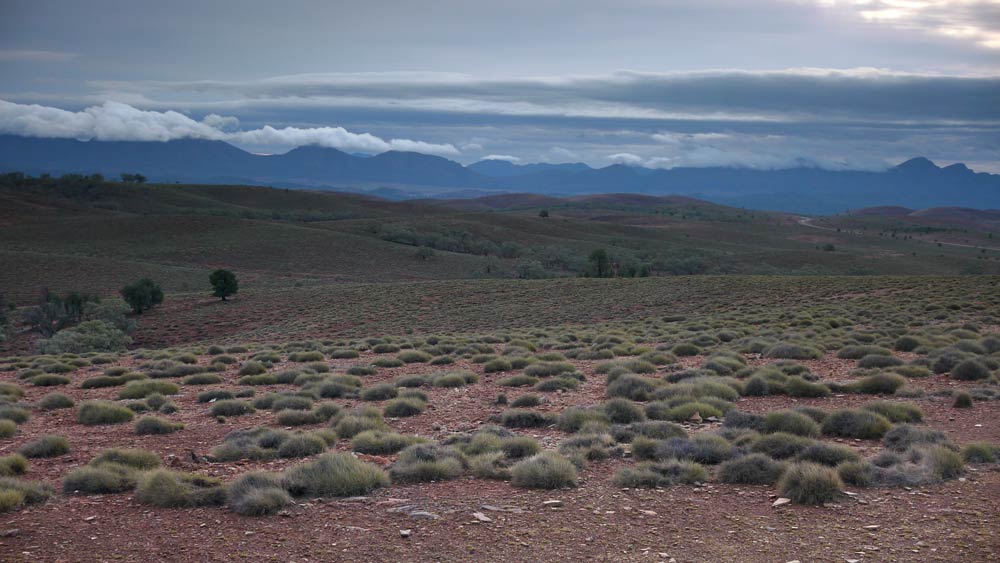 One could spend a week in each of these places but in our Blitzkrieg invasion of South Australia, we only had hours.

Flinders Ranges reminded me of the Grampians in Victoria but more red, much, much, more remote and isolated, and I could imagine much hotter and dryer – one needs to bring drinking water even for a quick trip like this (then again, for anywhere in South Australia as their tap water lacks the taste of purity of Victorian tap water).

Day 2 was over 650km travel, and through some fairly torrential rain near Melrose – another very interesting destination for nature lovers and bushwalkers.