The Wilpena Pound Resort is the main accommodation centre of the Flinders Ranges and provides reasonable accommodation and meals and lies in a very nice forested valley ideal for bushwalking, and in better weather, 4WD through the gorges.

Given its remote location you will probably be out of range for mobile phone coverage even with Telstra but you can pay for internet usage at the resort.

A must see, is the pioneering Wilpena Pound Station with its largely unchanged original buildings and paraphernalia from the 1860’s. Here is a self-portrait at one of the buildings. 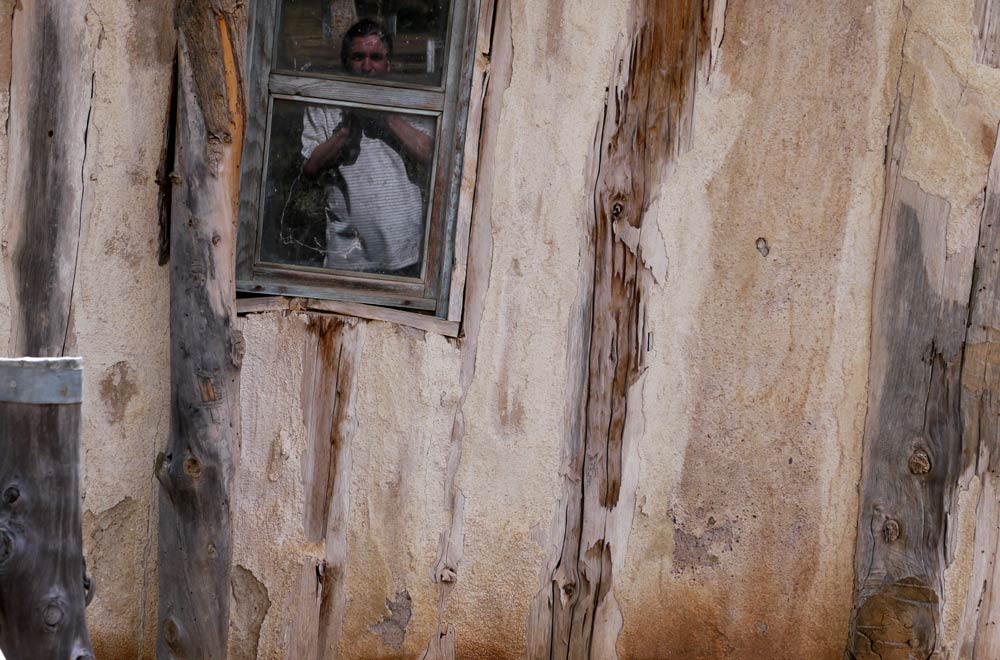 Given that the 4WD gorge tracks were closed following the flash flooding over the previous 48 hours, we headed north to Blinman and then westwards across a gravel road to almost Outback town of Parachilna. The gravel gorge road was severely flood damaged and only accessible with a 4WD with sufficient clearance to get across the many flooded creek crossings and deep muddy embankments which could easily bog a lesser vehicle. I thoroughly enjoyed this part, interesting scenery, the excitement of 4WD driving on recently washed out roads in a remote region, however, my brother who was driving was perhaps a touch more stressed out through all the required concentration than I was! The video on the Panasonic GH-1 really came in handy here!

From Parachilna, we headed south along the barren plains to the west of the Flinders Ranges, still threatened by storms (taken at 110kph from the car): 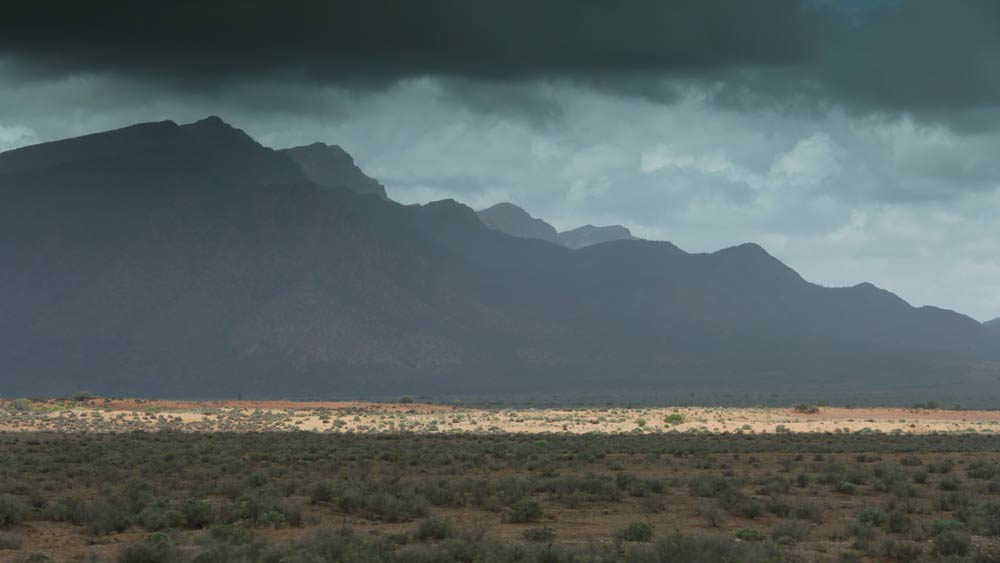 We decided to stop at an Aboriginal indigenous peoples cave painting site which required a 20-30min walk up a rocky hill near the town of Hawker: 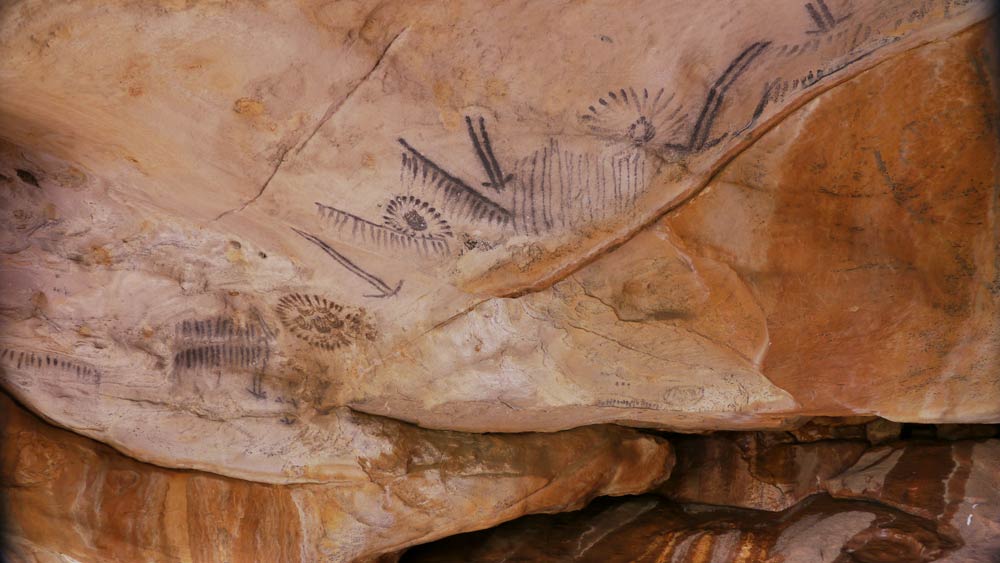 Next stop was lunch at Quorn’s Quandong Cafe – highly recommend it – local Quandong cheesecake was very nice indeed – don’t tell my wife though – bad enough I sat the whole way in the trip instead of doing my usual bushwalking, let along indulging in cheesecake!

We then headed west to Port Augusta (mainly to get into the gap between the low pressure system to our south east and the incoming cold fronts coming from our west) then south to Port Wakefield where I couldn’t resist this large mural of contemporary Caucasian wall painting to contrast with the indigenous cave painting: 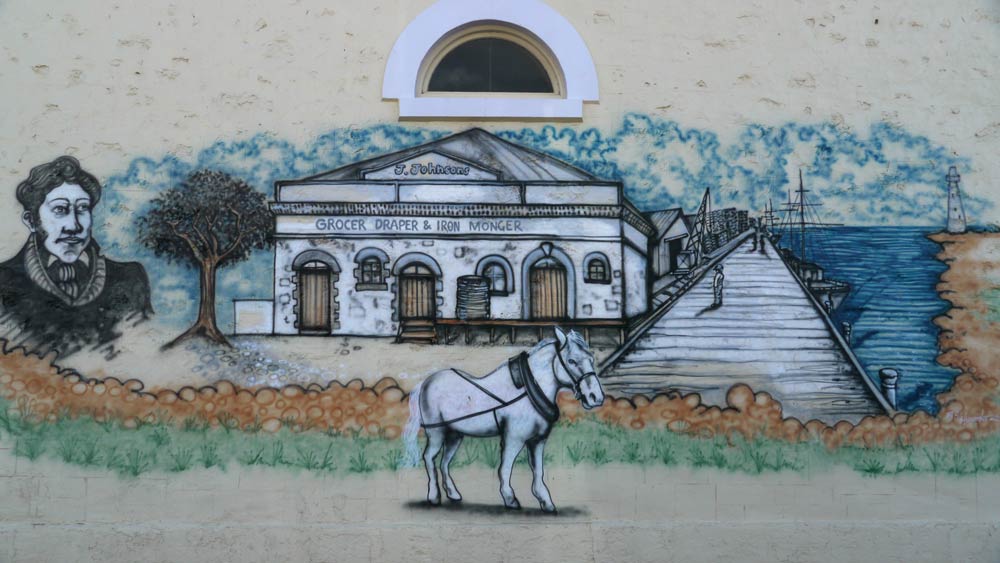 We were misled by the tourist brochures advertising a car ferry across the Spencer Gulf from Wallaroo to Cowell, and thus a detour across the Yorke Peninsula to Wallaroo was a waste of precious time after we discovered that the ferry has been out of service for months and not due to re-commence until 2010.

Even though it was nearly sunset, we decided to head for Adelaide and after trying to catch a few shots from the car at 110kph with the sun setting behind us: 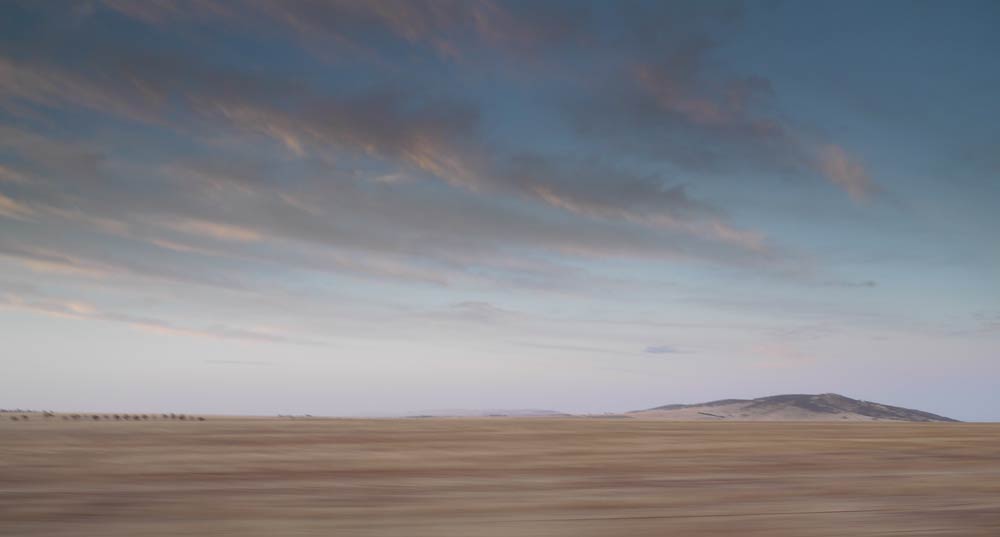 my brother took pity on me and stopped for a sunset shot – even though sunsets aren’t really my thing. Thank goodness for the small Panasonic GH-1 as I had to sprint 400-500m up a hill to get to a vantage position for this shot: 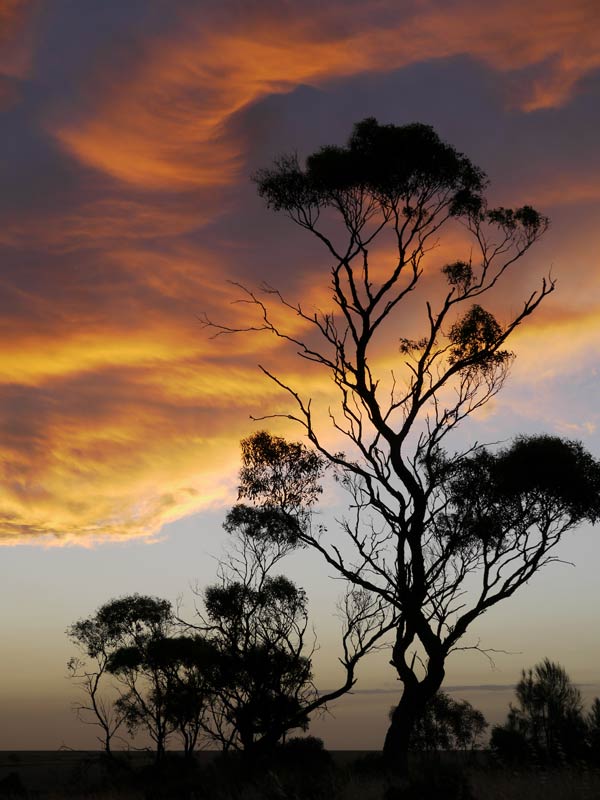 After this very brief interlude and an opportunity to make up a ham wrap for dinner, we were off to Adelaide and as we arrived at 10:30pm when almost everything was closed, we managed to make it to my favorite Glenelg hotel – the Stamford Grand on the beach – one of the few all hours facilities in the region and an ideal spot to recover from nearly 750km of travel – some of it very arduous in the flood-damaged gorge roads.