After a well earned nice sleep at the Stamford Grand Hotel in Glenelg, Adelaide, it was off south to Cape Jervis for a possible trip over to Kangaroo Island.

Once we were out of the urban traffic, we drove past Maslin Beach – Australia’s 1st unclad (nude bathing) beach and the basis for an Australian comedy movie of the same title, and headed down the very hilly west coast of the Flerieu Peninsula to Cape Jervis where there is a car and passenger ferry to Kangaroo Island which takes 45min.

Kangaroo Island, in addition to its parks, is renown for its special breed of venomous Tiger Snake – don’t let that worry you – you will only get bitten if you step on one accidentally or try to catch one.

As the weather was moving in fast, and the price for 2 adults and a car return on the ferry at $A340 was a bit steep for a one day journey (it would be worth it if one was spending a few days to explore or relax though), we decided to head for Victor Harbour: horse drawn cart to take you across to Granite Island – or you could walk it – but those clouds would suggest otherwise: 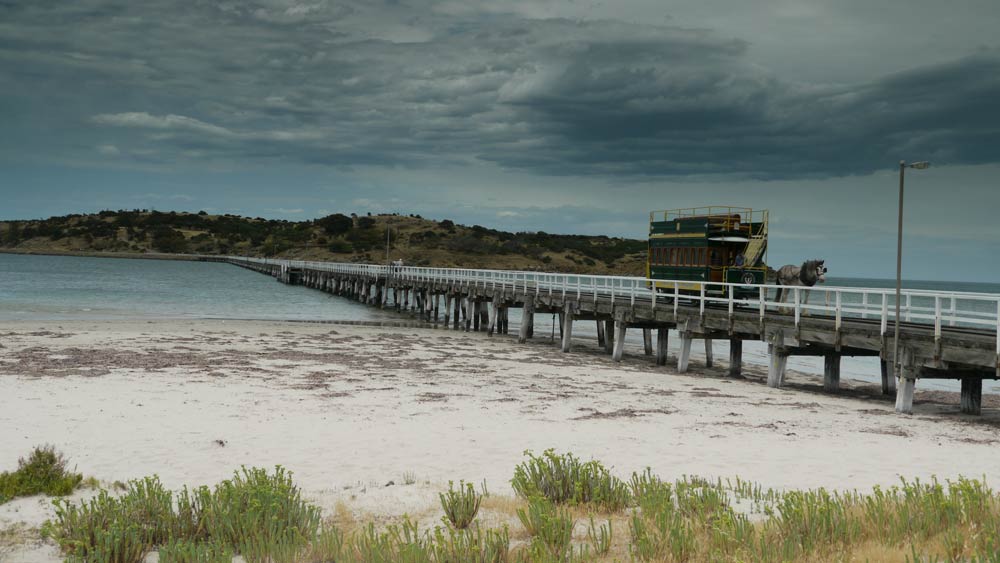 Victor Harbour is THE coastal town in these parts where there is an ample range of restaurants (assuming you drove past the wine district of McLaren Vale as we did) – but unfortunately, it was fruit for us as we decided to try and get ahead of the approaching Cold Front storms and drive to pretty little Strathalbyn.

At Strathalbyn, whilst filling up on gas, and buying a few lunch ingredients, a massive cumulo-nimbus storm cell began building before our eyes then moved east in the same direction we were traveling making us feel like we were storm chasers – but no tornado from this one – but a lot of flash flooding in Kingston as we discovered: 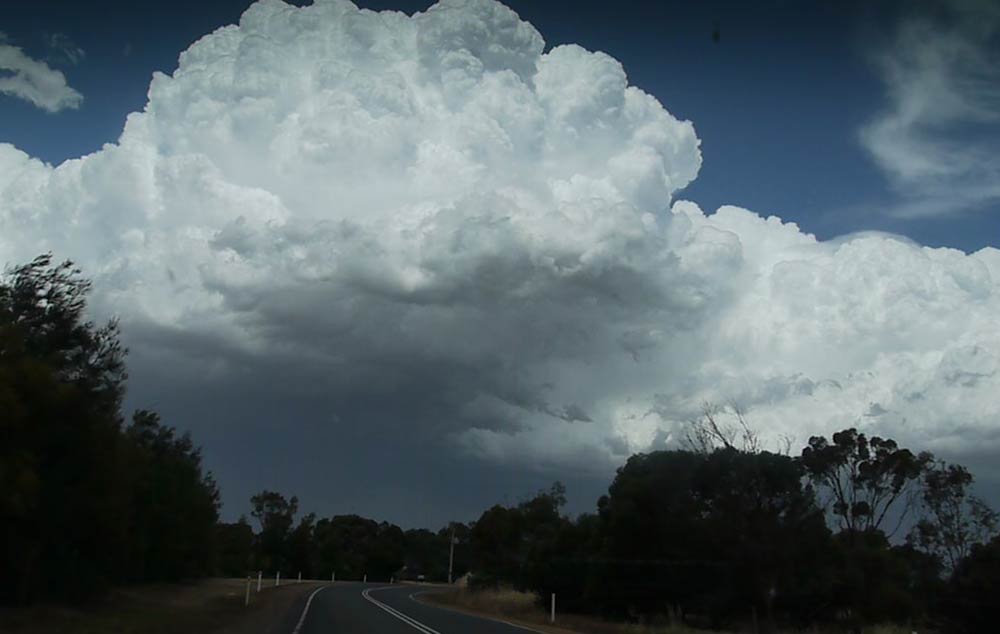 Once we had got under the storm cell, the scene looked a bit different, and it was much safer for the camera taking shots inside the moving car, but by this stage of the trip, I was getting pretty quick at getting the camera ready, composing and capturing the shot at 110kph: 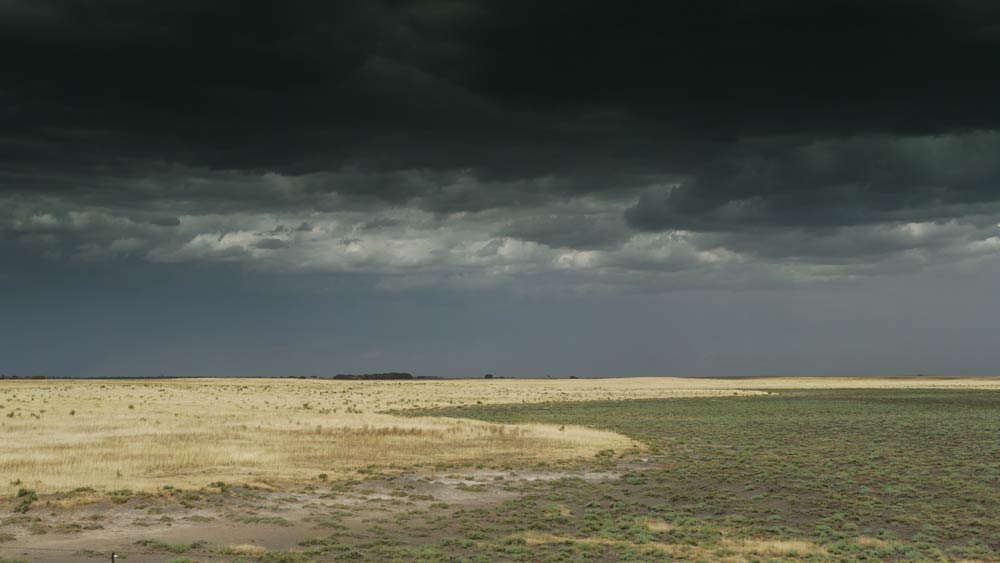 We caught the punt across the Murray River at Wellington, and arrived at Kingston S.E. not long after it had been hit by another storm cell and there was significant flooding but the town seemed deserted, so we decided to move onto the popular fishing port of Robe.

By the time we arrived at Robe, it was almost dark and the storm was in full swing with lightning, torrential rain, and almost every motel booked out – except one which we gladly accepted.