Micro Four Thirds and ability to blur the background

Let’s have a look at this visually.

I have set up a little Christmas themed scene and aimed to keep the subject the same size in each image (the large one is ~8″ tall, while the middle one on which focus is set is ~5″ tall) and see what happens to the blurring of the background Christmas tree ornaments.

The Panasonic GH-1 makes this a little easier as you can use a native 3:2 image aspect ratio, the same as on my Canon 1D Mark III which has a larger sensor (1.3x crop factor compared with 2x for the GH-1). 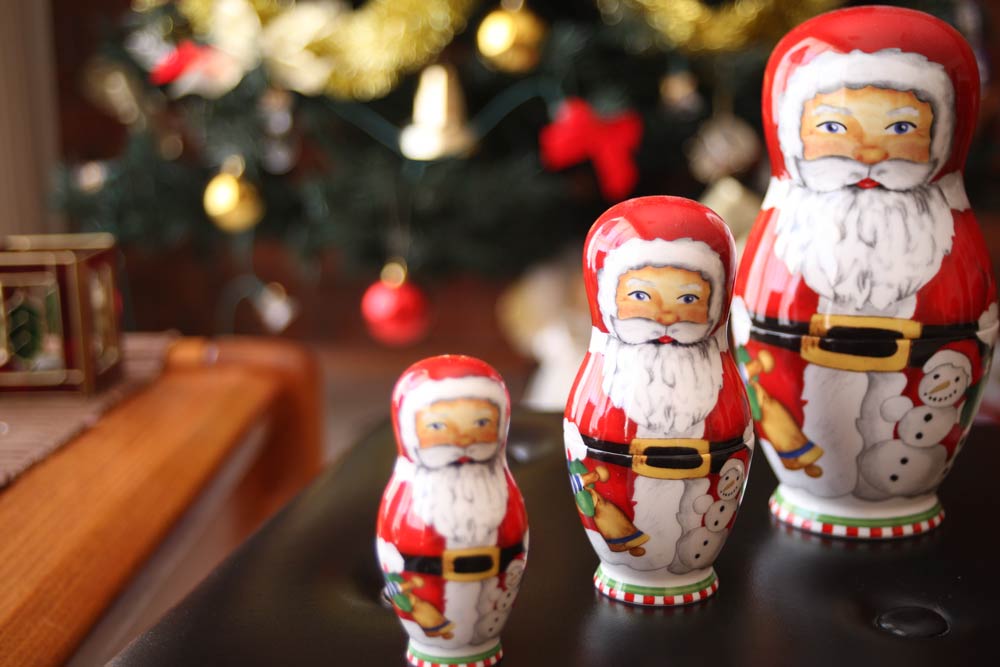 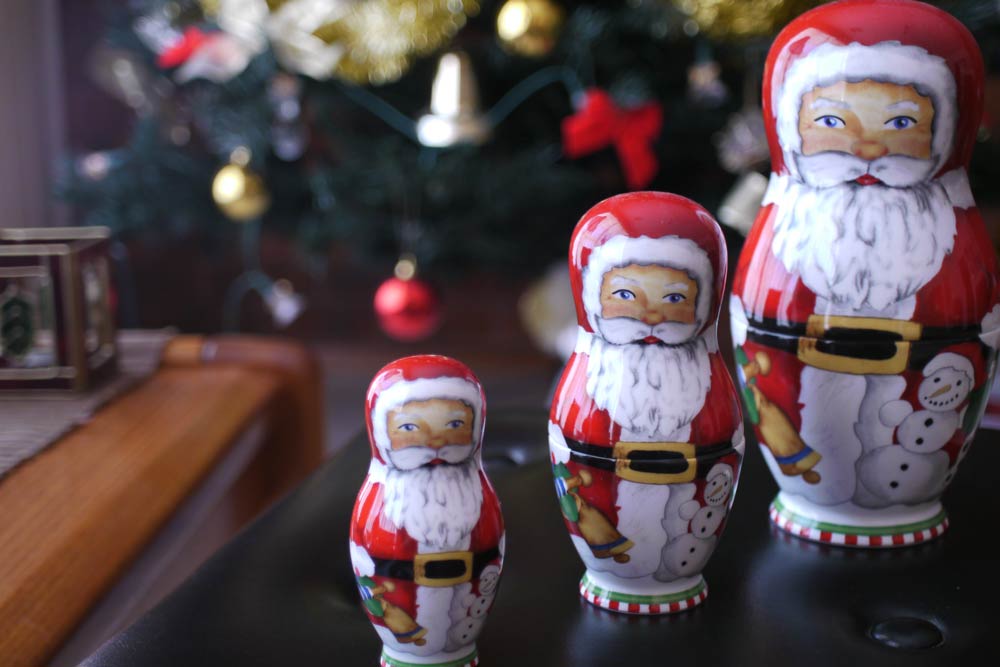 Not bad, the background blurring is almost as good as in the Canon image (note also the different colour rendering even though using AWB and default picture modes). 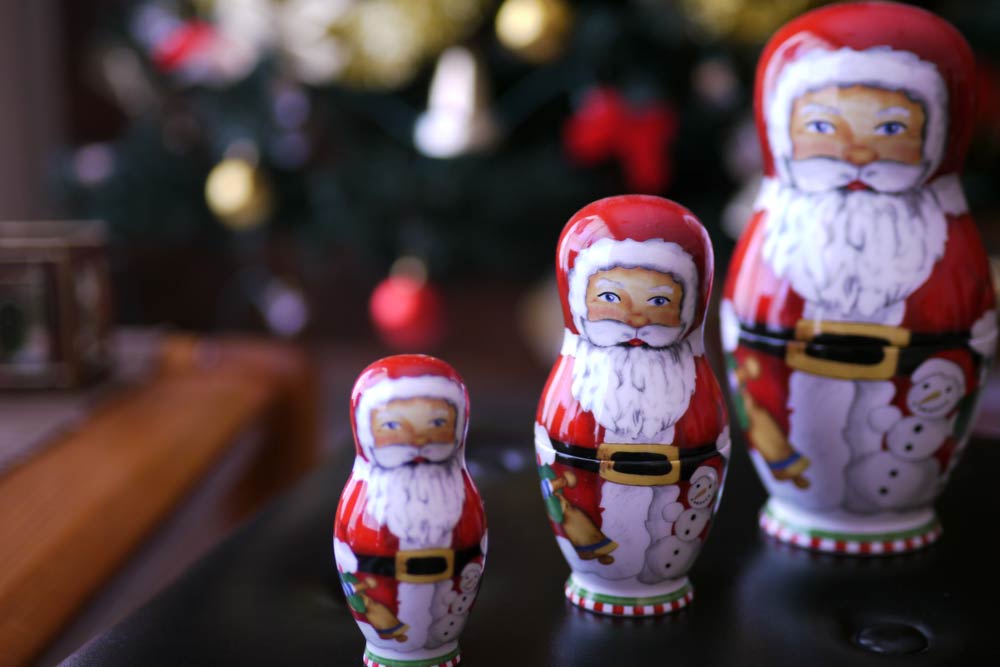 Wow, beautifully smooth bokeh, and much smoother than one would expect from the DOF equivalences alone.

And for comparison, the GH-1 with OM 35mm lens at f/2.8 (equiv. to 70mm focal length in 35mm film terms), with camera moved further away to maintain same subject magnification: 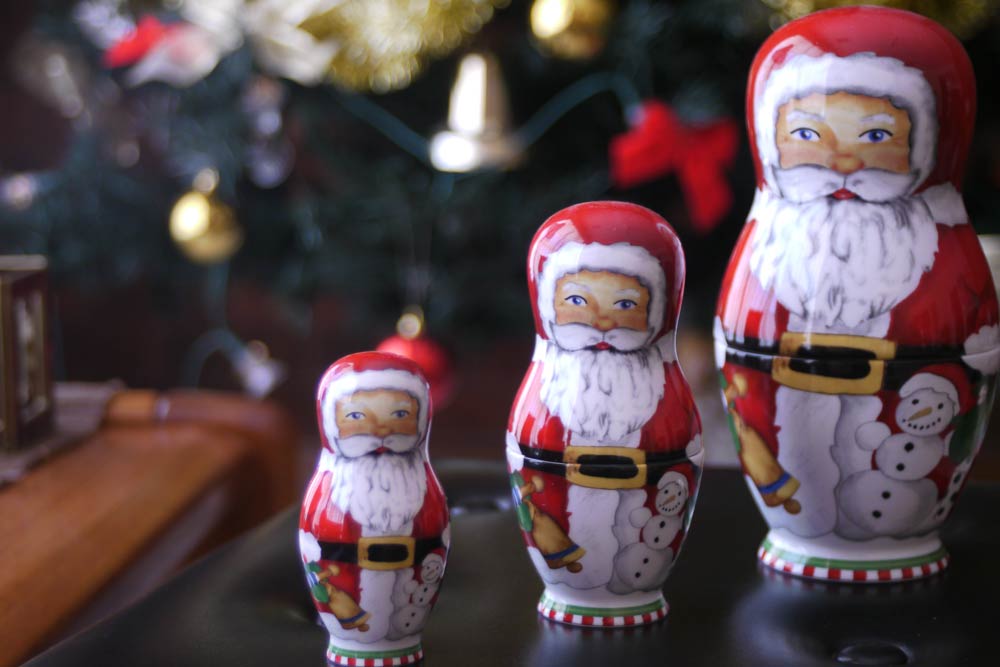 Other than the change in perspective (ie. less background visible) compared with the Canon image at the top of this post, the background blurring is very similar.

This is why so many people are loving the Panasonic 20mm f/1.7 lens – it is sharp, very compact, much cheaper than the Leica 25mm, perfect for social events and candid photography, gives a fast aperture for low light work and to top it off, allows nice background blurring at f/1.7 – better than a Canon 24-105mm f/4L lens and similar to, if not better than the Canon 24-70mm f/2.8L lens and the f/1.7 aperture nullifies any high ISO advantage of the larger format cameras when they are using f/2.8 or f/4 lenses.

Of course, Canon 1D users can resort to 35mm f/1.4 lenses, and Canon / Nikon full frame users can resort to a 50mm f/1.2 or f/1.4 lens to give even more background blurring at this effective focal length, but the result is a much bigger, heavier, more intimidating, less discrete and more expensive system.