In an attempt to provide an alternative to prominent ring flash catch lights in the previous post when using a ZD 50mm macro lens with ring flash, I decided to try the ZD 50-200mm SWD which gives a much longer working distance and thus reduces the size of the catch lights significantly.

Whilst it is possible with the ZD 50-200mm alone, the magnification at its closest focus of 1.2m is about half that of the ZD 50mm macro and thus the diameter of the iris is only some 550 pixels on a 10mp camera. 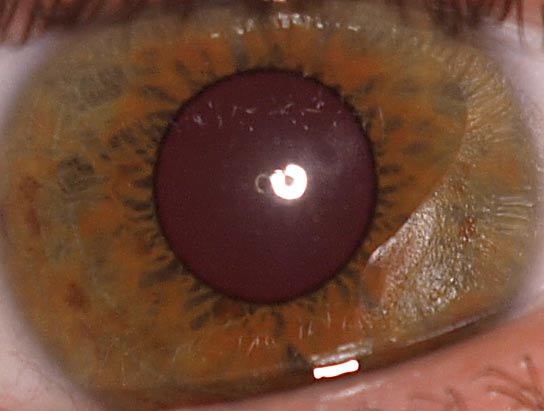 Thus to get higher magnification (now we are back to about 1200 pixels for the iris diameter), I tried adding the EC-20 2x teleconverter to the ZD 50-200mm at f/11 and increasing the ISO to 400 given the greater working distance. The greater working distance means the flash is now illuminating the interior of the eye a bit causing a mild red eye appearance which I would personally prefer not to have in the images. 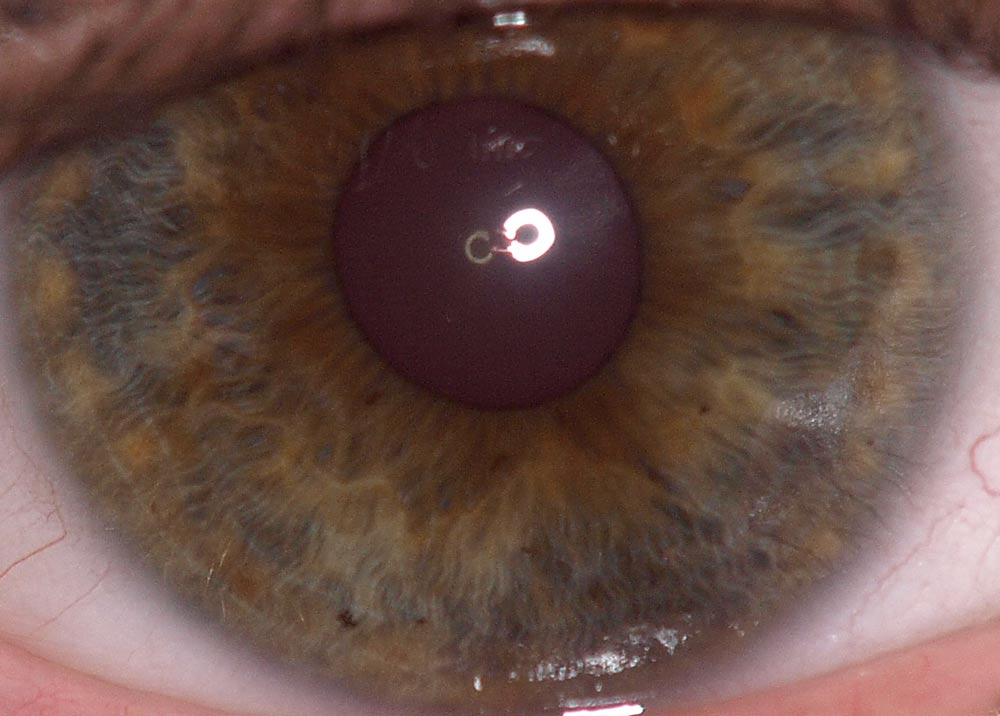 My preference for obtaining a catch light smaller than the iris opening is to use the ZD 50mm macro lens with ZD EC-20 2x TC with lens focused at 0.3-0.4m instead of its closest focus depending on desired catchlight size: 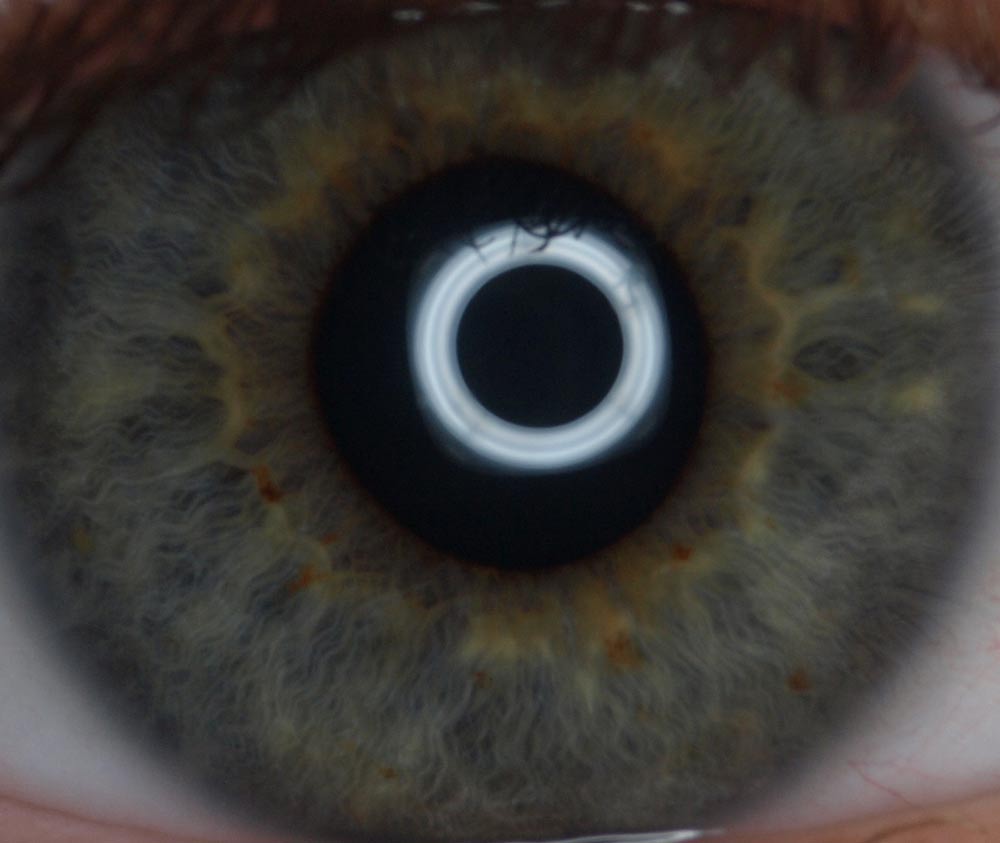 For a complete comparison, see the rest of the images here