It was such a beautiful Summer day in Melbourne for Australia Day, I just had to go for a walk about and document some of the many activities as well as the great multicultural society that is Melbourne in 2010.

My Canon 1D mark III has not been getting a lot of use since I bought my Micro Four Thirds Panasonic GH-1, so I thought I had better bring it along as well today – with only one lens – my favorite Canon 135mm f/2.0L.

One of the issues that full frame dSLR users attack the Four Thirds and Micro Four Thirds smaller cropped sensor, is that of wider depth of field.

Well, sometimes narrow depth of field is NOT a good thing – you do have to adjust aperture to get the best compromise between background blurring and getting adequate depth of field for your subject.

Here is one good example of this: 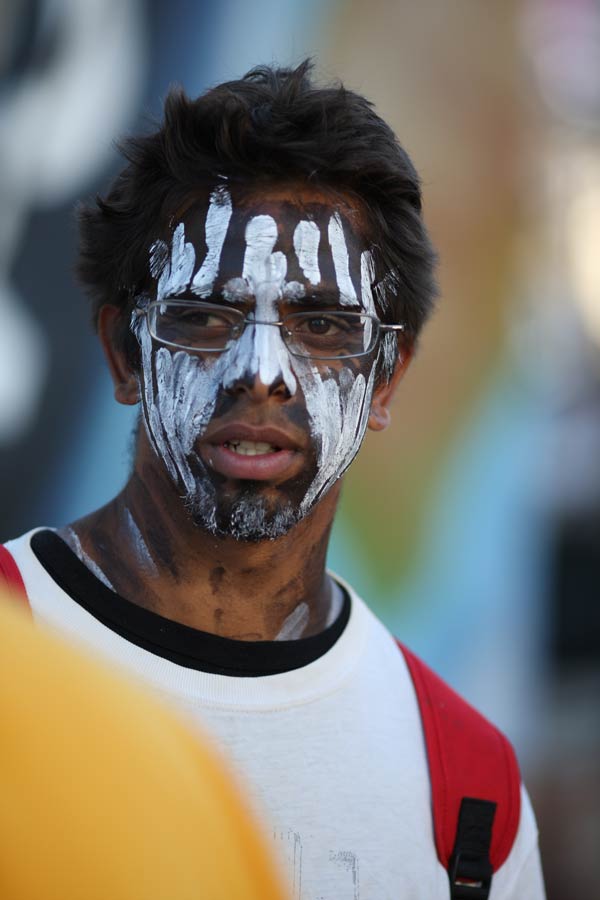 Note that his nose is not in focus – in general, it is best to have the eyes the sharpest, and depth of field adequately covering the range from ears to tip of nose.

I would normally have shot this with my Olympus E510 with ZD 50-200mm f/2.8-3.5 lens wide open and I would not have had to worry about not getting the tip of his nose out of focus, but I would still have had beautiful background blurring and bokeh.

Now if only I could get a couple of compact primes for Micro Four Thirds such as a 100mm f/2.0 and a 200mm f/2.8, that would be brilliant! I do find that I like working in the 200-400mm range in 35mm terms at f/3.5, as I can really isolate my subject from the distracting backgrounds and make my subject pop whilst getting enough depth of field. 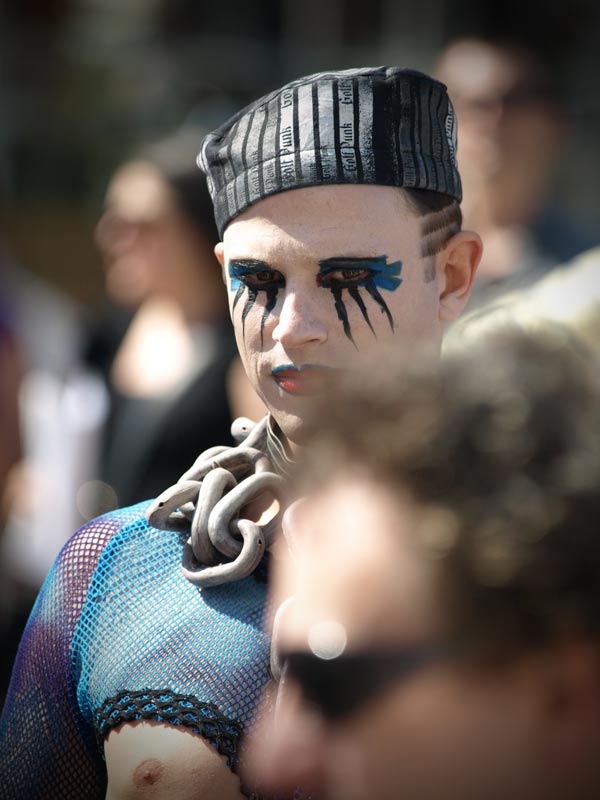 Now back to Australia Day, and here is a classic street shooters shot with the Panasonic GH-1 and Leica-D 25mm f/1.4 Four Thirds lens with aperture preset to give adequate depth of field and focus range preset to 2m: 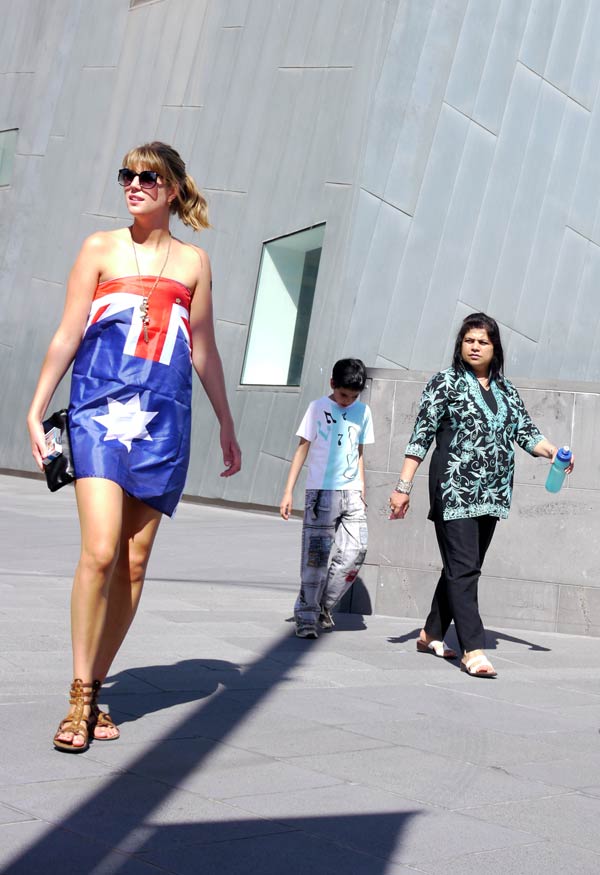 I rarely shoot young ladies in the street but couldn’t resist this one as I was in the right place at the right time and the whole scene just begged to be shot with the mother and son in the clean non-distracting background with the light in the perfect position to light the young ladies’ face while casting the perfect diagonal shadow on to the down-looking lad. So many picture elements to consider in the timing of the shot, not to mention ensuring the background window didn’t cut into her body – but in the end a large degree was good luck in that all the elements I wanted to happen, happened at that split second.

This was one of those decisive moment type shots – you had to have your camera ready, preferably pre-focused, or else you will miss it. I think it makes a fantastic statement of multicultural Melbourne on Australia Day, certainly will be one of my favorite shots.

This lady had prepared for Australia Day by using safety pins to turn the Australian flag into a dress – of sorts – but she had fun and really got in with the spirit of the festivities, and although many cultures feel her dress a little inappropriate, I liked the fact she was embracing living in the moment.

Many people live in the past or the future and forget it is only the present they can really change and make the most of, then they wonder why they are unhappy for not having made the most fun out of their lives they could have – happiness is a personal responsibility and we should be tolerant and not too judgmental of others, for we all have to deal with the stresses of living in our own way.

More shots from the day can be seen here.