It was a nice warm, albeit humid March day in Melbourne yesterday, so I decided to pack my Panasonic GH-1 , Leica-D 25mm f/1.4 and Olympus OM 135mm f/2.8 lens and catch the train into the city to enjoy Melbourne’s annual Moomba Festival – a nice multicultural family event – Moomba is Australia’s largest free community festival and one of the longest running festivals in Australia.

There was no evidence of storms on the horizon, not on radars.

After a bite to eat  in our great little laneway cafe’s, I headed down to the festival region along the banks of the Yarra river.

I decided to try out my OM 135mm lens wide open at f/2.8 and stood some 30-40m from this African musician – I think his name is Jali Buba Kuyateh from the online programme (I did crop this image by removing about a third): 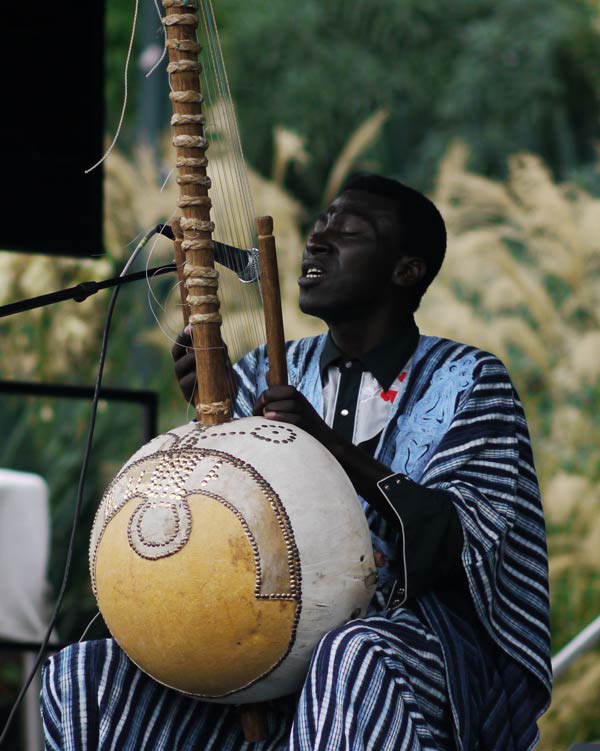 and at the BMX bike stunt competition, I used the Leica-D 25mm f/1.4 lens at f/1.4 with the lens pre-focused so I could get nicely sharp shots with relatively shallow depth of field of this lad doing a jump on his bike (again about 1/3rd cropped out): 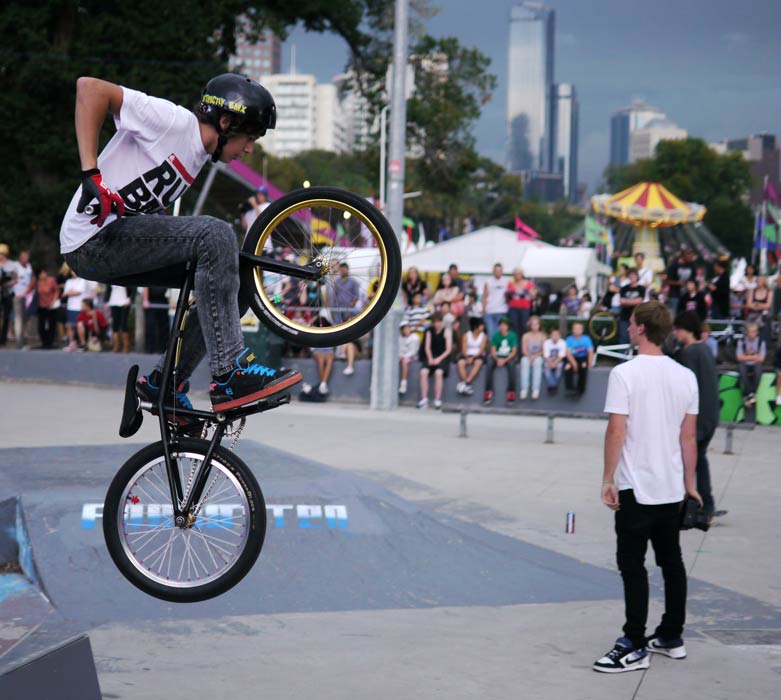 Then, with little warning, all hell broke loose, with sudden onset of golf-ball sized hailstones and cyclonic wind and rain which dumped 33mm in 30min causing flash flooding and cancellation of the festival for the day – this was the most dynamic super-cell thunderstorm to hit Melbourne’s CBD in 7 years – it dumped 66mm in 30min on nearby Flemington Racecourse where the Melbourne Cup is held.

Check out this short 720p HD video I posted to YouTube at the peak of the storm using the Leica D lens from the “safety” of a crowded, small gazebo – not protection at all for the lightning strikes, but we were lucky in that regard and had no other choice for better shelter.

This is freakin’ awesome man! 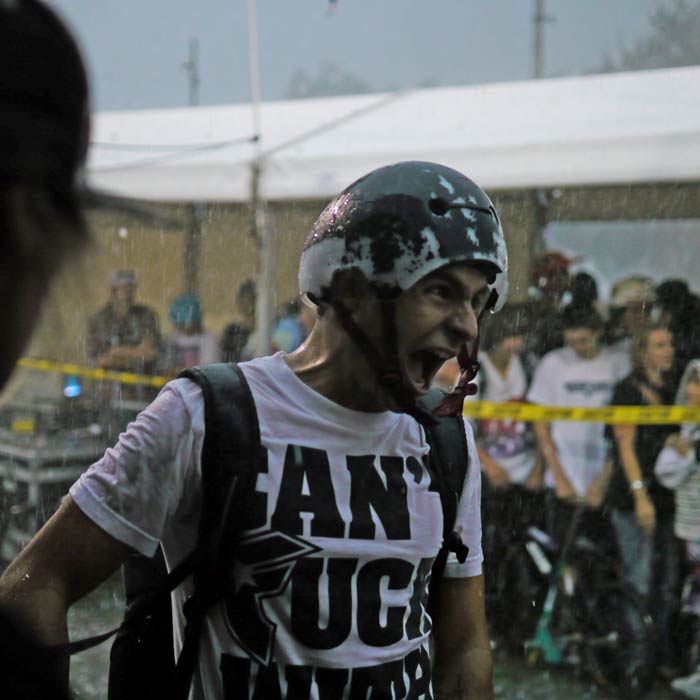 And that Panasonic Leica-D 25mm f/1.4 lens was freakin’ awesome too!

See more of my photos from the event here.

See photos from other people hosted on The Age here.

Will I dare go back again today given that similar storms are forecast again for today?

ps.. my website was down for several hours after this event as the storm knocked out power to my internet provider’s data centre – apologies for that!

Now when will Olympus or Panasonic introduce a weather-proofed Micro Four Thirds camera and lens?