On Easter Monday, I thought i would check out a local forest which was hand planted some 100 years ago in central Victorian highlands which makes it rather unique in Australia as it is mainly trees from northern hemisphere origin.

I had never been to this forest before and as it was a beautiful sunny early Autumn day, it would be great for a walk, but probably too sunny for great photographic forest landscape shots.

I only had an hour or so, so I took my beloved Panasonic GH-1 and Leica-D 25mm f/1.4 lens with the primary aim just to document ideas for shots in better lighting and when I had more time.

In stark contrast to native Australian Eucalypt forests, this man made forest of diversified trees including conifers, and oaks, had a very different ecology – most noticeable were the multitude of introduced mushroom species including the poisonous, hallucinogenic, Fly Agaric (Amanita muscaria) and the very weird absence of the usually omnipresent Australian native bull ant – which I must say made the walking a lot more relaxed, as no-one enjoys being stung by those ants!

Maybe the bull ants are killed by the Amanita, or they need Eucalypt habitat?

The flip out swivel LCD screen of the GH-1 was fantastic as usual for ground level work of hand held shots of mushrooms – the following two are at the closest focus of this lens and show the difference between f/1.4 (the first one) and f/2.8, – oh, and I do love native 16:9 image aspect ratio which is available on the GH-1! 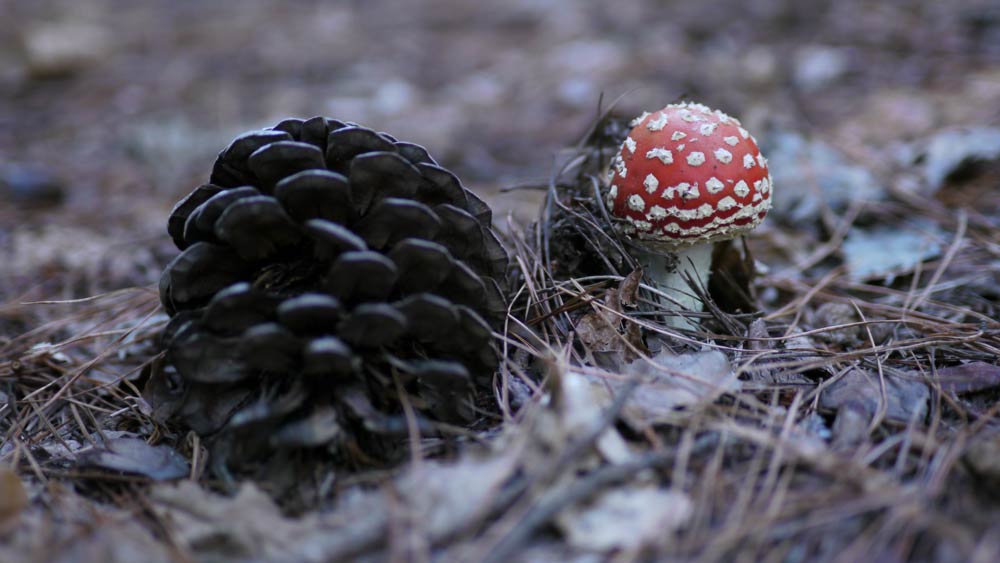 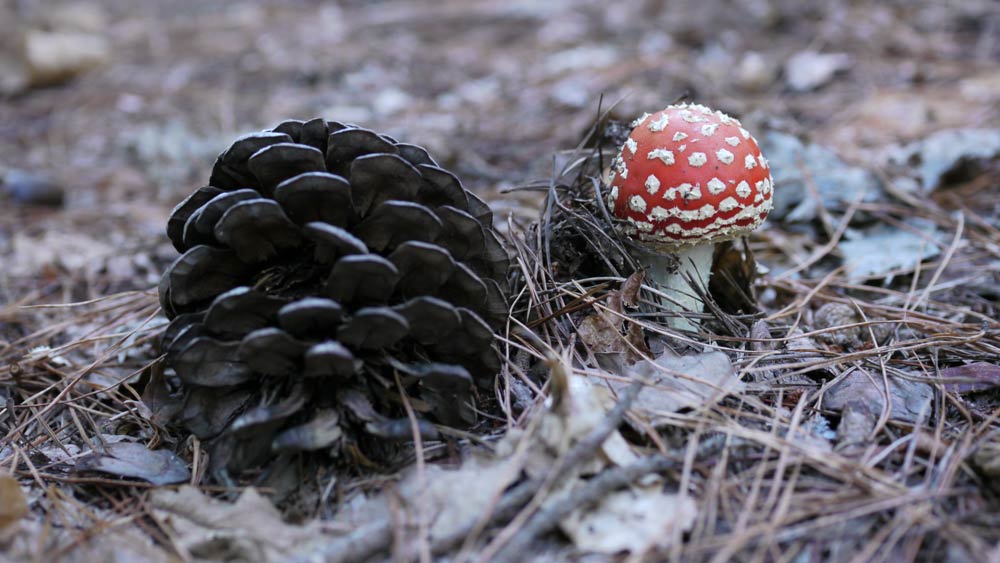 and here is a more mature Amanita muscara: 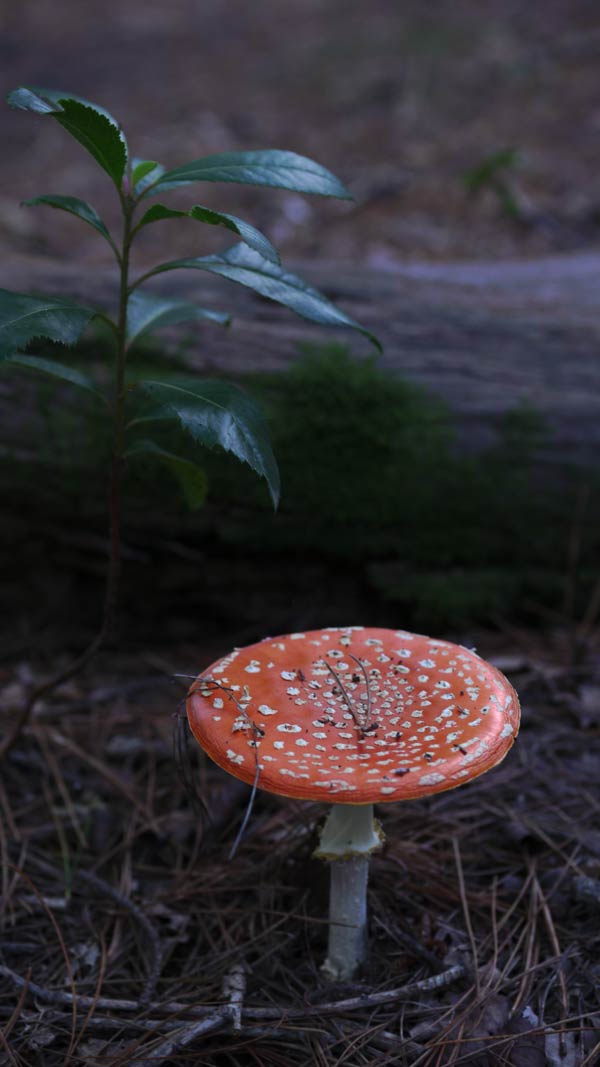 and of course, I better show a sample of this lovely forest: 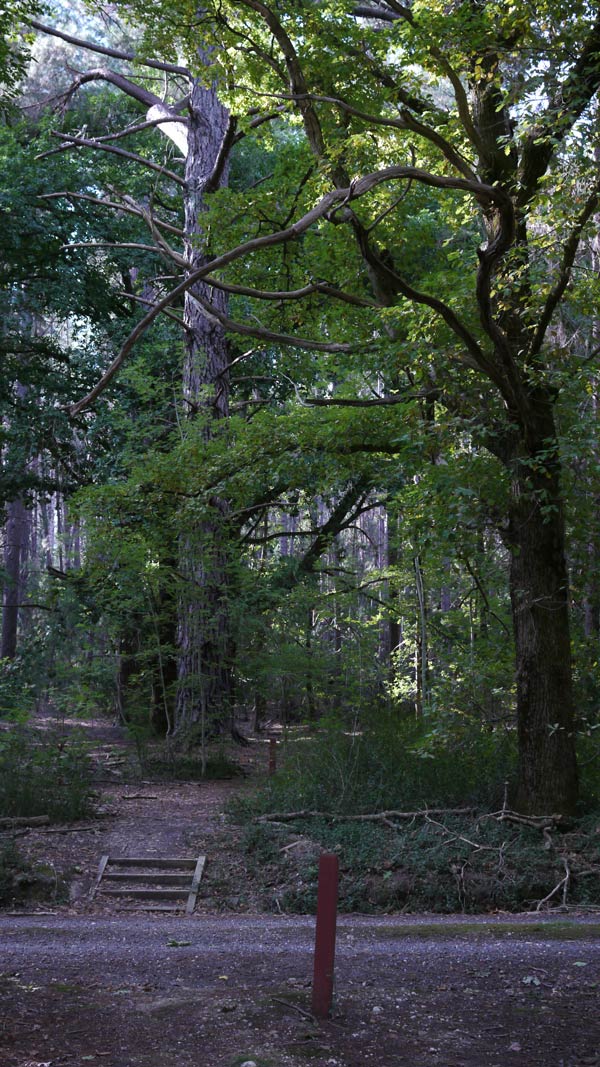 more photos from the walk here