I was helping another photographer yesterday shooting a very quirky fashion style shoot in the middle of the busy streets of Melbourne’s tramways. Instead of me holding his strobes, I suggested I show him what my lowly Olympus E510 could do from 100m away at a 35mm equivalent focal length reach of 800mm hand held.

Even with this relatively compact outfit in the fading light, many passing by asked who the famous model was and did their best to distract me so I would get hit by a tram.

Despite my shakes, the image stabiliser on the E510 worked well enough at 1/200th second, f7, ISO 400 to take shots like this one. 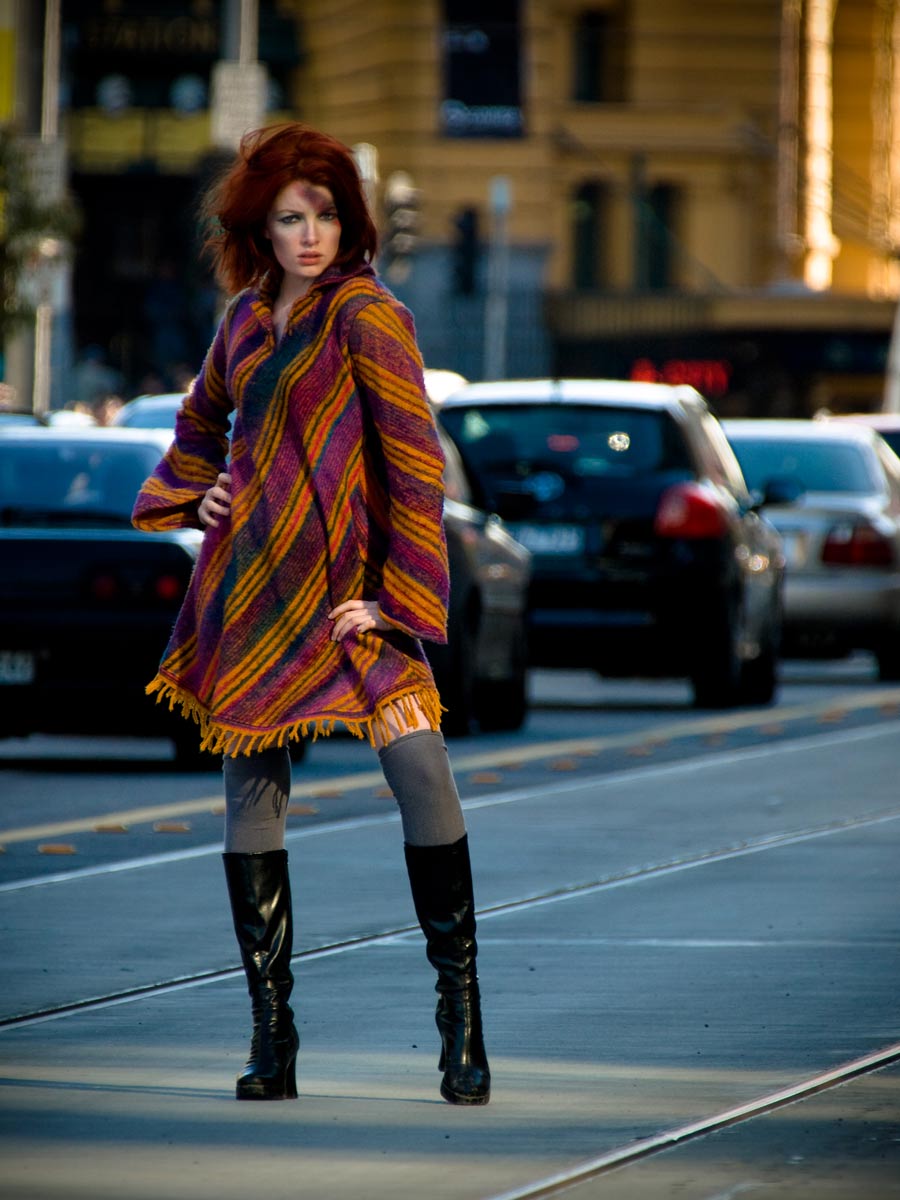 Now, the 60’s outfit, etc will not be to everyone’s taste, and the sharpness may not allow a poster size advertisement to be scrutinised closely without criticism, but the point of the shot is, that this shot with such a compact, carry anywhere outfit is currently only possible with the Four Thirds system and in this case with two great optics – ZD 50-200mm f/2.8-3.5 SWD and the ZD EC-20 2x teleconverter.

For the tech heads, I have added some vignetting and contrast in Lightroom and some selective sharpening in PS.

Now, I had to also demonstrate to him how good the ZD 50-200mm lens is on its own at 200mm (ie. 400mm eq. focal length) for outdoor portraiture to blur and compress the background.

This time we are in a back alley in Melbourne’s CBD, and we decided to go for a non-traditional, emotive portrait with a bit of anguish, and a touch disturbed – I do like emotional expressive works when dealing with people as a canvas. perhaps the model read my mind! 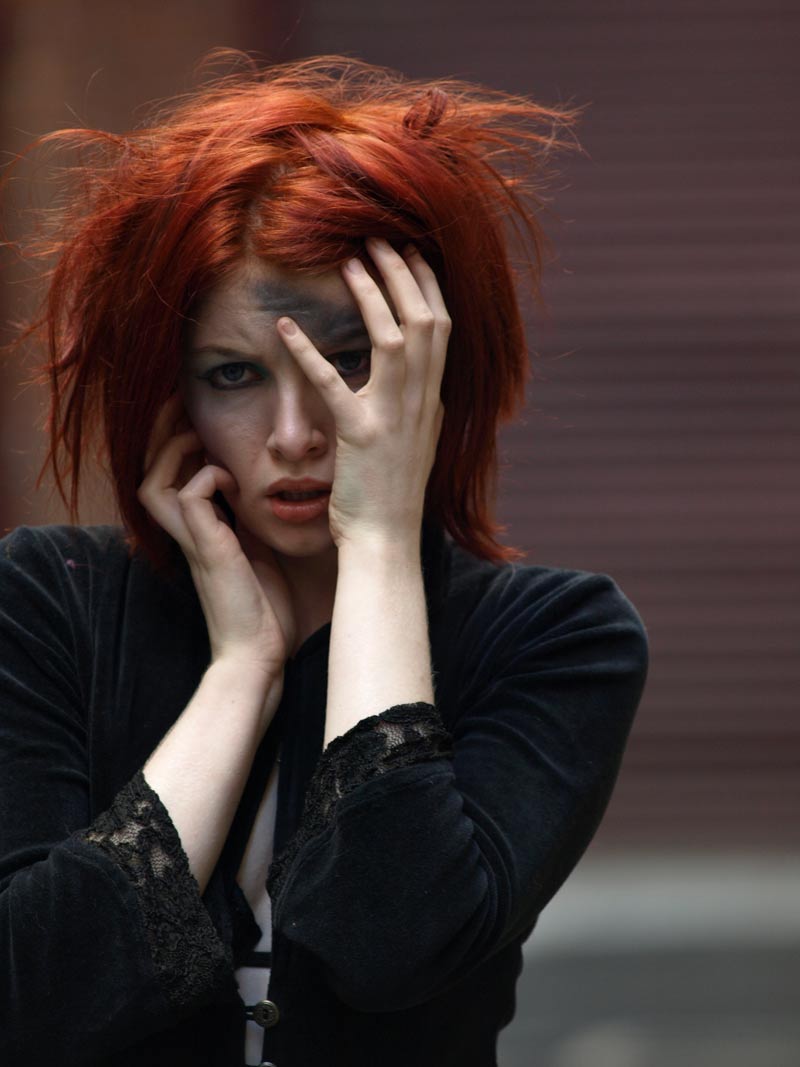