Just to prove you don’t need an expensive camera like the Canon 1DMIII in my last post, or a IR-modified camera to do digital infrared photography, this post is to show you that the Olympus dSLRs have some advantages over other un-modified dSLRs. 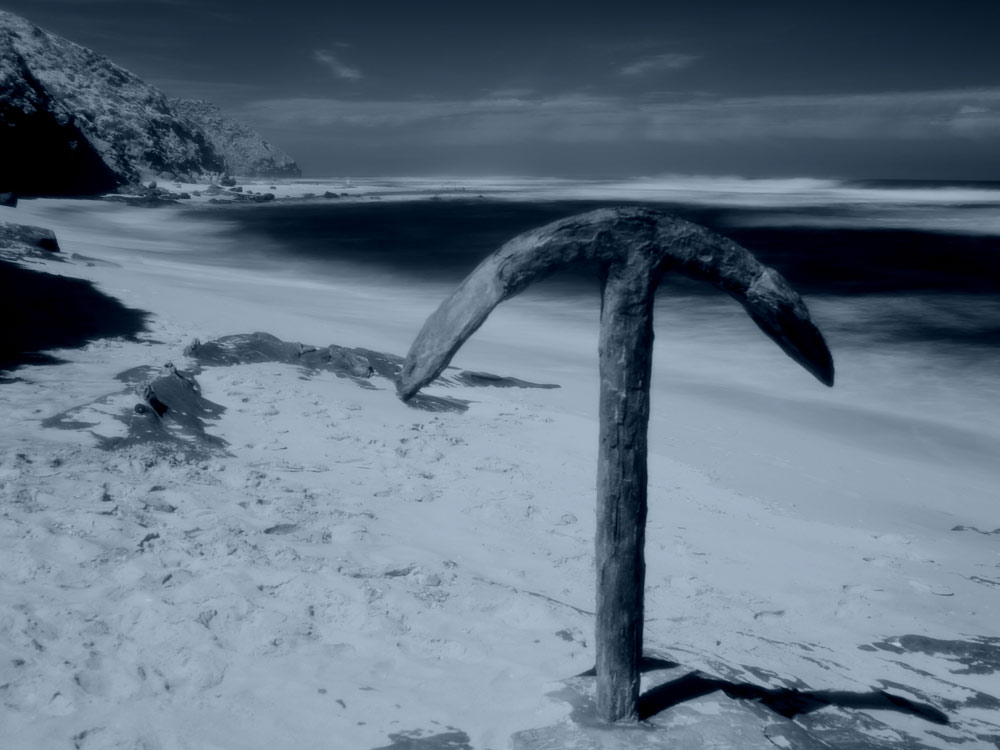 As with the Canon 1DMIII and other current un-modified dSLRs, the strong IR blocking filter means you will need to use a tripod and long exposure times which can be an advantage as mentioned in the previous post.

I chose the Olympus ZD 50mm f/2.0 macro lens for this IR beach shot as it has a 52mm filter thread and thus I can use an inexpensive 52mm Hoya R72 filter on this lens and via a 49-52mm step up ring, on the Olympus OM wide angle lenses (On the Canon and the Olympus, I can use the 21mm, 24mm and 28mm lenses all with 49mm threads).

Another reason I used this lens is that its wide aperture combined with Olympus’ unique Live Boost live preview means I can compose and autofocus in bright sunlight, and indeed, you can actually see enough in the optical viewfinder to compose in bright sunlight.

It also has the advantage I don’t have to manually close down the aperture as with the OM lenses.

Otherwise, the technique is similar to that I posted for the Canon 1DMIII.

Here is another shot with sepia toning: 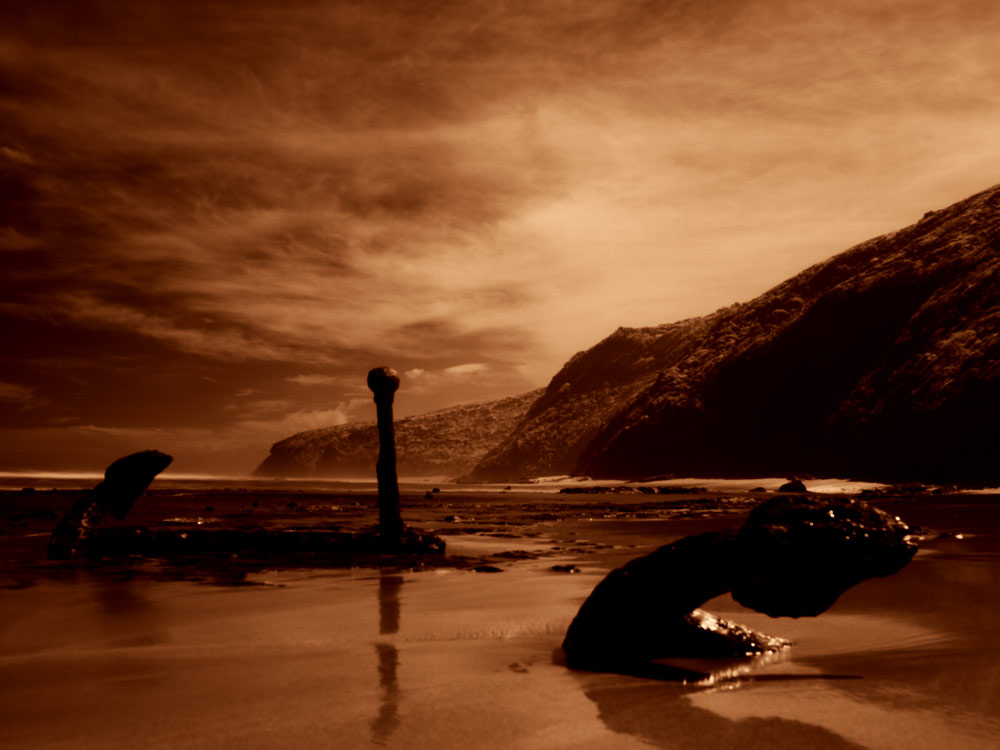 To get this shot, I used a very compact cheap tripod in the water so it is not as steady as the previous one, and to top it off just after the shot was completed, a wave splashed over my E510, but incredibly, after a bit of a rushed shake and clean down, it kept working and has done so ever since (fingers crossed).