This week my friend and I took the opportunity of clear skies and no wind to brave the Winter cold and set up his computerised telescope mount and Williams Optics 4″ f/7 refractor telescope.

Just before the clouds came in, I managed to swap his Nikon D700 with my Panasonic GH-1 Micro Four Thirds camera body, and without having time to check focus (and forgetting to switch to my usual RAW + JPEG), I managed to get one shot in.

Thankfully, it was practically parfocal with his Nikon D700 and even though the GH-1 had twice the magnification as the full frame D700, the focus was very acceptable.

I decided to shoot at ISO 3200 despite knowing that my version of the GH-1 (being one of the first), suffers from severe banding noise at high ISO.

Nevertheless, given the circumstances, I am very happy with this shot which was an unguided 60sec exposure at f/7 with automatic dark frame noise reduction done in-camera and the only PS was levels to darken the background and minimise the banding, and, cropping and  resizing for the web (no sharpening or NR in PS):

I have always wanted to image this globular cluster as it has always amazed me at how many stars can be located in one cluster like this – just awesome! 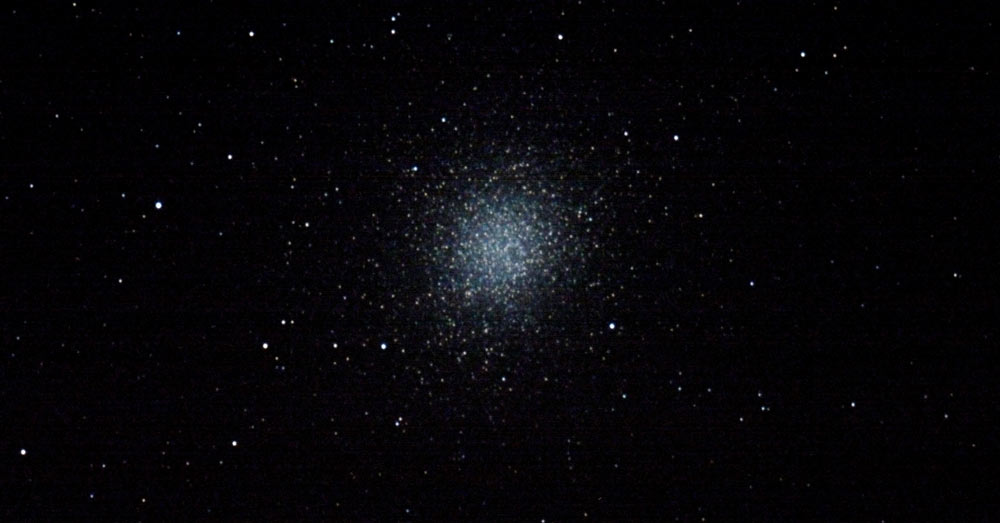 The Nikon D700 having the same number of pixels but much larger photosites given the larger sensor, obviously had much less noise but was also at half the magnification – you can’t have everything!

Unlike my Olympus dSLR which has Live Boost option for Live Preview which really helps visualise stars, the Omega Centauri at f/7 was NOT visible in the GH-1 EVF or LCD, nor the D700 live view, and thus to focus accurately, I would have needed to find a brighter star or planet.

The banding is an issue primarily with the early models of the GH-1, but most digital cameras, even the Canon 5D Mark II can show banding in shadow areas. It can be reduced using Nik Dfine software – perhaps I shall buy it one day to try it out!

More of my astrophotography can be found here.

And here is my friend’s Nikon D700 version which I think was a 4 minute exposure at ISO 1600 and thus has a lot more stars visible and the centre highlights are blown given the exposure was 4x the exposure of the above GH-1 exposure, and he did not need to resort to adjusting levels to remove banding: 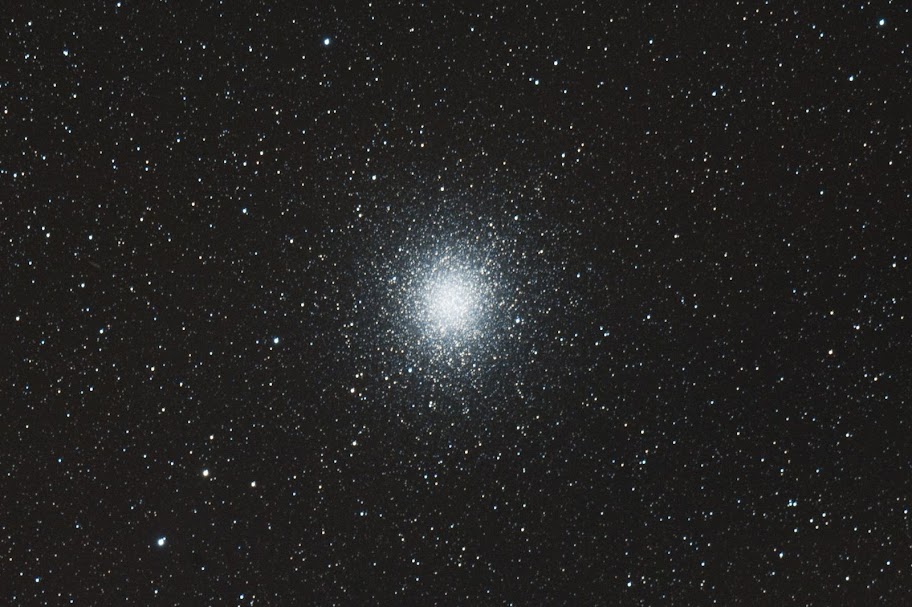