Flying from Rome to Sweden in October is a bit of a shock to the system.

The midnight Arlanda Express train from the airport was safe, clean and fast, although not exactly cheap.

It was time to don the coat, hat, scarf and gloves, and as I discovered too late, a lip moisturiser is a must!

Gone were the crowds of tourists, and the multitude of gypsies, beggars and others who exploit the tourists, gone too was the dirt, grime, litter, graffiti and chaotic traffic.

Gone were the beautifully tanned, olive skinned Italians and replaced with a different beauty, the Swedish blondes.

Gone was the pizza and pasta every day, and replaced with reindeer and elk steaks, and delicious marinated herring, although like most of the Western world, there were many British/American restaurants and bars offering their over-priced hamburgers and fries, or second rate steaks and tourist-oriented unimaginative desserts.

Food, coffee and alcohol were all much more expensive in Stockholm than in Rome, although the food quality from the better, more authentic Swedish restaurants was memorable, and a great culinary experience for not much more money than those rather ordinary steaks from the previously mentioned establishments.

It was fantastic to walk 20 minutes from the Central Station and find yourself in a beautiful National Park which took about 2 hours to walk around the main lake which at that time of year was surrounded in Autumn leaves. 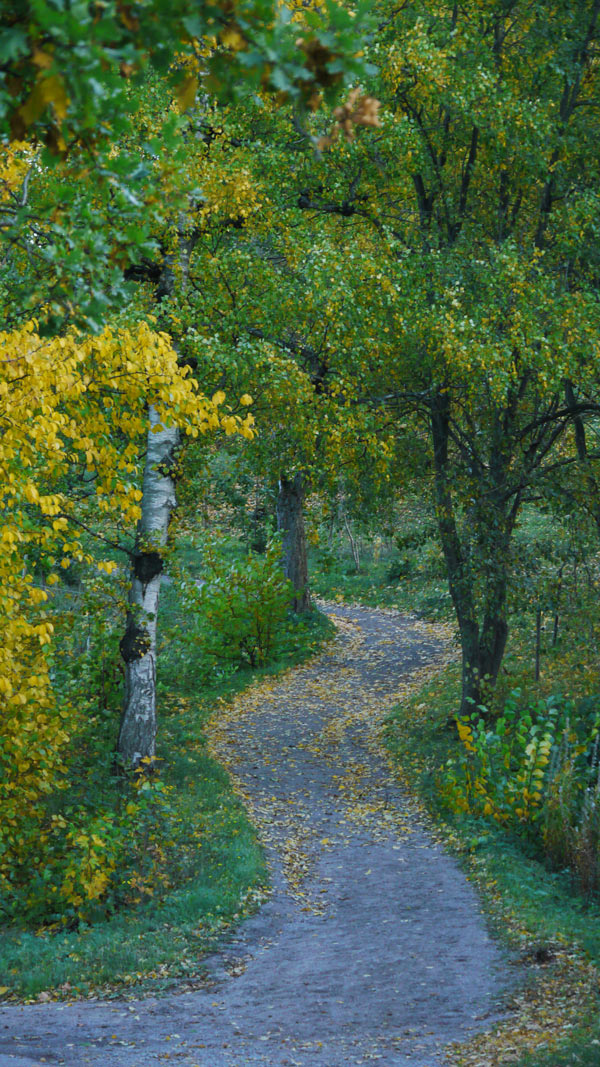 The old part of town, Gamla Stan, is a must see, with some very nice restaurants indeed. 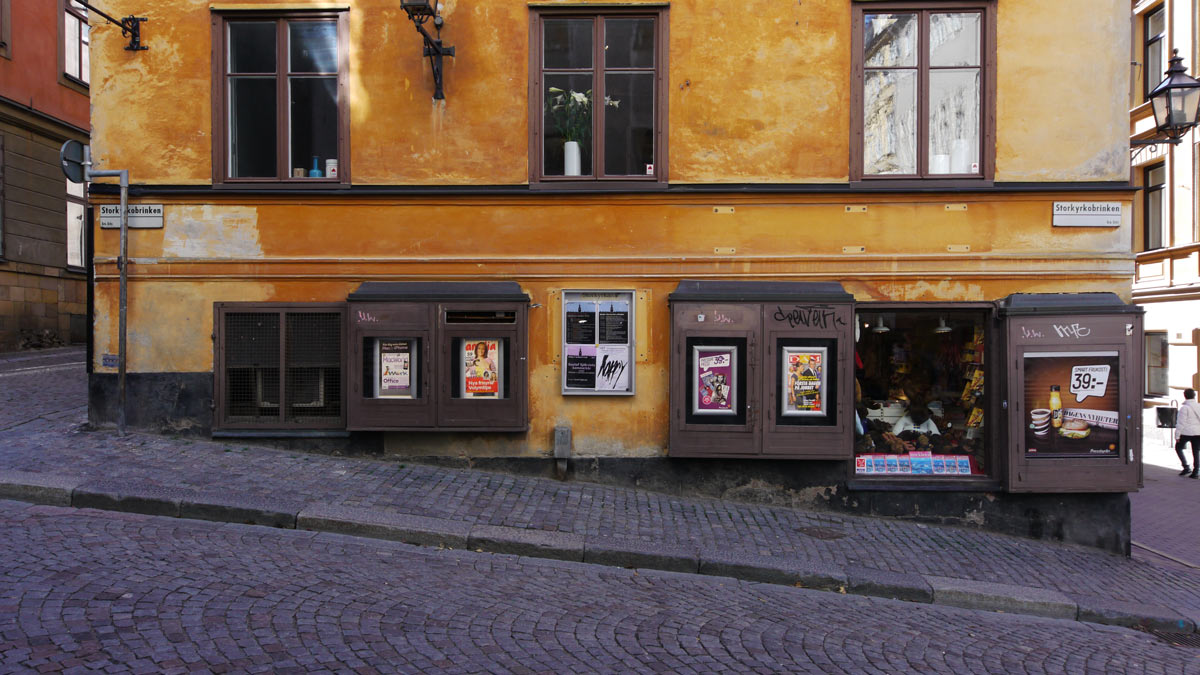 The Stockholm City Hall is where the Nobel Prize is presented, and a feature is the Golden Hall with its 18 million tiles of gold-leaf which form beautiful mosaics – unfortunately, I only had a second to get this shot before it was filled by a crowd, and it is a bit under-exposed, but still shows the extent of the mosaics.

As I wanted to have a very compact camera for this occasion, this was shot with the Panasonic GH-1 with Olympus 17mm pancake lens – one of the few times I resorted to using this lens on this holiday: 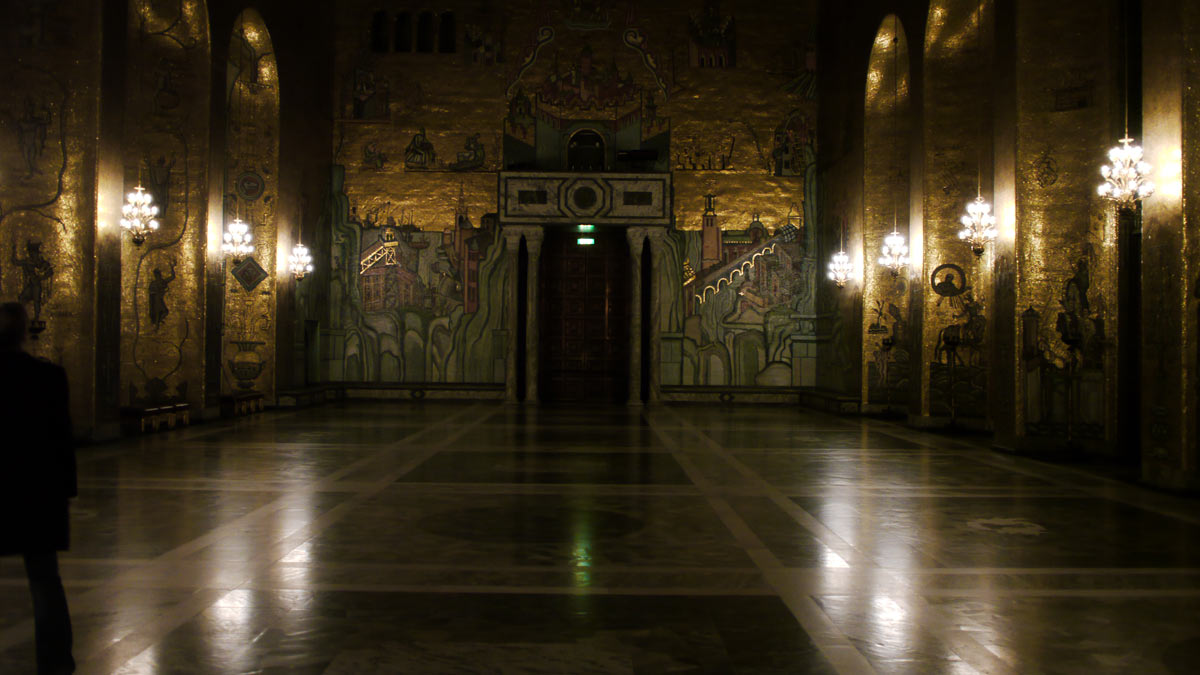 No trip to Stockholm would be complete without allowing a couple of hours to explore the Vasamuseet museum which houses the Vasa – an incredibly ornate preserved wooden ship which was built as Sweden’s largest ship ever with an extra deck of cannons, but sank during her maiden voyage in 1628 due to miscalculation of ship design to cope with the many cannons. Although the cannons were retrieved not long after, it was not until the 1950’s the ship itself was re-discovered and carefully brought to the surface and restored.

This was taken using the Panasonic GH-1 Micro Four Thirds with Leica-D 25mm f/1.4 lens – the lighting in there is quite dim, thus you will need a wide aperture lens, and a relatively high ISO – a point and shoot or dSLR with kit lens is not really going to do the job! 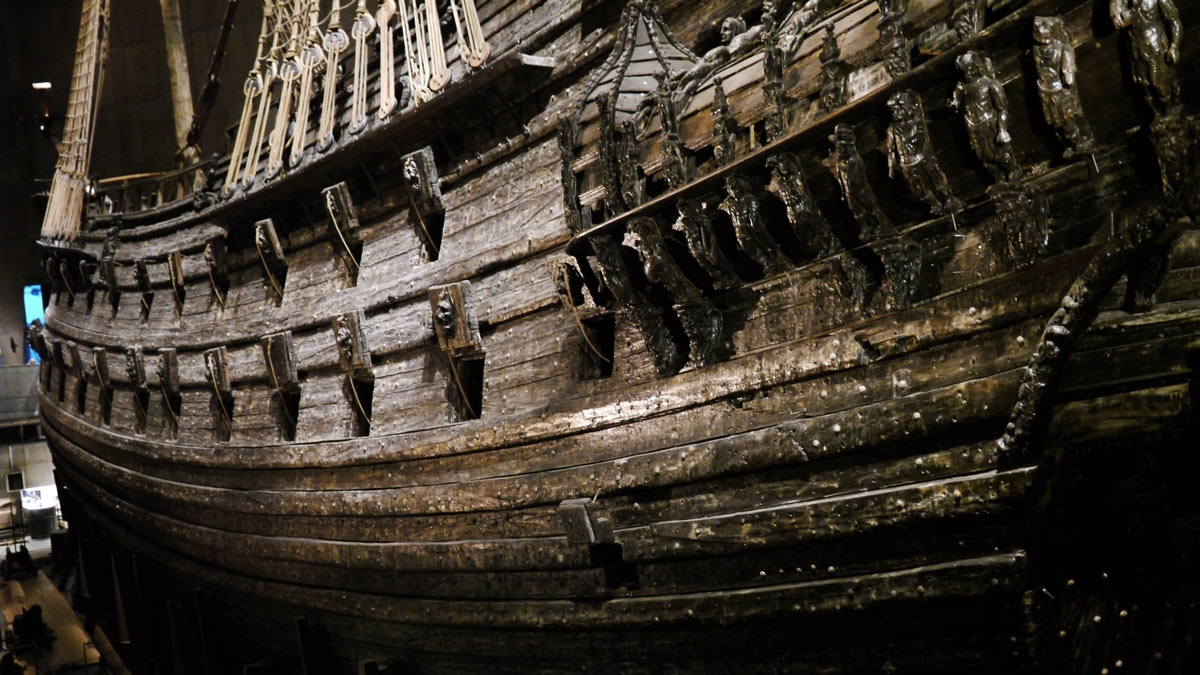 If you can brave the cold, then there are a multitude of sight seeing tours by boat, although these locals in an open boat at sunset with a decent chill factor of the breeze must be well aclimatized to the conditions: 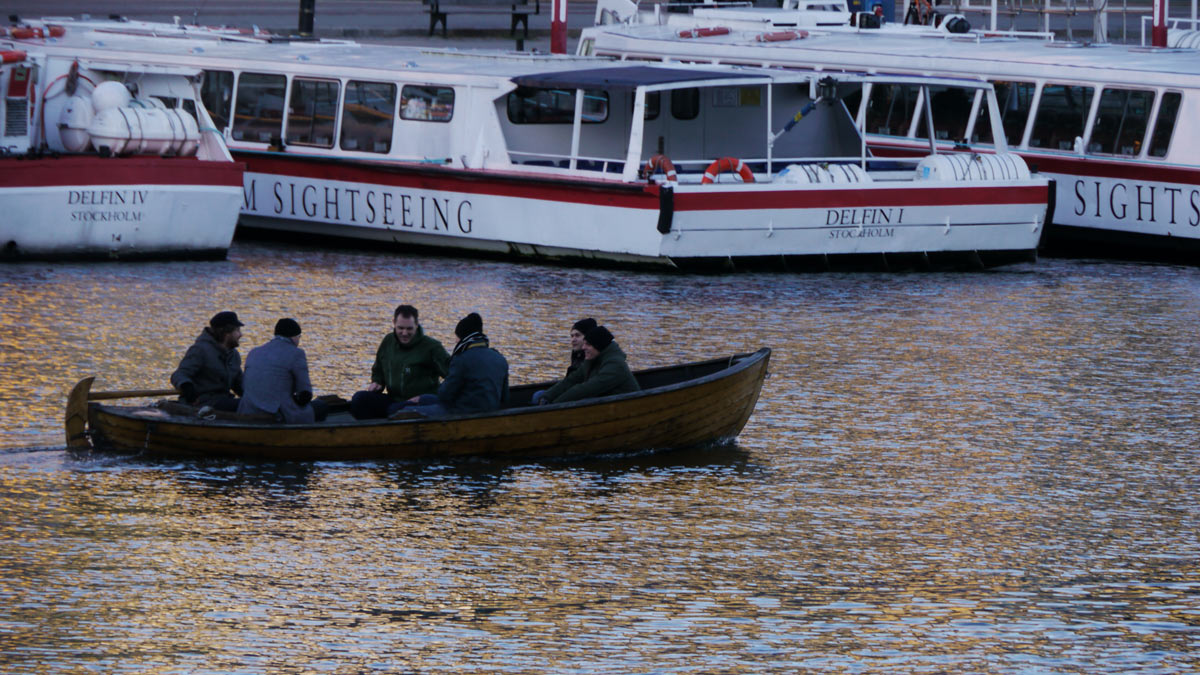 Stockholm is definitely a city to walk around, just make sure you dress for the cool to cold conditions in October, and you will be rewarded with lovely Autumn scenery and nice people who generally speak excellent English. September is significantly less cold and perhaps would be a more preferred month for the traveler wanting to get out walking. 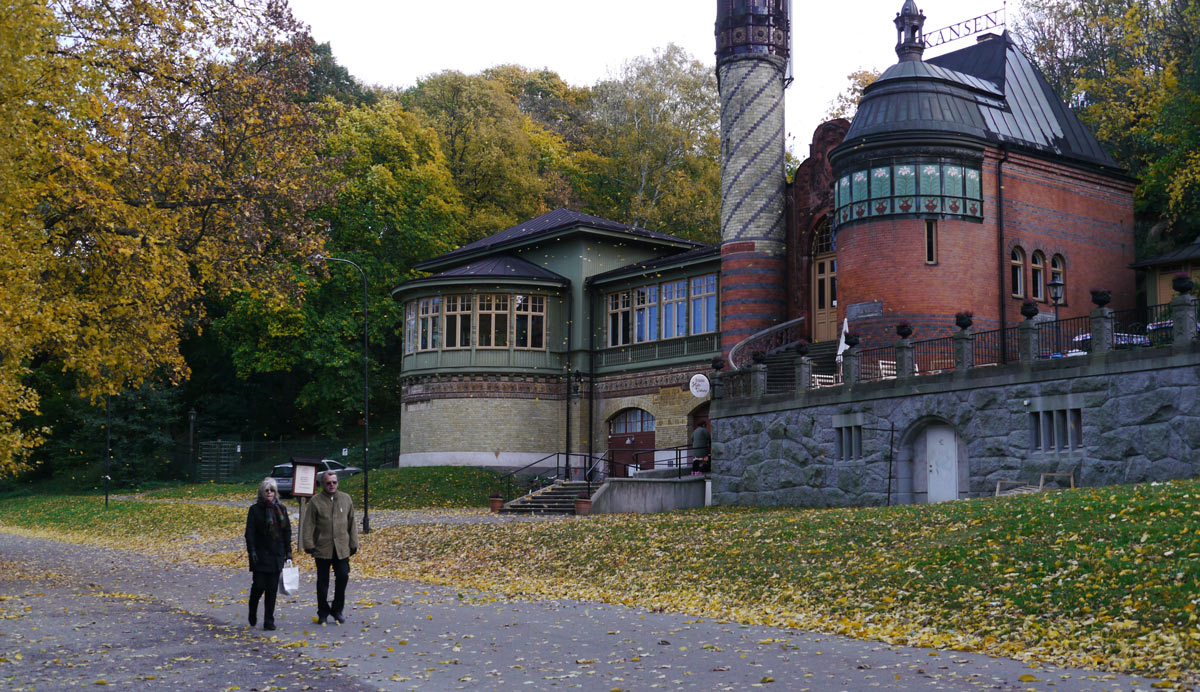 Even in the cool breezes, walking around Stockholm is a most enjoyable experience, with its beautiful harbour 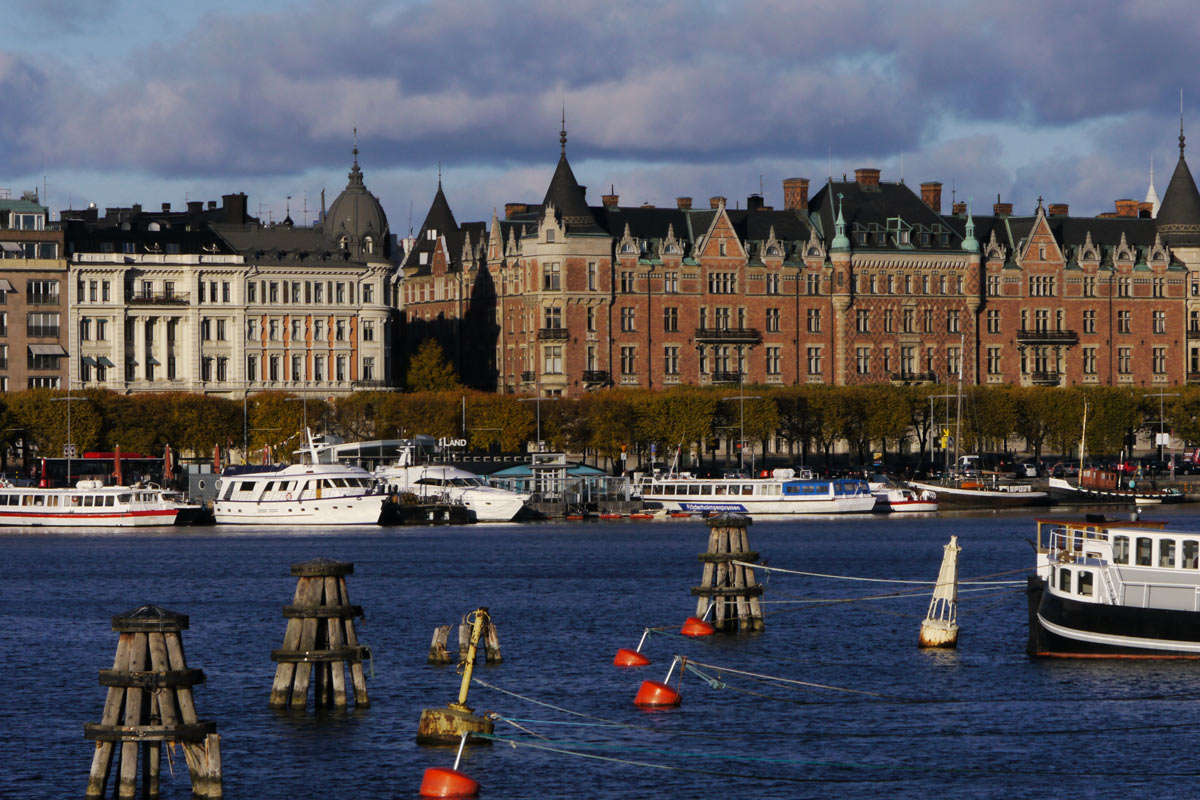 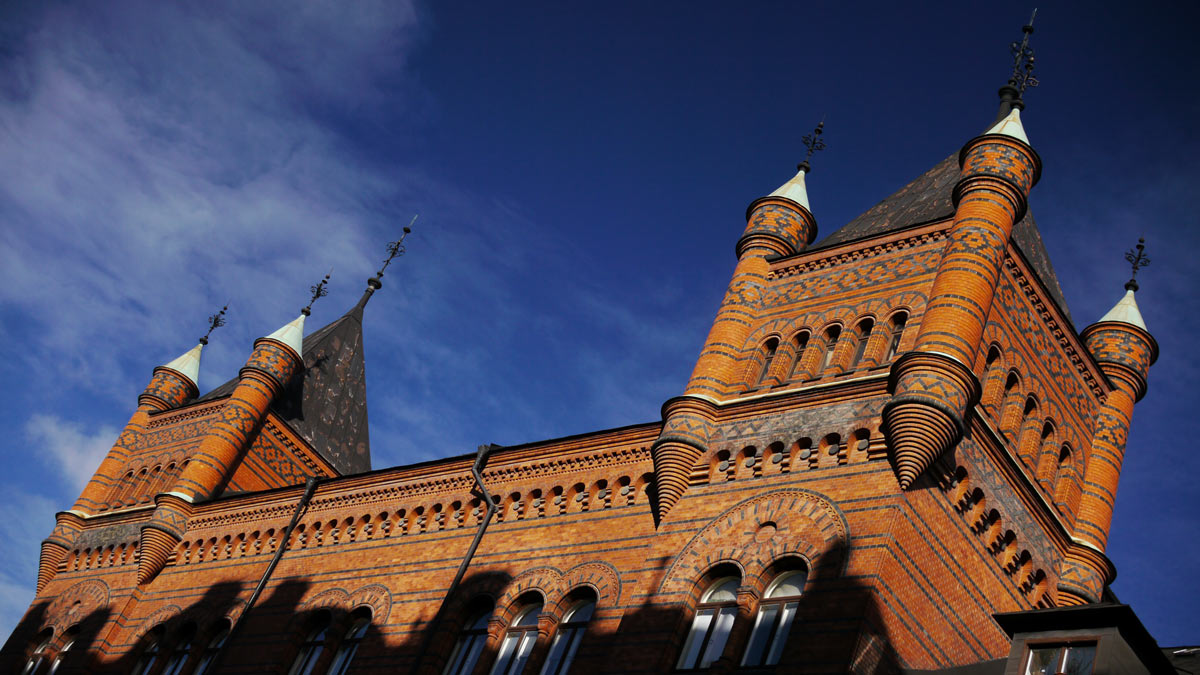 If only it wasn’t so far from Australia!

More of my photos from Sweden can be found here.