Walking the streets of London with my Olympus E-M5

Having arrived in London a few days after the Queen’s Jubilee celebrations finished, many areas such as Buckingham Palace were off-limits due to workman removing the stages.

Nevertheless, I thought it was my duty as an Australian and descendant of a convict – or two, to document a few iconic images of London despite the overcast conditions and lack on nice sunrises to give the classic Golden Hour (not that London’s public transport starts early enough for you to take a train into London before the 4.30am or so sunrise!).

First up we have the fabulous Westminster Parliament Houses and of course, Big Ben – here I used a Cokin tobacco gradient filter on my Panasonic 14-140mm lens to make it a bit more interesting given the otherwise boring gray skies, and it was cropped in a iPad app and uploaded to the net, although this version has been further down-sized in Lightroom:

And, the once cute black cabs, which have now been taken over by consumerism (sadly Picadilly Circus is now starting to look a bit like New York’s Time Square with it’s super-sized flashing advertising signs – but I guess that is the sign of the times and money trumps aesthetics and culture): 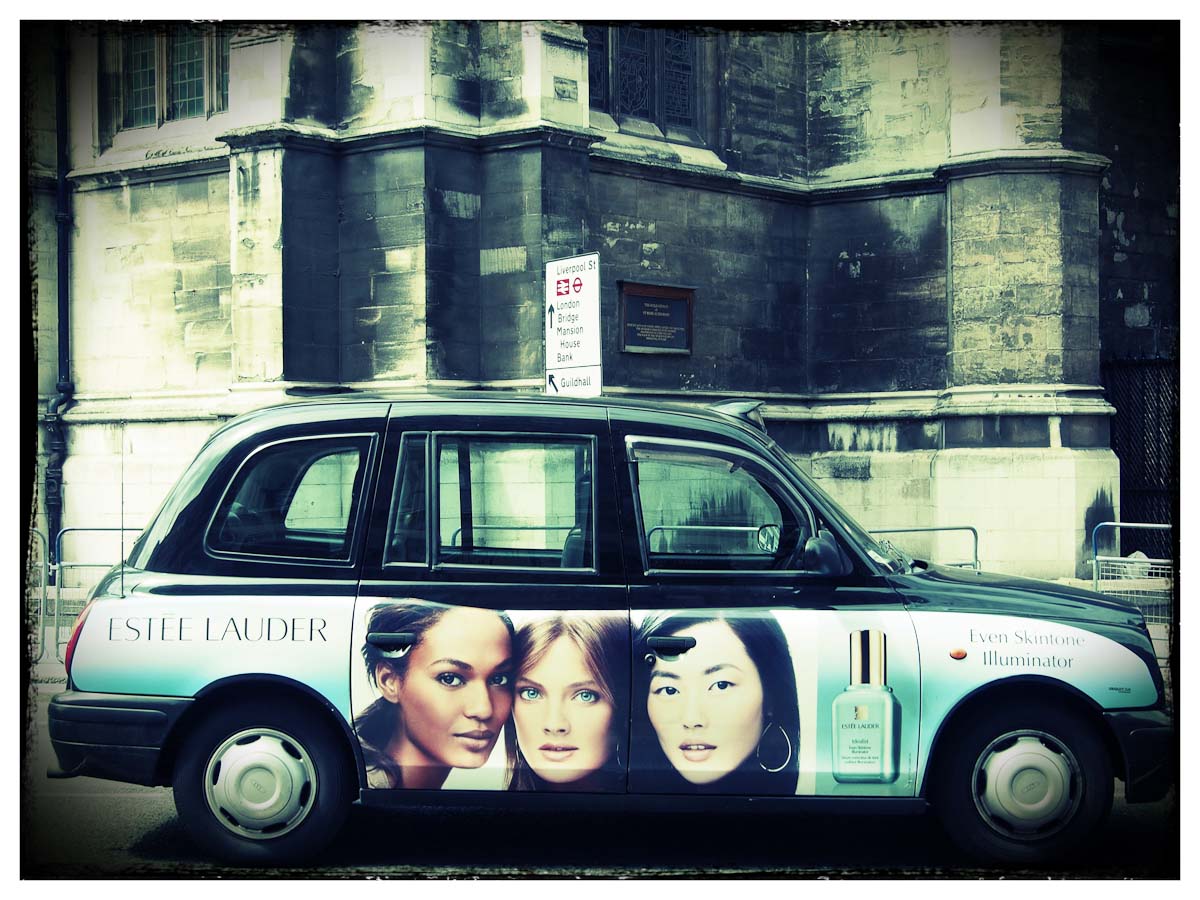 and another waiting at traffic lights at the Black Friar’s pub: 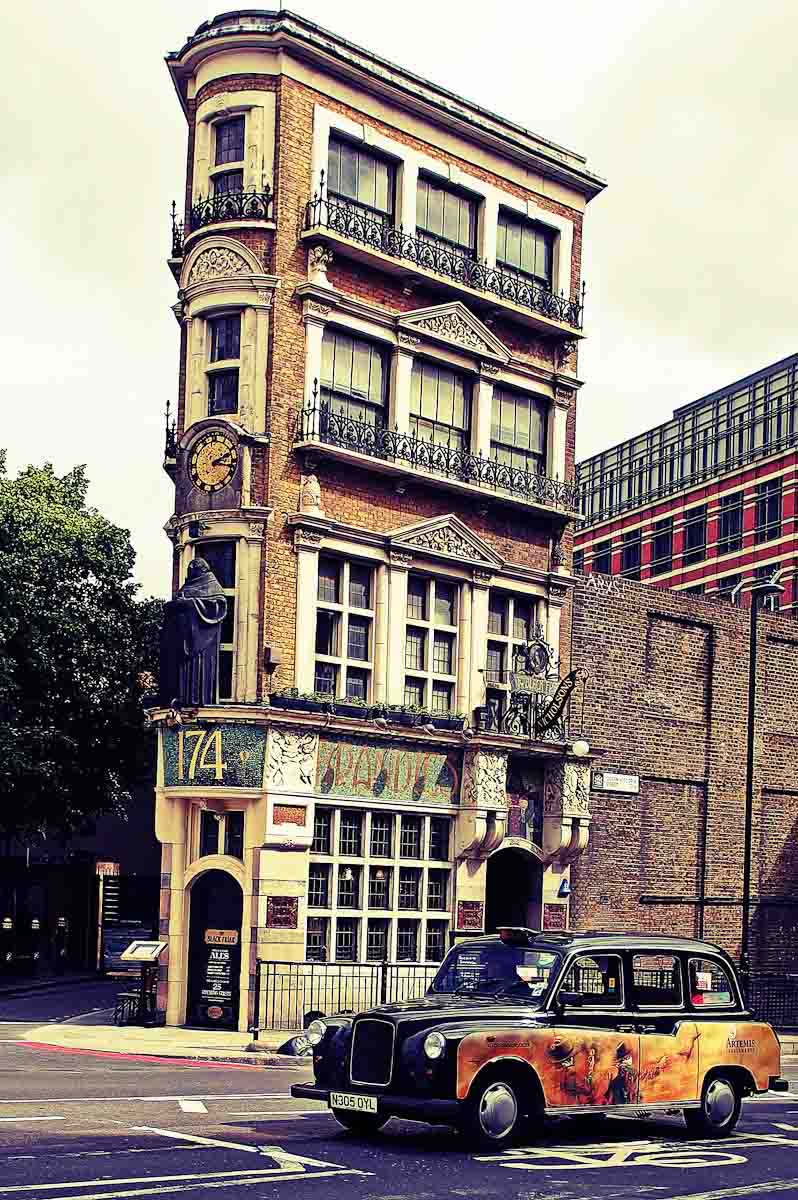 It seems the London youth are fed up with the inequities and injustices created by globalisation exacerbated by the economic adversities resulting from the GFC, although, perhaps unfairly, they are here targeting the Royal family, although a bit of graffiti is nicer than burning down the house: 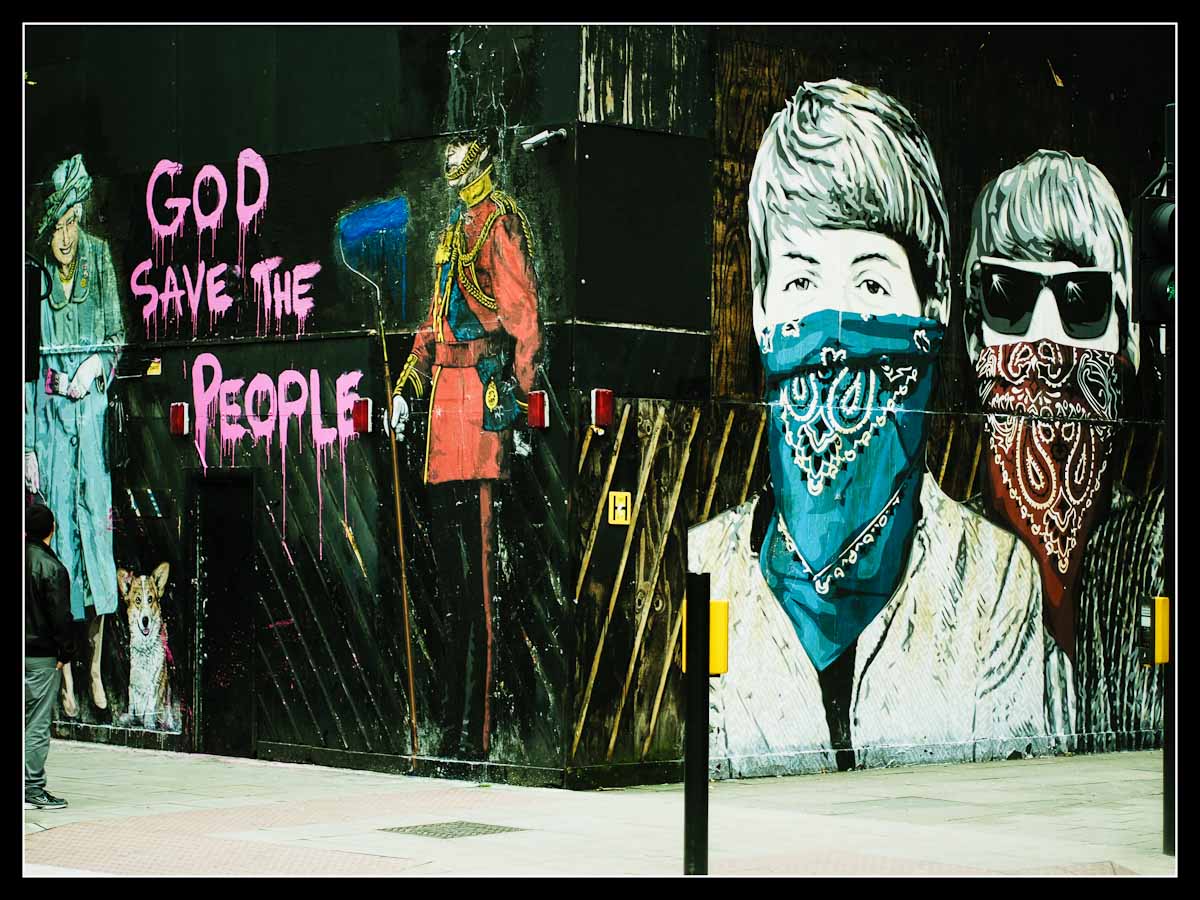