My 1st adventures roaming south-west England in my hire car took me by necessity to the wonderful little city of Bath in Somerset – one of the “must see” tourist destinations in England, and I must say, I did enjoy walking its streets.

Here are a few of my iPad processed shots taken with the Olympus E-M5 Micro Four Thirds camera.

Here I pushed the E-M5 to its hand held long exposure limits again to capture the flowing water of the River Avon at dusk at the 18th century Pulteney Bridge – 1/3rd second exposure with the Olympus 12mm lens: 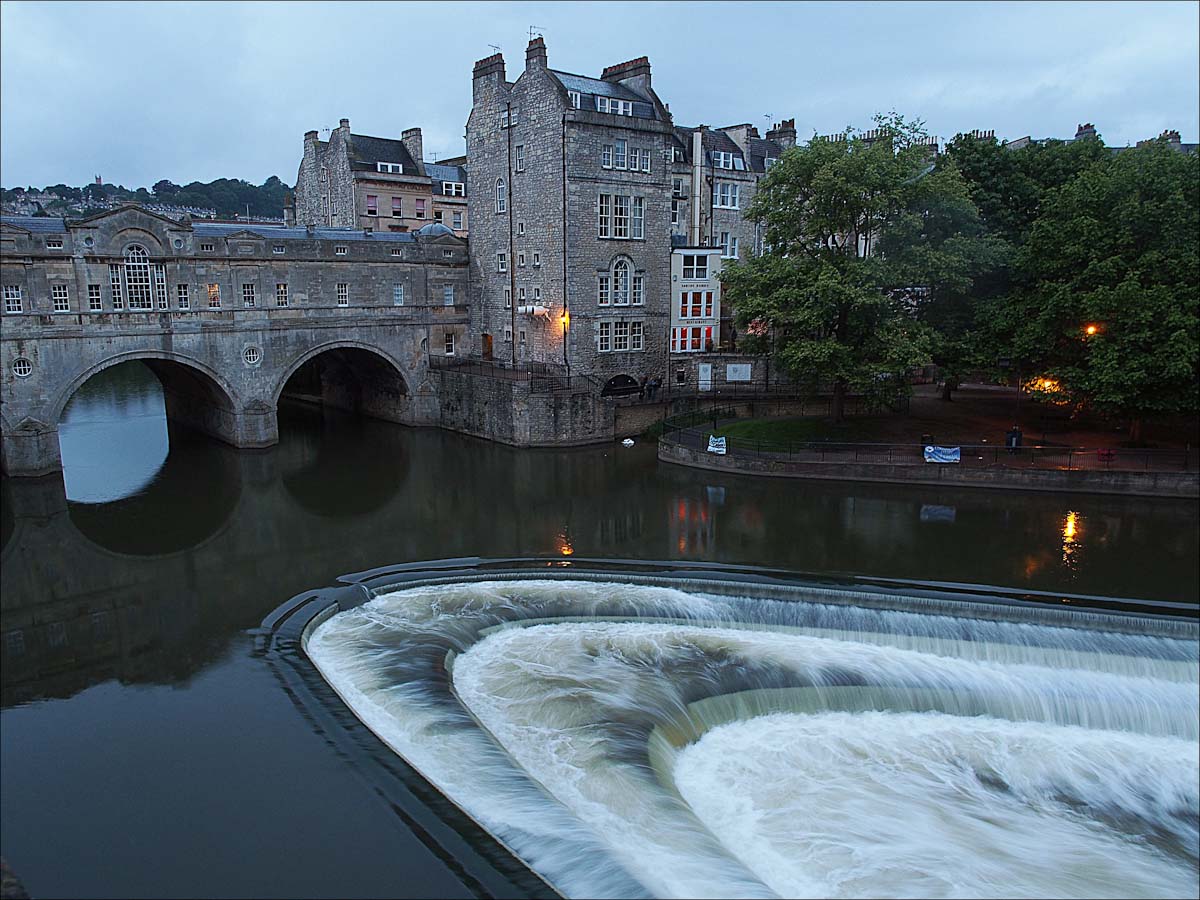 a night time hand held shot in the rain with the 12mm lens: 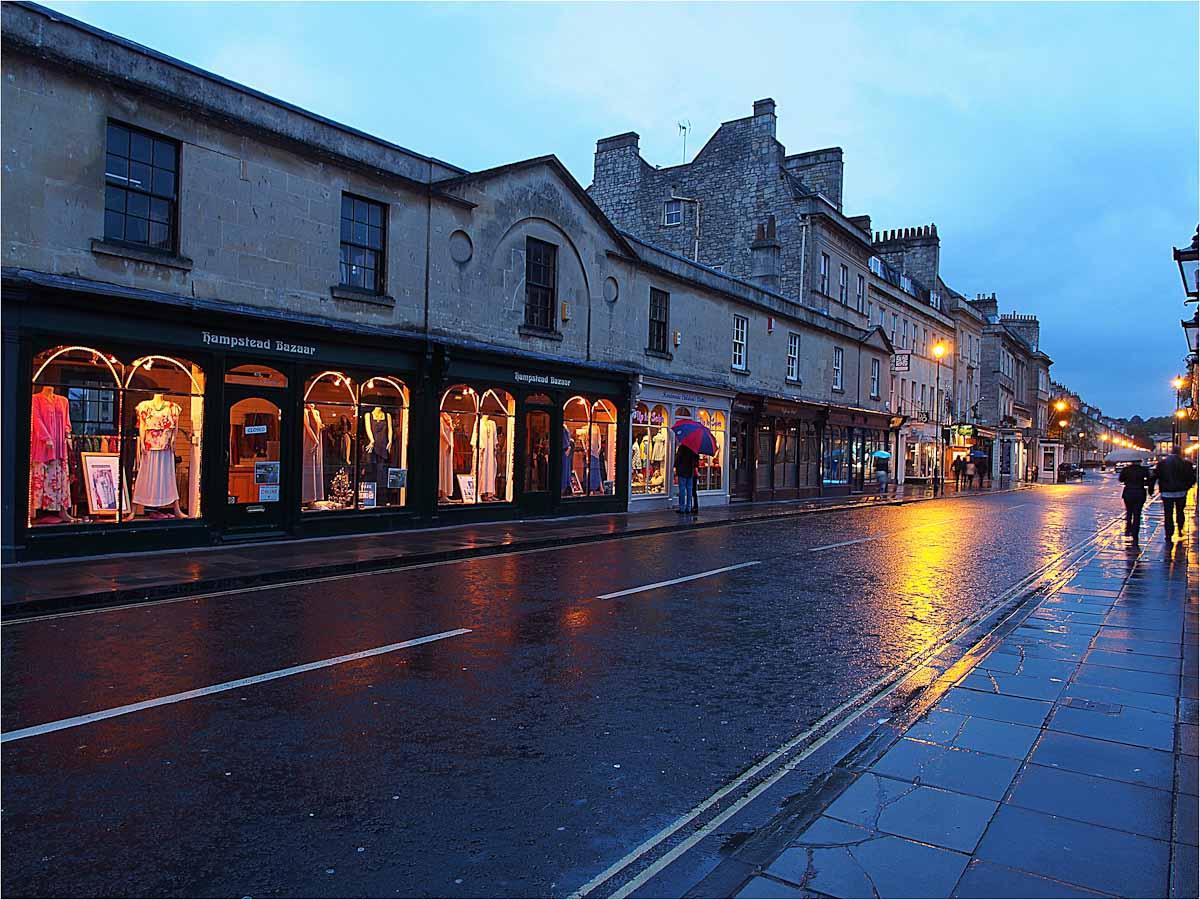 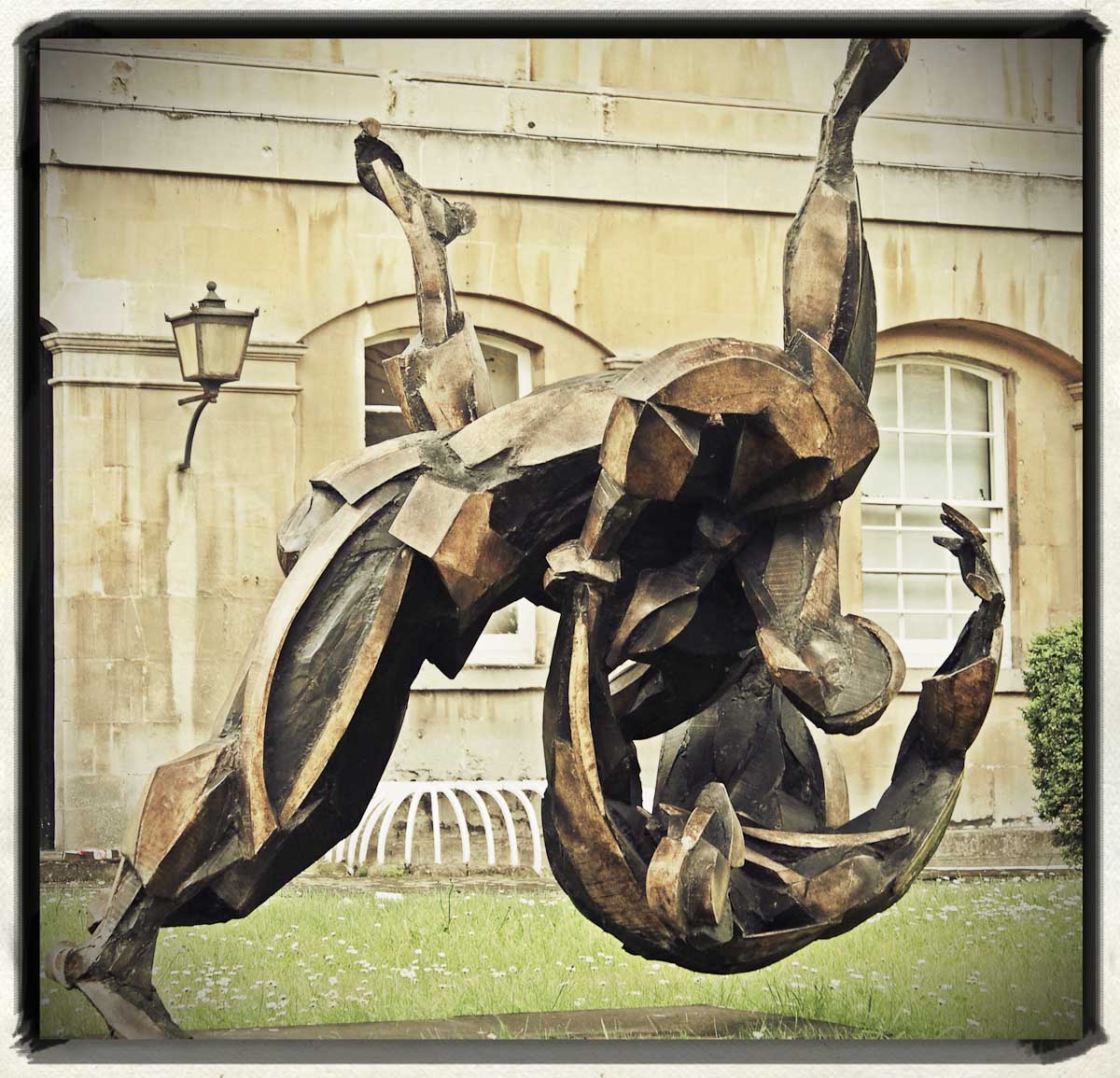 a happy couple in the evening light: 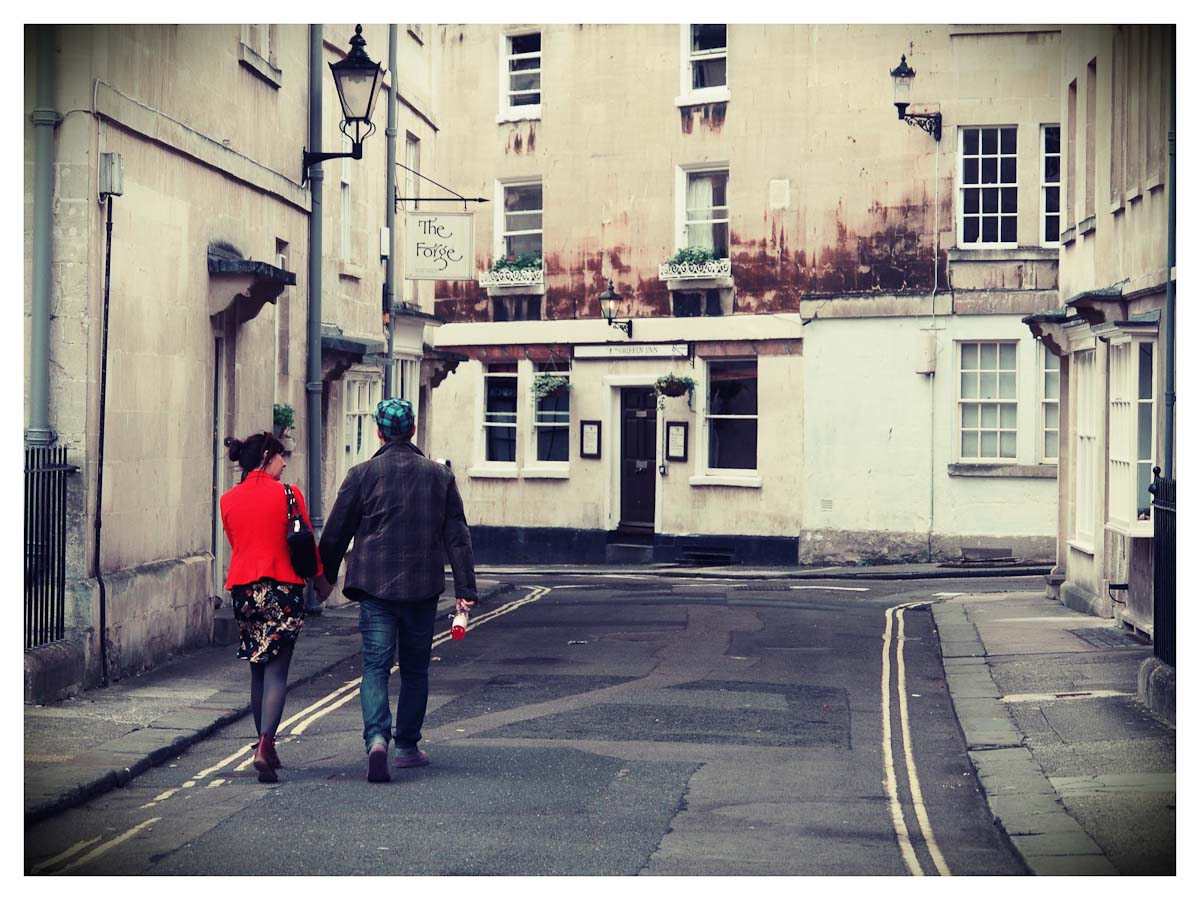 Shepherd’s Hall in one of the back streets: 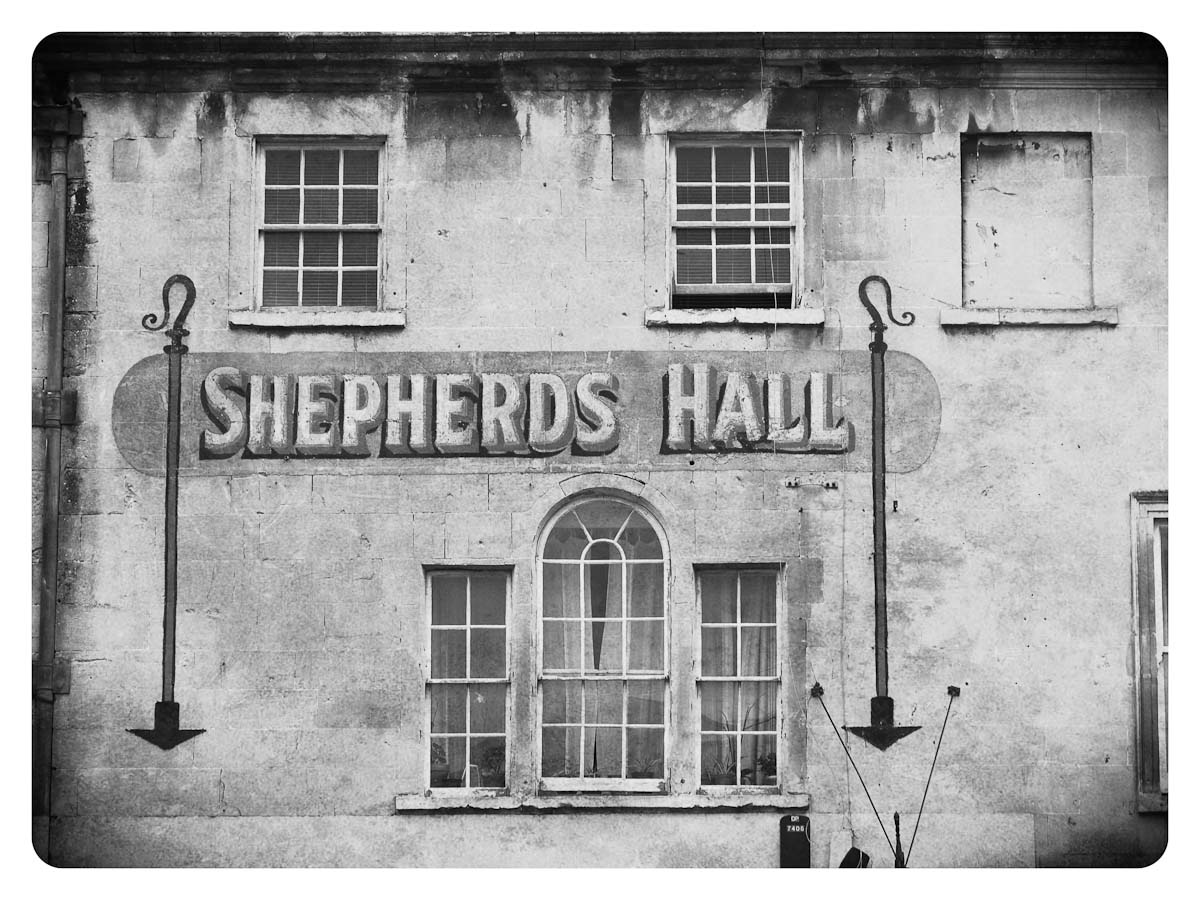 in celebration of the healing powers of water at the early 16th century Bath Abbey – some nice bokeh using the Olympus 45mm f/1.8 lens: 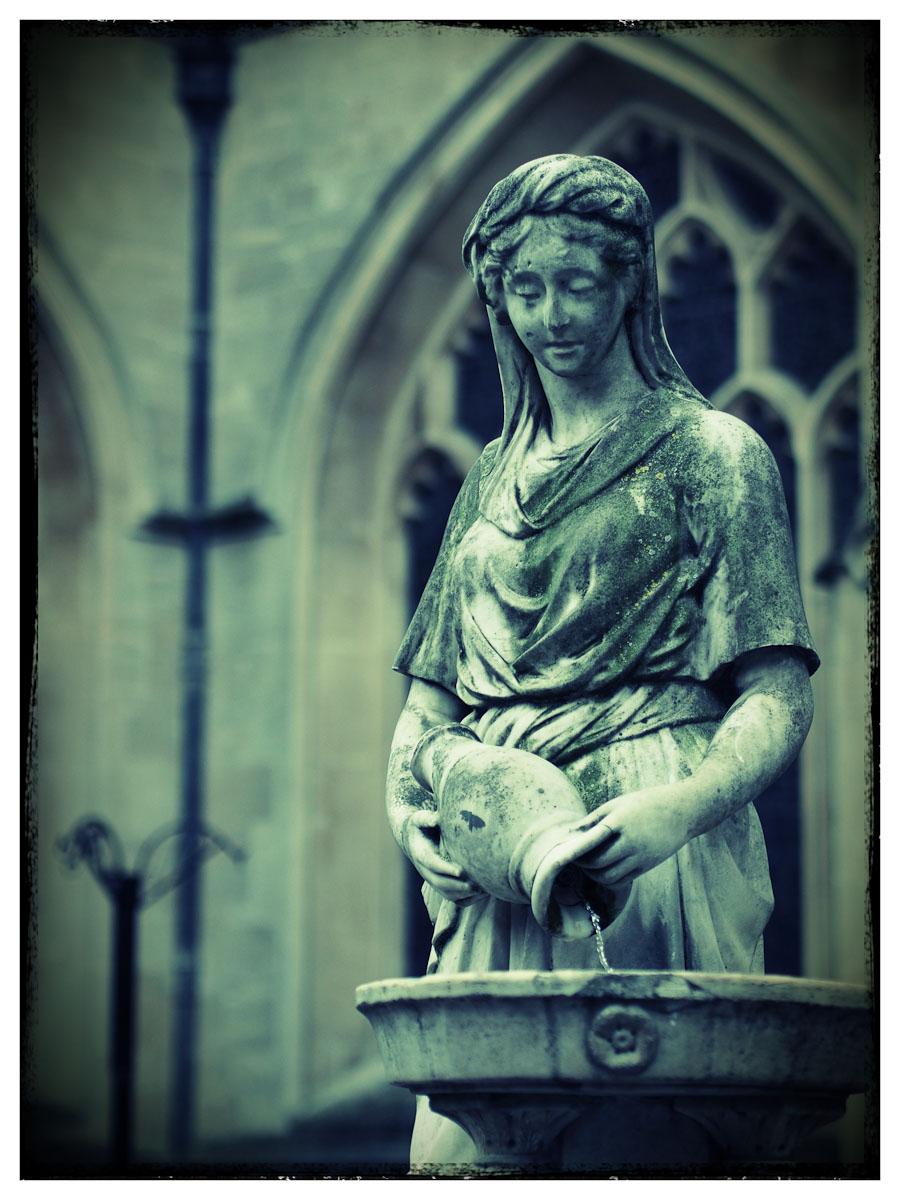 and you can’t visit Bath without visiting the reconstruction of the Roman Baths: 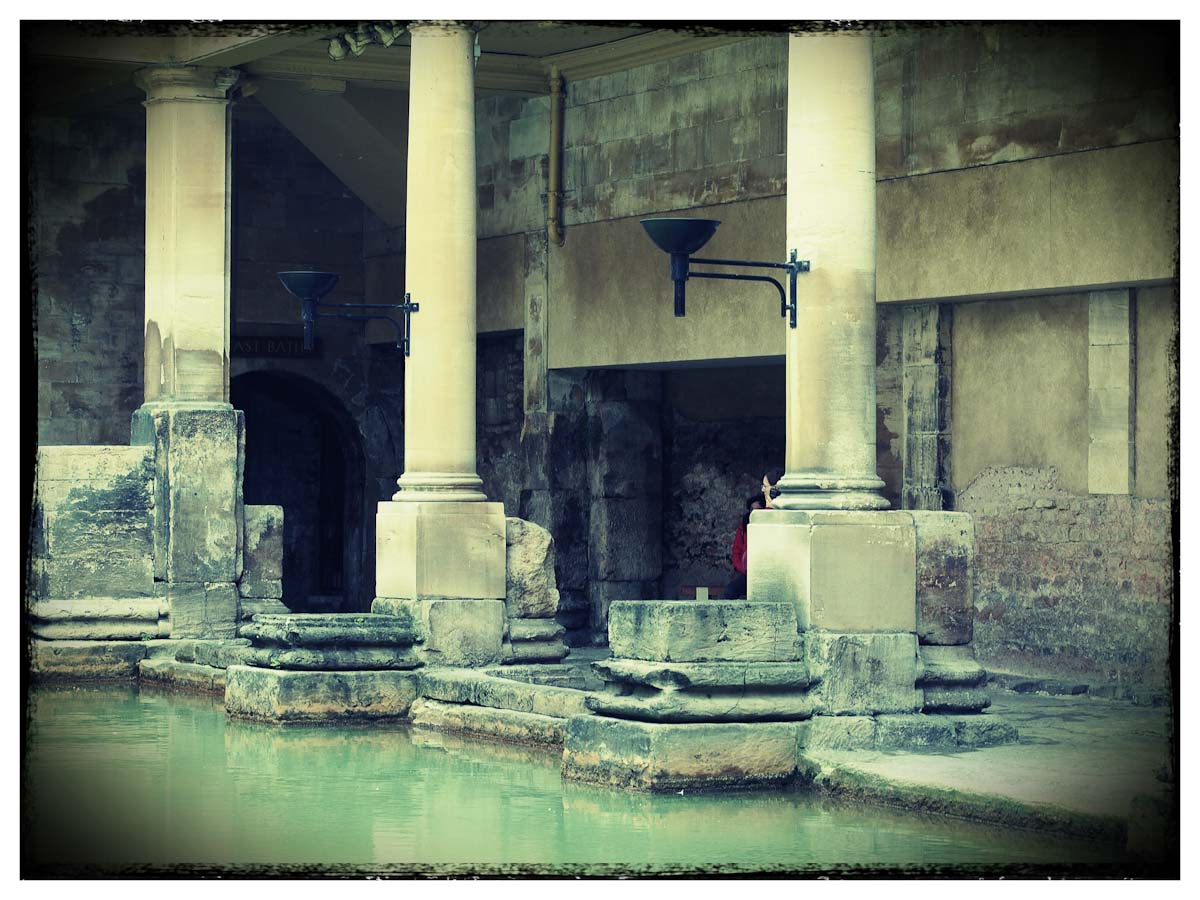 While in Bath, there is much to see, including the Holburne Museum of Art which displays some very nice historical artefacts and paintings such as this one taken with the Olympus 45mm lens (without a flash of course!) by Pieter Brueghel the Younger (1565-1638) depicting a busy farmhouse kitchen at the “Visit by the Godfather” (this is essentially straight from camera with the picture frame cropped, contrast increased a touch, and resized for web – custom white balance taken prior to shot): 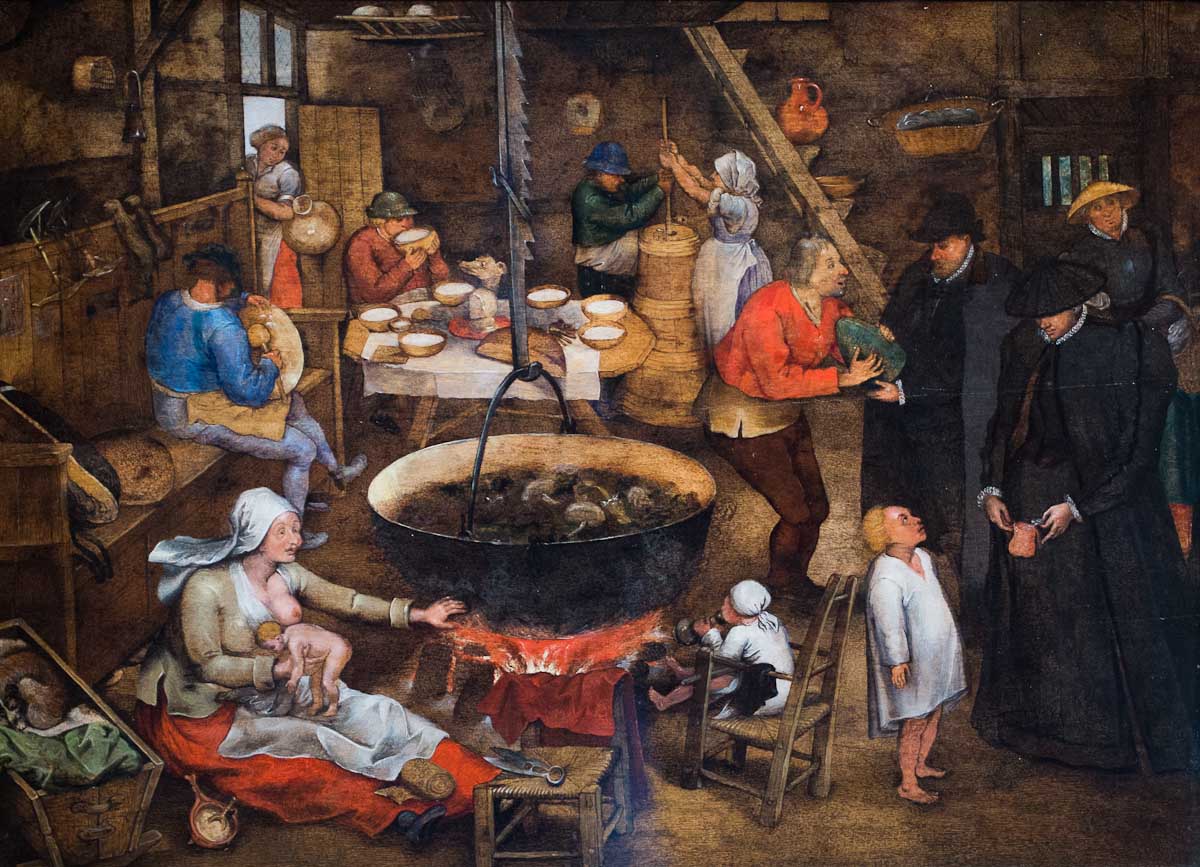 I managed to find some very nice coffee at a cafe called Same Same But Different, and breakfast at Pulteny Bridge on a “Summer” morning was lovely at the Riverside Cafe.

All the above were taken with the amazing Olympus E-M5 Micro Four Thirds camera, more pics on my Flickr set