One of the local hospitals asked me if I could create an image that relates intravenous cannulae with time so they could use in a campaign to reduce complication rates.

Here are a couple of my first cut ideas without any Photoshopping other than some cropping and resize for web.

In other words, they are essentially straight out of the camera – no tricks.

The idea shown on this post is to create an image of a clock visible within a tiny droplet coming from an iv cannula.

You will need to click on these images to get the larger view. 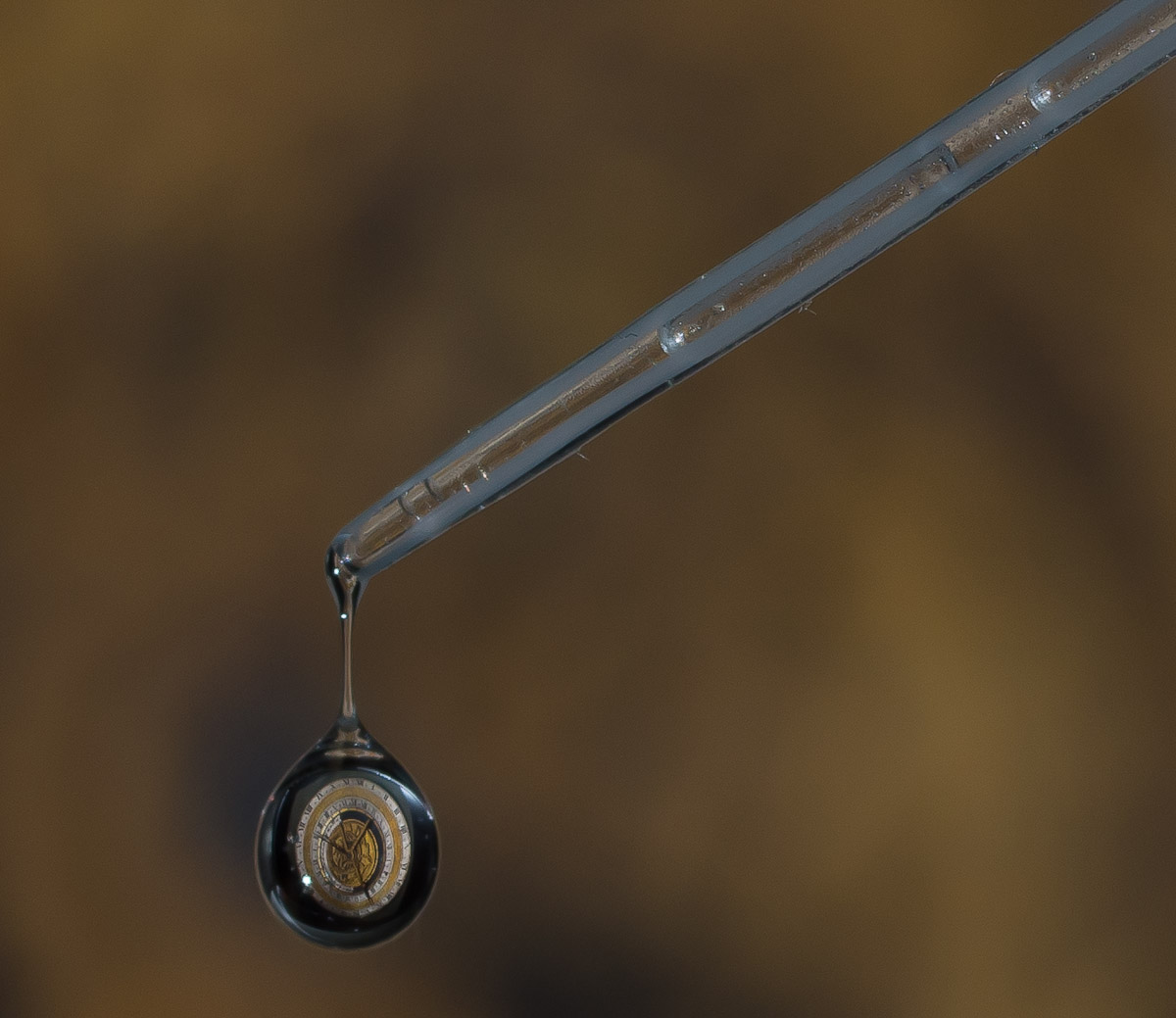 Droplets refract light and will thus “contain” an image of a lit object some 30cm behind the drop (albeit an upside down one).

In the image above, I chose an antique clock as I wanted the gold and orange tones to complement the blue of the cannula, but as the clock was so detailed, I ended up having to crop it more than I would like to make it obvious it was indeed a clock inside the drop.

Realising this difficulty, I decided to try again with a simpler designed, rather plain clock that anyone would recognise even in a small image, hence the following photo: 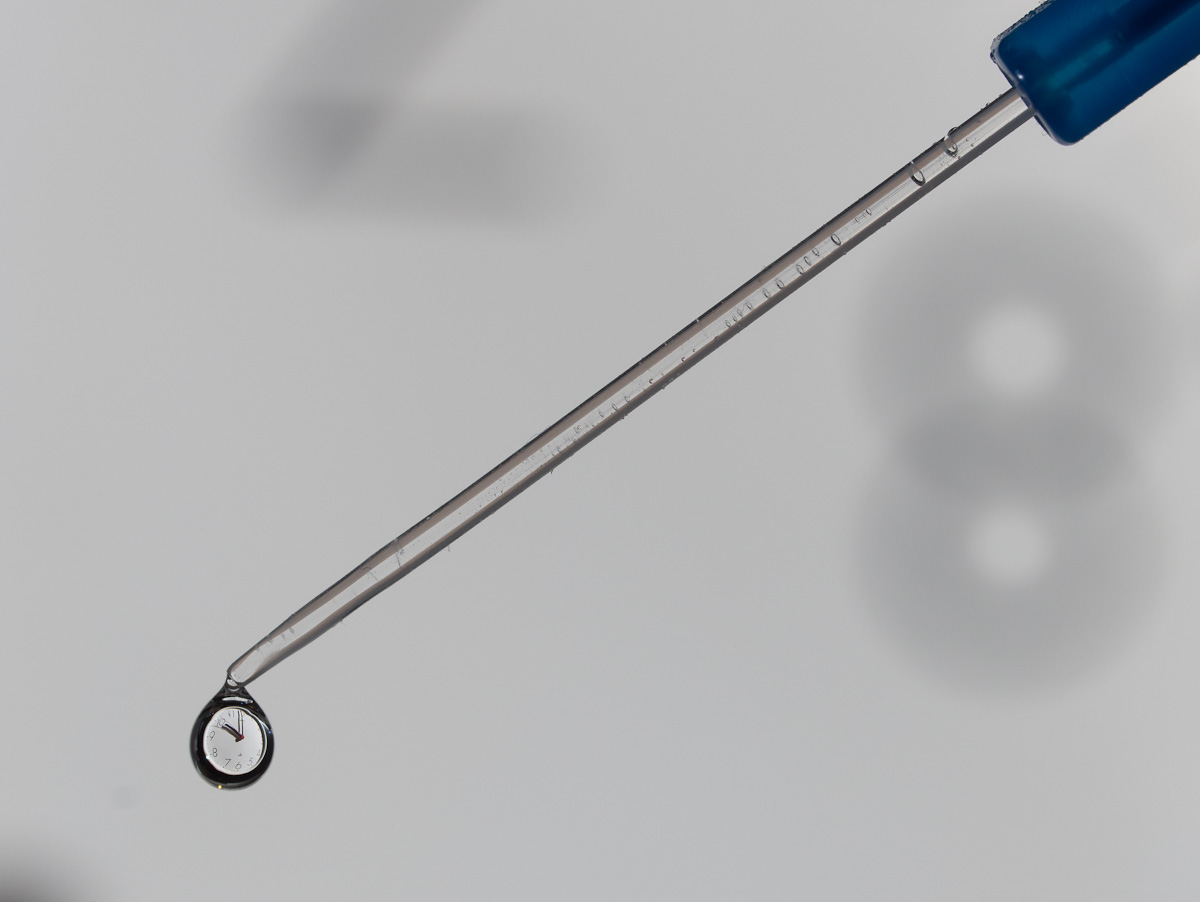 Then it is trial and error:

More information of photographing droplets can be seen on my photo wiki.