Olympus released the Olympus 60mm f/2.8 macro lens for Micro Four Thirds cameras in the middle of this year and I am now a proud owner of said lens.

I took it for a test drive on a few 4 hour rainforest bushwalks in our lovely Otway Ranges. I decided to leave my tripod and ring flash home so I could hike with a lighter pack – after all that is one of the enormous benefits of Micro Four Thirds – lighter, smaller cameras and lenses, reduced need for tripods as you can hand hold the Olympus 12mm lens down to about 1/3rd of a second to get those flowing water shots, and if you do want to bring a tripod, you can get away with a smaller, lighter tripod and tripod head.

These have had minimal post-processing in Lightroom with some vignetting added and some tonal adjustments done.

This lens has lovely bokeh! 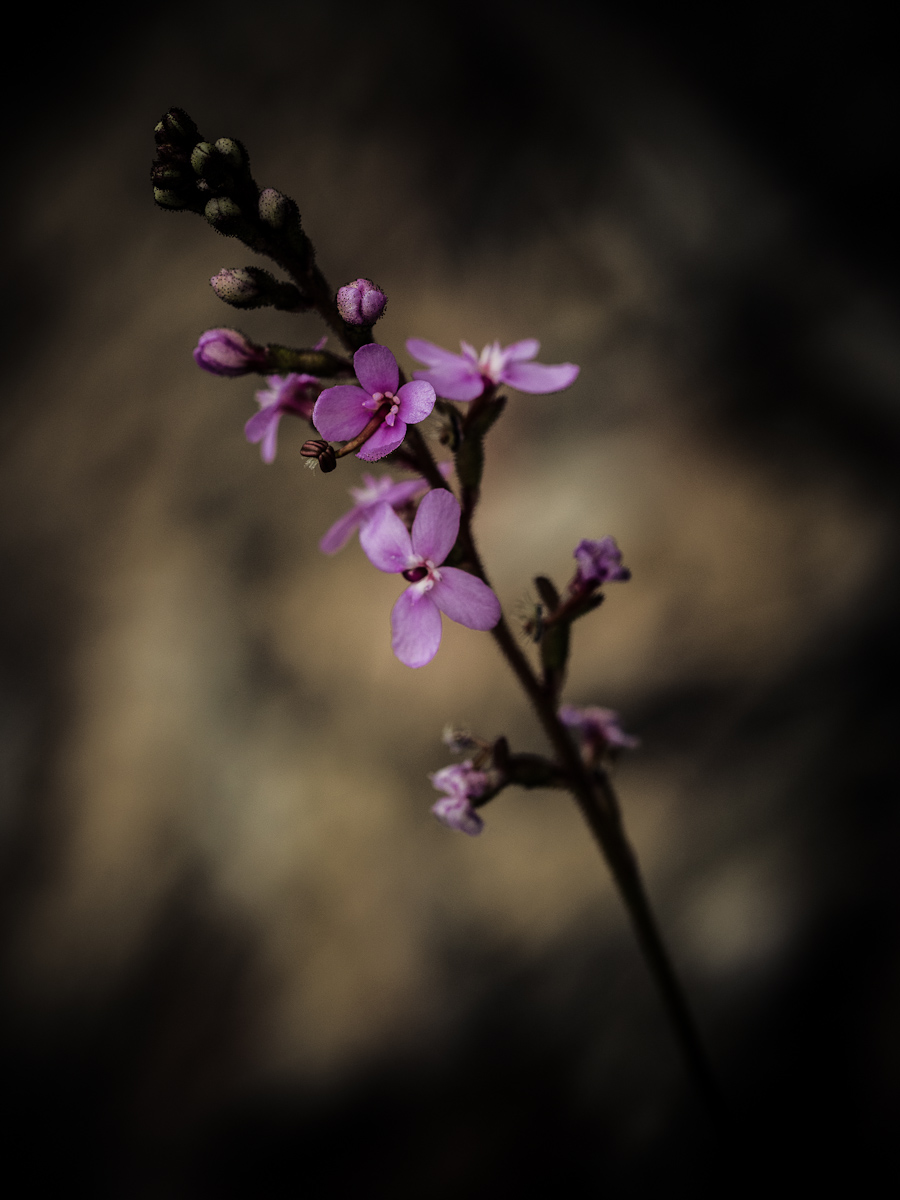 Romance in the rainforest: 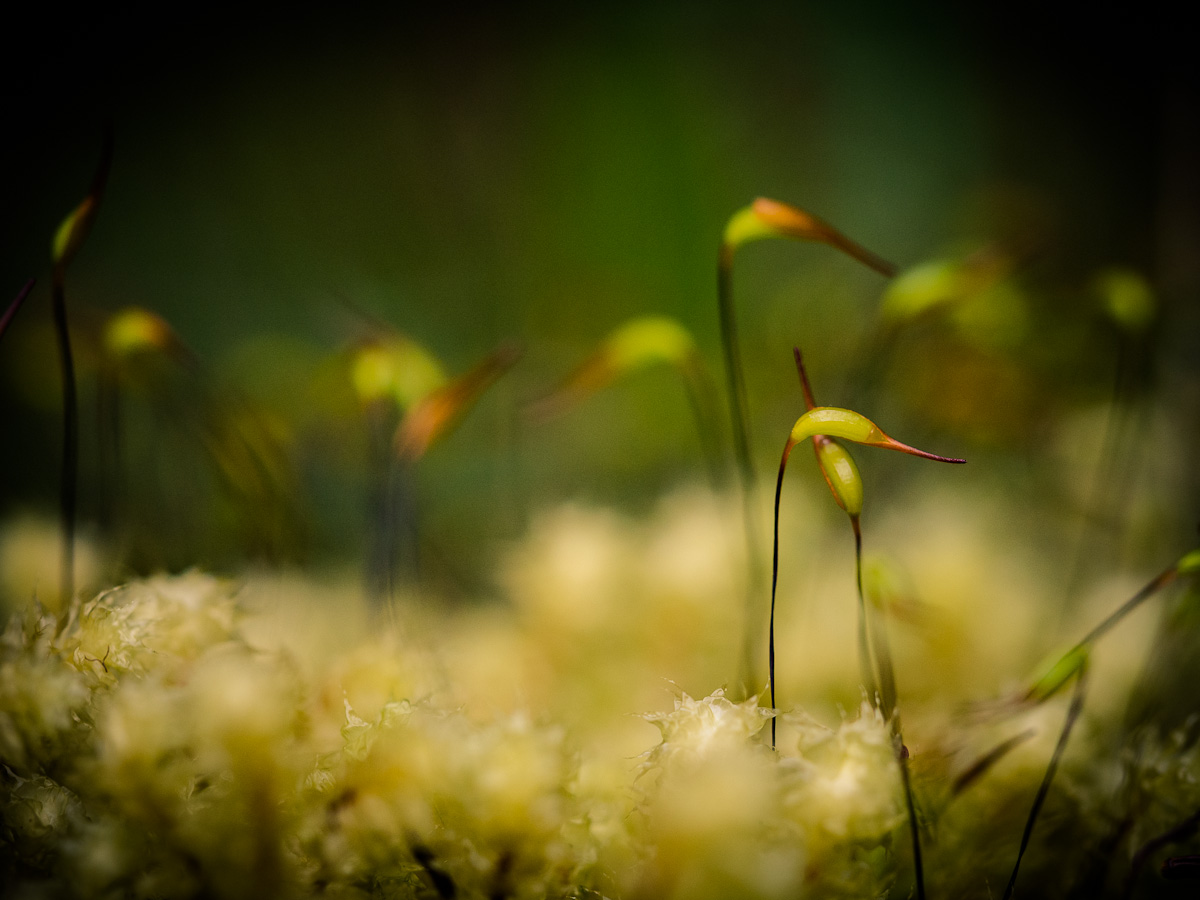 I spotted this tiny 3mm subject on a rock and thought it may be a rare type of carnivorous Otway snail … but on closer inspection it was just some hardened sap droplet which had fallen from the trees, but nevertheless, a worthy subject:

The Australian native bull ants are quite large ants measuring up to 2cm or so long, and have a painful bite which can be fatal if you happen to be allergic to it. This one was foraging in the dark recesses of the forest floor and was about 1cm long and normally very hard to focus whilst moving but the 60mm macro did a great job after a few tries of me getting used to how it worked: 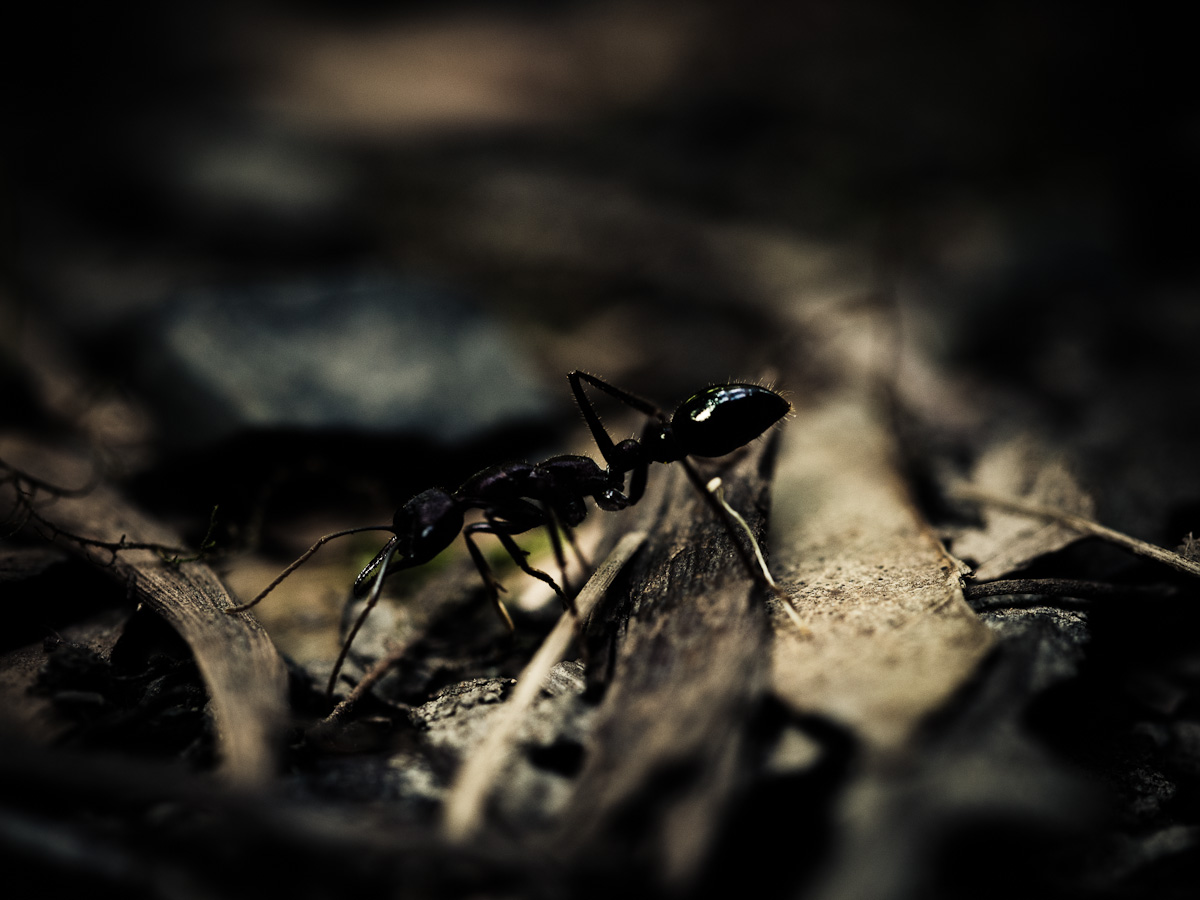 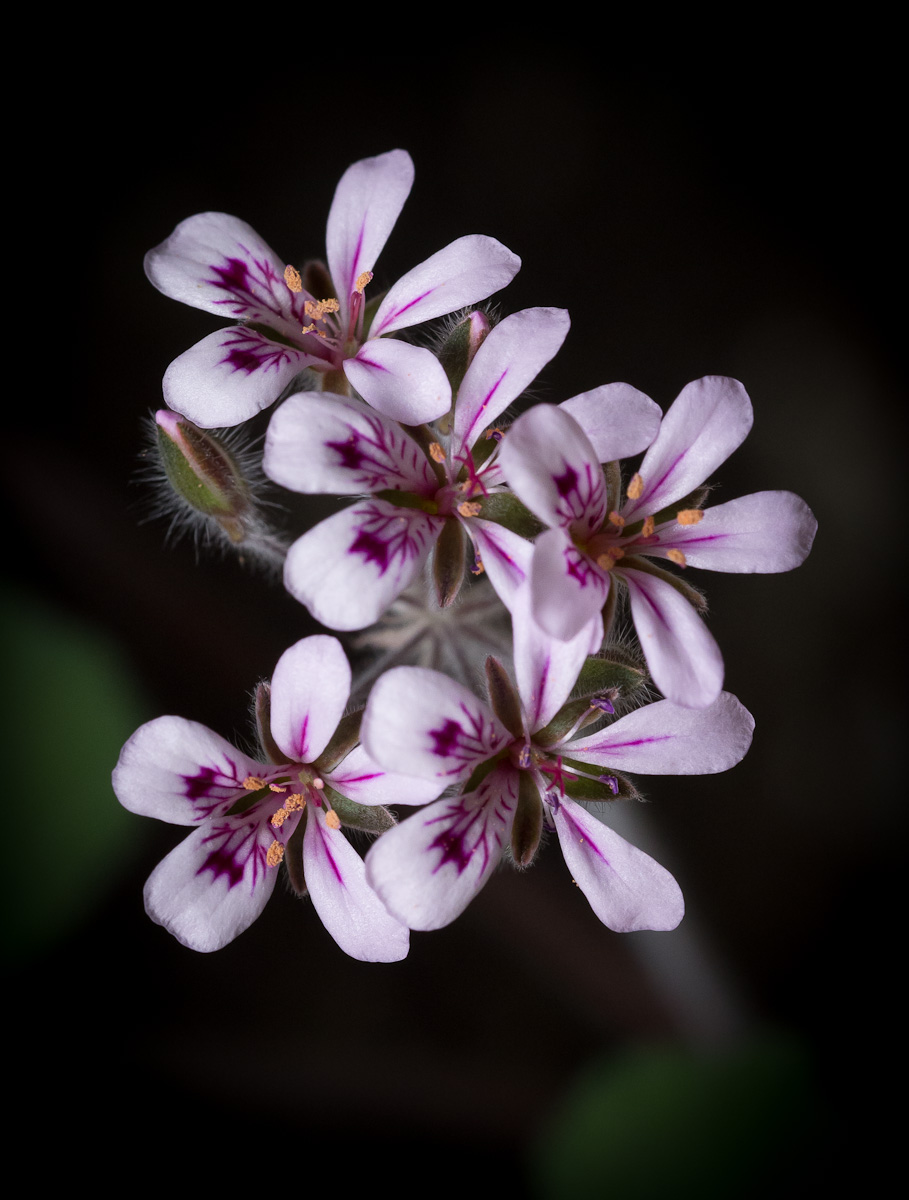 The many formal lens tests show that this lens is at least as sharp and optically excellent as is the brilliant Olympus ZD 50mm f/2.0 macro lens, but this lens is lighter, has closer macro capabilities of 1:1 macro, faster, more silent AF, and importantly has autofocus limiters and a switch to take you to 1:1 focus point.

Now I am just waiting on the Olympus Ring Flash adapter, and hopefully Olympus will develop a new macro flash system which is smaller, lighter, and be a master for controlling the remote TTL flashes – a major deficiency with the current macro flash system.