Last night Jupiter was occulted by the moon as outlined in a previous blog post here and this makes for a nice photographic challenge for astrophotography enthusiasts.
It was only visible from southern areas of Australia, the best sites were in Western Australia where the event would take place at a higher altitude and thus allow better seeing conditions.
Unfortunately for much of South Australia and Victoria cloud due to an upper level trough and incoming cold front combined in some areas with bushfire smoke, made site selection critical to any chance of capturing this event.

The weather forecasts and SkippySky suggested that central Victoria should be reasonable and thus we decided to stay overnight in the historic gold mining town of Maldon and set up near the top of nearby Mt Tarrengower.

Unfortunately the clouds were closing in fast from the south west so we decided to head north-east to a site near Goornong, not far NE of Bendigo.

Even here the clouds and bushfire smoke adversely impacted our viewing and the seeing conditions, particularly for reappearance were poor making it difficult to capture the bands on Jupiter or to gain sharp images of the lunar craters at high magnification.

This is where a mirrorless camera such as a Micro Four Thirds Olympus OM-D E-M5 with its 9fps burst rate and ability to fire this remotely using the iPhone app called TriggerTrap for which you need to buy the dongle to attach the iPhone to the camera.

A mirrorless camera is critical as a dSLR becomes a nuisance managing the mirror lock up and live view.

The pixel density of the E-M5 combined with its good dynamic range and high ISO capabilities makes it an even better sensor than a Nikon D800 for imaging Jupiter as Jupiter will have ~50% more pixels in size on the final image when using the same telescope systems.

For the highly magnified images, I used a 10″ Newtonian reflector telescope with 25mm eyepice and the afocal method by attaching the E-M5 camera with the Olympus 75mm f/1.8 lens to the telescope eyepiece.

The critical aspect is accurate focus and the Live magnified manual focus function greatly assists this.

Then it was a matter of waiting for the breeze to settle momentarily and fire of bursts of shots hoping that one will be sharp given the microsecond atmospheric changes in seeing conditions – the trick is to take as many shots as you can – as in poor seeing conditions such as we were experiencing perhaps only 5% will be reasonably sharp and detailed.

Initial occultation phase being hidden by the dark limb of the moon taken at ISO 800, 1/80th sec: 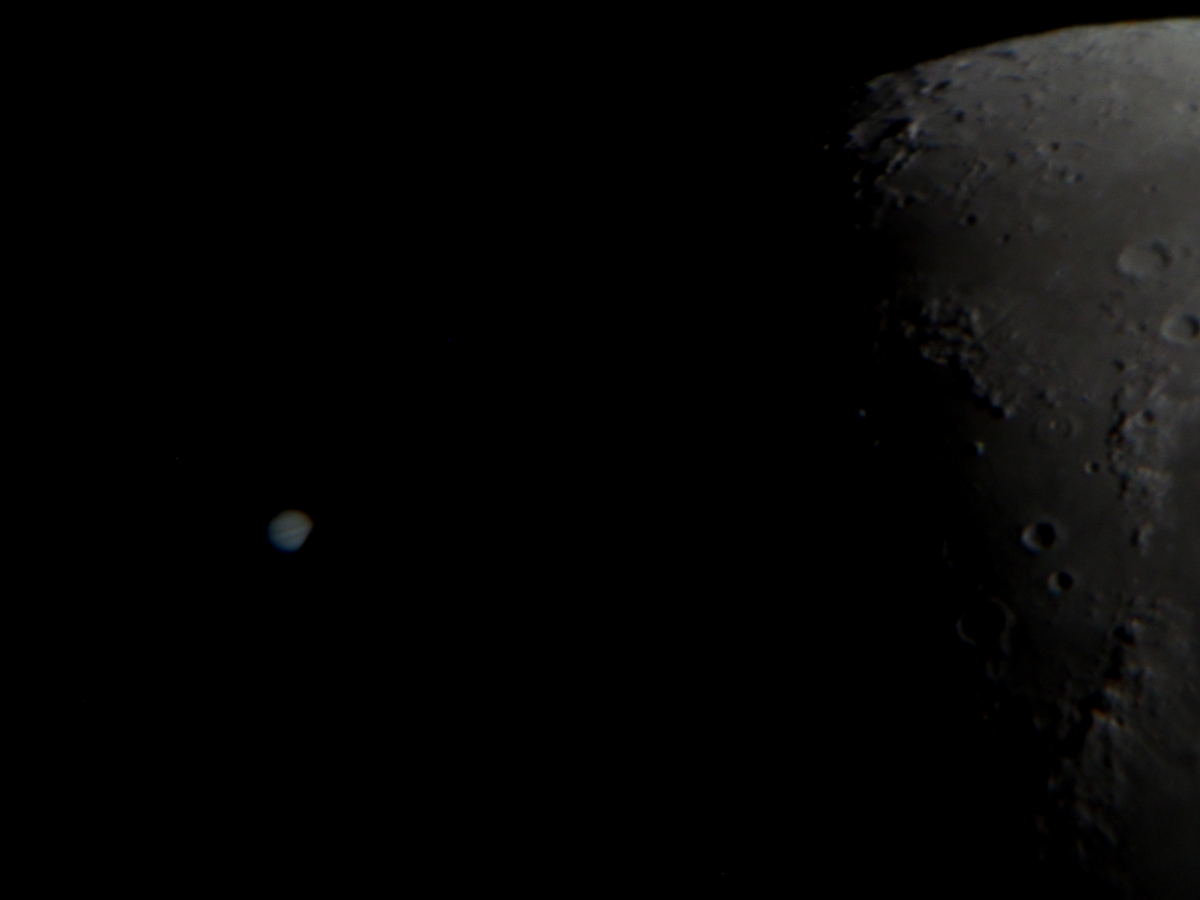 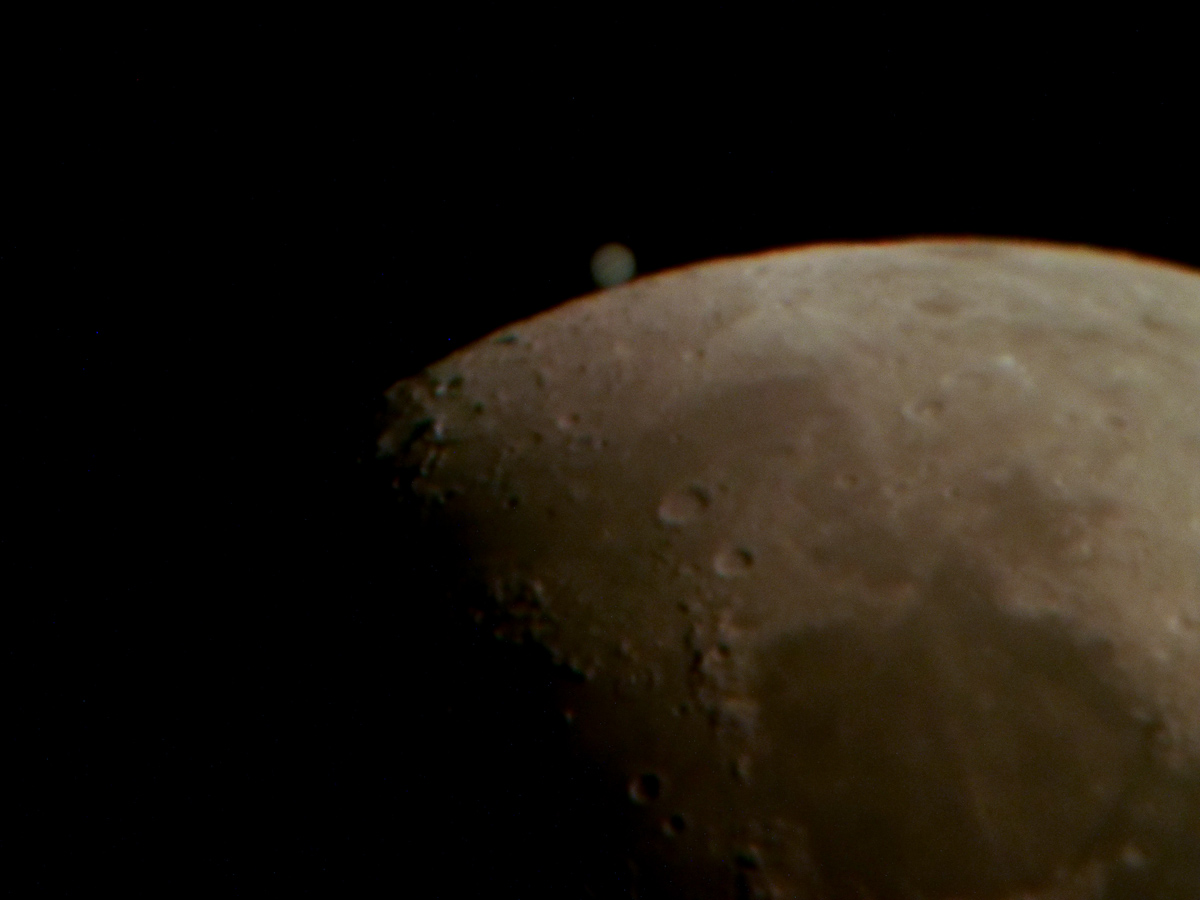 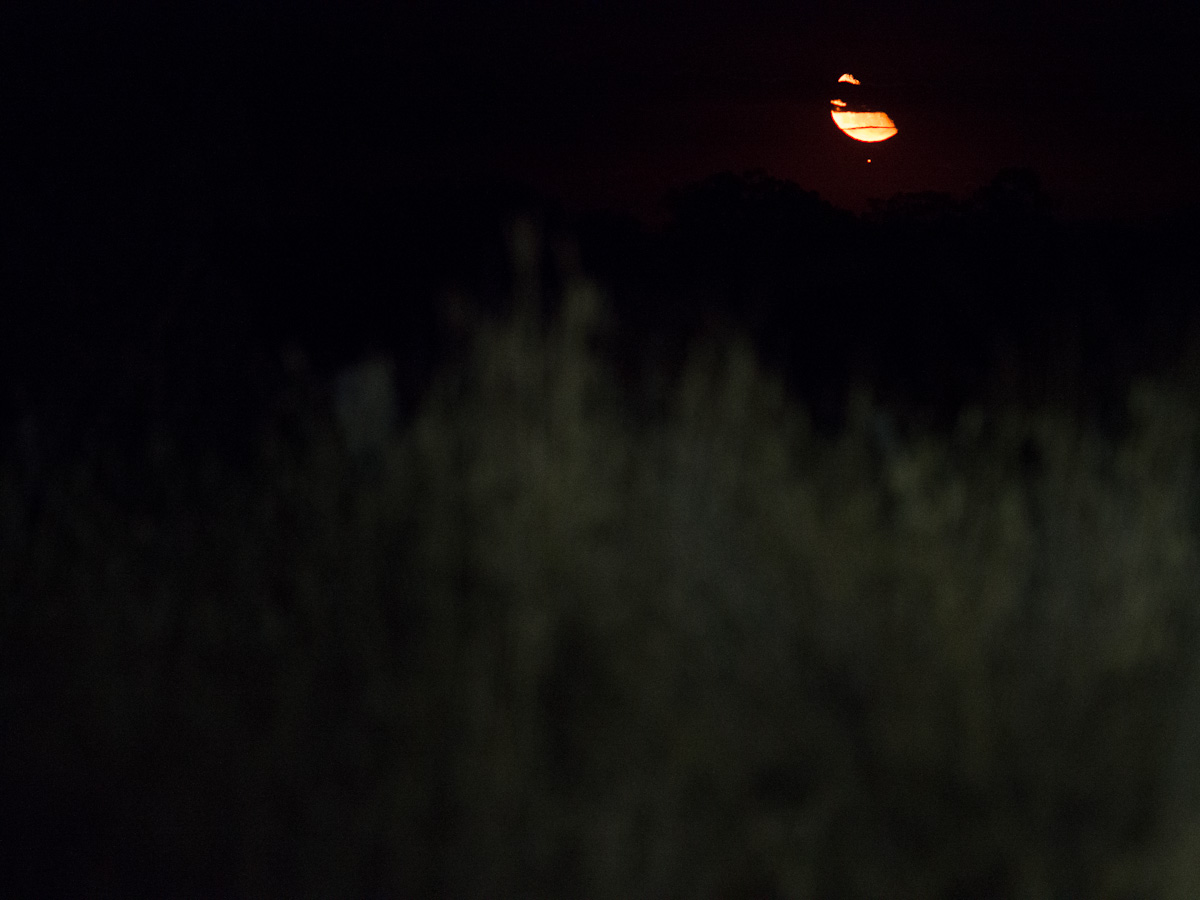 It was a beautiful night out with balmy 30degC warm breezes and an absolute pleasure using the E-M5 with the TriggerTrap app – make sure you leave the apps “Focus” to ON even though you have set camera to MF as otherwise it does not seem to trigger. I used the Bulb mode on the app – just hold button down for a series of bursts then release.

More on astrophotography here, and more on lunar occultations here.