In such crowds a tripod is just asking for trouble, and a kit zoom lens is not going to suffice.

Many of the attractions were projected images on Melbourne’s buildings and what better way to capture these in dense crowds than to use the Olympus E-M5 Micro Four Thirds camera hand held with a tiny Panasonic 20mm f/1.7 pancake lens which of course is effectively image stabilised thanks to the E-M5 making it an awesome compact night street photography combination. 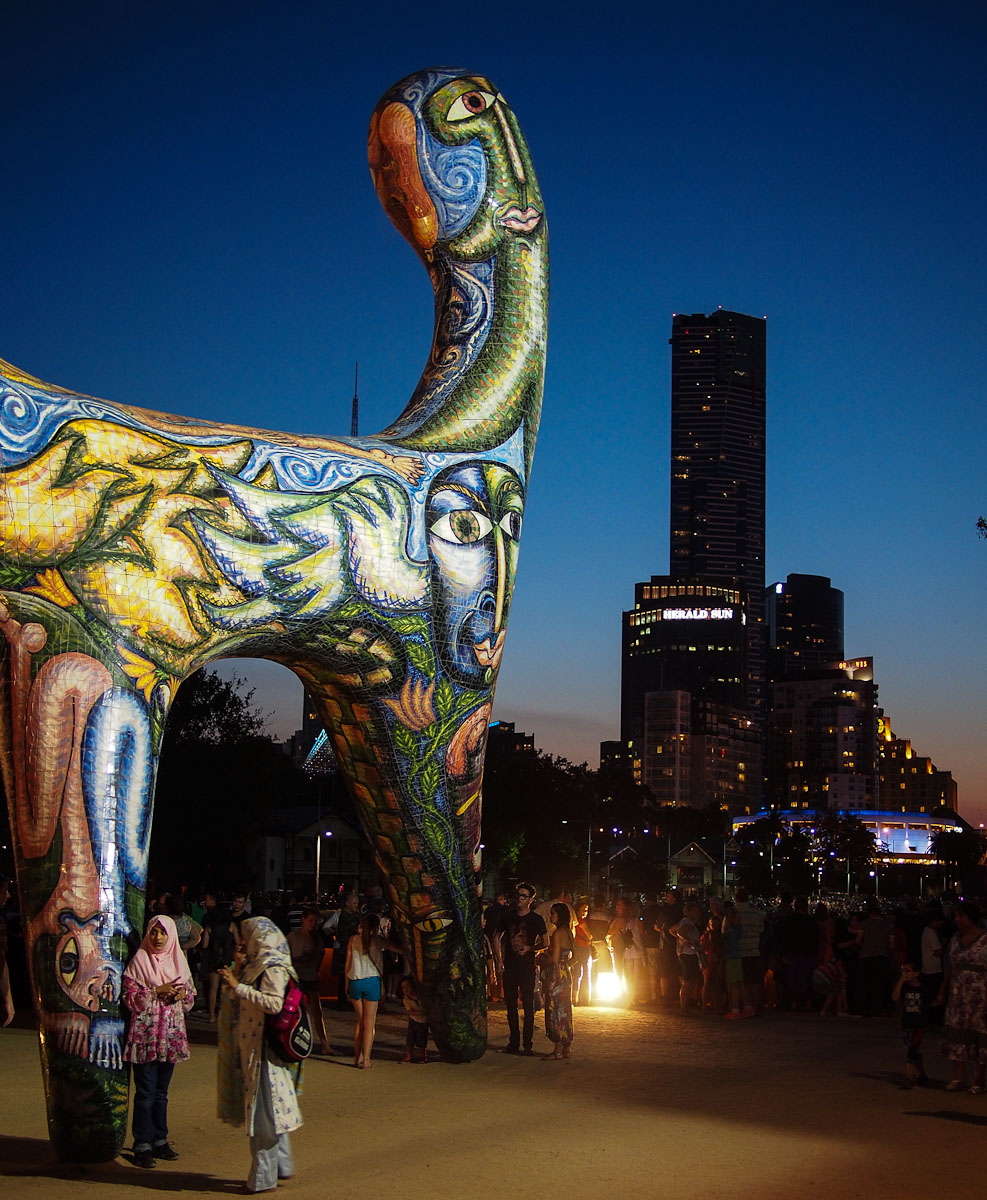 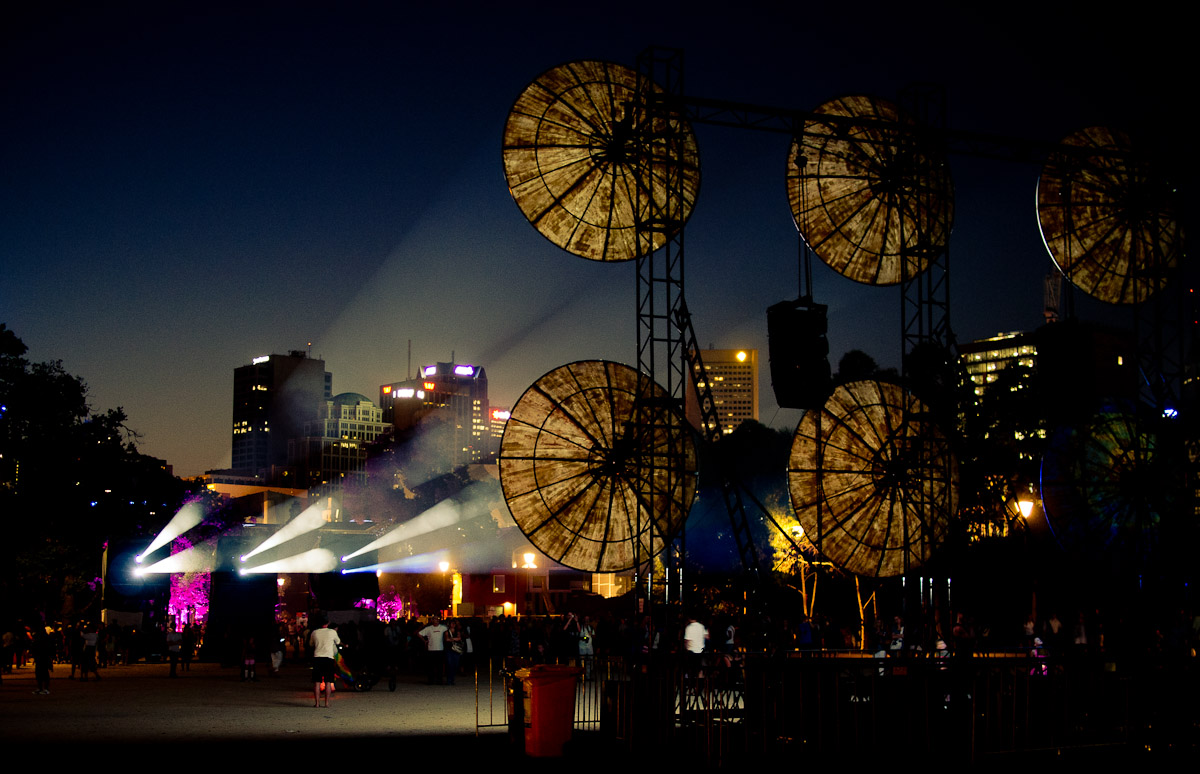 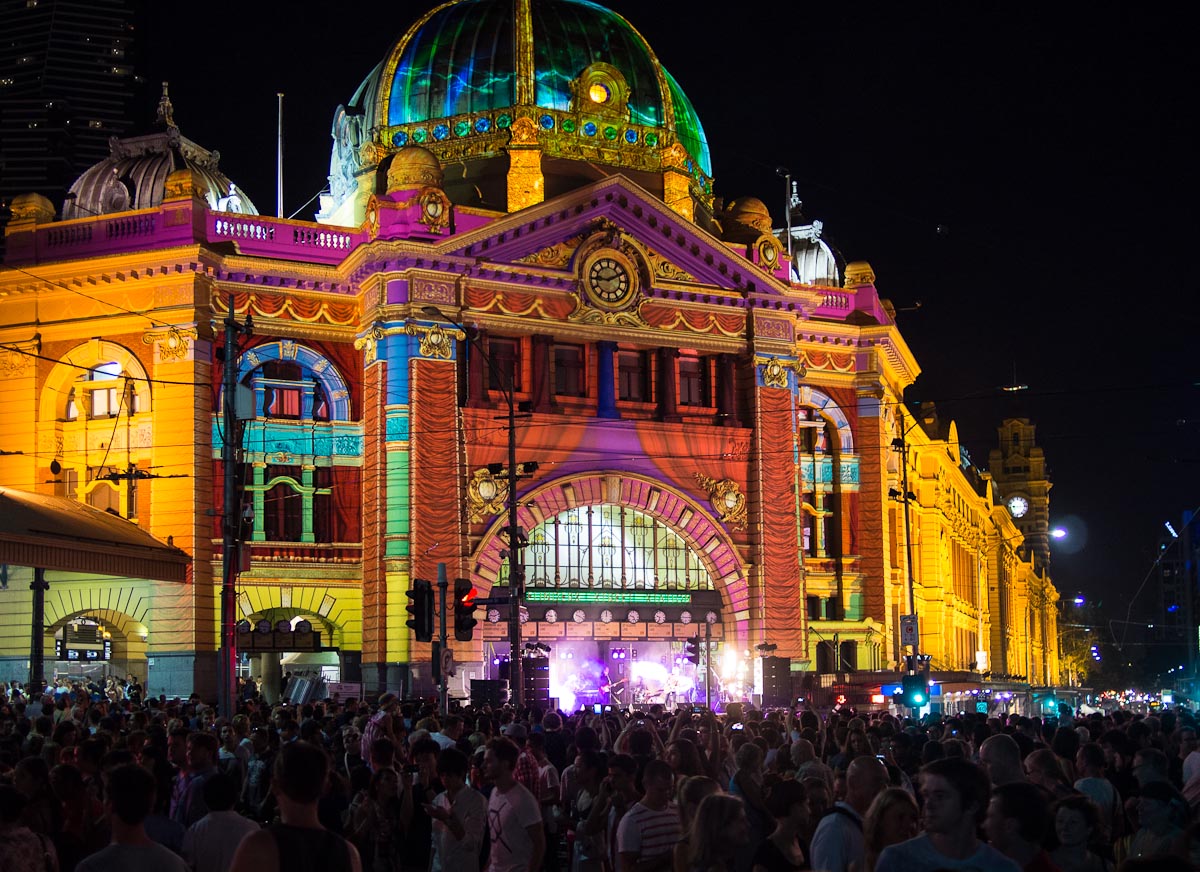 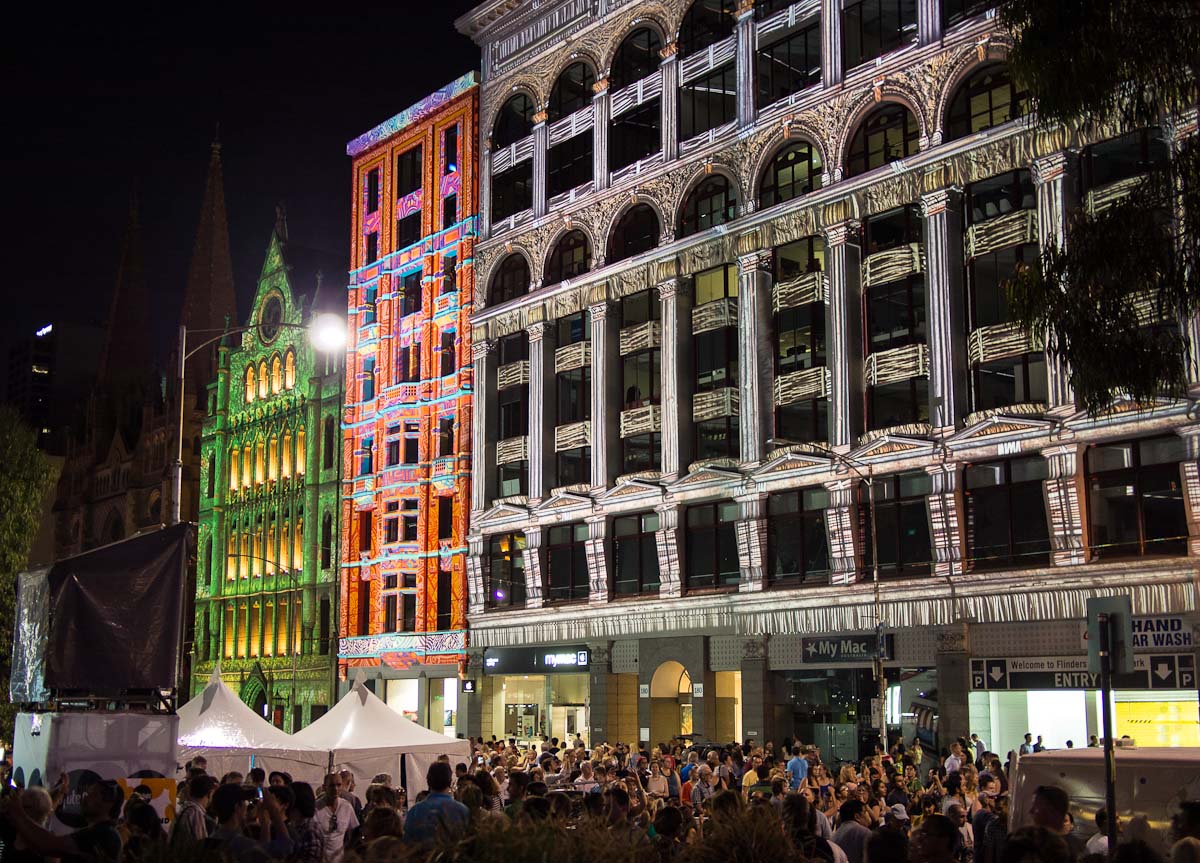 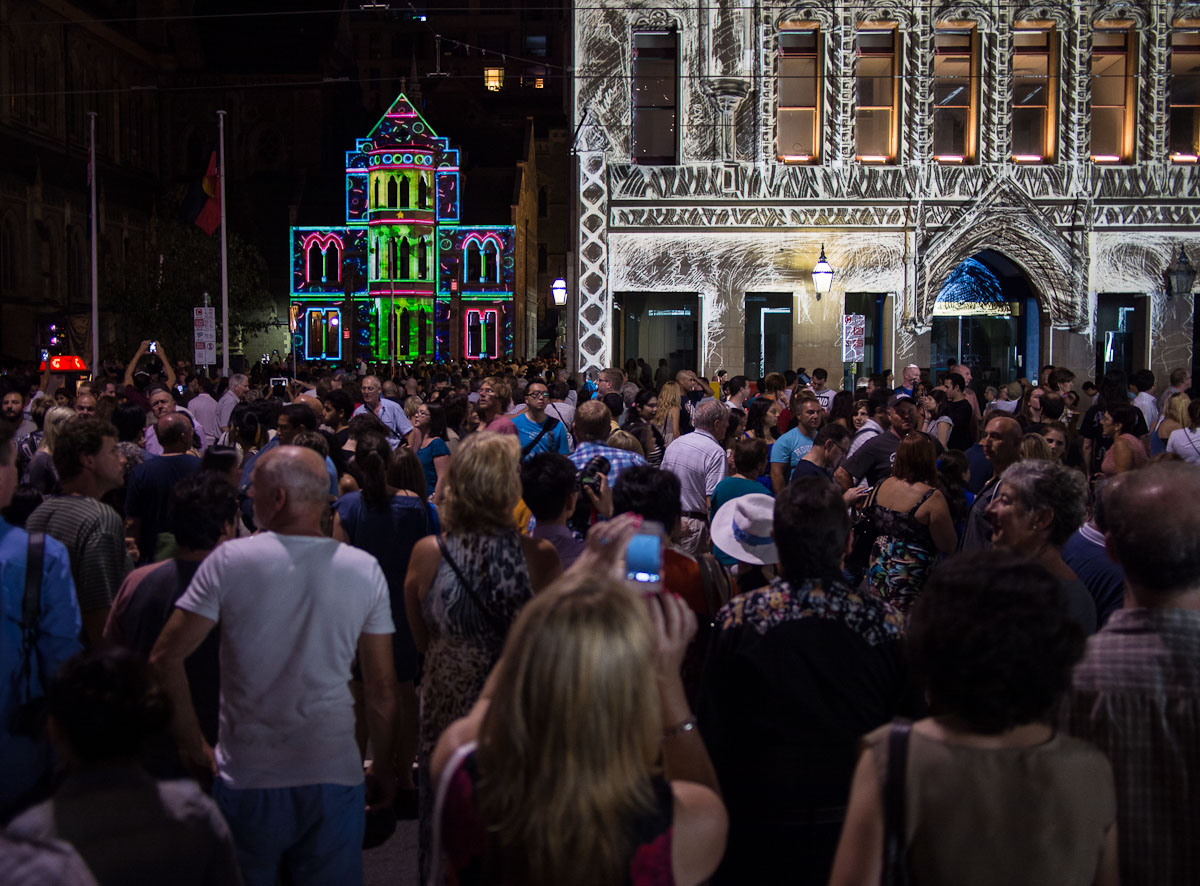 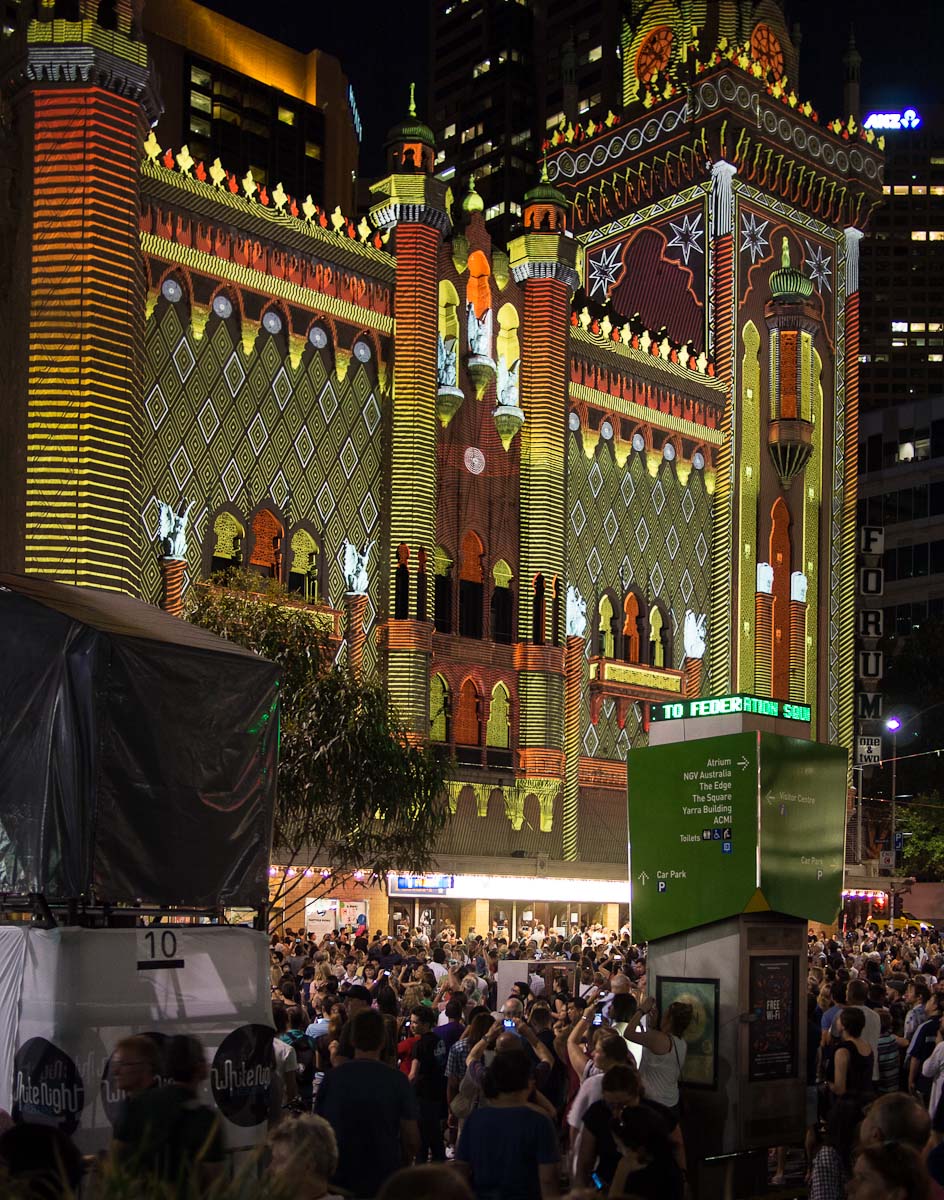 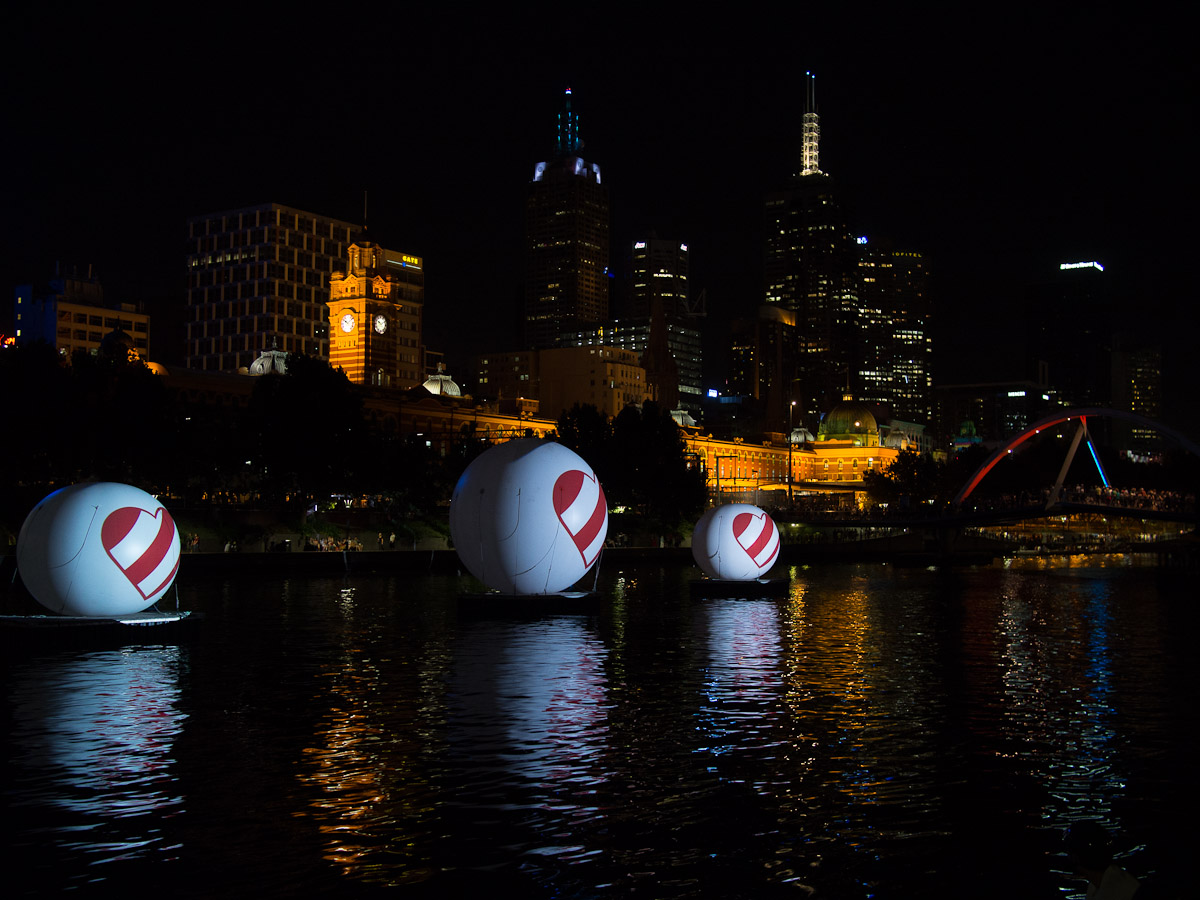