Last week I went on a camping holiday to the remote Croajingalong National Park in far eastern Victoria some 7 hours drive from Melbourne.

The trip was mainly a reconnaissance style trip rather than a photography trip as we wanted to quickly get to as many locations as possible to explore.

Most of the lighting for the trip was not conducive to good photographs so I was not too heart broken with not having the time to really do landscape and nature photography they way I would like to.

For example, the following shots were taken between storms well after sunset on a wonderful beach near Mallacoota using the Olympus 12mm f/2.0 lens without any optical filters: 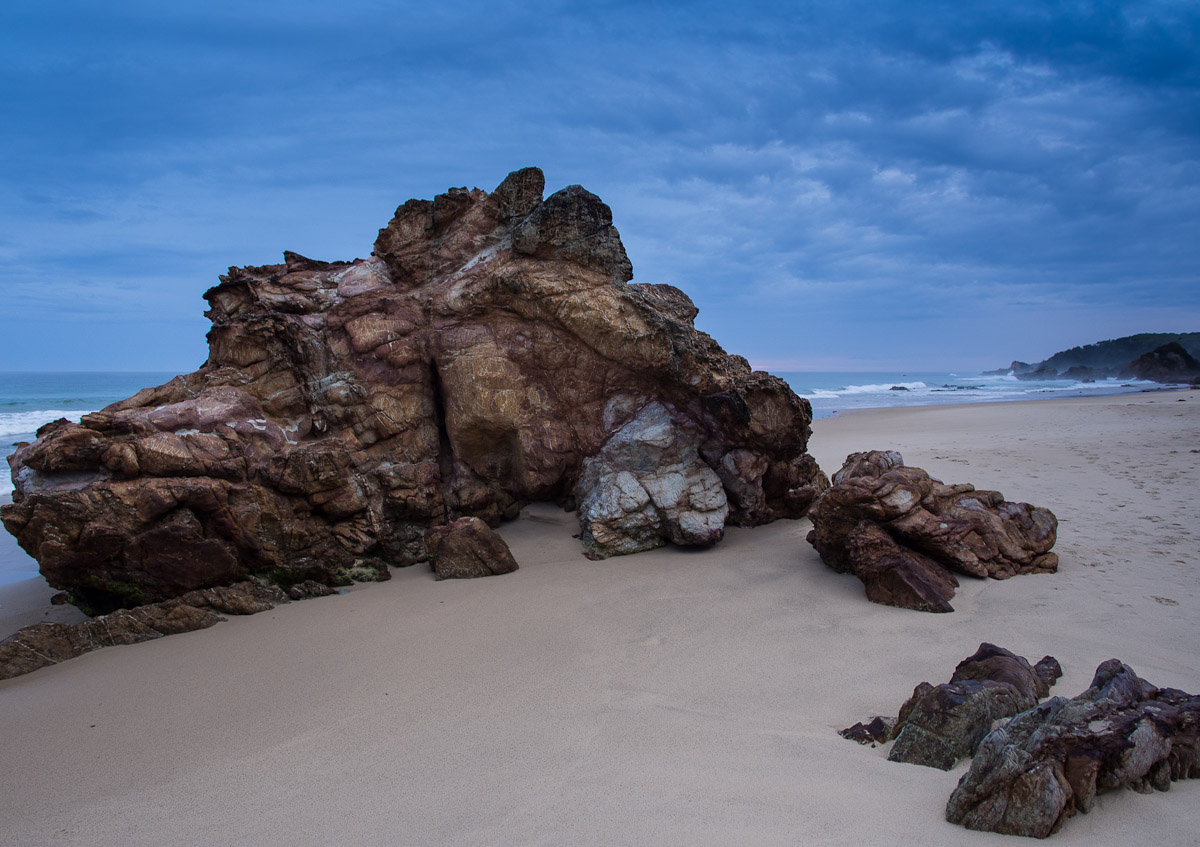 Capturing some spiky wave action to mimic the spiky leaves on the top of the rock formation, ISO 400, 1/3rd sec at f/2.2 (I was in a bit of a rush with this shot as the waves were coming in at me so the long exposure shot is not as sharp as I would have liked, but better than any other camera could manage hand held at 1/3rd sec): 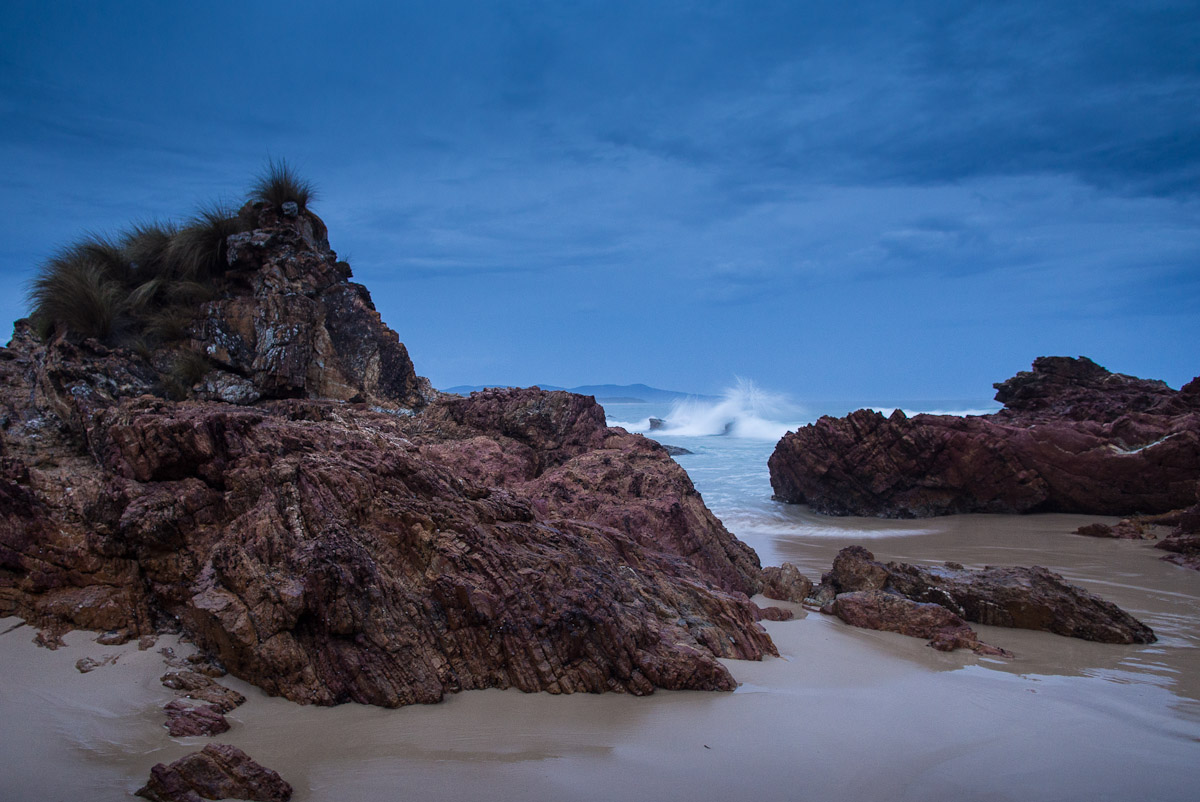 And if anyone is interested in visiting this wonderful part of the world, here is a shot of the beach area in Mallacoota township adjacent to a very large caravan and camping park – highly recommend it for those who want to get away for some peace and quiet yet still want to explore the wilderness cold temperate rainforests with its large goanna lizards, tall eucalypt and fern forests, go fishing, sunbaking, or even hire a boat on the estuaries – there is something for everyone – but don’t tell anyone it is a paradise as it might become a car park! 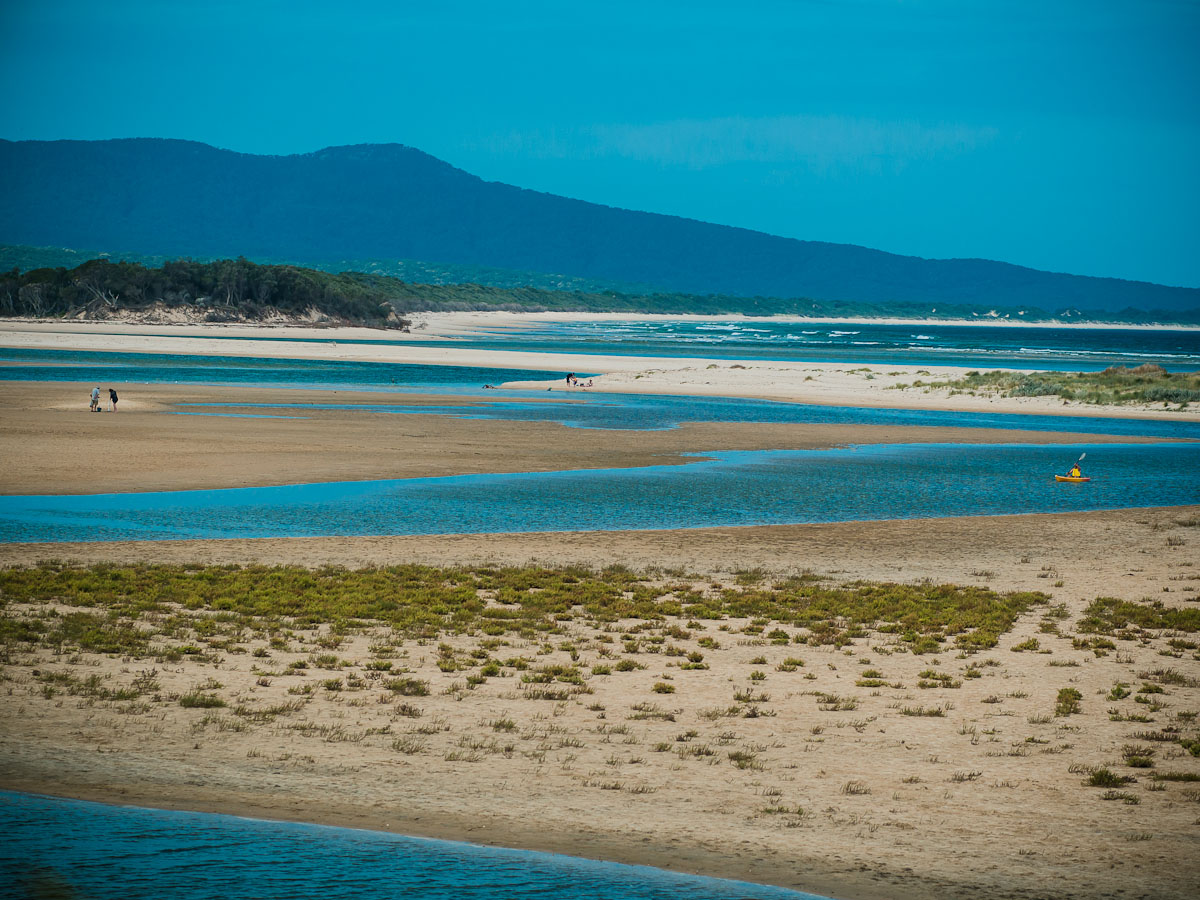