2013 is shaping up as a great year for astrophotographers with a few comets around to have fun with although none as aesthetically beautiful as the awesome Comet McNaught of 2007.

I recently posted an shot of comet Lemmon as it passed the Tucanae globular cluster and the Small Magellanic Cloud galaxy here.

On the 2nd of March 2013, I drove down to one of Melbourne’s bayside beaches to get a shot of Comet C/2011 L4 PANSTARRS comet just after sunset using the Olympus E-M5 Micro Four Thirds camera with Olympus 75mm f/1.8 lens mounted on a tripod.

Unfortunately I miscalculated where the comet would set in relation to the beach and highway traffic headlights became problematic, nevertheless I think it is a lovely shot with the Dromana beach on a balmy warm night as a couple enjoyed the romantic ambience oblivious to the comet. 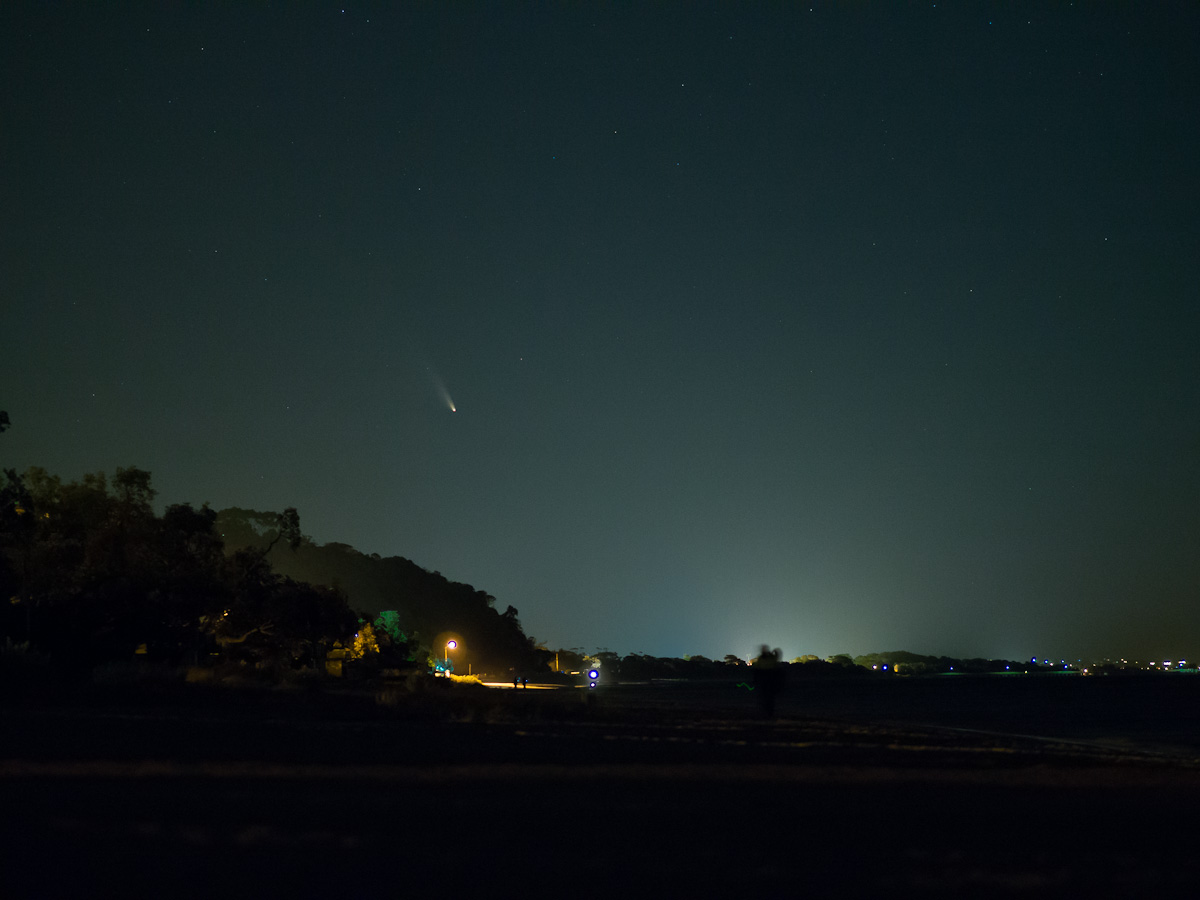 Tomorrow night (12th March 2013) at sunset for those in Europe, America and Africa, they should get a lovely opportunity to photograph a thin crescent moon next to the comet just after sunset – unfortunately in Australia, the moon is too close to the sun at sunset and will set before the comet becomes visible in the twilight, although we may get a chance the following night on the 13th March if clouds do not obscure the view.