The recently re-instated Prime Minister of Australia, Kevin Rudd has introduced a new policy on the off-shore processing of asylum seekers coming to Australia in the run up to what appears to be a hotly contest election in the next month or two.

This policy is seen as inhumane and unjust by many, particularly, Rudd’s Labor Party core voters – those with a socialist philosophy, including unionists and the Greens – so it was interesting to see their strong feelings on this very complex matter as they staged a protest march through the streets of Melbourne this weekend, although I was in the city to photograph Melbourne’s very popular annual weekend – Open House Melbourne – where major buildings in Melbourne are open to the public and their cameras – a great time for photographers to find new material – if they can put up with the queues.

Unfortunately, this year I ran out of time to view the buildings apart from the wonderful State Library, so here are a few of the protest march which started outside the library, these are all taken with the Micro Four Thirds kit – the wonderful Olympus E-M5 camera and Olympus mZD 75mm f/1.8 lens: 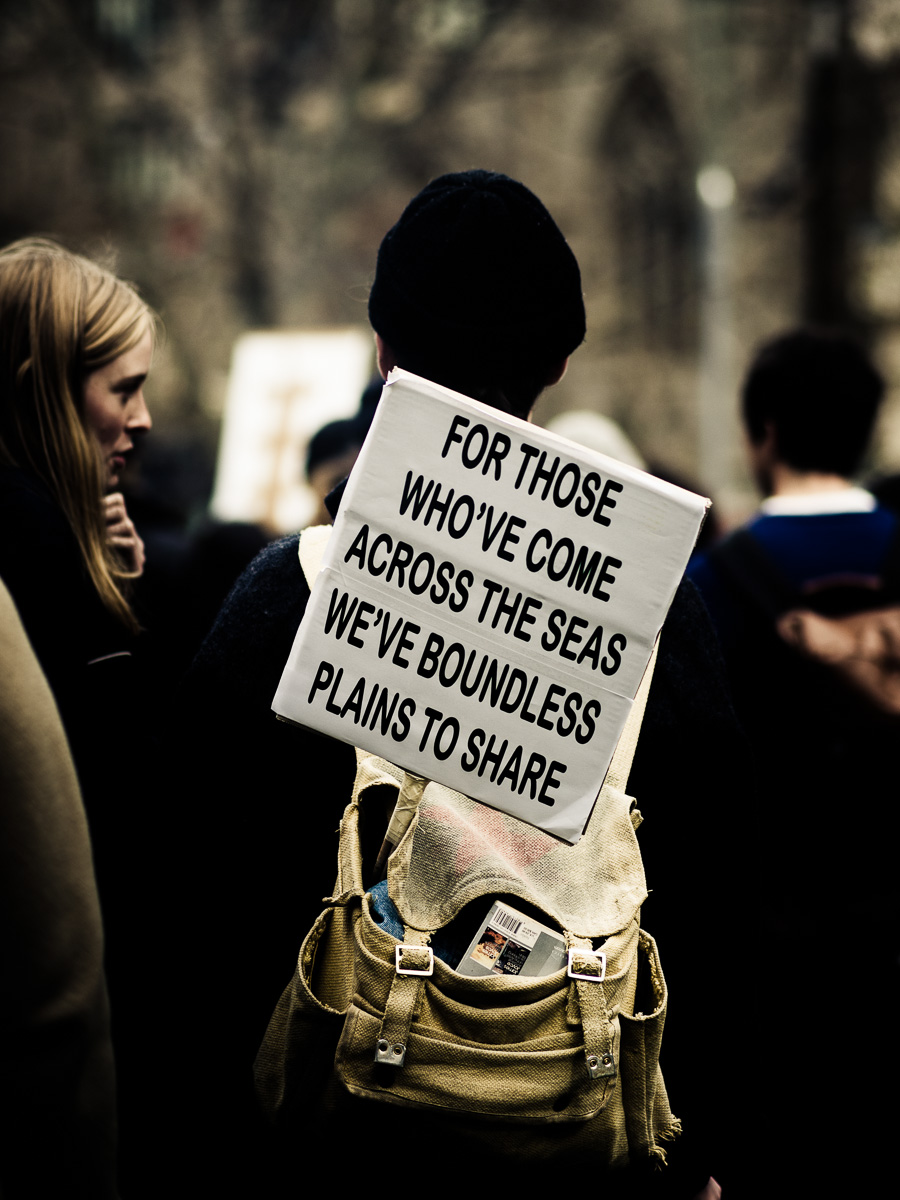 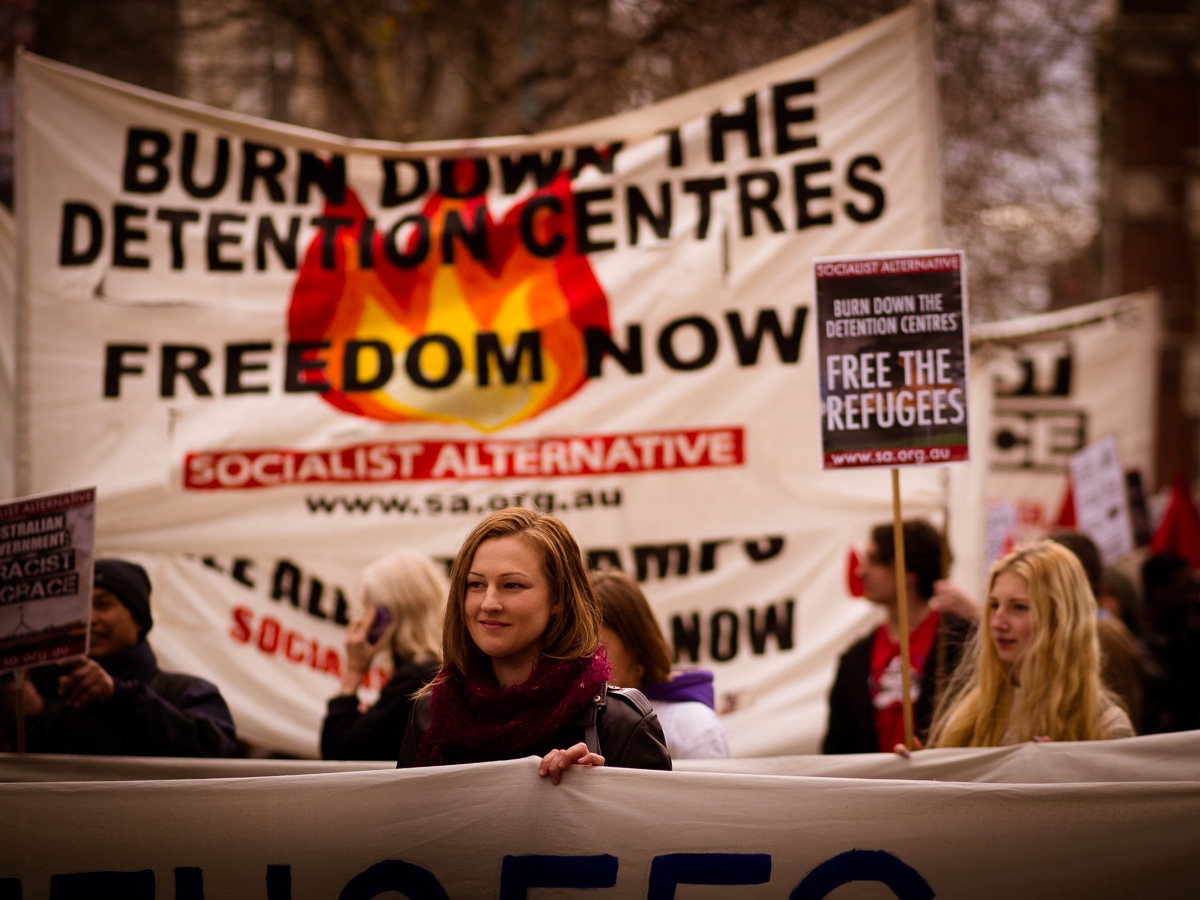 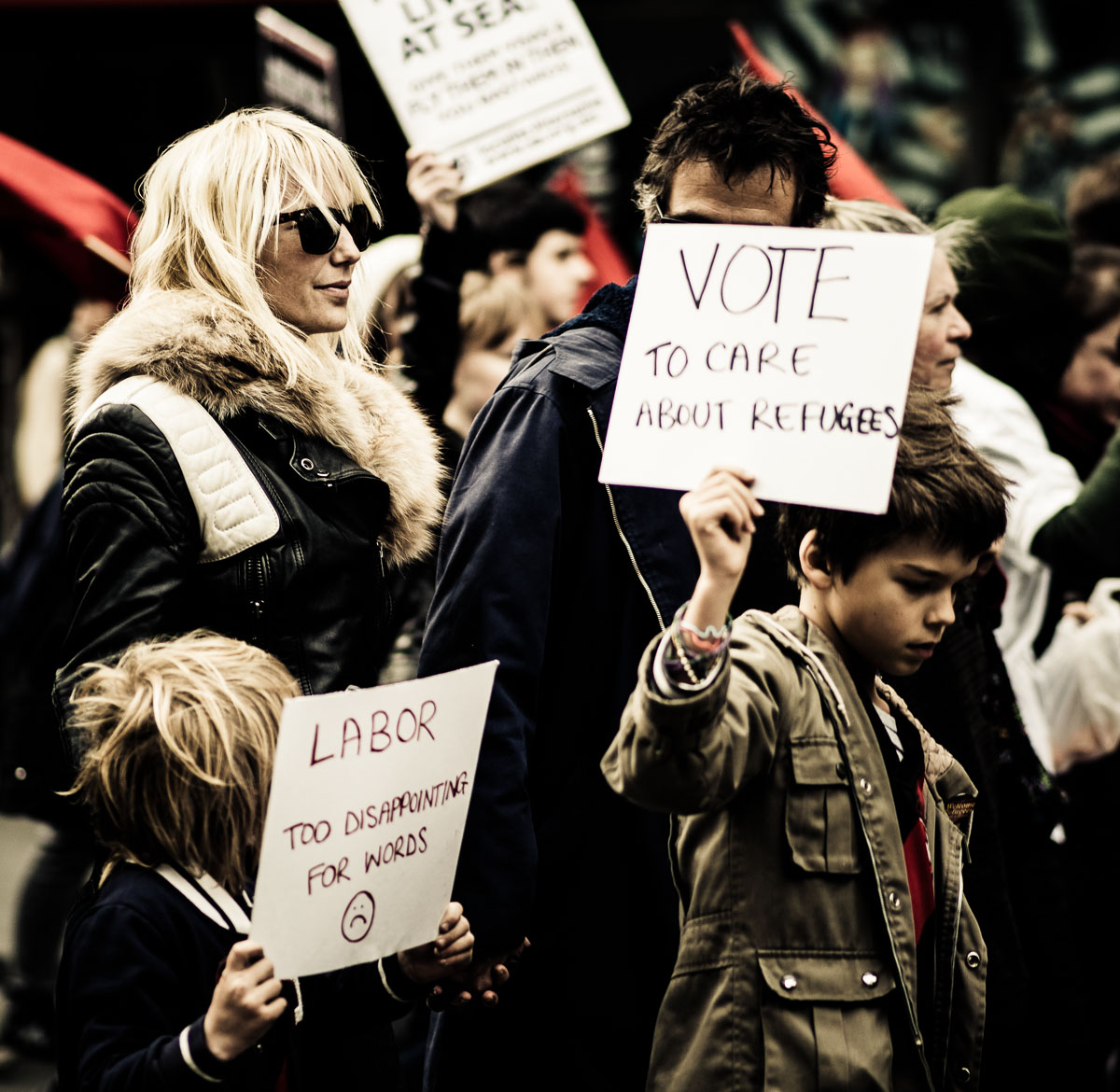 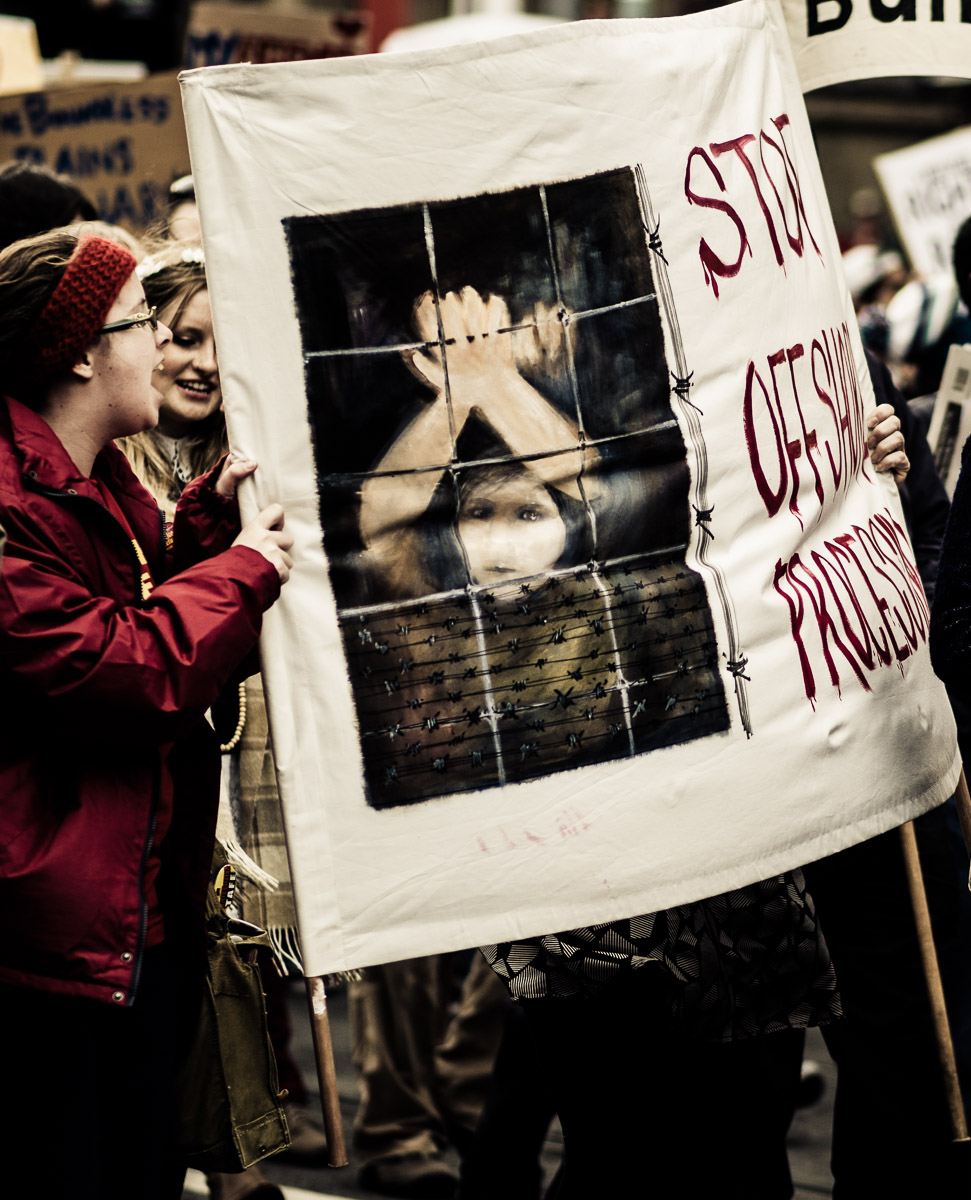