It makes a fantastic night urban walk-around camera allowing hand held shots when most other cameras require tripods such as this image taken of the Temple Bar in Dublin: 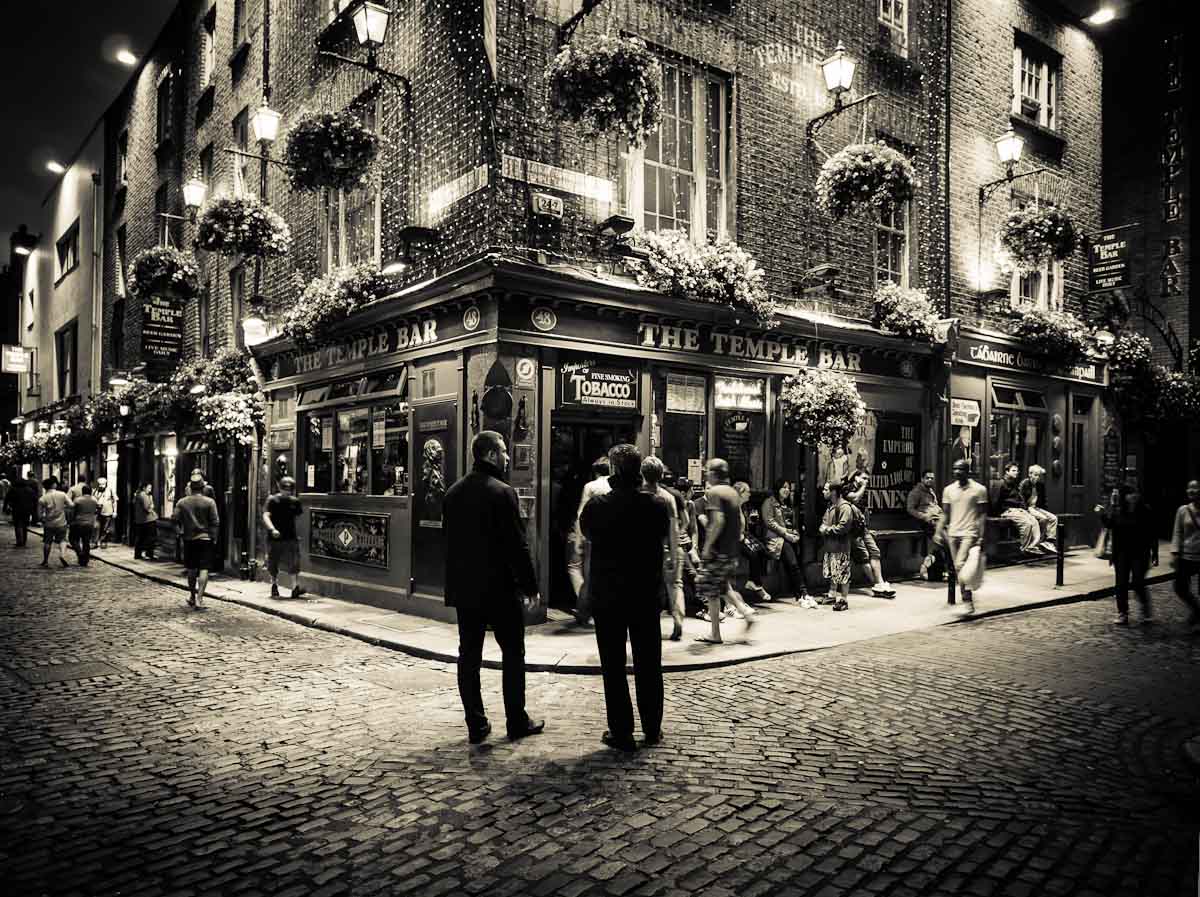 It can also be used hand held with a Hoya R72 infrared filter to create infra-red images such as this outback shearing shed in Lake Mungo, NSW: 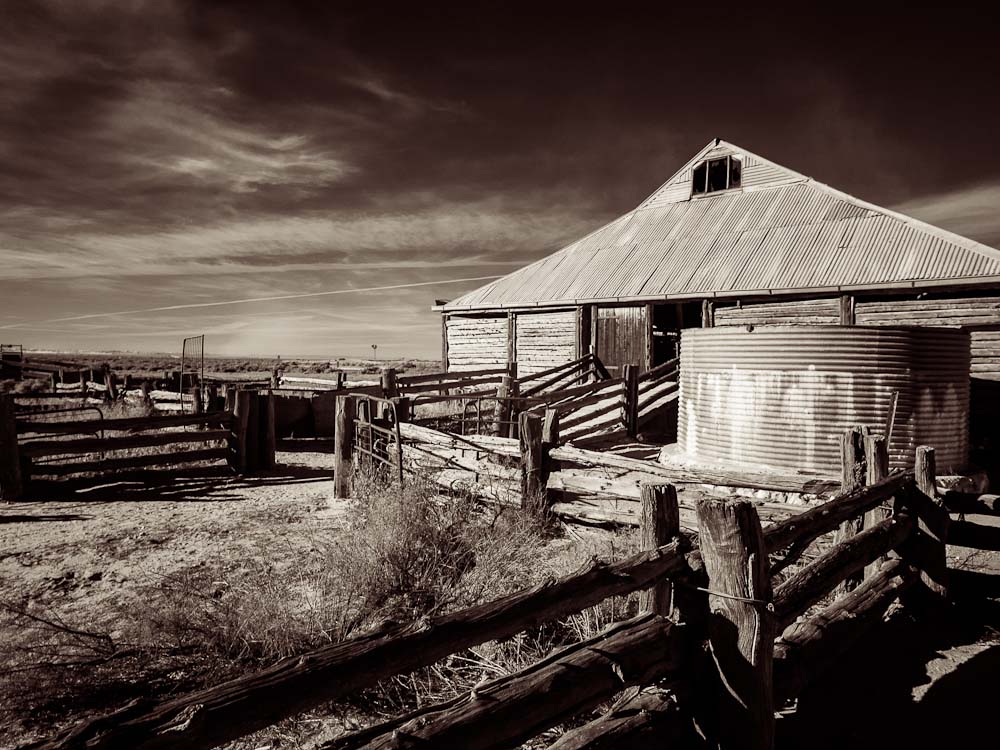 For the same reason, it also allows me to capture flowing water without a tripod such as with this image taken hand held at 1/3rd sec of Trentham waterfall yesterday: Trentham Falls are in Victoria, Australia near the picturesque spa town of Daylesford and are fascinating as there are actually two river beds – the old river bed at the base which can be seen being eroded away under the waterfall forming a cave and the current river bed which forms the waterfall.

The current river bed at the top of the waterfall was actually formed some 5 million years ago when lava flows from a nearby volcano flowed down the ancient gully and solidified into the columns of basalt rock which can be seen forming the face of the waterfall and the surrounding gully. The old river bed has been found to have bones such as the skull of a platypus from 5 million years ago. The waterfall itself has been gradually receding upstream as the basalt columns erode and fall away. It is expected that the basalt columns to the left of the waterfall will soon fall (gaps are widening and water is increasingly seeping through it) and hence the waterfall is closed to the public for safety reasons.

Under the basalt lava of the face of the waterfall are several layers:

The valley itself is lined by columnar basalt lava rock and below this is a scree slope created from falling rocks – mainly during the ice age and glaciation of the valley with subsequent thawing some 12,000 years ago.

The top left of the waterfall shows a stream of water falling from a lower point – this was the site of an old water wheel which was excavated into the top of the waterfall.

Now back to the lens, the 24mm equivalent field of view also works well for shooting old buildings such as these: 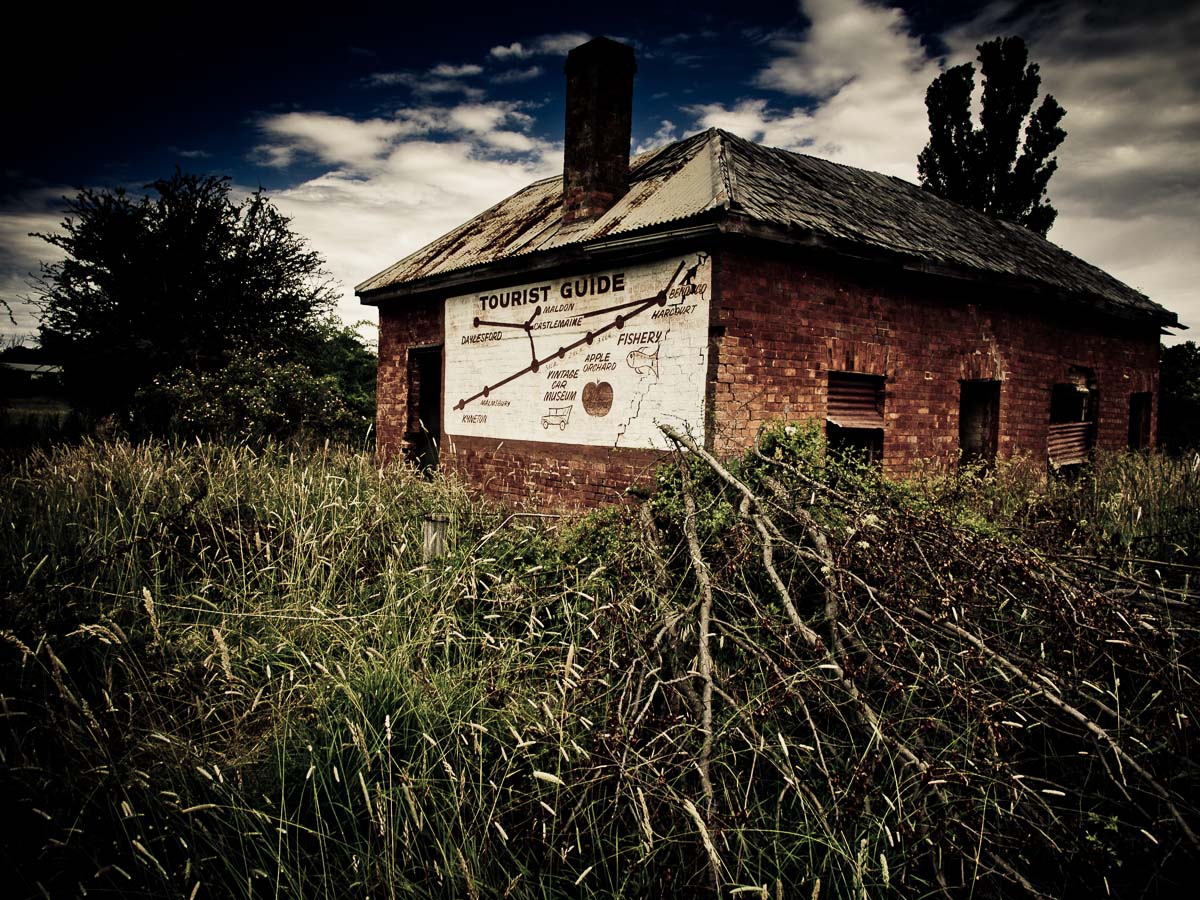 Hopefully one day I will acquire the lovely new Olympus 12-40mm f/2.8 pro lens and then I will have a dilemma – will the extra stop of aperture of the 12mm f/2.0 be worth keeping this lens when the zoom will be even more versatile and almost waterproof, and when combined with the E-M1 allow around 2 seconds exposures hand held?