Last month’s eclipse of the moon at moonrise in Melbourne was quite challenging to photograph.

It would have been nice to find a location with the city’s buildings in the foreground, but given the position of the moon rise this was not easy and thus a spot along the shores at Williamstown was chosen which looked across the bay towards St Kilda’s Palais Theatre.

The very dim eclipsed moon was difficult to see rising over the Dandenong Ranges in the distance and it was not until it was some 5 degrees above the horizon that it could be seen through the autumnal haze. Manual focus was made much easier with the electronic viewfinder and image stabilisation during magnified view using the Olympus E-M5 camera.

This is a favorite set up of mine for the moon but being so low and with the atmospheric disturbances it was not possible to get sharp imagery of the craters.

Timing of the shot of a lunar eclipse is quite critical as the most aesthetic image is when the sunlight just starts to hit the edge of the moon (as shown below).

I then resorted to doing wider angle shots to show the yachts anchored nearby, so here is my version of the lunar eclipse: 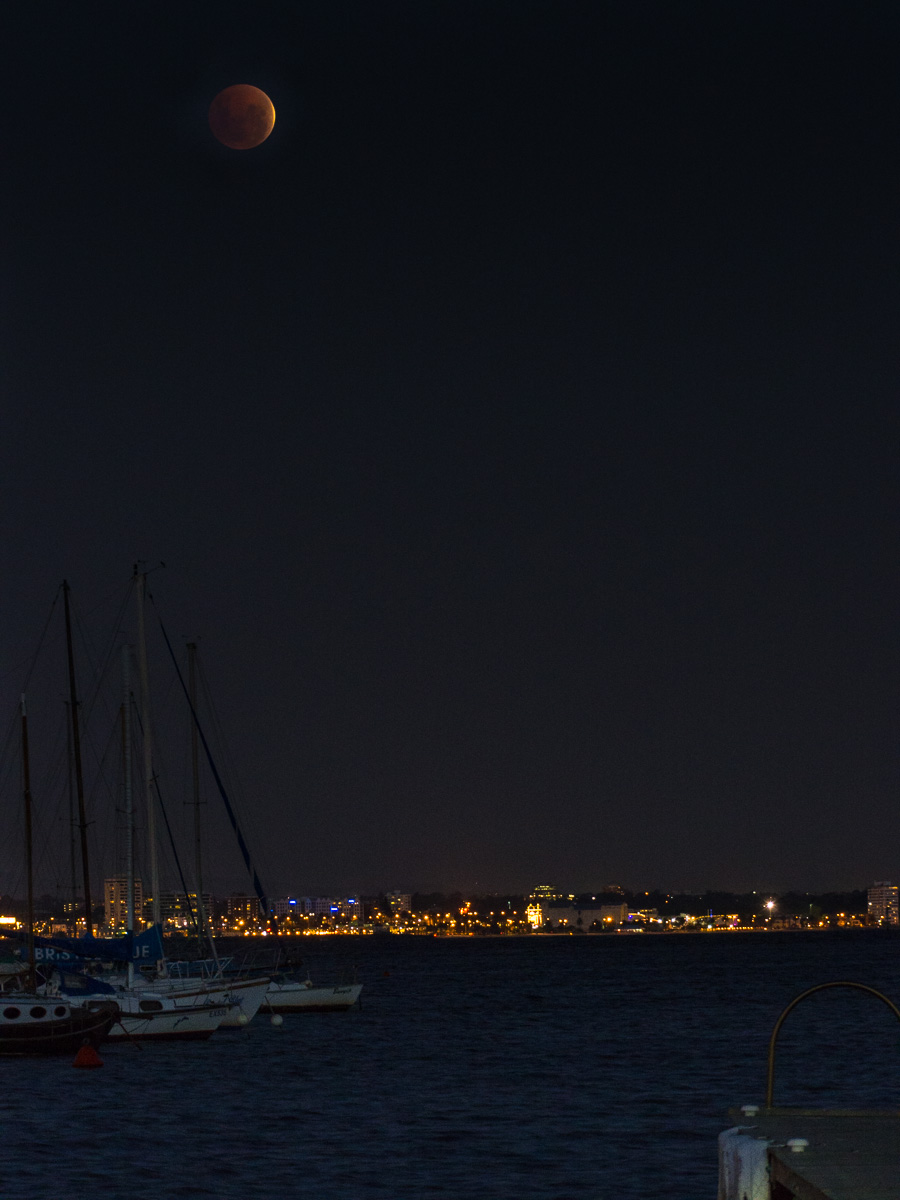 See my wiki for how to photograph the moon.