Most of us have a Christmas work party where everyone gets to dress up and have fun and really get into the team spirit.

You can value add to this is an enormous way by creating great quality photos and leave them to their own creative devices.

Add a few props for them to play with and you will get some fantastic shots they will all love – although I did end up with well over 300 shots which I had to edit – but I loved them all as they were so natural looking with fantastic expressions which really showed how much they all enjoyed the opportunity to be creative – knowing that they will look great unlike typical indoor iPhone snaps!

And there were none of those helicopter-style selfies!

None of these have had any significant PS work on the skin, just some cropping, cloning of creases in the backdrop, and some tonal adjustments and some have a little increased clarity added. 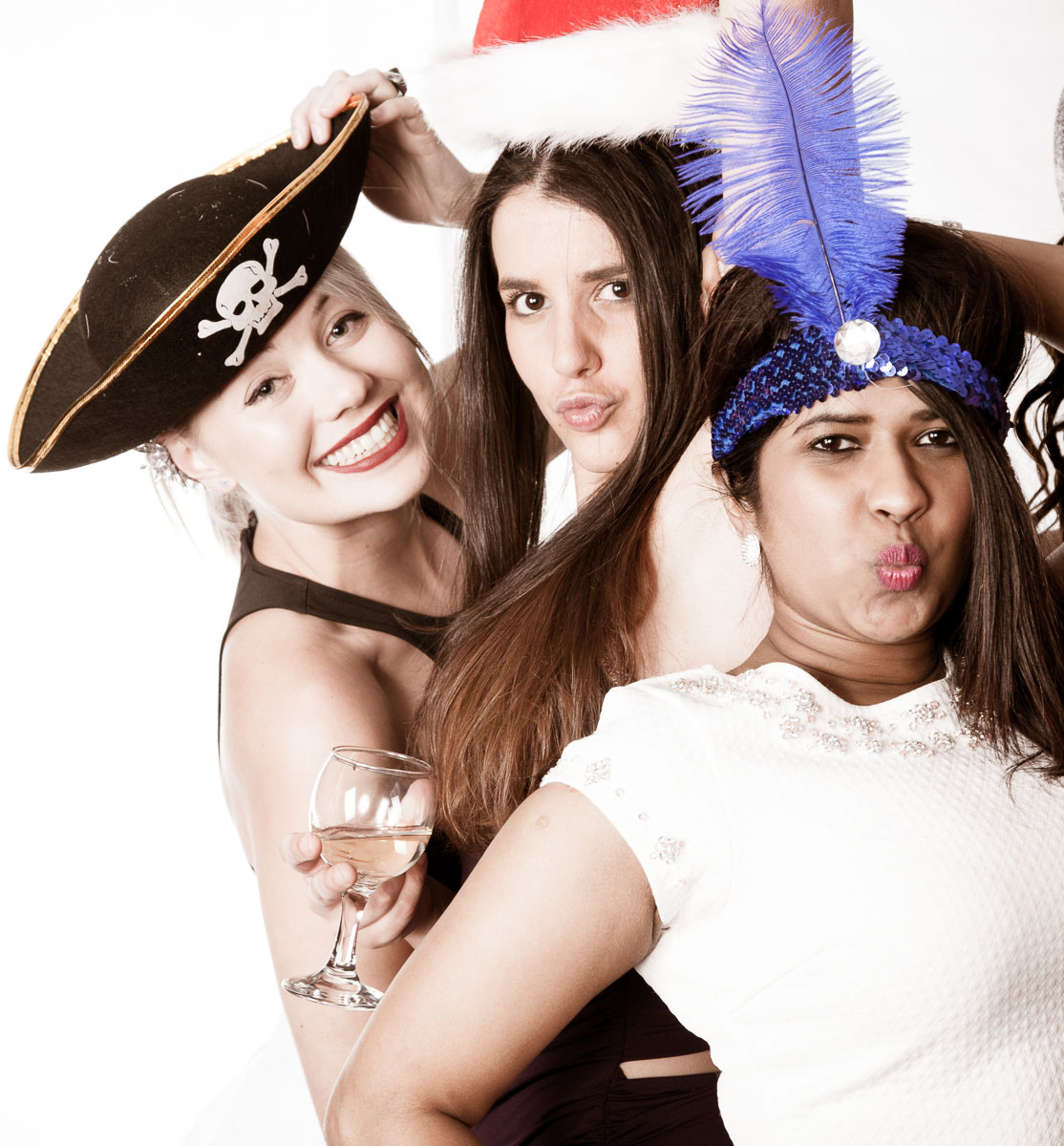 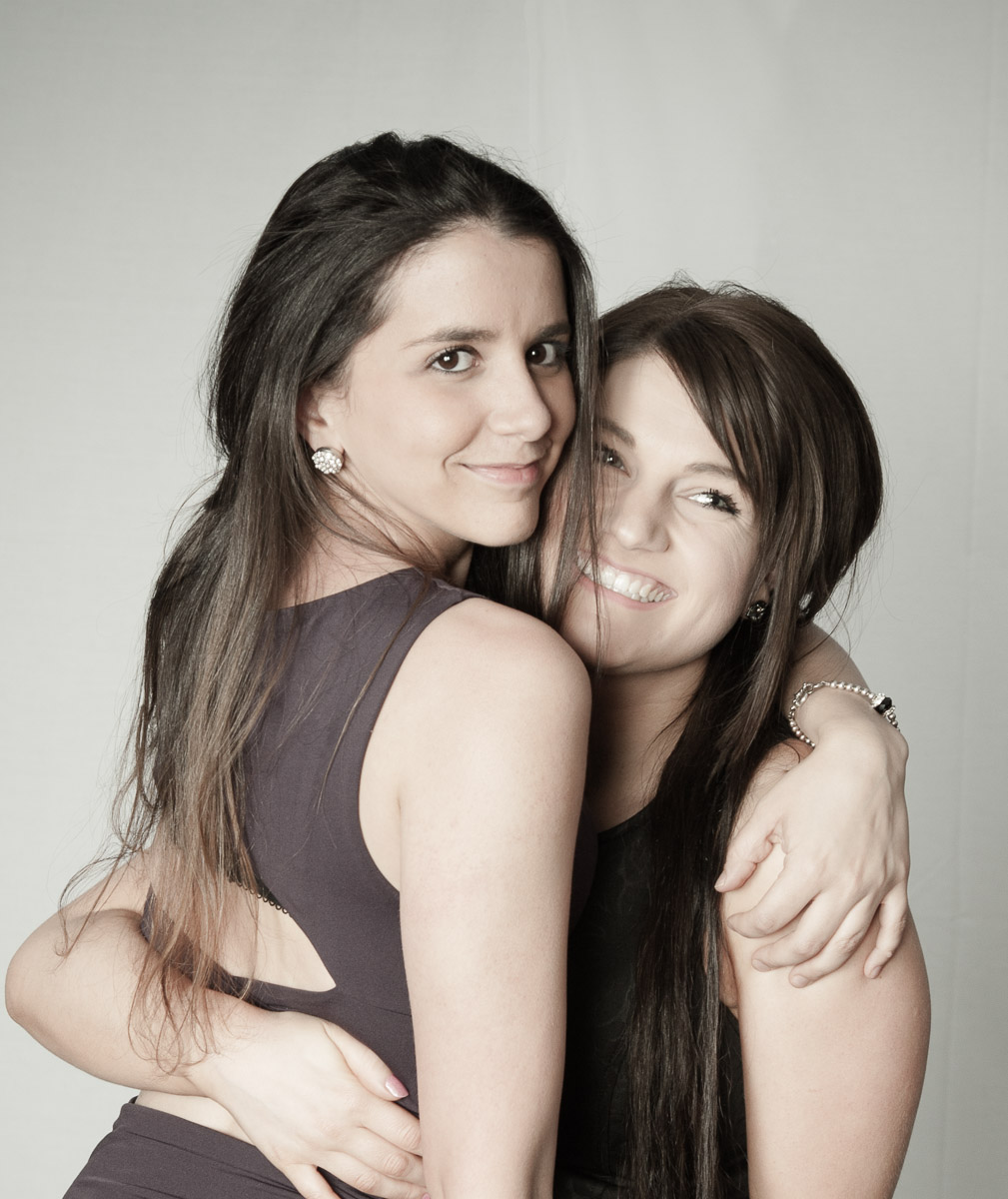 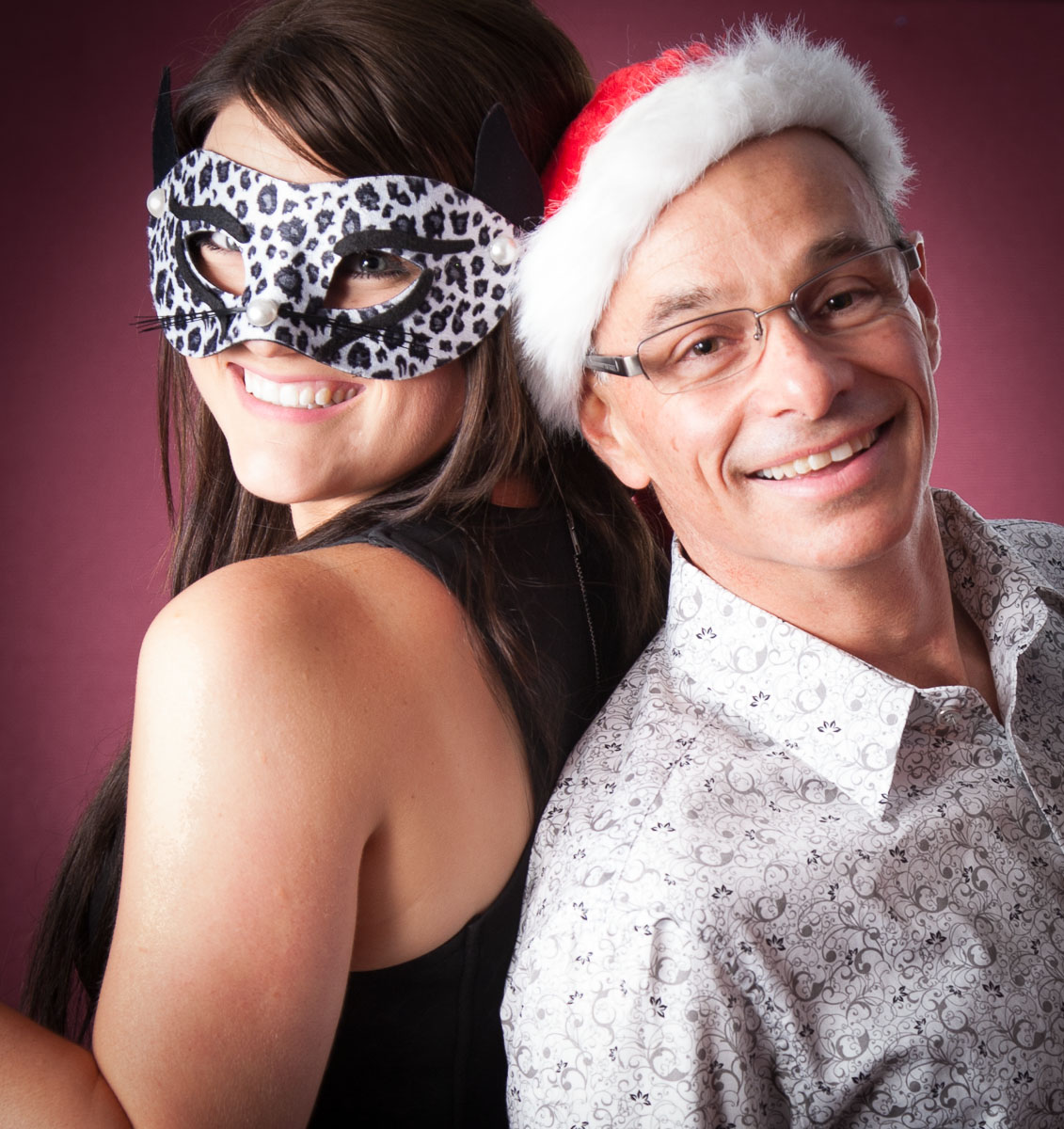 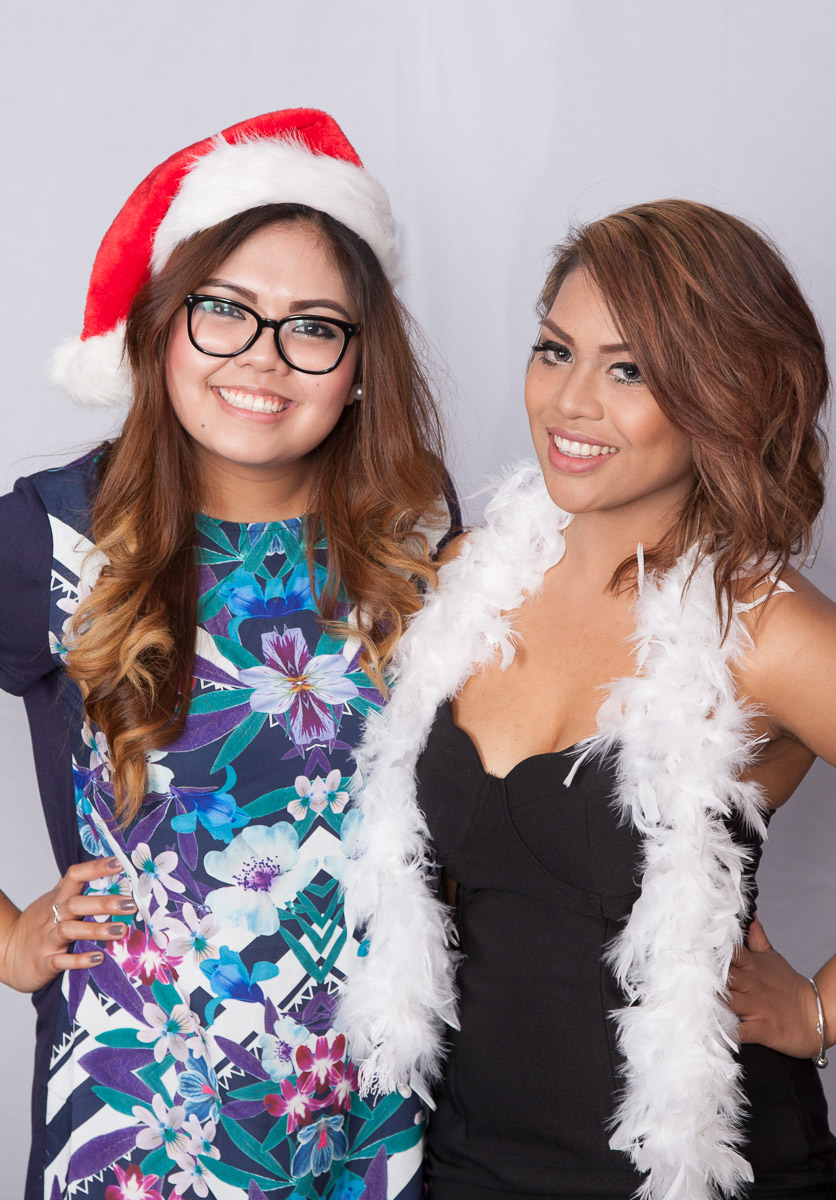 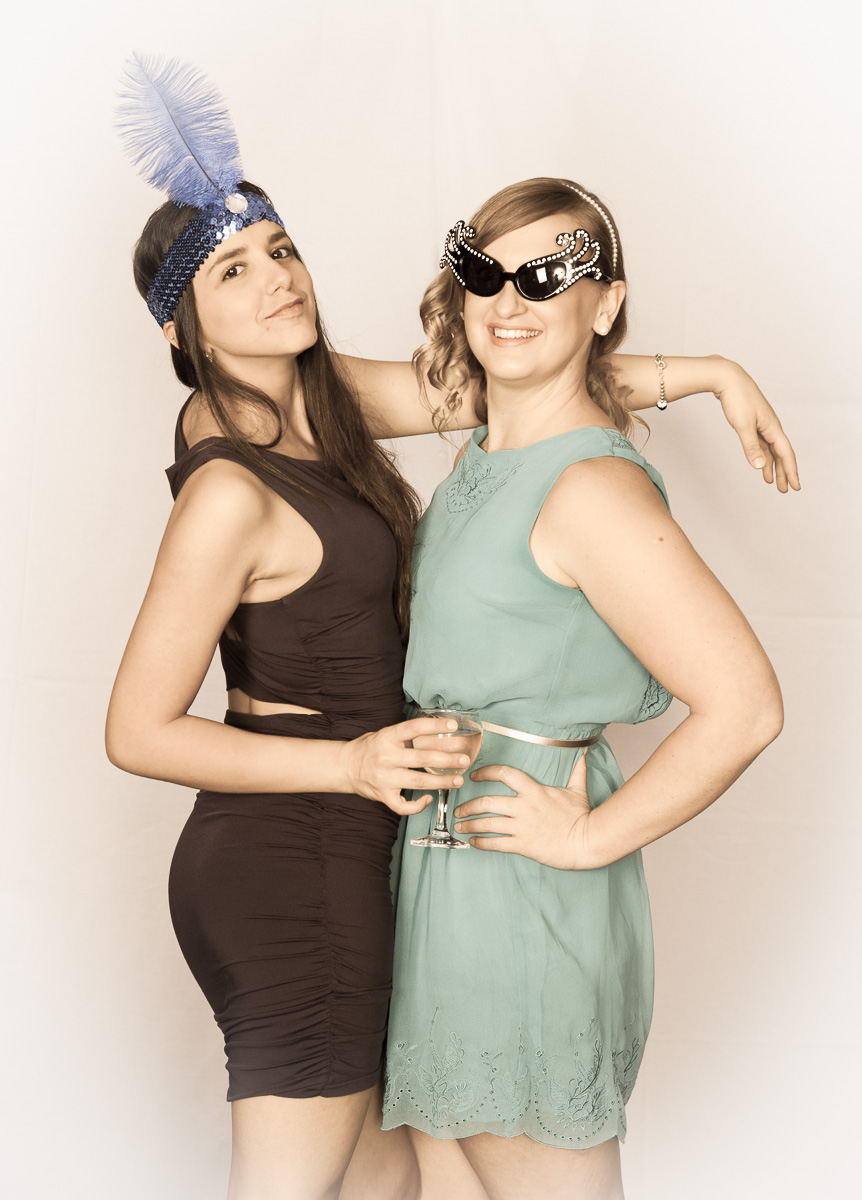 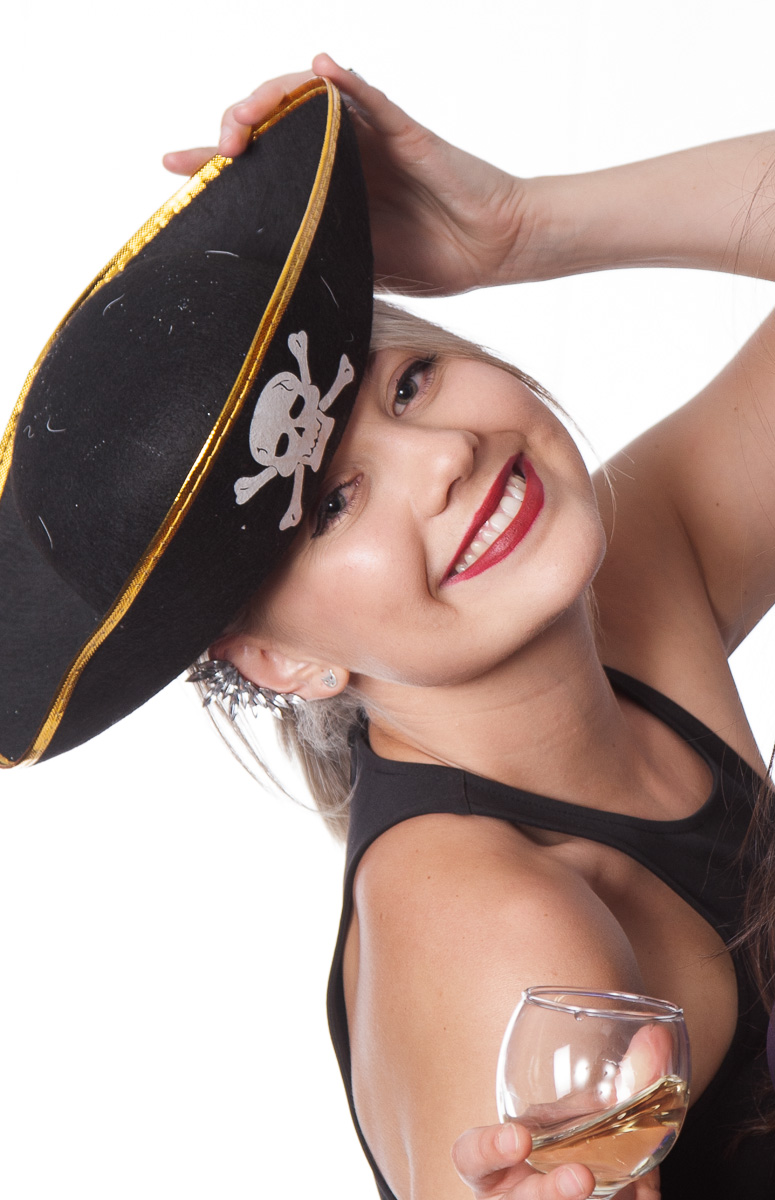 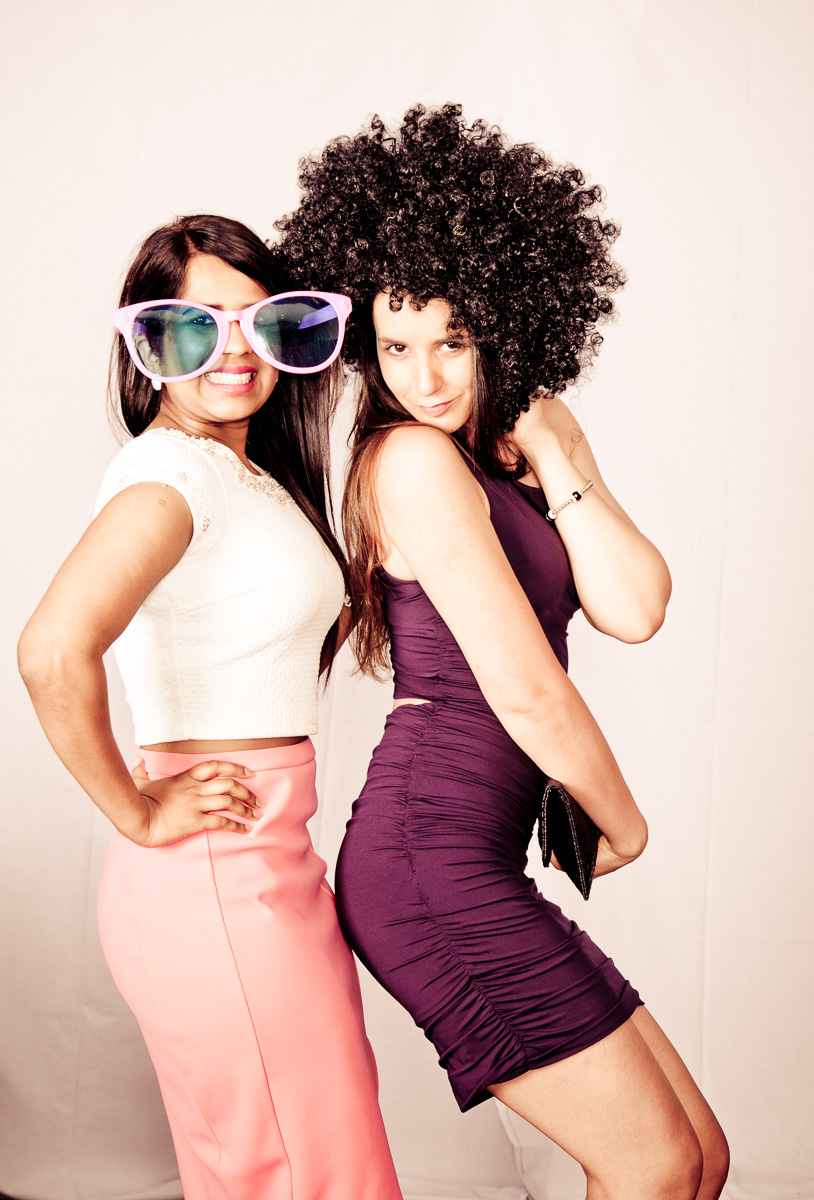 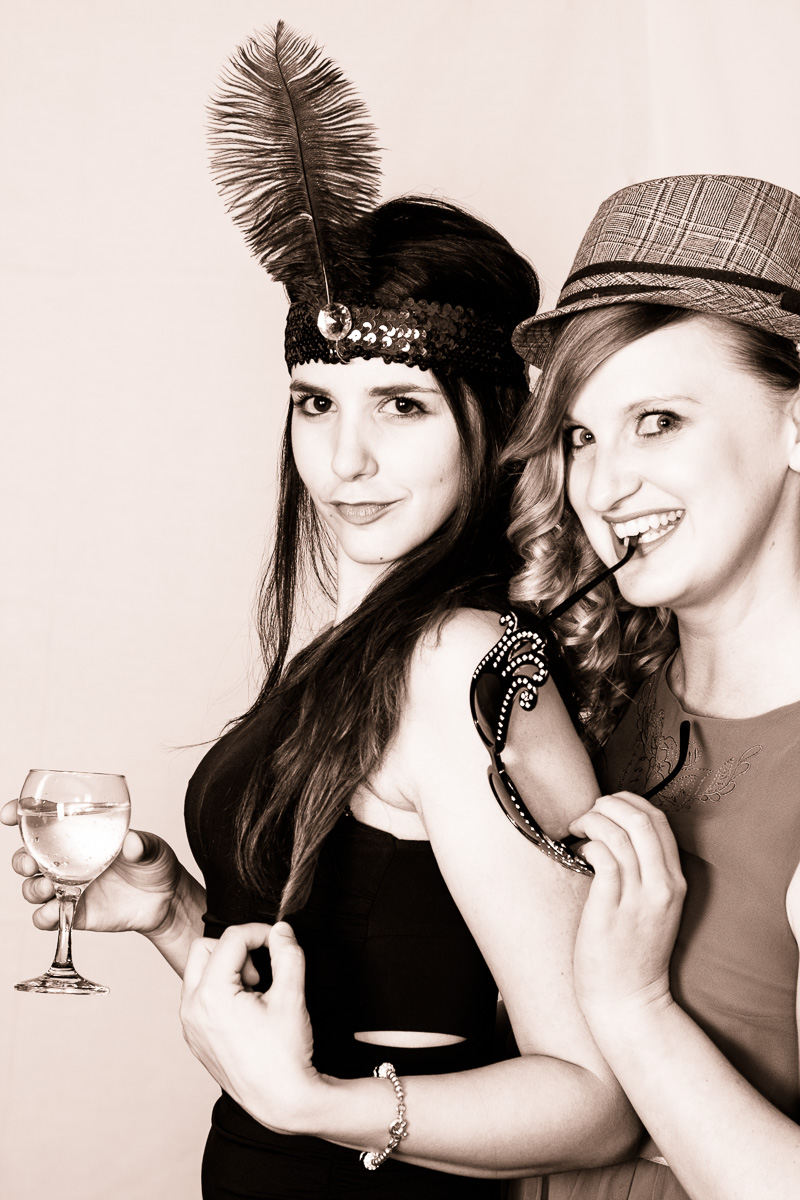 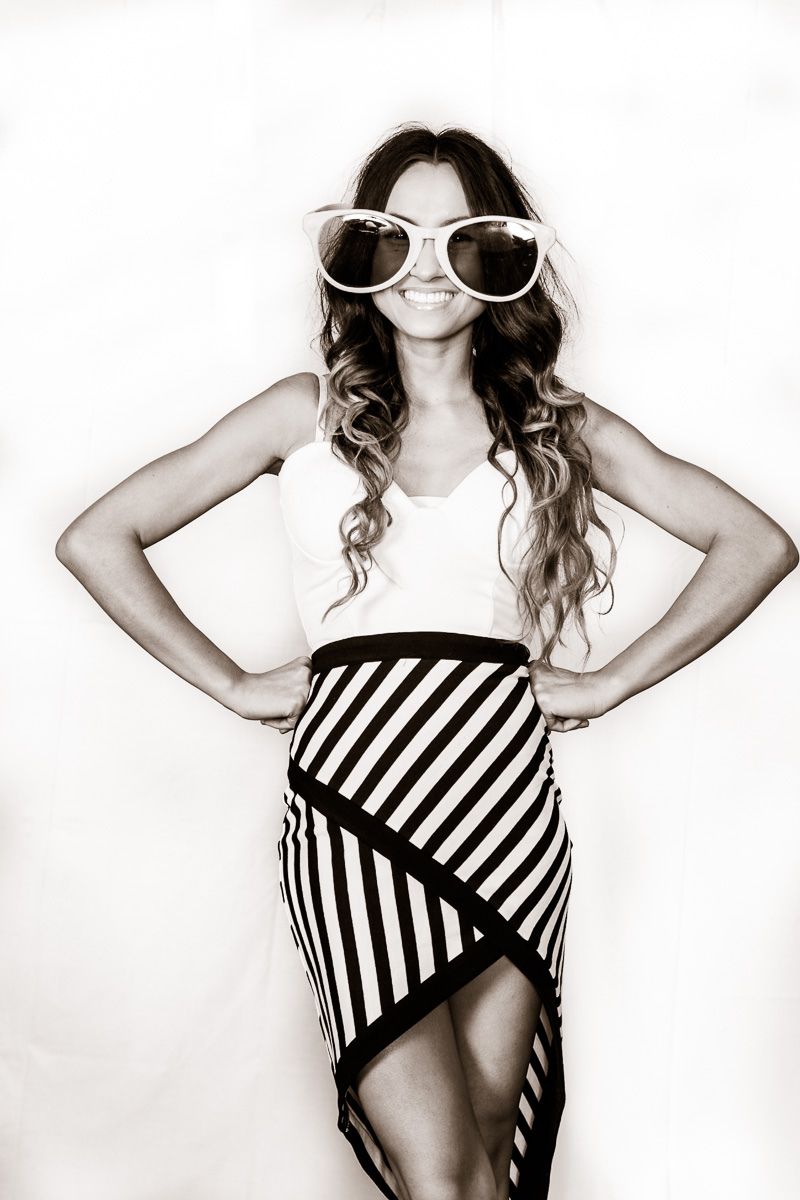 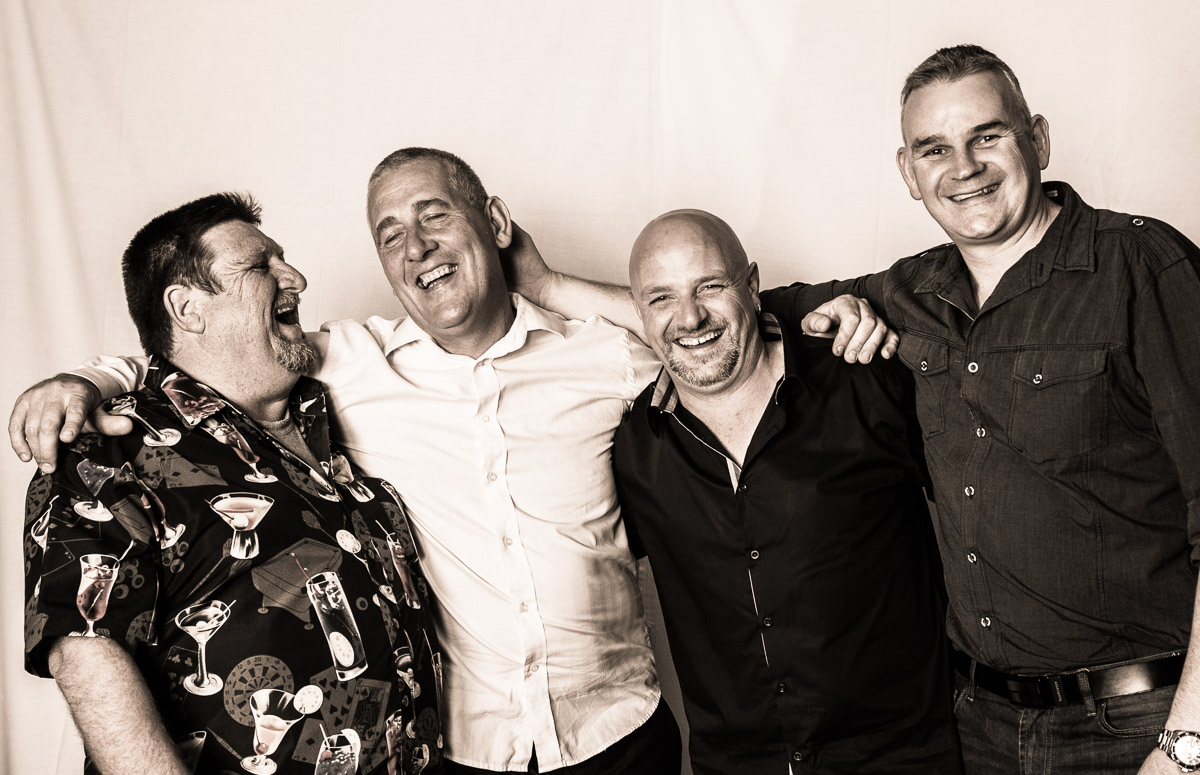 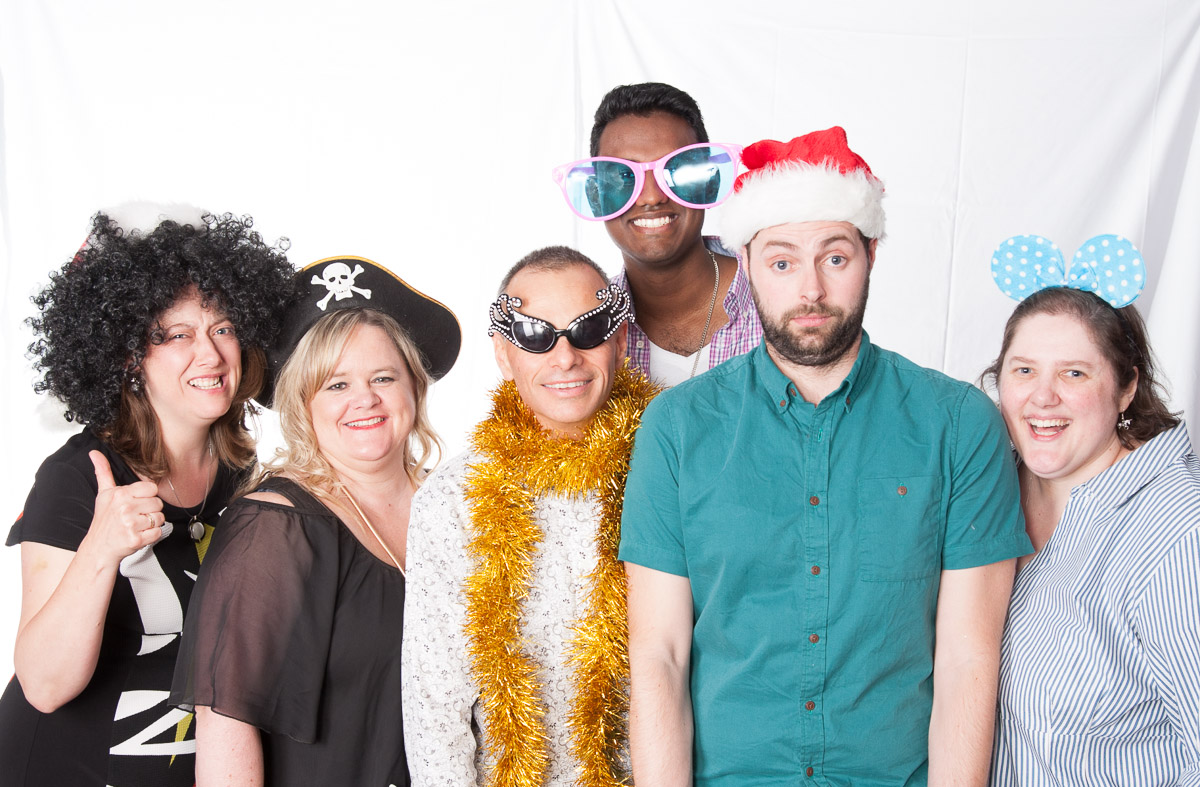 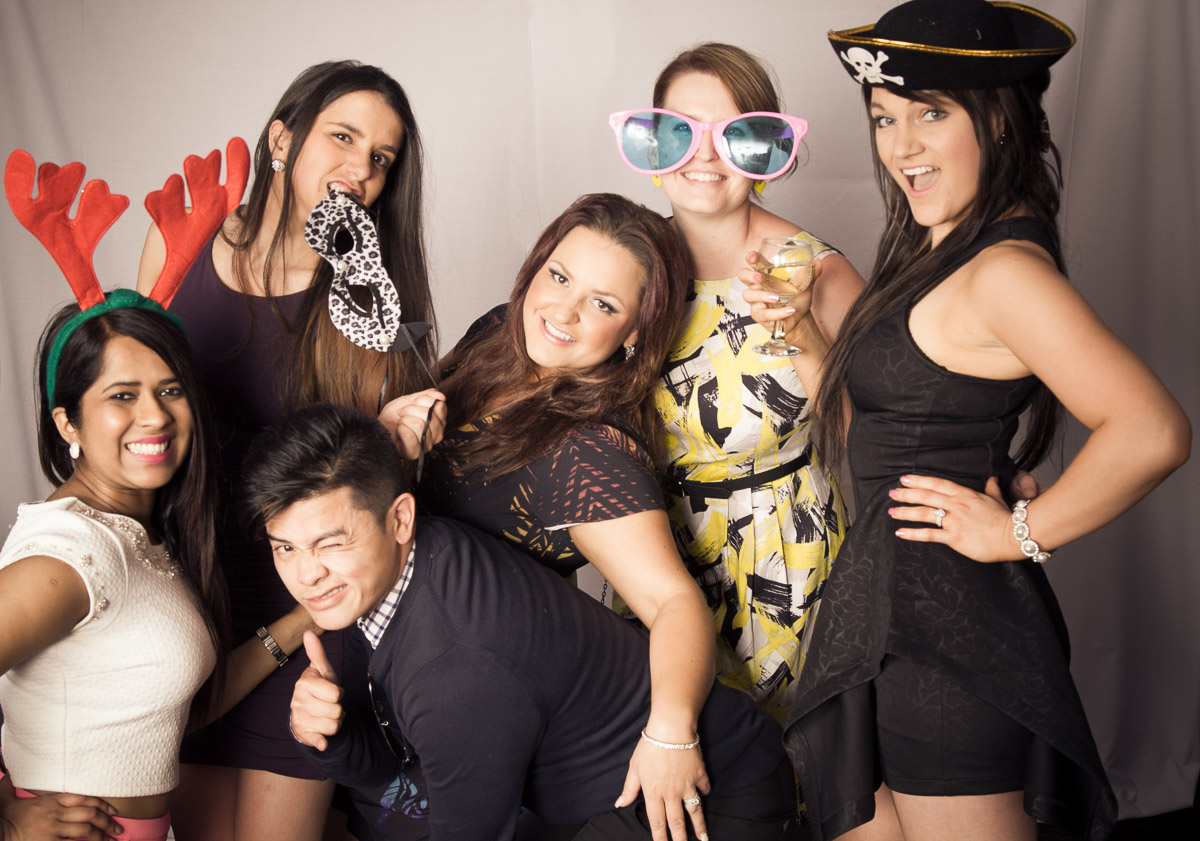 Now for the set up:

A couple of sheets as backdrops – would have been better with a white wall to save cloning out the creases in every shot – a clean background really makes a big difference in the aesthetics!

A flash to light the backdrop – I had intended to use 2 x Metx 45 CL-4 flash units triggered by optical sensor, however, one of the PC cords failed me so I had to be happy with one on full output with a diffuser attached. The light from the flash had to be shielded so it did not directly hit subjects causing blown highlights.

A main light – here I used a studio flash with a soft box on a light stand to provide some soft semi-directional light so that it didn’t matter too much where the subjects were facing as that was always going to be next to impossible to control!

A fill-in light at 1 stop less exposure than the main light – to avoid secondary shadows from a fill-in, I decided to bounce a studio light off the rear wall – the main downside to this is that the photographer is visible in the reflections of glasses – but that is a reasonable compromise.

The result is lovely soft semi-directional light on their faces with catchlights in their eyes and no nasty secondary shadows. nor nasty flash reflections from glasses.

The camera was irrelevant – as long as you can trigger the studio flash with PC sync cord or a radio remote trigger, and you have a suitable lens you are going to be fine.

A zoom lens proved to be critical instead of my primes as there was no time to constantly change lenses to accommodate varying numbers of subjects from 1 to 12 at a time!

White balance was set to Sunny, but as I shot in RAW, I adjusted the white balance in Lightroom according to a test target I photographed.

And there you have it – fairly easy portrait lighting for some fun portraiture.