My last post in this series exploring the Red Centre of Australia which previously included the posts:

This post explores the famous Kata Tjuta (The Olgas) which formed in a similar way to Uluru but from alluvial conglomerate rock deposits from the nearby mountain ranges which were once as high as the Himalayas. See the previous post on Uluru for an explanation of the geology of how these massive rocks formed.

Kata Tjuta consists of a number of rounded conglomerate rock formations which at 546m above the plain are substantially higher than Uluru (348m above the plain). It is some 50km west of Uluru on bitumen road within the park.

Uluru and Kata Tjuta are listed at #33 in the Lonely Planet’s Top 500 travel destinations in the world for 2015. Australia is the only country represented twice in the top 12 destinations with the Great Barrier Reef at #2 and the Twelve Apostles at #12, and even gets a 3rd mention at #20 with MONA art gallery in Hobart. 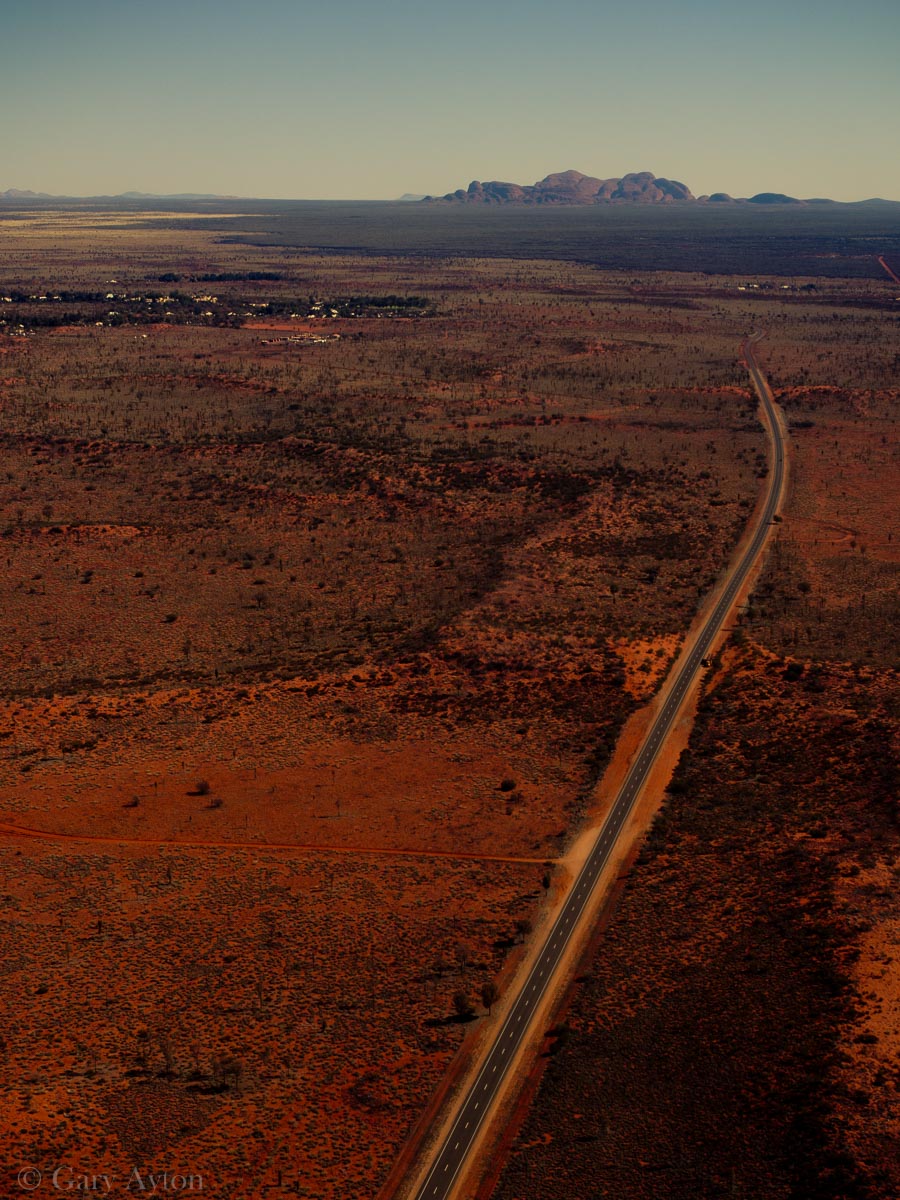 Unfortunately one is NOT permitted to stop your car along the road near Kata Tjuta (for the 16km stretch west of the Kata Tjuta sunset viewing platform), and as with Uluru, you must vacate the park by closure time which is currently 7.30pm in winter. An important issue for those with rental cars is that you will NOT be covered by any insurance if you have an accident after sunset, so the 45 min drive back to Yulara after sunset viewing of Kata Tjuta poses financial risk of potentially paying for the replacement cost of the vehicle if you happen to hit wildlife – although risk does appear low here if one drives carefully and at reduced speed. 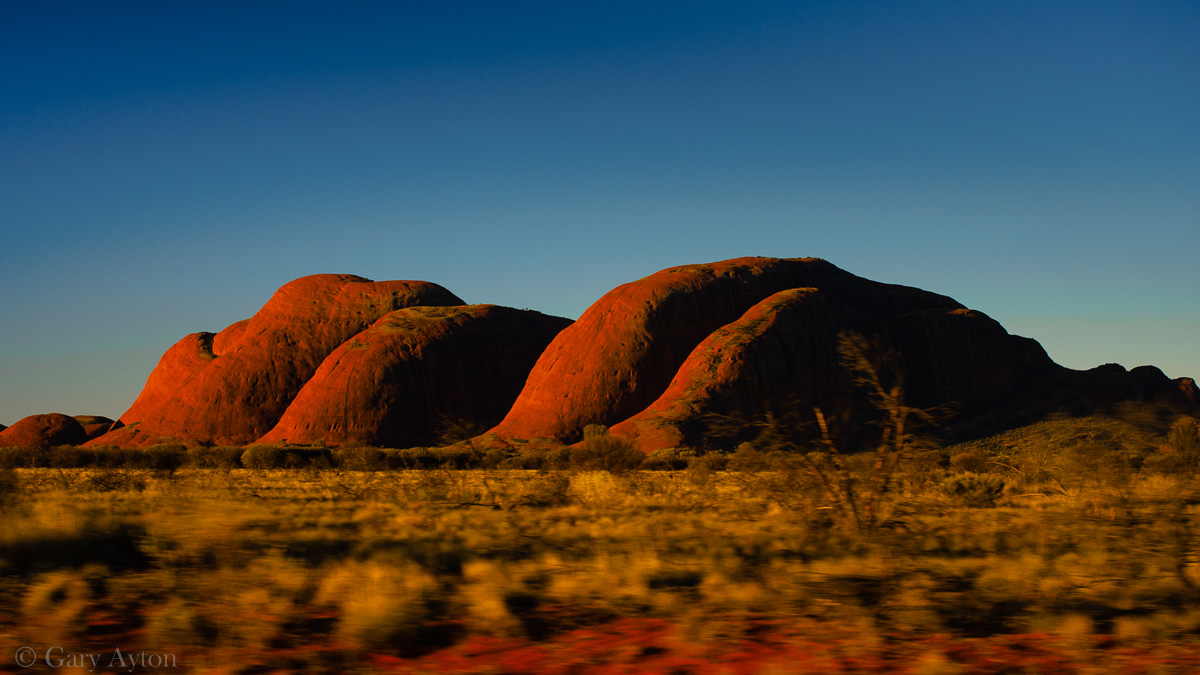 One of the better views at sunset of Kata Tjuta but at this area, one is not permitted to stop the car so this was out the window while car was moving. The last blue moon for 3 years and I managed to capture this from the Kata Tjuta dune viewing platform, although from 30km west of Uluru, the moon was still too far south from Uluru to allow a telephoto lens to make it look larger and still capture it in the same image as Uluru. One is not allowed to just stop your car anywhere in the park so planning these shots are quite limited to certain locations. Olympus OM-D E-M5 hand held with Olympus mZD 12-40mm lens at f/5, 1/160th sec, ISO 200, 40mm focal length and Vivid picture tone.

There are only two car park locations to choose from:

There are two main places from which to walk:

The walks are closed if temperature is above 36degC, and you should take water and sun protection as well as sturdy shoes/boots with good soles. Sun protection would not be needed if walking just before sunset.

In hot weather aim to complete the walks by 11am. The hottest part of the day is usually 4pm in summer when temperatures in the sun can reach close to 50degC. Go in winter!

I only had time to do a quick return walk to Karingana Lookout before the sun set on us: 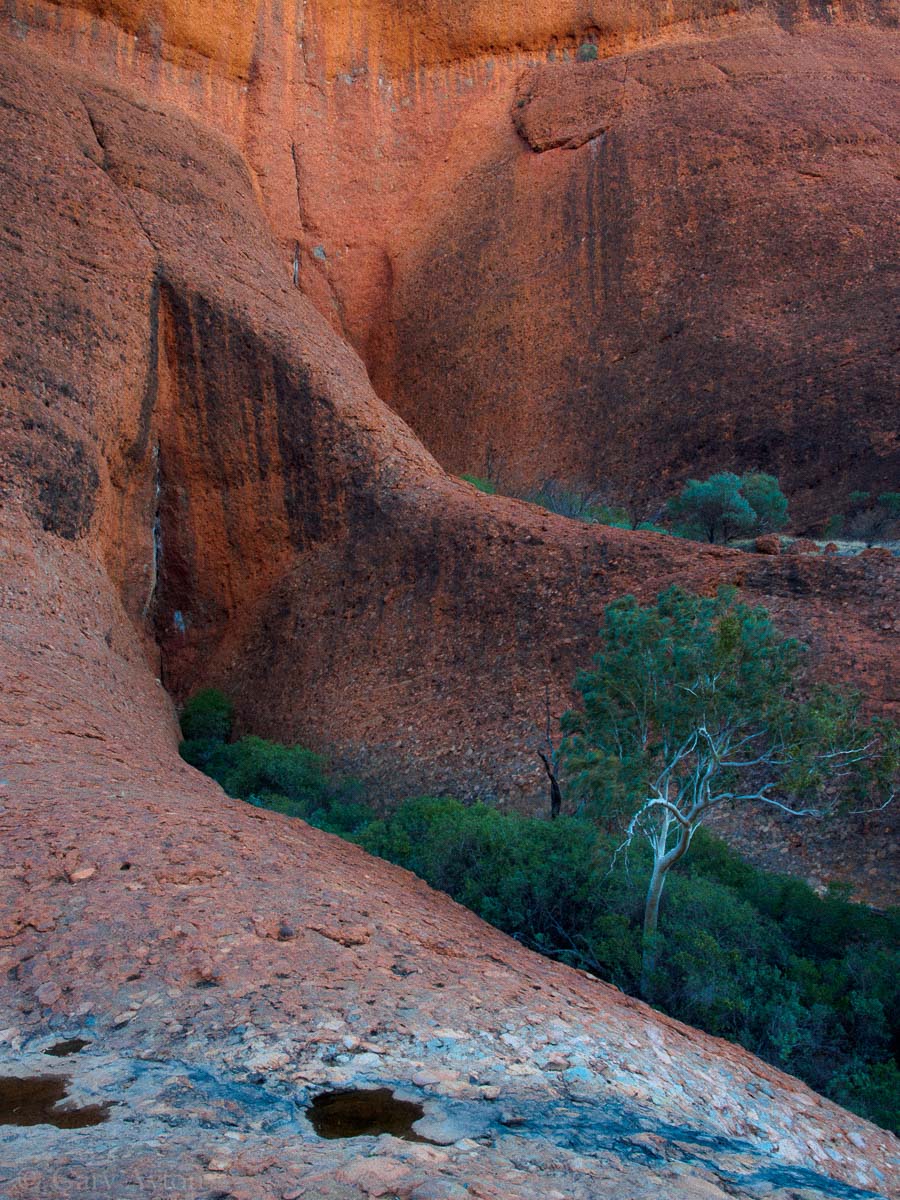 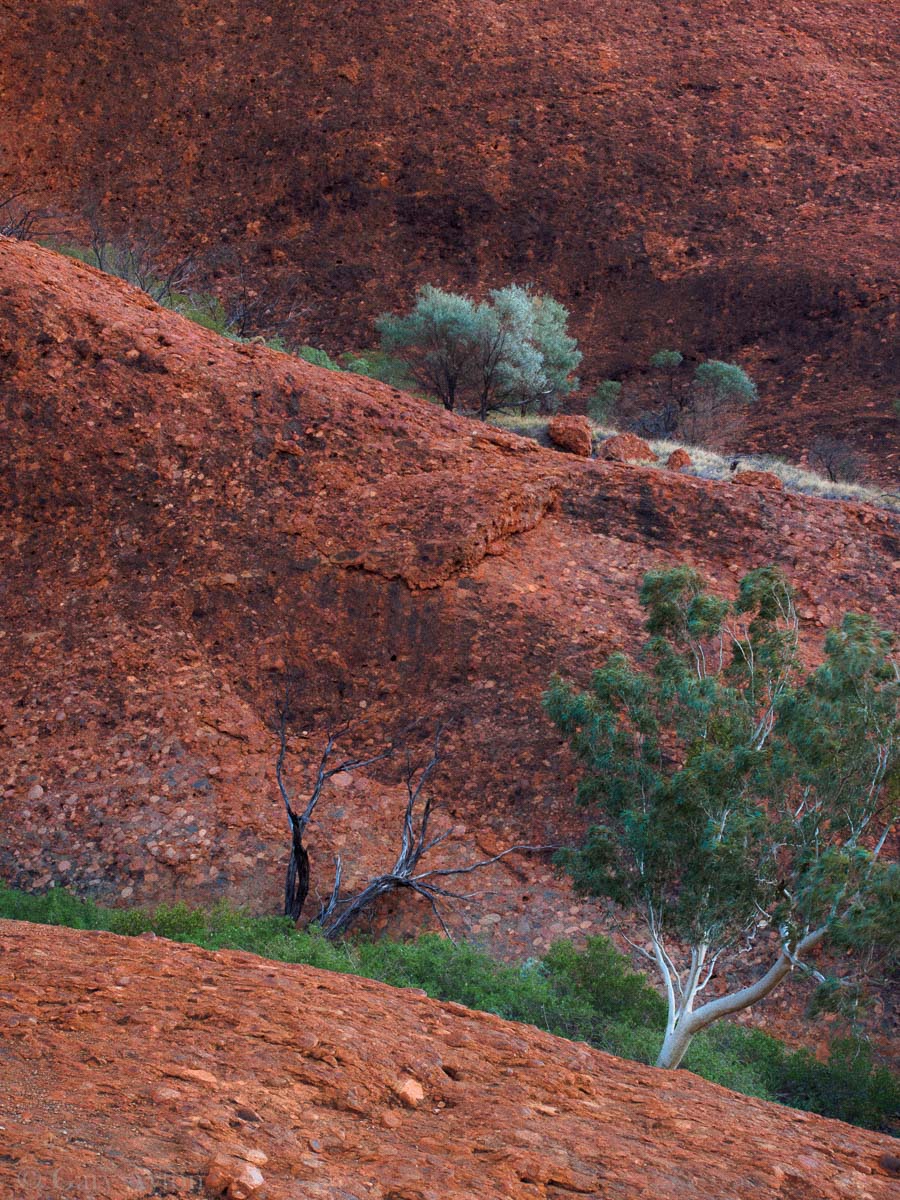 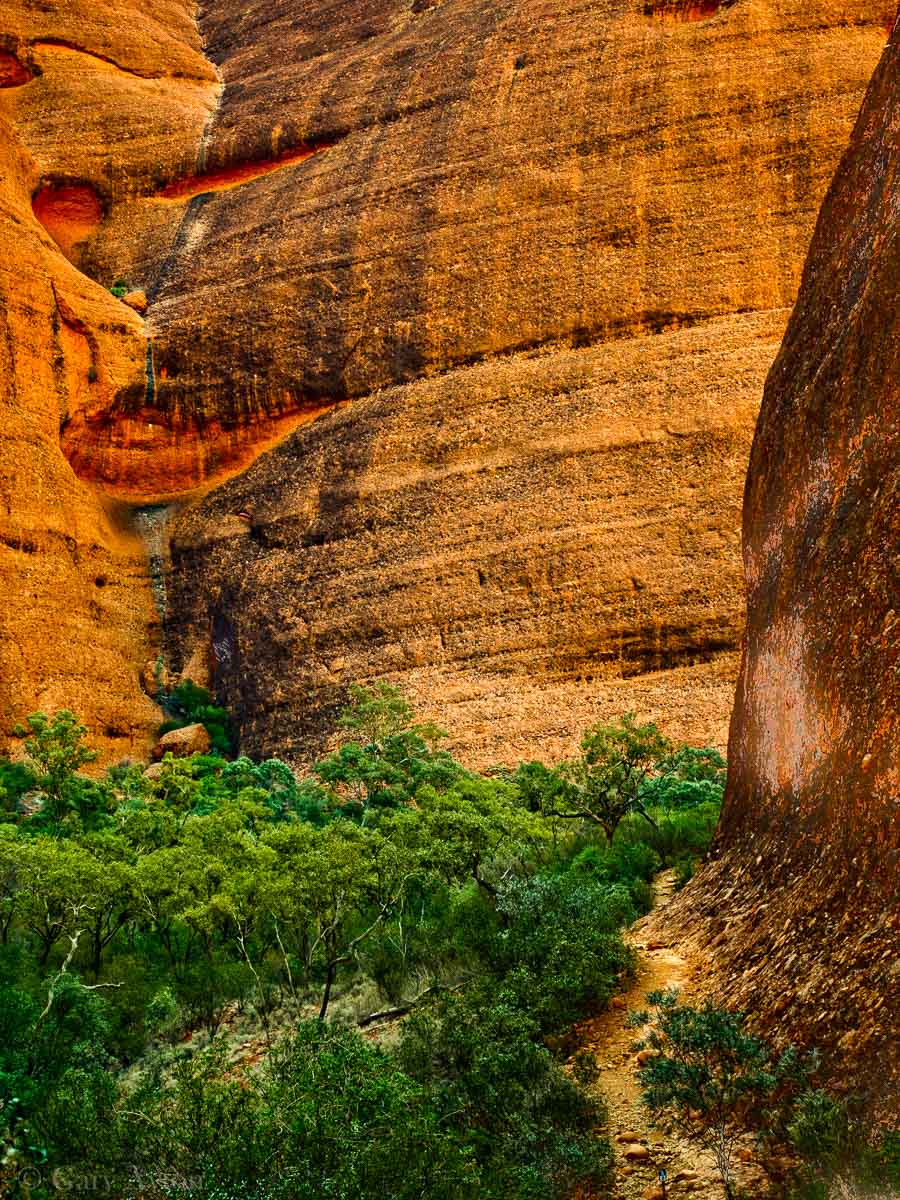 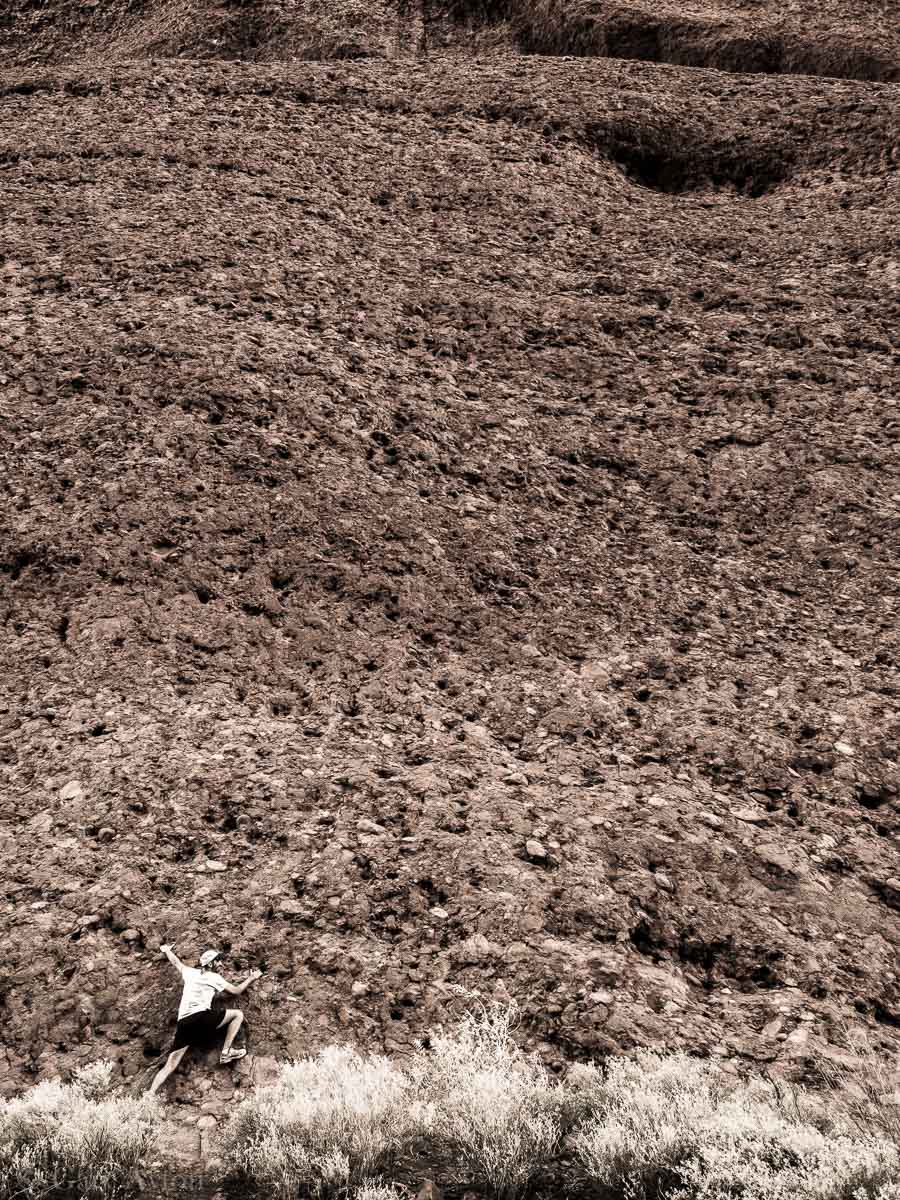 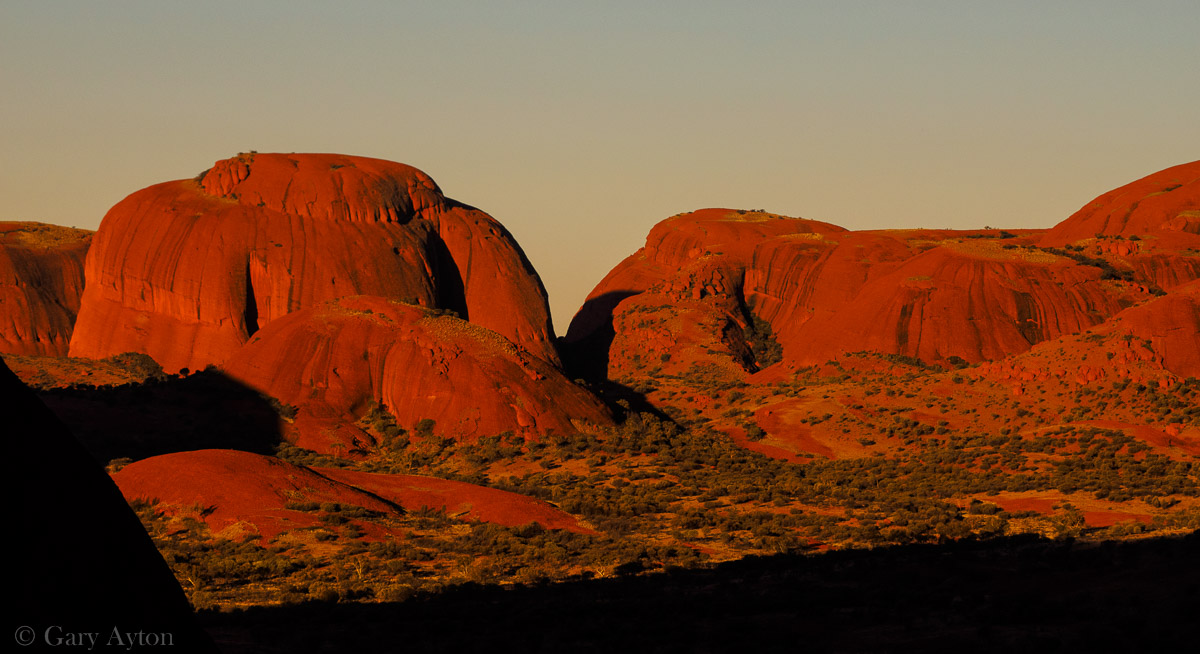 Above, the view east from Karingana Lookout – the view to Uluru is blocked. 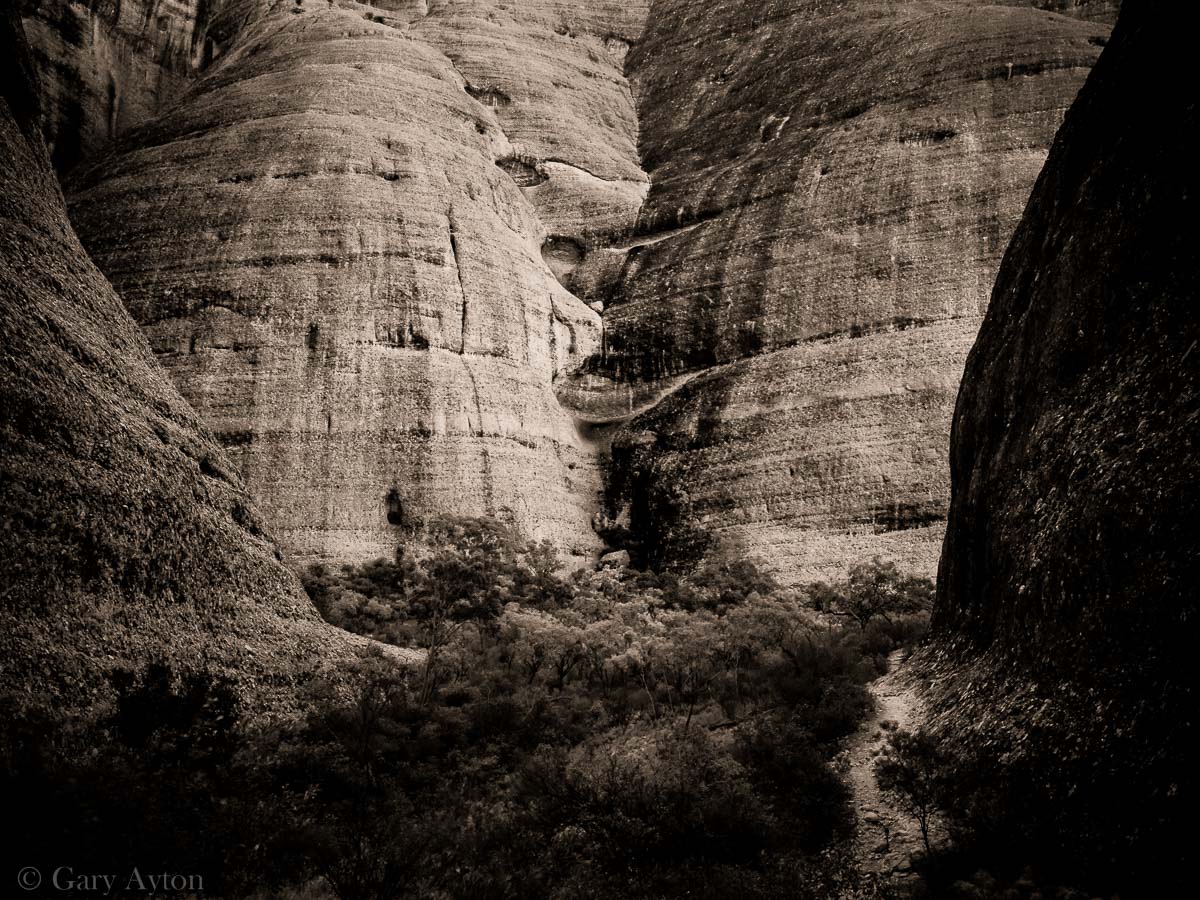 On the return walk back from Karingana Lookout: 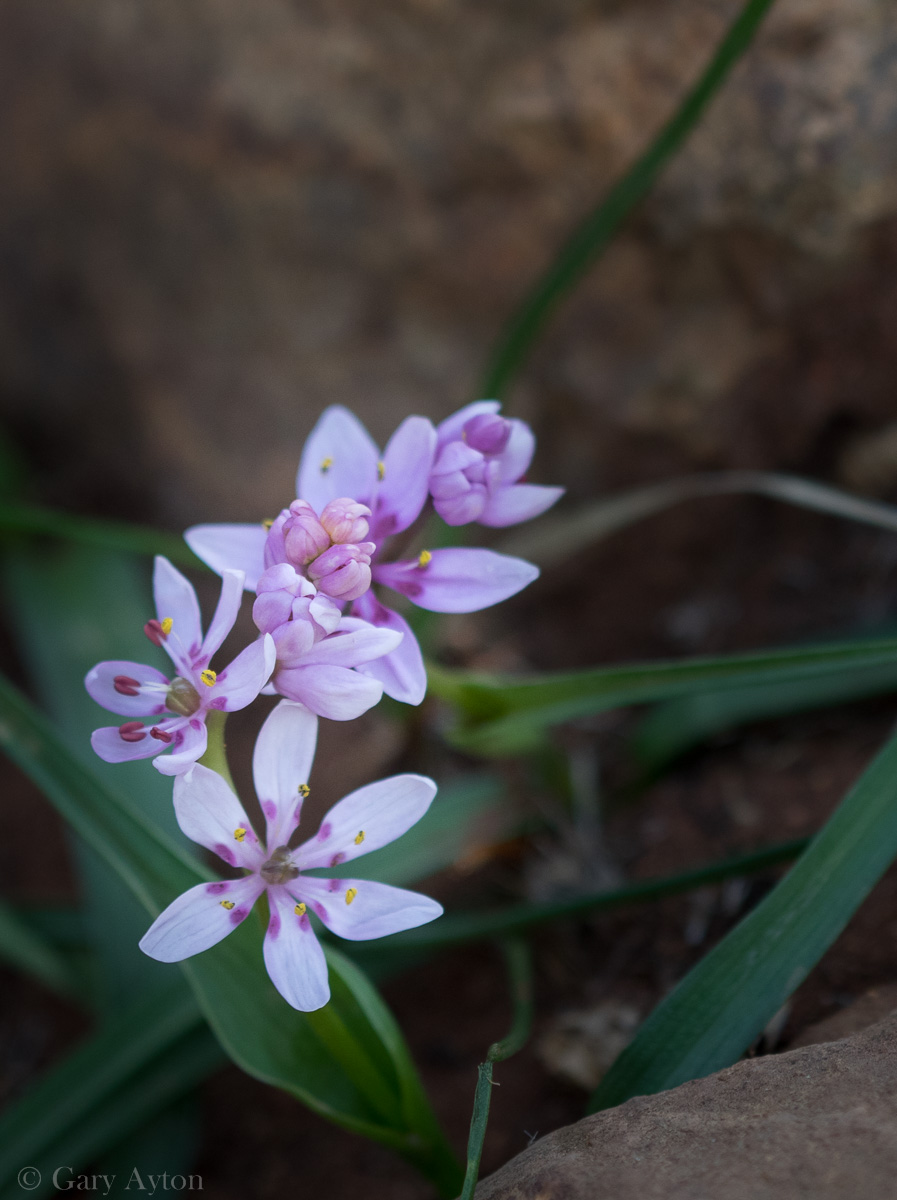 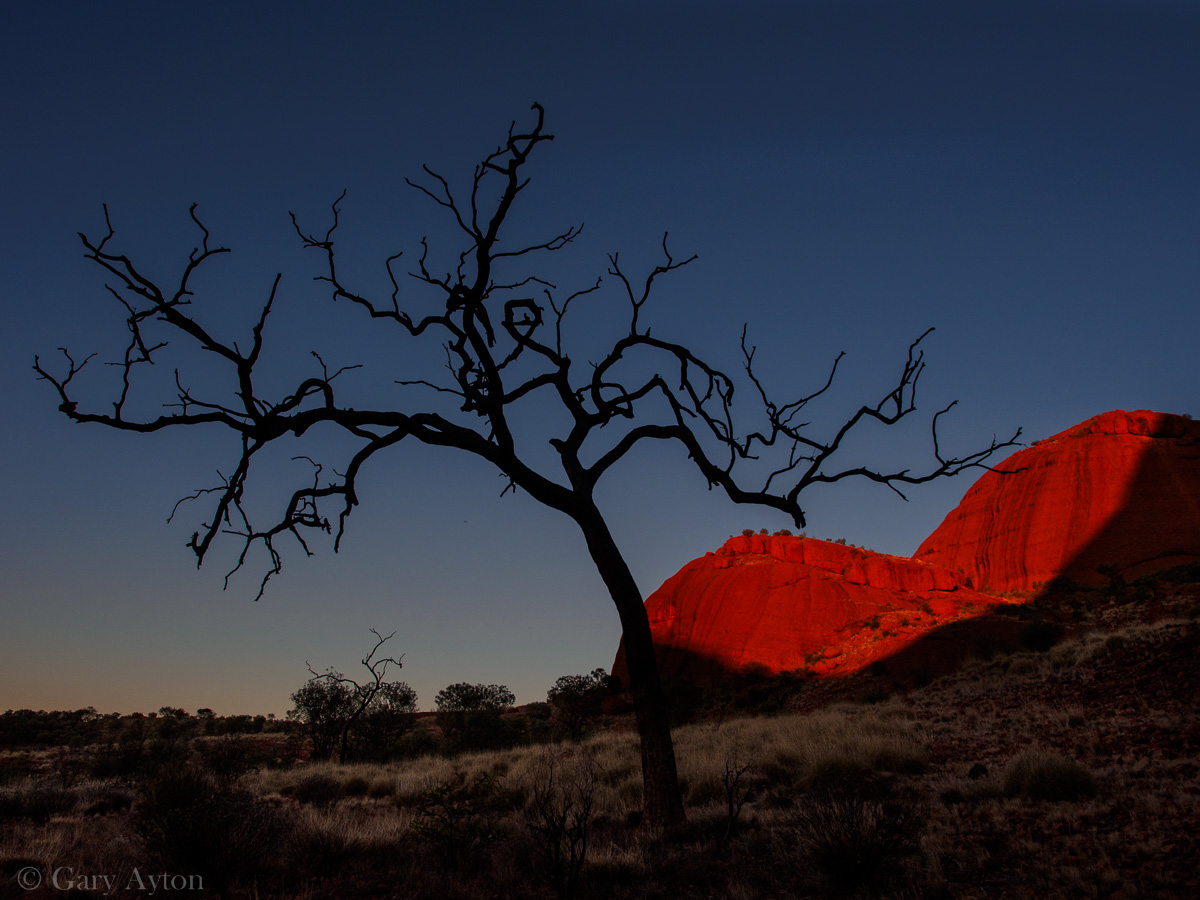