Following on from my last post on the 300mm vs other super telephoto lenses, today I decided to take it for another test walk, this time for an hour walking around a bird sanctuary.

I walked without my back pack or my waist belt camera support and am pleased to report that despite the 1.8kg combined weight of the Olympus mZD 300mm f/4 OIS lens on the Olympus OM-D E-M1 Micro Four thirds camera, it was very easy to carry and much of the time I walked with it held by only my two fingers given it balances so well on that camera.

For static subjects it was a pleasure to use, although at close distances (it does focus as close as 1.4m), the depth of field is so narrow, even stopped down to its highest performing aperture of f/5.6, that great care has to be taken to focus exactly and then ensure you don’t move an inch, nor the subject before you take your shot.

When you get this right, it is indeed superbly sharp, just check out this lovely bird that was walking around about 1.4m from me taken at f/5.6 (image practically straight from camera via Lightroom RAW conversion): 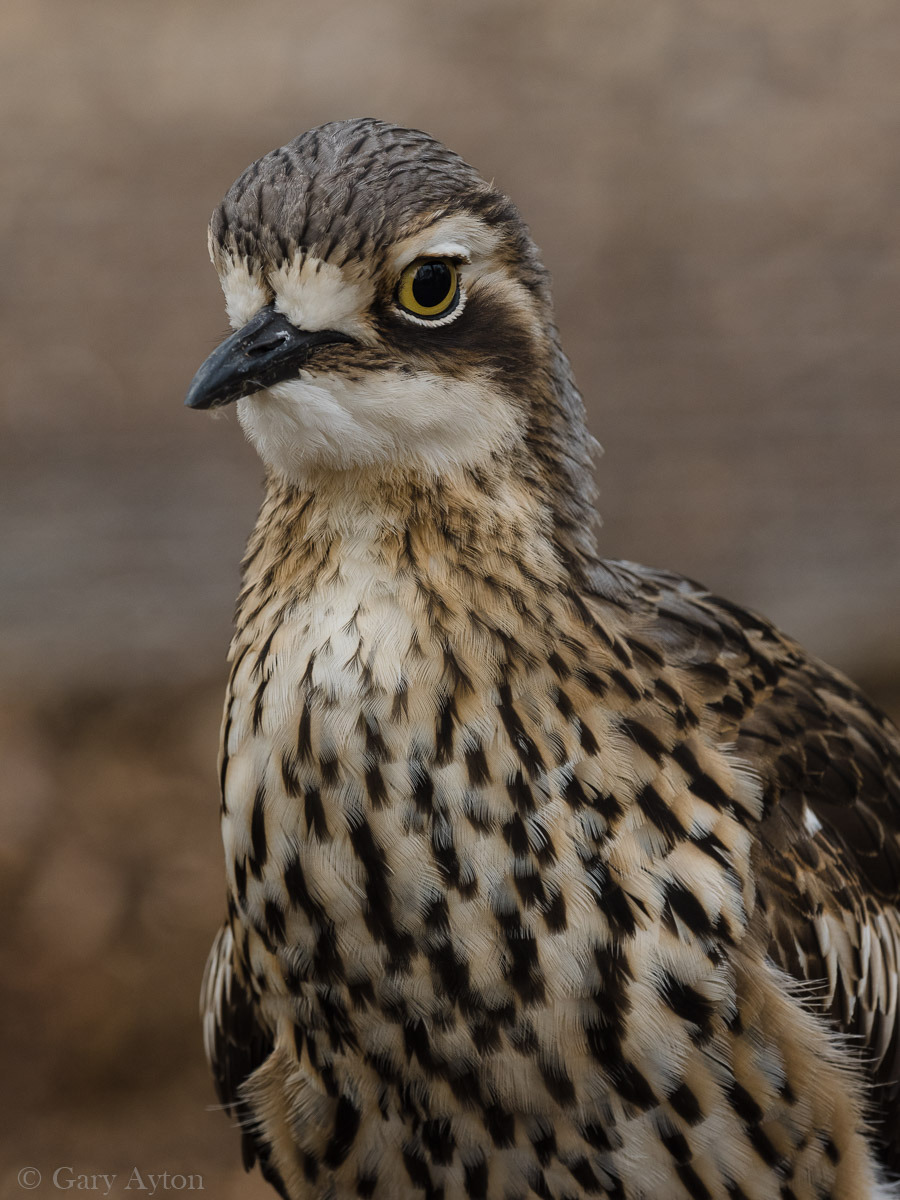 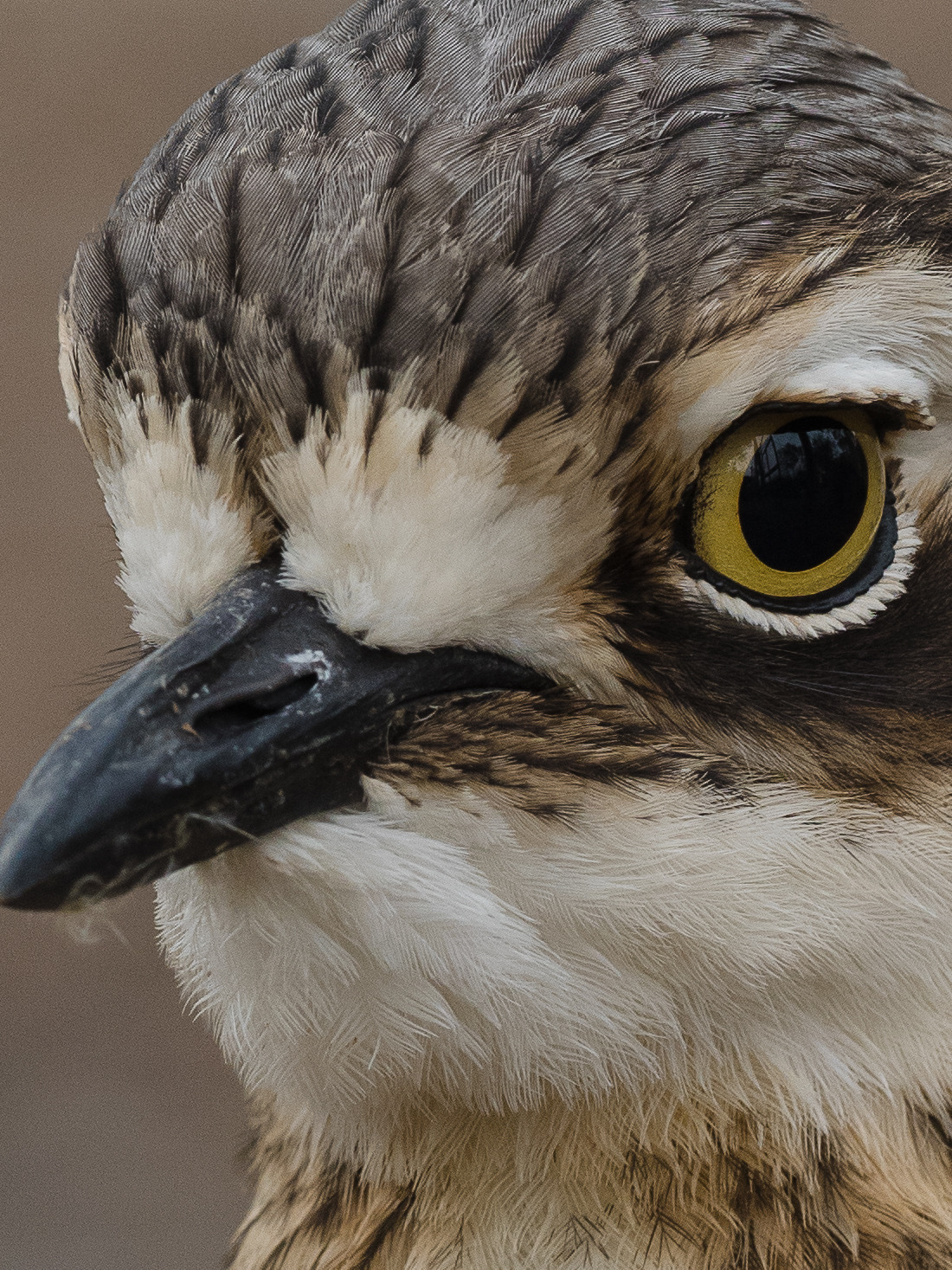 For a relatively large bird with a long beak looking at you at these distances, you definitely have to stop down to at least f/5.6 or perhaps f/8 to get the beak and eyes in focus, the depth of field is that narrow at f/4!

You can shoot birds at close range at f/4 if they are perpendicular to you like this one, as then you get eyes and beak in sharp focus: With a moving target at such close distances, it is hard to compose the image due to the very narrow field of view let alone get the correct part of the subject in focus.

Nevertheless, I was able to capture this very active tiger quoll at f/4 and nailed the focus (shot through a 1″ wire cage as these things have very sharp teeth) – click on the image to get a larger version: How is the bokeh and depth of field for shots at around 4-6m? Here is a cheeky emu hiding around a tree to show this at f/4 (although this is a bird sanctuary and there were emus, this is not a real one!): 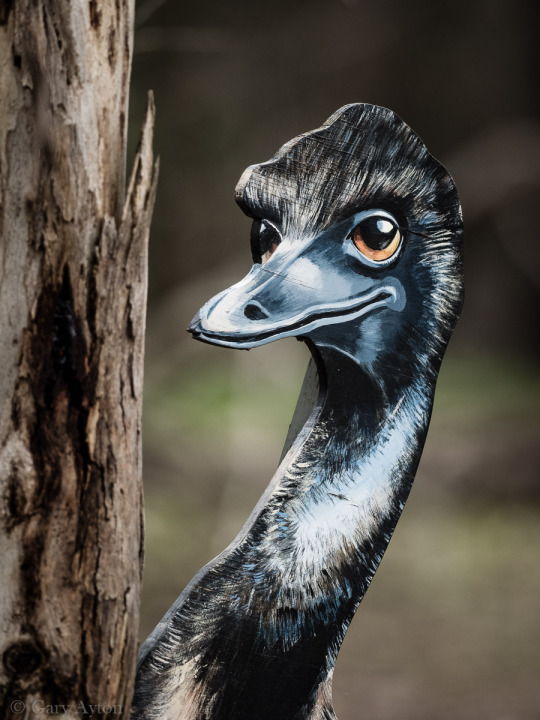 This gives you a great idea of how fantastic a head and shoulders portrait could be when you really need to compress as well as blur out a busy, distracting background.

But how well does it perform when the subject is about 30m away, and will it still give good subject isolation at that distance? Well here is a wallaby with its mate about 10-15m behind it, shot at f/4: But what about birds in flight I hear you say?

Just before the park closed and in low light at the end of an almost Winter solstice day, I thought I would test out shooting birds in flight, flying almost directly over my head.

Now I am NOT a birds in flight shooter and this genre requires a LOT of experience and skill as well as the correct equipment, plus good light and obliging large birds which don’t fly too fast.

This became a very frustrating exercise as most of the birds were too small and flew too fast for me to get in the image let alone allow the camera any chance of autofocus lock.

I finally found one eagle, but only had one chance to capture him in flight, and whilst I managed to do so, it was not the sharpest of images. I had decided that for this type of shot I would resort to manual exposure with a fast shutter speed and high ISO and f/4 aperture (given the large brighter sky would otherwise create a silhouette effect and under-exposing the bird which I didn’t want), burst speed to High, C-AF, all area AF, and set Release priority C to OFF in the hope I would get less shots of blank sky or out of focus birds.

The first problem which I alluded to earlier was the narrow field of view making it hard to ensure I was actually aiming precisely at the bird – this would be made so much easier by using the device Olympus made especially for this purpose – the Olympus EE-1 Dot Sight: Above is the EE-1 Dot Sight mounted on a Etsumi E-6672 bracket – normally one would mount the sight on the hot shoe as in this review:

After my reasonable but imperfect 1st attempt, I waited for the eagle to take another flight from its perch 20m up in the top of the eucalypt trees, I waited, and thought I would try to get a shot of it flting off its perch, but my hands soon tired from holding this combo up towards the sky for 5 minutes.

And then the park ranger came along and escorted me off the premises as I had failed to realise the park had closed – oops, my bad! Oh well, another time perhaps!

I think in experienced hands in good light with a large bird like an eagle, this combo could do some very decent birds in flight shots, but it will take some practice and the correct settings to optimise the camera.

Disclaimer: I do not work for, nor am I paid in any way, by any photography company, including Olympus and Panasonic, and any gear I test, I have bought from a retail store without any privileged discounts. My links on this blog will not send you to online sellers and I don’t get paid by these. I offer this from my free time to help others make choices as photography gear can burn a hole in the pocket!