I come from many years of using a long line of Olympus cameras – none of which had continuous autofocus tracking that actually was useful (OM film cameras, C8080WZ, E330, E510, E-M5 digital cameras), so even though I have owned the only Micro Four Thirds camera with on-sensor PDAF, Olympus OM-D E-M1 , I have never bothered to really try C-AF Tracking … until today.

Today I took the E-M1 with the awesome Olympus mZD 300mm f/4 lens for a spin at a local Australian Rules Football footy ground in heavy overcast with the prime aim to see if the folks on the internet are correct that C-AF Tracking mode actually works well with this kit.

See example below, these have been cropped, and have had a touch of toning and vignetting applied as this lens does not vignette to any appreciable amount even wide open. 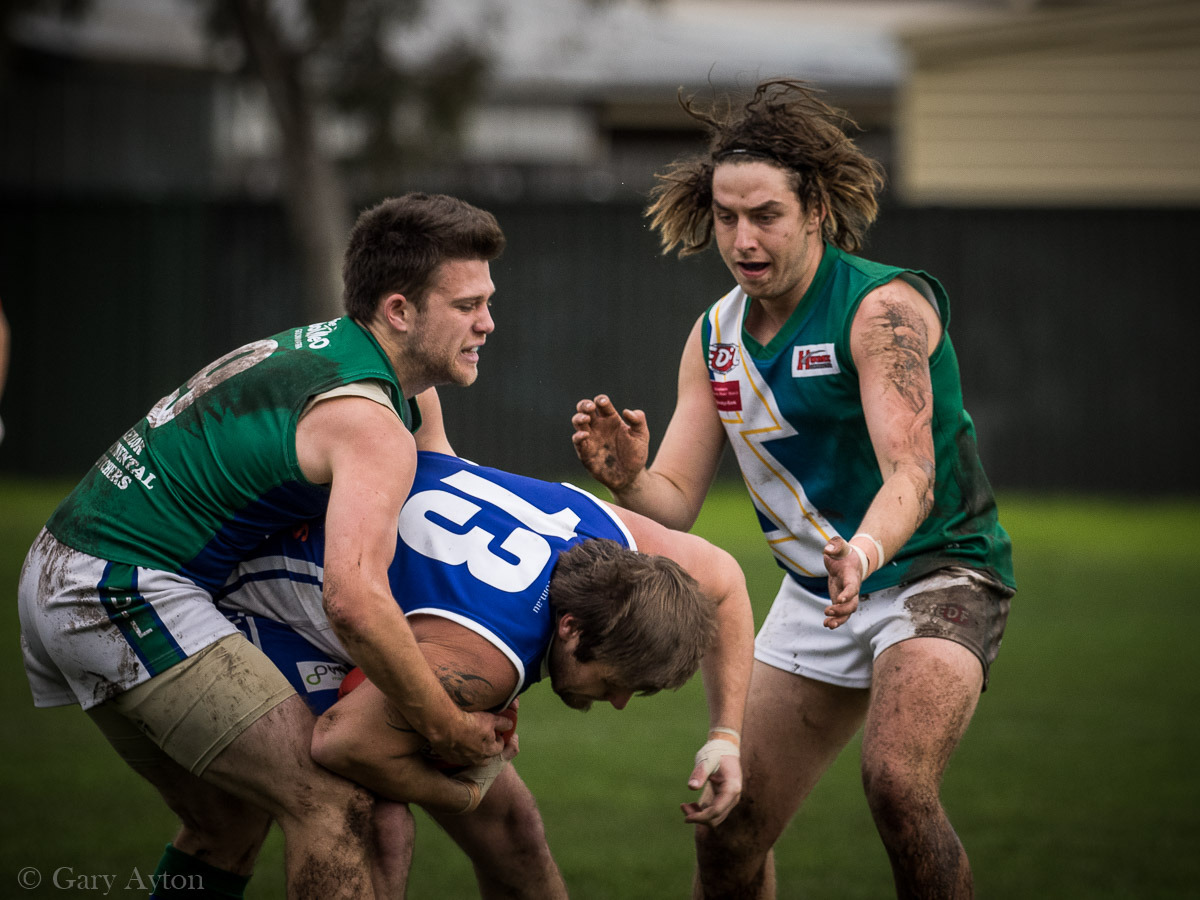 no crop for this one: 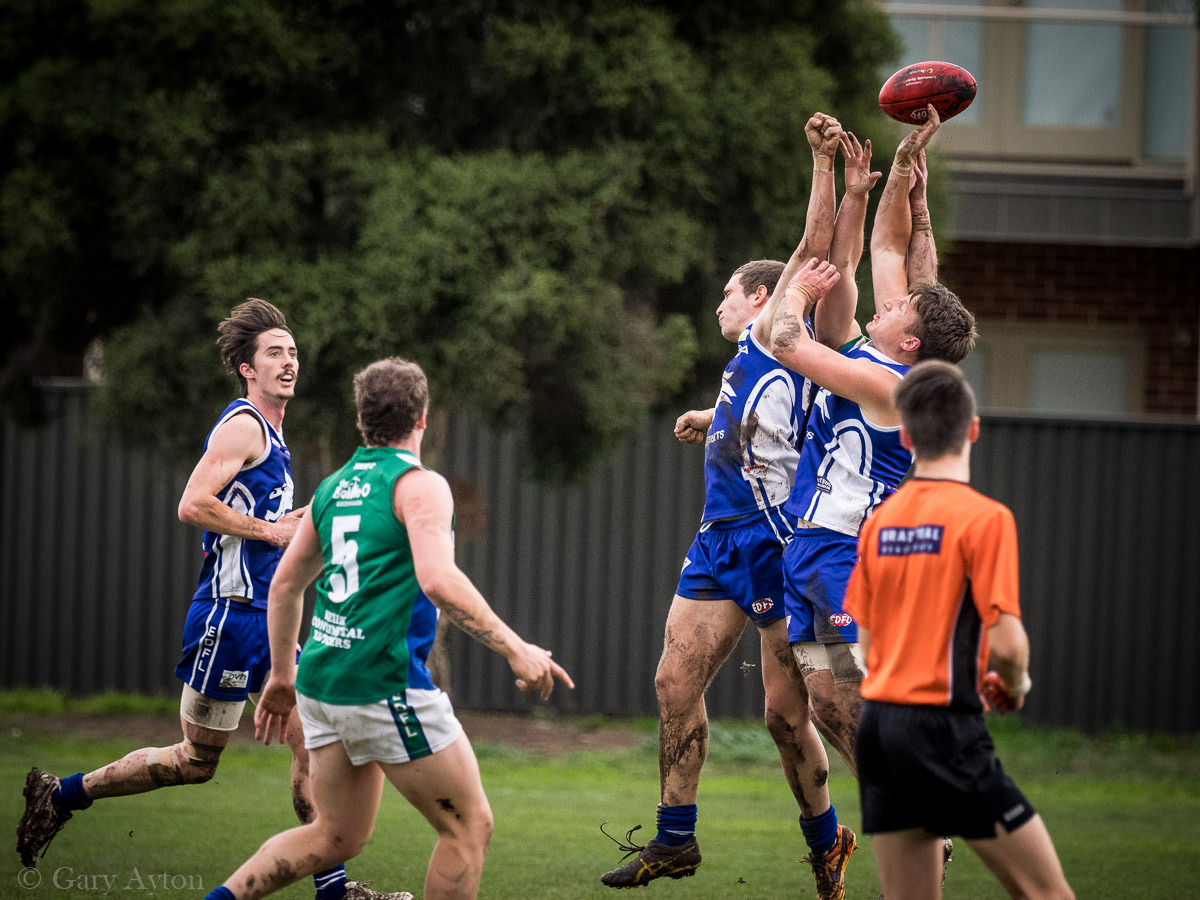 and a short ~50% cropped sequence: 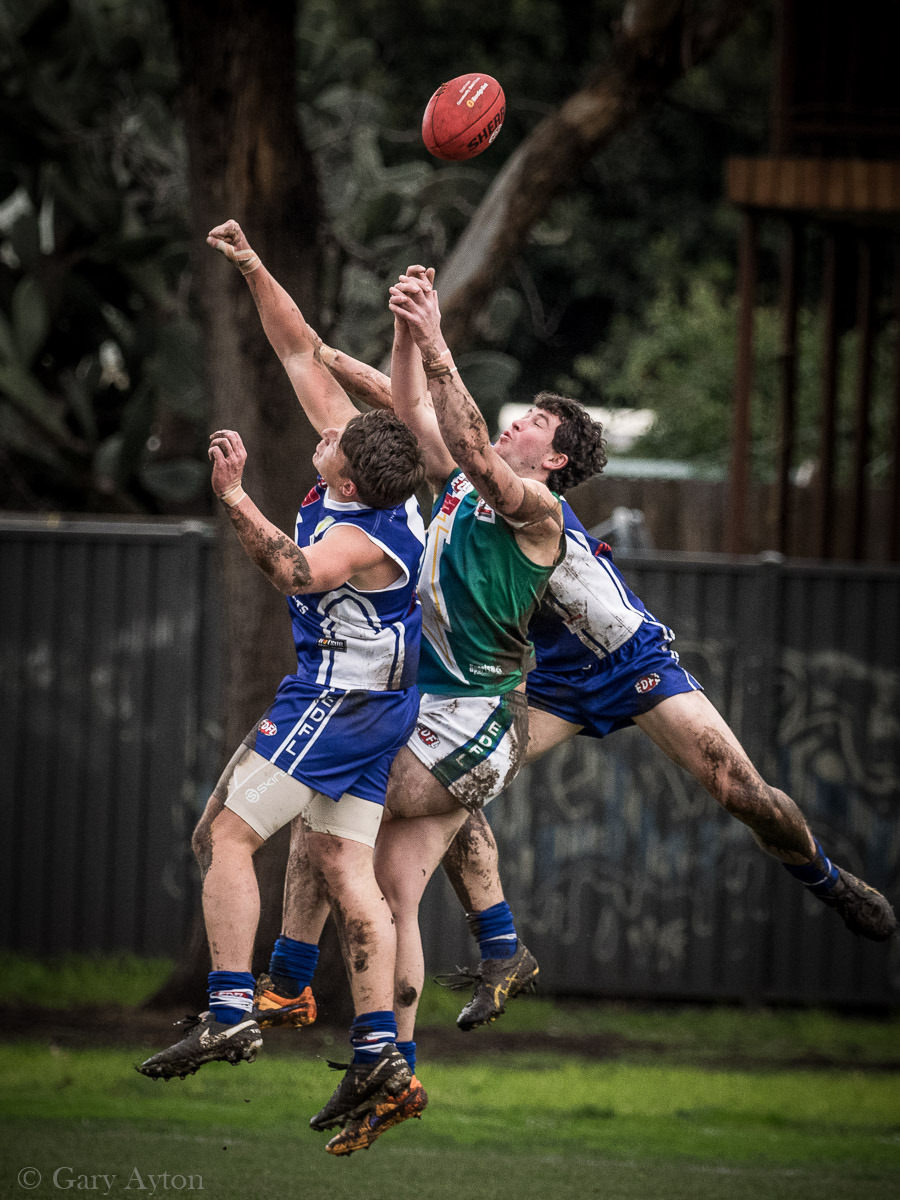 Although I am not a sports shooter, the C-AF Tracking seemed to work at least as well if not better than my Canon 1D Mark III sports dSLR, and I was able to get more telephoto effect and image detail hand held than I could with the Canon.

I was very pleasantly surprised the I could just point and shoot and the camera did the rest reasonably well.

The main issue is at 600mm equivalent field of view, it does take a bit of practice to ensure you get the action in the frame when it is moving quickly over the ground – and it is for this reason, Olympus introduced the Olympus EE-1 Dot Sight as I have discussed in a prior post. I feel that the Dot Sight would largely address this problem and be a very handy addition to this kit.