One week in South Korea – part 1

Last week I had the fantastic opportunity of spending some time in South Korea (the Republic of Korea), most of which was in its bustling capital Seoul but also a weekend in the coastal resort town of Sokcho on the eastern coast and adjacent to the beautiful Seoraksan National Park.

This first post is to give some background of South Korea and introduce its culture.

Geography and how to get there.

South Korea is the mountainous southern part of the Korean Peninsula located between China and Japan and, obviously, south of North Korea, with which it is still technically at war and thus is separated from it by a Demilitarised Zone (DMZ).

Seoul has a population of 25 million (half of Korea’s population) being the world’s 6th leading city and 4th largest economy while over half the population live in high rise apartments and only 3% are non-Korean foreigners and half of these have Korean ethnicity! South Korea had the world’s lowest birth rates in 2009 but it has been increasing since

From my home town, Melbourne, Australia, there are no direct flights to Seoul as thus I needed a short flight to Sydney first before catching a direct 10hr 30m flight via Asiana Airlines.

One should allow around 90 minutes to get from Incheon Airport to Seoul CBD by bus or taxi, and there is also a train service.

Be warned taxi drivers can be lacking in safety awareness with Korea having high road trauma rates, one of our taxi drivers thankfully slowed to 140kph in 80kph zone.

In Seoul, there is a very advanced subway system, just download the app for your smartphone to navigate it, purchase a CityPass card at the vending machine (there are English instructions), load it up with some won – perhaps around 5000-10000 won at a time (~$US5-10 and this pass can be used on buses, or even to buy food in some shops).

Half of all tourists are Chinese.

South Korea has a humid continental climate and a humid subtropical climate and the best time to visit for comfort is Sept-Nov (autumn) but no matter what time of year, an umbrella or rainwear is advisable.

Seoul has an average annual rainfall of 1,370mm, mostly in July and August which receive over 300mm each month.

There are four distinct seasons:

July and August are the hottest, most humid and wettest months, and we arrived in a mini heat wave with daytime temperatures of around 34degC with high humidity and night temperatures dropping to around 27degC. Later in the week the temperature cooled to 27degC max and 18degC minimums and the last two days on the east coast were dominated by heavy rains.

Koryo was one of the leading East Asian powers from around 1st century BC and ruled northern China, Inner Mongolia and parts of Russia for over a millenium of relative tranquillity.

Buddhism was introduced to Korea in the year 372.

In 1446, Sejong the Great, created a unique alphabet Hangul, which enabled anyone to easily learn to read and write.

These dynasties resulted in establishment of 12 World Heritage Sites.

In the 19th century, the Joseon Dynasty tried to protect itself against Western imperialism, but was eventually forced to open trade.

After Japan defeated Russia in the Russo-Japanese War (1904-05), Korea initially became a Japanese protectorate and then was annexed by imperial Japan in 1910.

Towards the end of World War II, Russia liberated Korea north of the 38th parallel, while USA liberated the areas to the south. After Japan surrendered to Western and Russian powers at the end of World War II in 1945, Korea was then divided into North and South Korea, and this, along with Cold War issues resulted in North Korea invading South Korea with China and Russia coming to aid the North, and USA-led UN forces backing the south in the Korean War (1950-1953) which saw Seoul change hands four times, until a truce was formed by signing an armistice, but the two states are technically still at war, and the threat from North Korea, always present and seemingly increasing.

It has the world’s eighth highest median household income, the highest in Asia, and its singles in particular earn more than all G7 nations, and half have no religious affiliation, most of the remainder are either Buddhist or Christian.

The world’s most innovative country in 2015 and has the world’s fastest Internet speed and highest smartphone ownership.

South Korea is the most industrialized member country of the OECD.

South Korea has a universal healthcare system and amongst the most technologically advanced healthcare in the world and has over triple the number of hospital beds per capita compared to USA, UK, Sweden, and Canada!

Few Koreans speak English as it only became compulsory in schools this century and although young adults may be able to read some English, their verbal skills are quite limited. This is compounded by the very few English speaking tourists who arrive and the monoculture of 97% Koreans who live there. Despite this, the Korean language is quite phonetic and signs are often  in English.

Korean food is still largely devoid of Western influences (although there are some Western take away food places such as MacDonalds, Dominos Pizza and many coffee cafes), you will probably not find fish and chip shops, dim sims, potato cakes, french fries, chocolate bars, ice cream and in addition, wine is rare but beer, soju and whisky/rum are plentiful – in fact, the Koreans are generally heavy drinkers after their long hours at work.

Seoul feels to me to be the safest of cities I have been to – I felt ashamed that I may cause offense in securing my valuables in the hotel room but I still did so. There is no evidence of pick pockets in the areas I visited and free WiFi is everywhere and given the apparent trustworthiness of the Koreans and lack of Western tourists, I felt I could get away with not using a VPN.

The widespread free WiFi – in hotels, on train platforms, bus stations, airports, etc, meant that one does not really need to have a Korean sim card or use international roaming – just switch phone to airplane mode and turn WiFi on and communicate using a messaging app such as WhatsApp.

Koreans respectfully bow to each other to thank or give leave and there is a strict aged-based hierarchical respect system stemming from Confucian and Buddhist teachings and Koreans are taught from a young age that they need to know who is their senior and who is their junior and that they must obey and respect their seniors, who in return, provides support and pay for meals, etc.

Young men in the city generally wear a shirt, tie, trousers with black belt and stylish shoes reminiscent of the well dressed Italian.

Young women generally wear smart summer dresses, shorts or short skirts whilst the upper part of the body for both sexes remains covered – no cleavages or open shirts (even for men as the upper torso is regarded as a sexual zone – legs are not).

The Koreans appear to have a body image issue as plastic surgery rates are amongst the highest in the world with some 25% of young adults having had surgery – and the surgical skills appear to be very high tech and transformative – see here for some mind blowing examples!

As most Korean young people live with their parents in high rise apartments, many go to resort towns for the weekends for romantic getaways in “Love Hotels” such as in Sokcho.

Koreans appear to like booking small rooms for karaoke fun for 2-4 people. K-pop is an extremely popular Asian music and culture phenomenon.

Communal thermal spas are generally true Oriental style with clothing and underwear banned, and a requirement for a good, long, whole of body soapy scrub and shower before entering the bathing area au naturale (although women and men have separate areas). 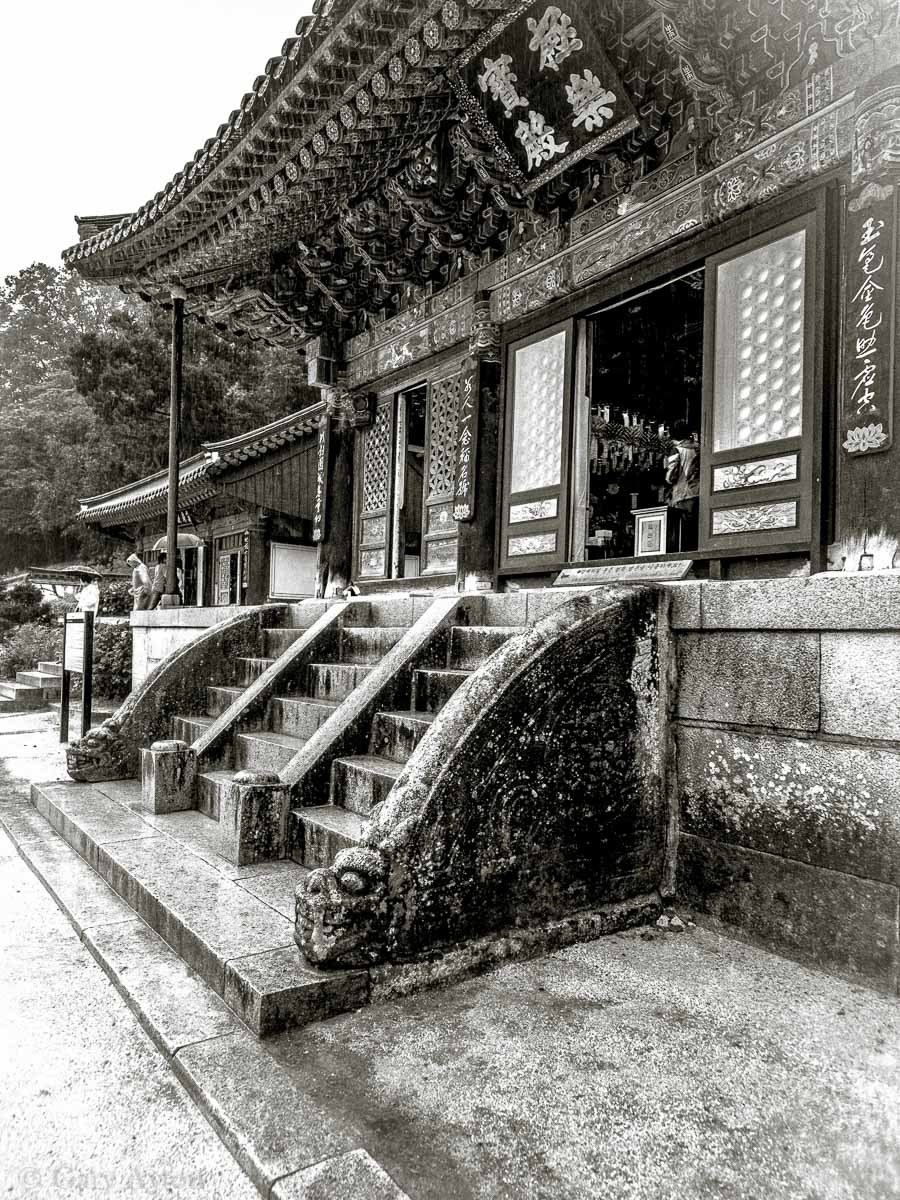 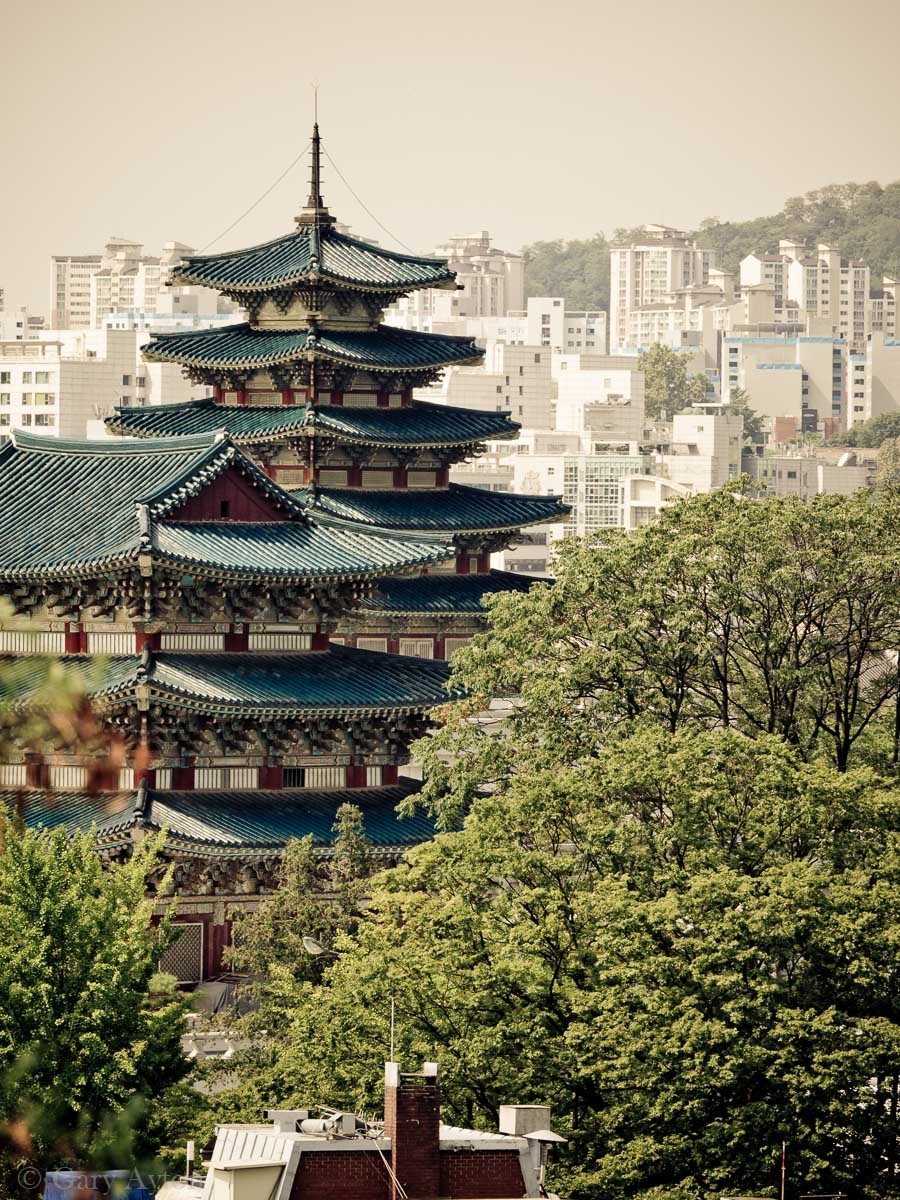