Tonight was the much trumped Great Gig In The Sky of the so called Super Moon – a full moon at closest perigee (closest distance to earth) for 7 decades making it 14% larger than when it is at its smallest.

No one would really notice this but it made a good excuse to do some calculations and flex the brains to work out where to shoot it from and which lens to use.

Well, for me, the new amazing and superbly sharp Olympus mZD 300mm f/4 OIS lens was the one to play with and really makes Micro Four Thirds system and the Olympus OM-D E-M1 shine – this would make a moon which normally has an angular diameter of approximately 0.5 deg, nice and large in its 600mm equivalent field of view in full frame terms which gives a 4.1° diagonal field of view (2.3° x 3.4°).

The problem is that to get a city skyline and the moon in the shot, you need to be a long way from the city – perhaps 30km depending upon how much of the skyline you want in, and the moon must be rising – remember the lens only has 4 degrees field of view so if you want the moon and skyline in the same image, you need to capture the moon within 15 minutes of it rising (the moon travels 15 degrees every hour).

Here is my test shot hand held with the 300mm lens in daylight uncropped but with tonal adjustments in LR to show how big the moon will be with this lens and how sharp it is even handheld with its superb image stabilisation: 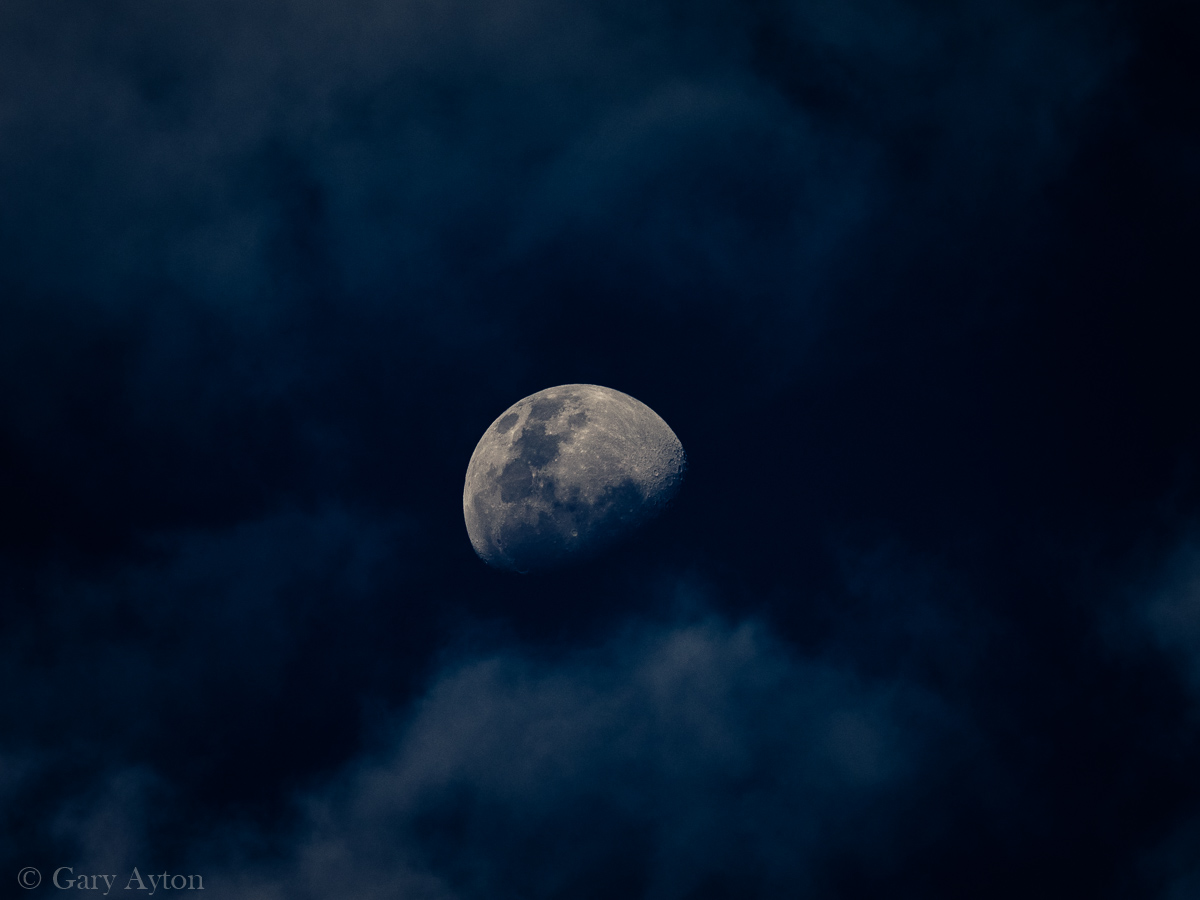 I wanted to shoot the Melbourne skyline and have the moon rising behind it and for this I calculated that the small mountains to the south west of Melbourne – the You Yangs at 50km line of sight from Melbourne would be a reasonable choice – although a little too far but there were no closer accessible elevated sites available.

Heaven sent the promised land, looks all right from where I stand ….

I had tested it last week at sunset, and just to give you an idea how far away the city skyline was, I took a shot with a 50mm equivalent field of view lens (the traditional “standard” field of view) but I had to use a LR brush to highlight the buildings as they were so tiny in the distance: 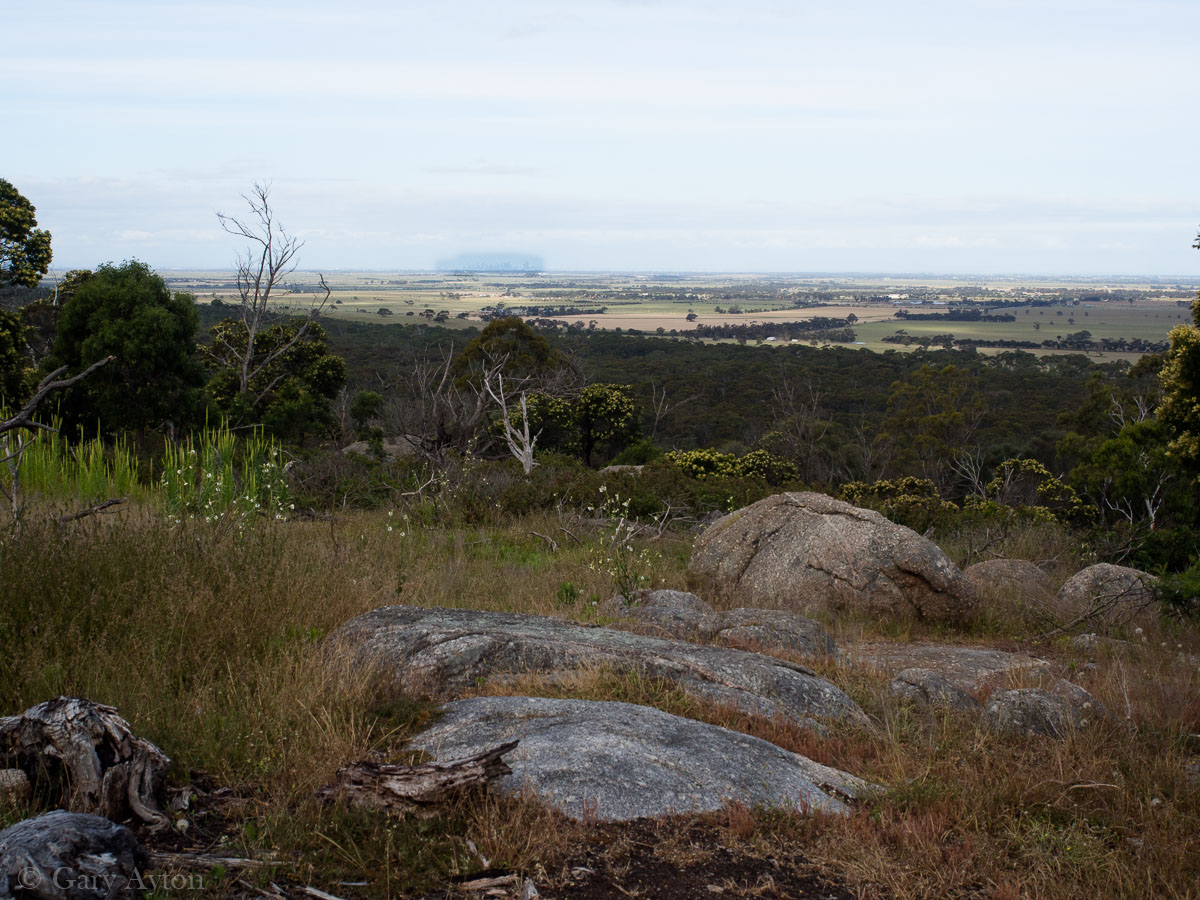 Here is the Olympus mZD 300mm f/4 lens hand held at f/5.6 – an uncropped version using LR to increase contrast and clarity of the buildings: 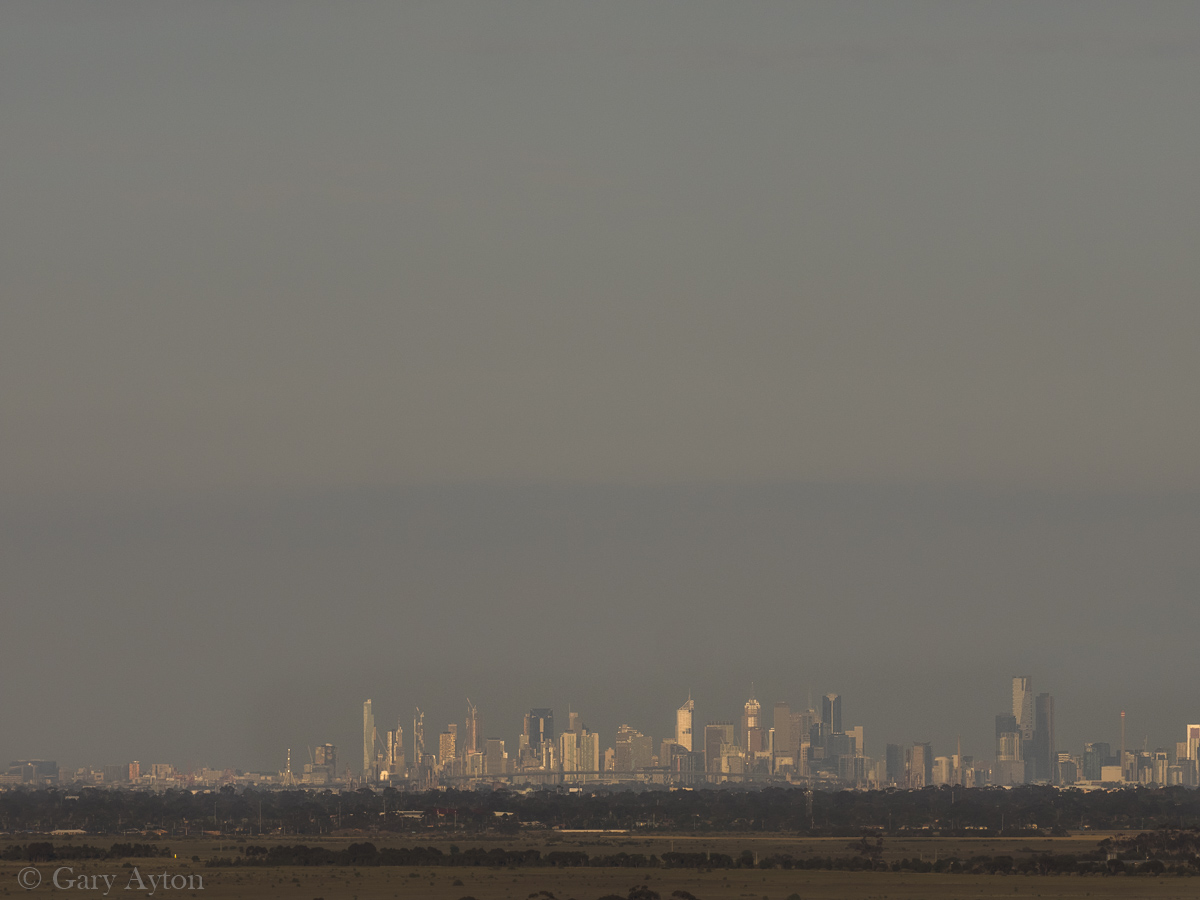 And here is the cropped version which really blew me away with the details it resolved including the AMP sign is clearly visible through the 50km of haze – just amazing – click on the image to get a larger view: 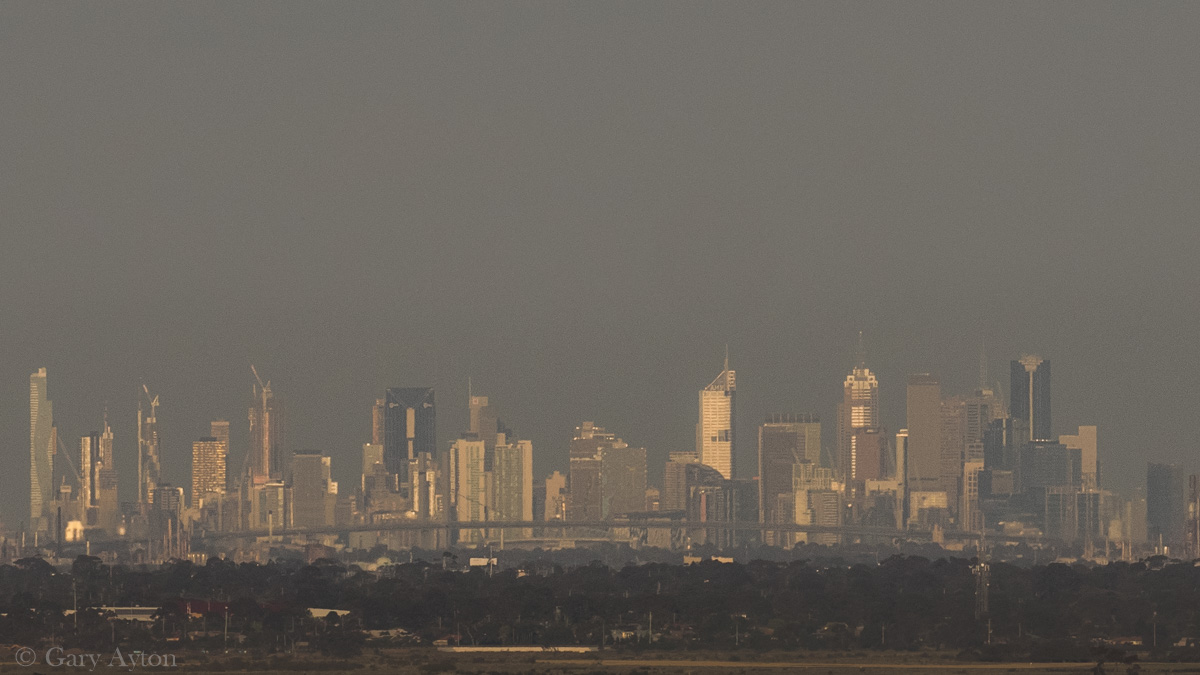 The weather forecast was not looking great with remnants of a passing low pressure system still generating much low cloud, but at 5pm, there were large areas of clear sky which would move over Melbourne bringing hope.

So there I sat like a lunatic on the grass (further apologies to Pink Floyd – but I think many of us photography addicts are a little brain damaged – especially when the heavy clouds came over making our heads explode with dark forebodings, and we would not even get to see the dark side of the moon let alone the super moon), and Wishing You Were Here…

I was thinking I like to be here when I can …. but Time was ticking away the moments that make up a dull day … fritter and waste the hours in an offhand way … kicking around on a piece of ground in your home town, waiting for someone or something to show you the way,

and, although No-one told me when to Run, I decided to give up, packed up my camera and tripod, drove down the mountain and out the gates of no return … one sure way to make the clouds part and show the moon – and sure enough it did – so I stopped my car on the side of the road and took a hand held shot just to show I was there. 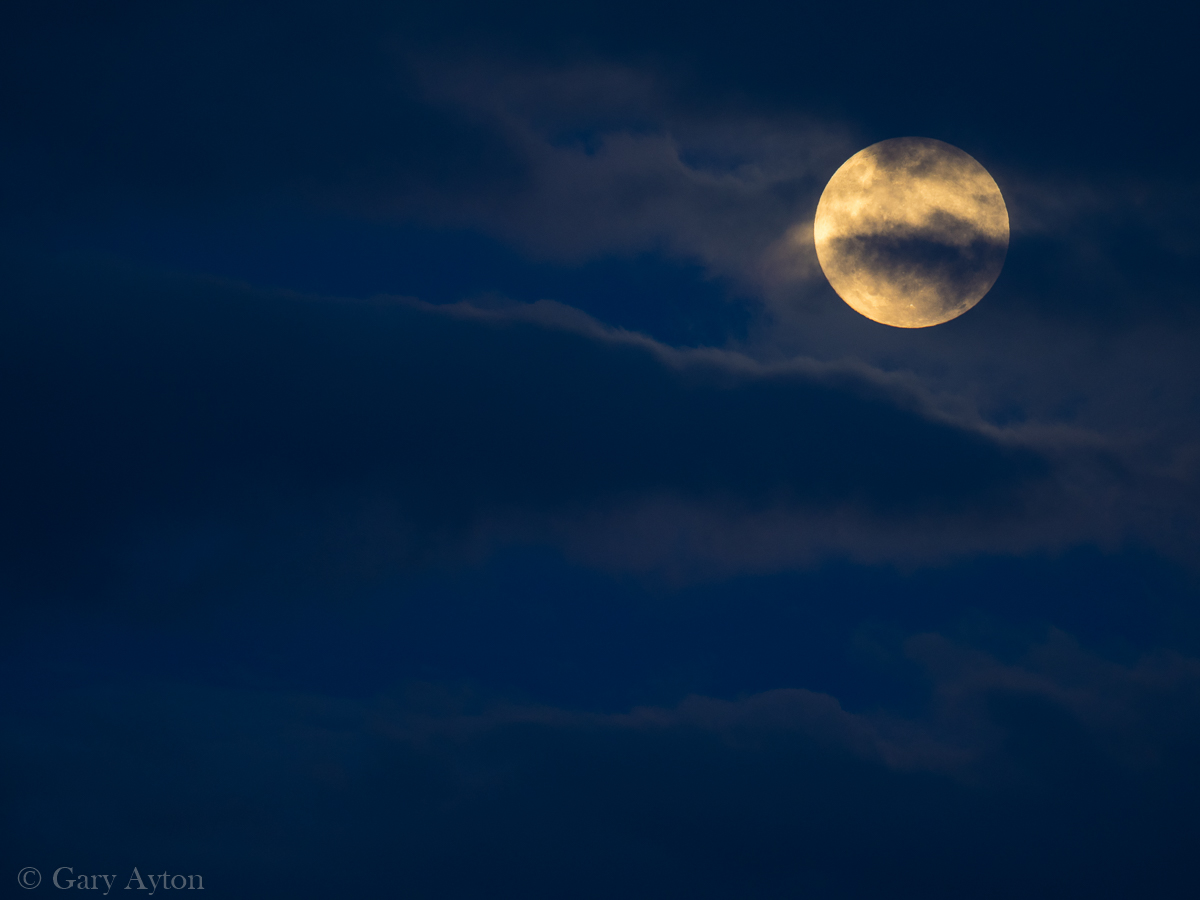 And when I come home cold and tired … It’s good to warm my bones beside the fire….

and my mind again plays tricks on me …. the cash registers start ringing …. Money …. if you ask for a rise, it’s no surprise that they’re giving none away…

Apologies again to Pink Floyd for the dozen references to their fantastic archive of works which I will treasure until I die.