Berlin’s Pergamon Museum and the amazing Babylonian Ishtar Gate from 575 BC!

The Pergamon Museum in Berlin is next to the Neues Museum (which houses Nefertiti’s portrait) and the Alte Nationalgalerie – all are a must see while you are in Berlin – the Pergamon tends to have the biggest queues so perhaps get in there early.

The city of Babylon and its impregnable blue walls and gates must have looked amazing and to think it was 2500 years ago – the gate was covered in lapis lazuli, a deep-blue semi-precious stone that was revered in antiquity due to its vibrancy – an amazing beacon in all of the Middle East – here is the Persian Ishtar Gate constructed in about 575 BCE by order of King Nebuchadnezzar II dedicated to the Babylonian goddess Ishtar, but only the smaller 15m high gate is re-constructed here in the museum (the larger gate is in storage) – they were originally obtained by the German excavation of Babylon in 1899-1917: 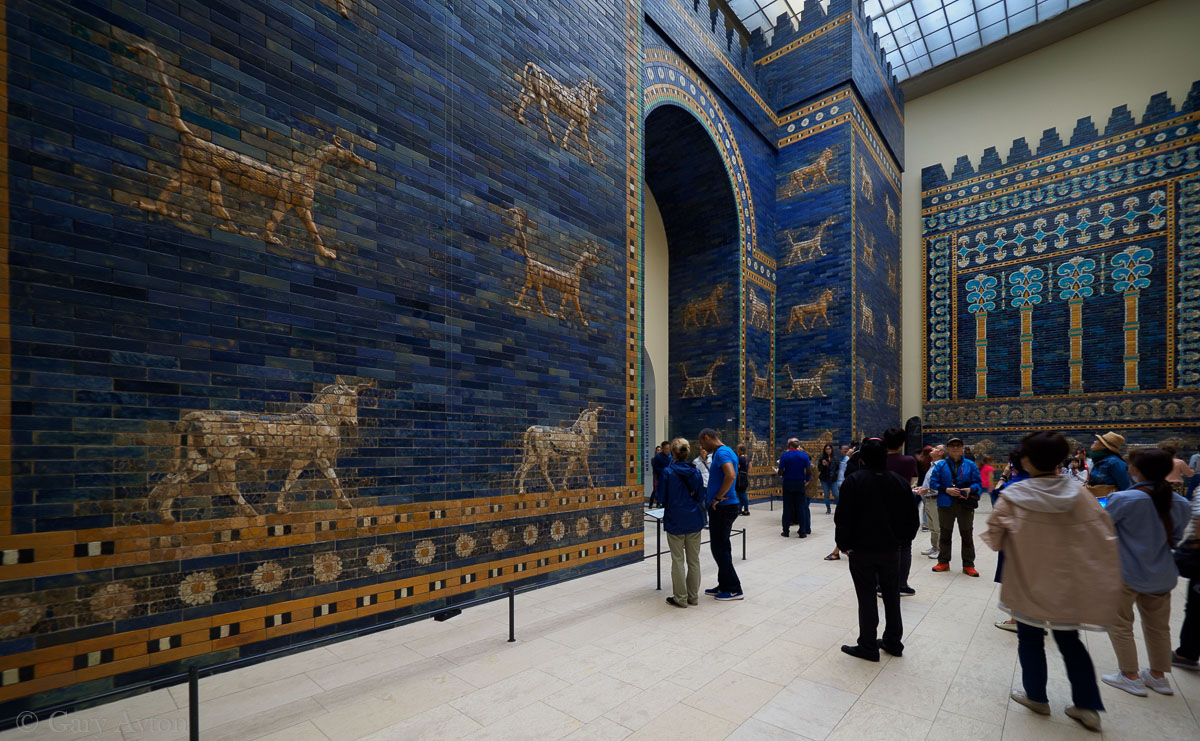 Detail of the colored glazed bricks which here are composites of the original brick fragments, these extensive Walls of Babylon were considered one of the original Seven Wonders of the World (until replaced by the 3rdC BC Lighthouse of Alexandria). The original wall was cemented together using asphalt from the Dead Sea then known as Lake Asphaltum for the amount of asphalt that ended up on its shores: 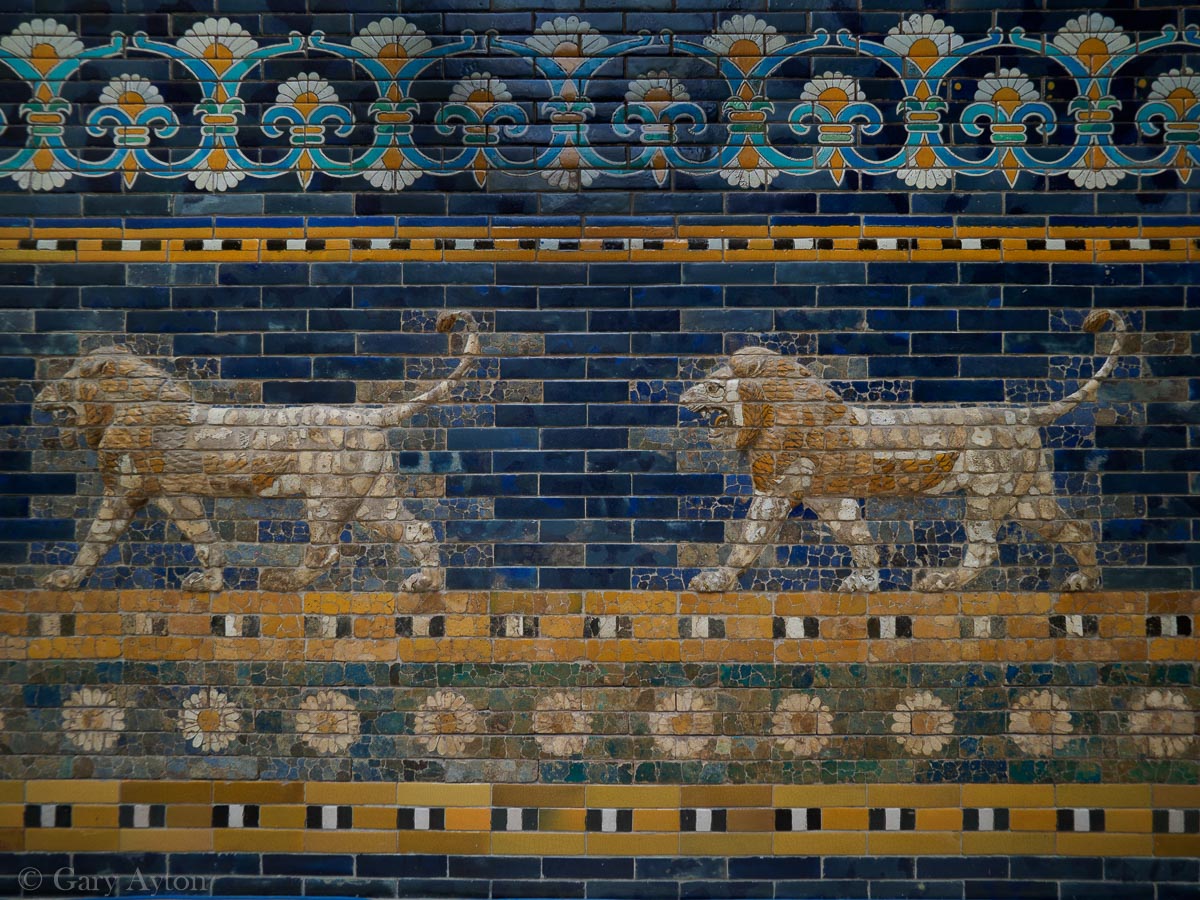 Marble Roman market gate c100AD which were uncovered in the German excavations of Miletus in 1903-1905, 60% of which is original an originally re-constructed in 1929 but had to be substantially repaired in 1952-52 after bombings in WWII severely damaged it: 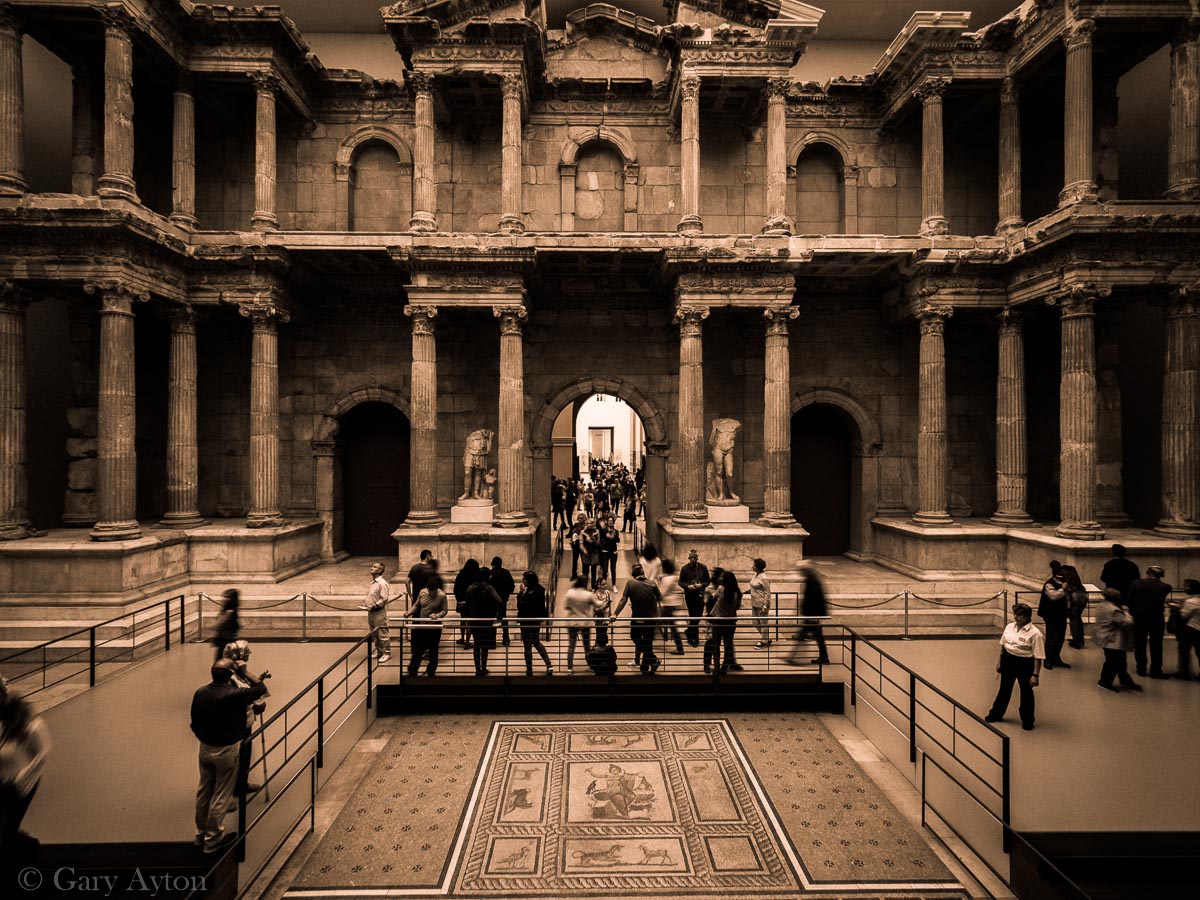 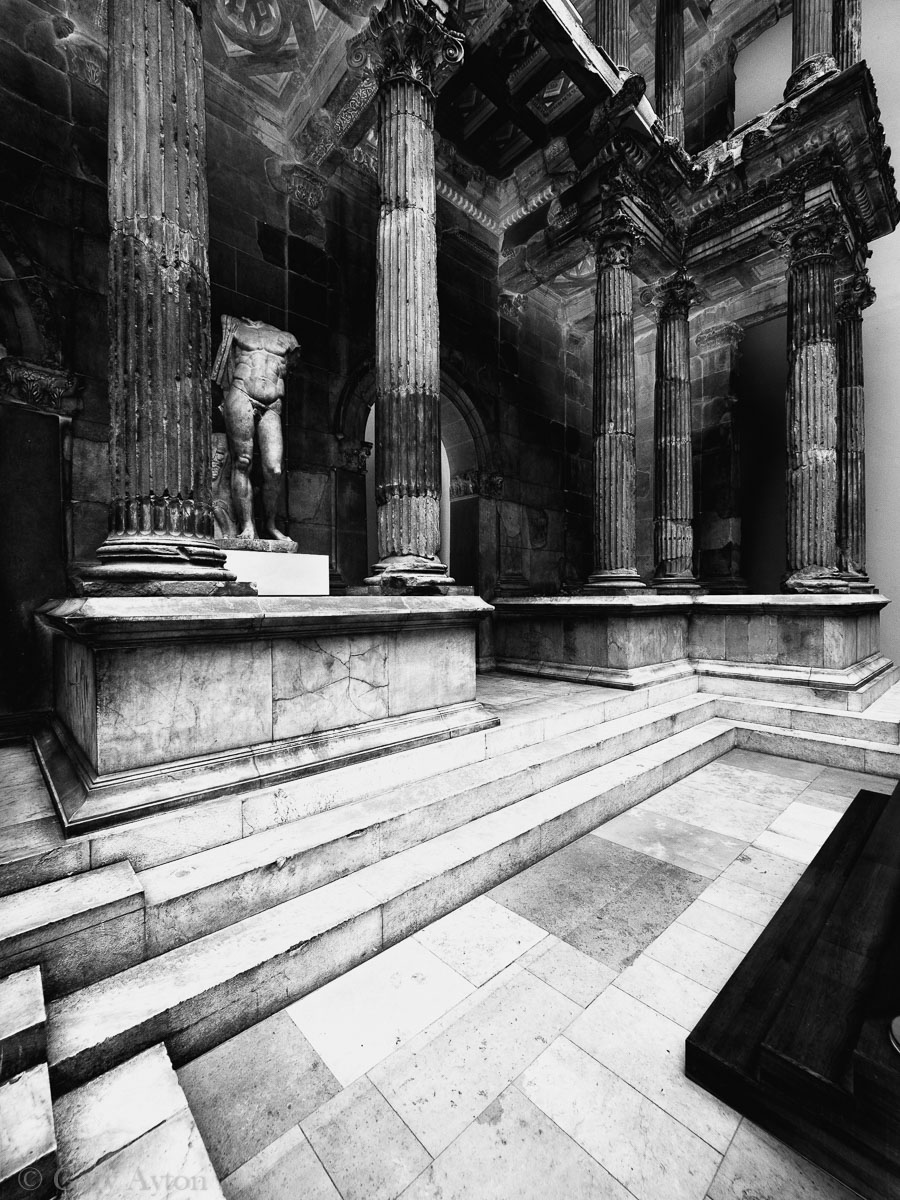 Basalt reliefs c 8th century BC: Ashur, the eagle headed winged deity – the head Assyrian god which dates from around 5000 yrs ago in the mid 3rd millenium BC: 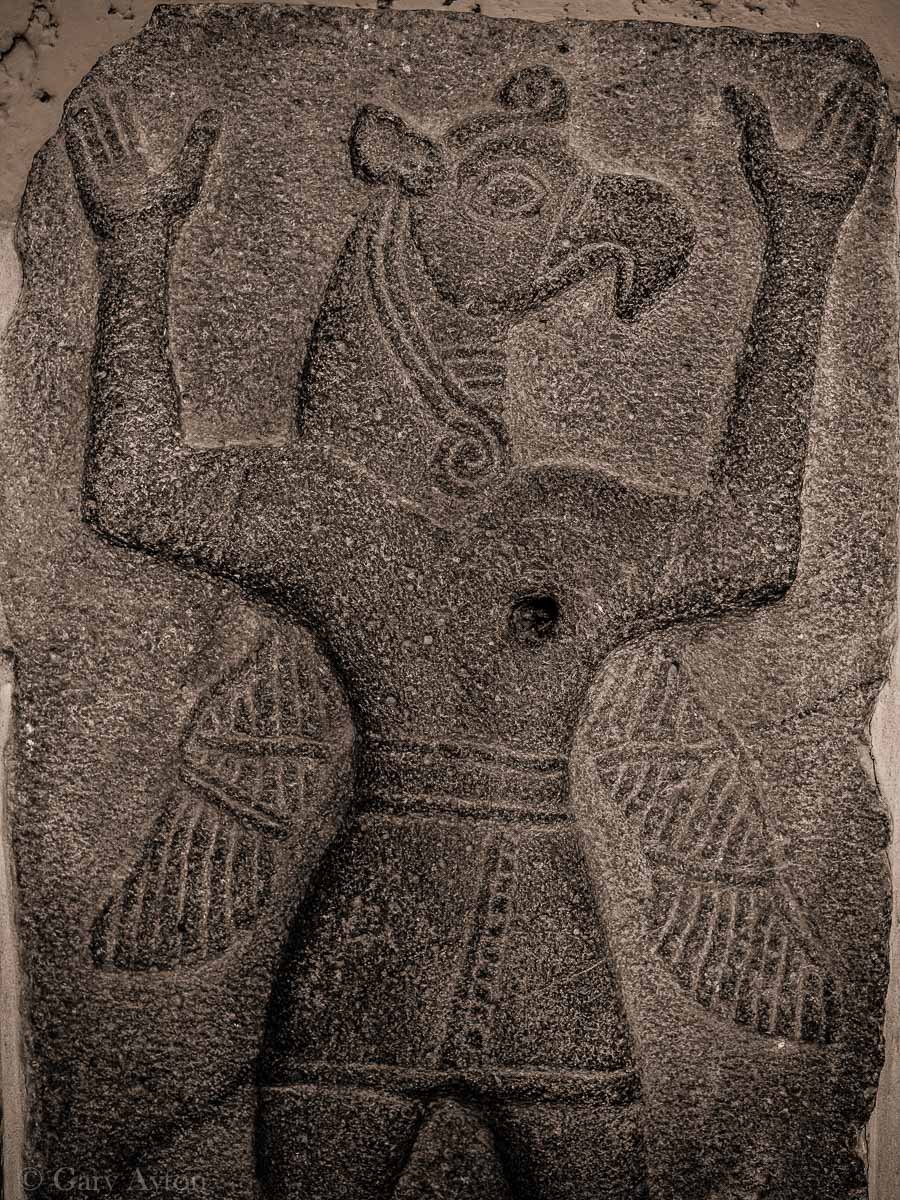 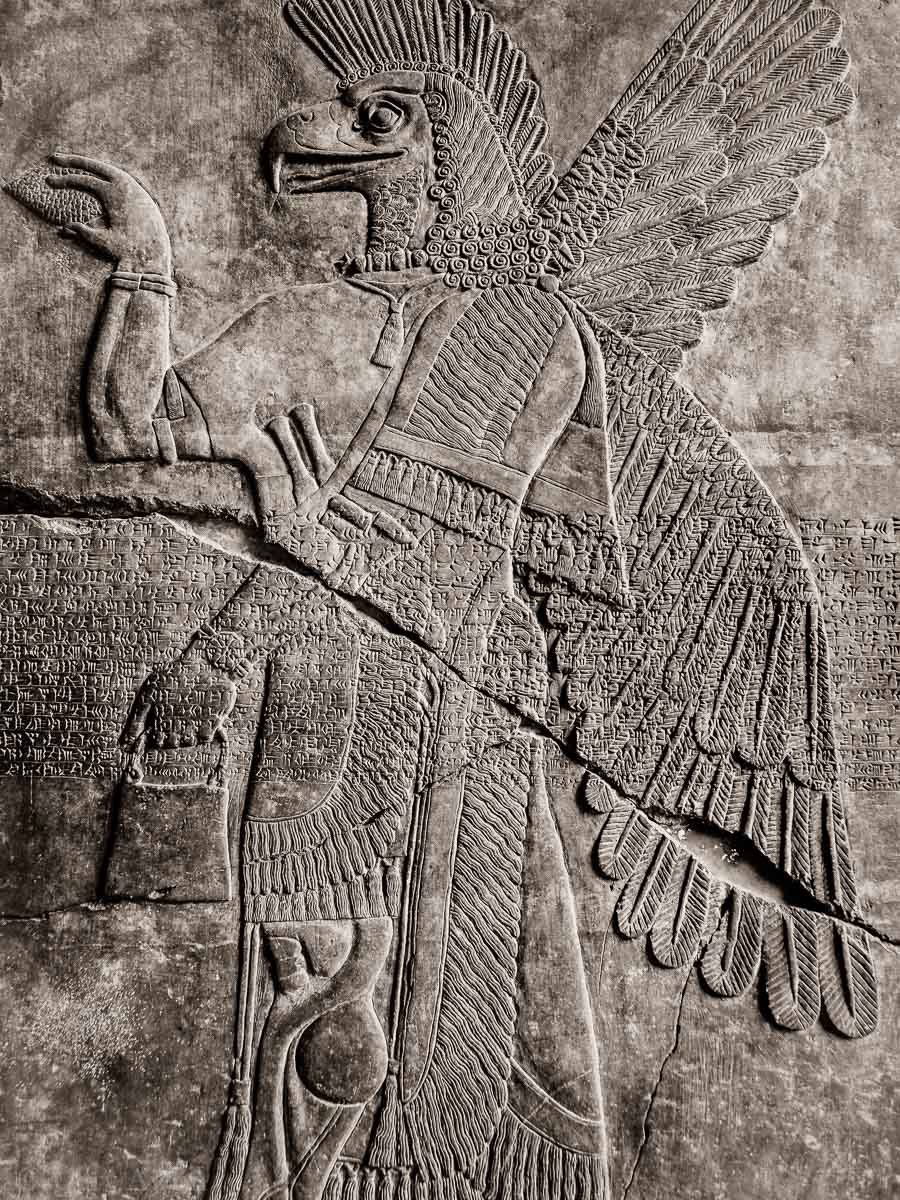 The recurring motif of Assyrian sculpture – the Winged Genie c 870BC, which were closely associated with the god Enki. The idea of the Winged Genie formed the basis for similar creatures of archaic Greek mythology such as the Chimera, Griffin or Pegasus during the orientalisation phase of the Early Iron Age in 9th C BC in Crete, and made it into the Seraphim of the book of Isaiah in the Bible which had 6 wings, and in Revelation 4:7, the winged man becomes the symbol of Matthew the Evangelist. 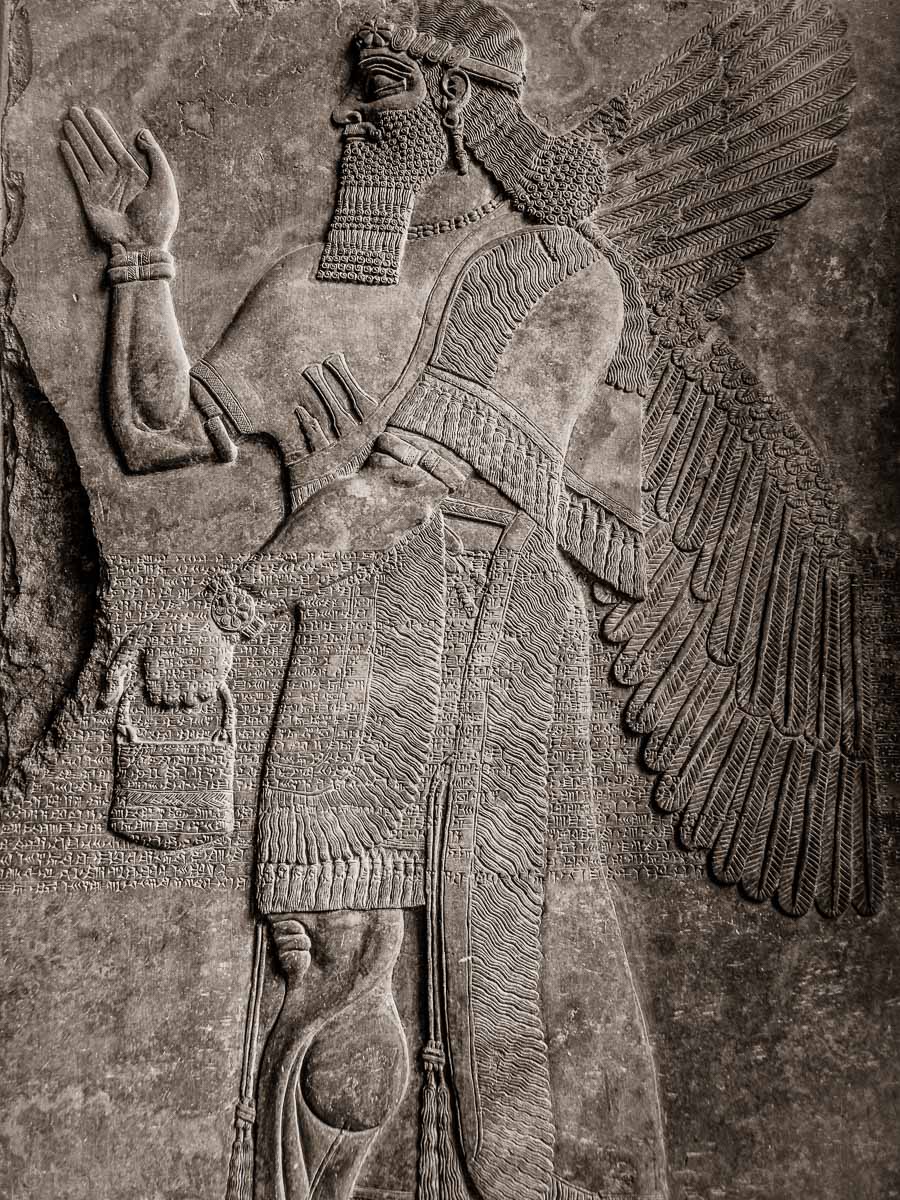 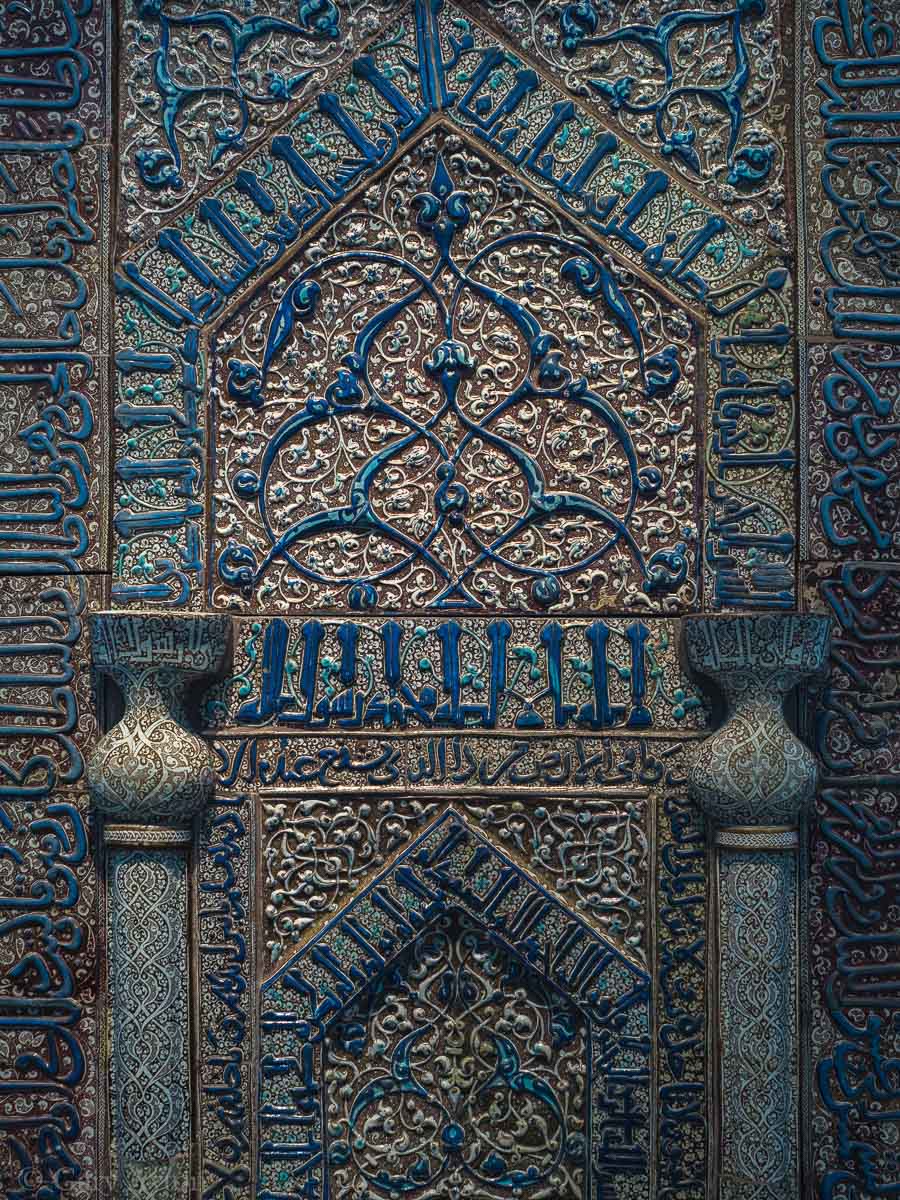 It was worth the rather long wait in the queue to get in!