It seems the Bode Museum is one of the less frequented stops for tourists in Berlin – perhaps because it is hidden down the back part of Museum Island, perhaps because most tourists have had enough of museums by the time they have seen the Pergamon, Neues Museum and Alte Nationalgalerie, or perhaps they have just had enough of religious and mythological artworks which dominated their experiences in Florence.

And yet, I was pleasantly surprised by the museum and it’s grand entrance hall boded well for a nice quiet experience (pardon the pun): 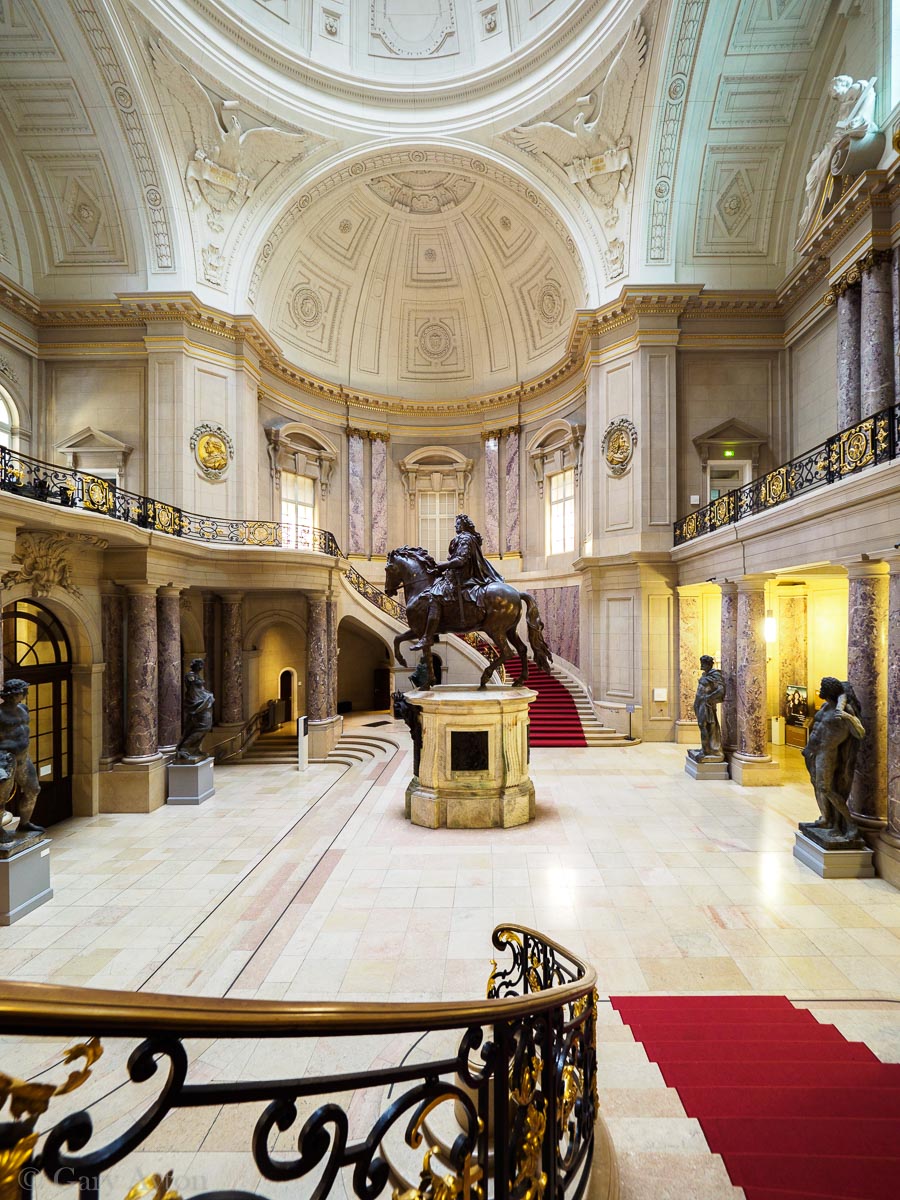 and yes, I think that was Frederick the Great on his horse again!

The rear staircase with various statues including a central figure of Frederick The Great: 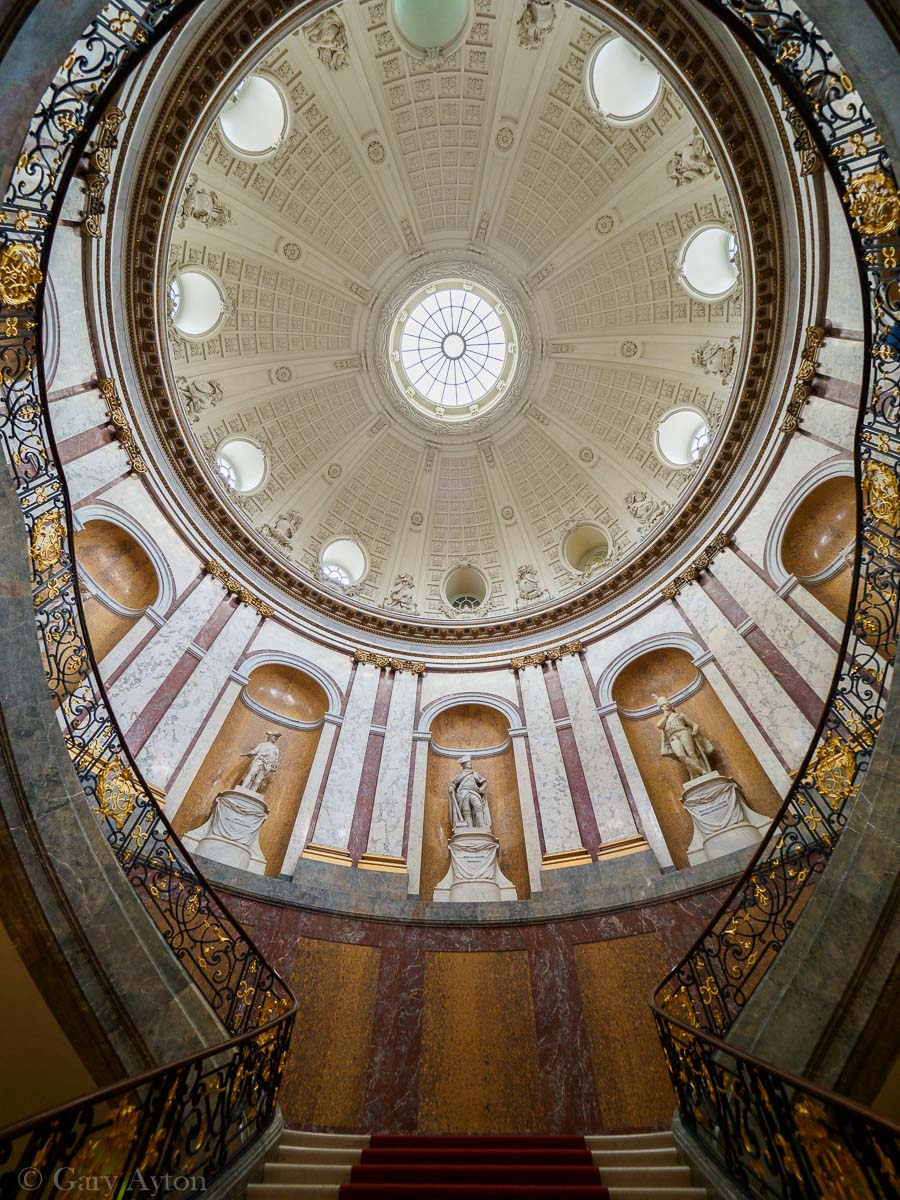 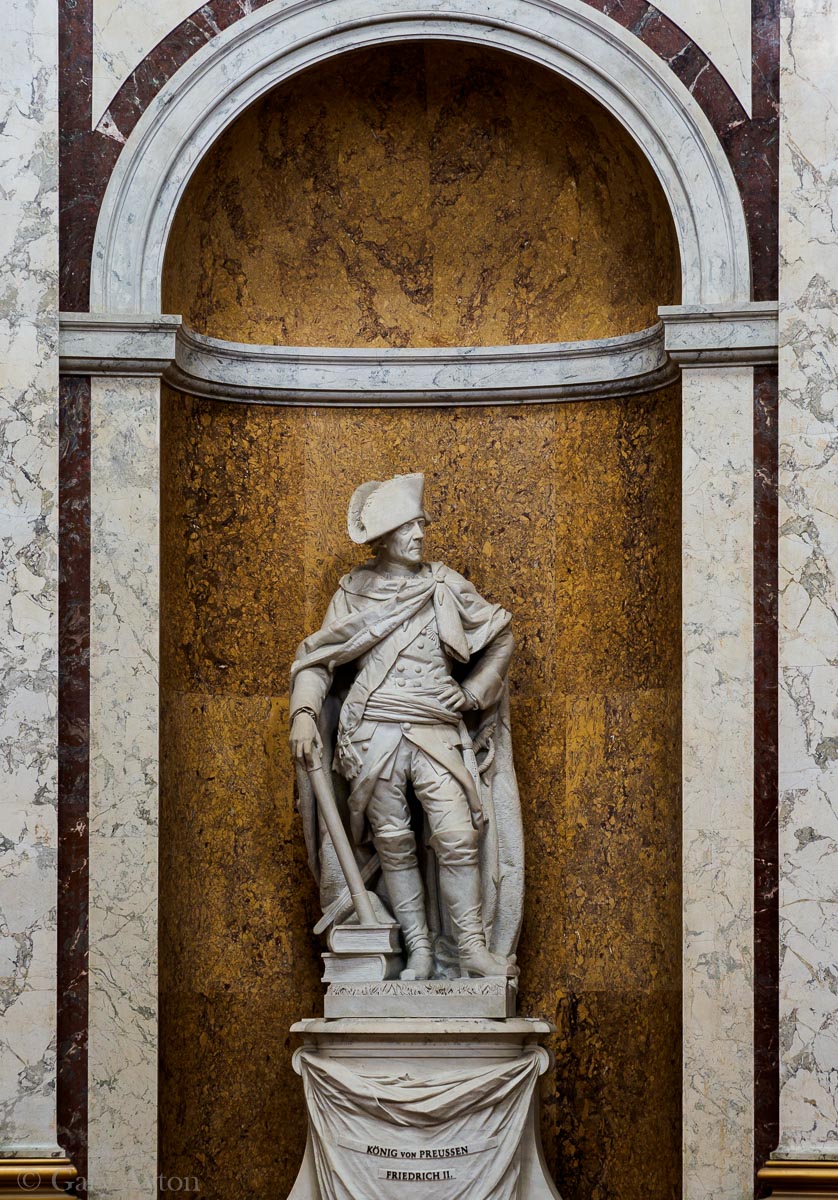 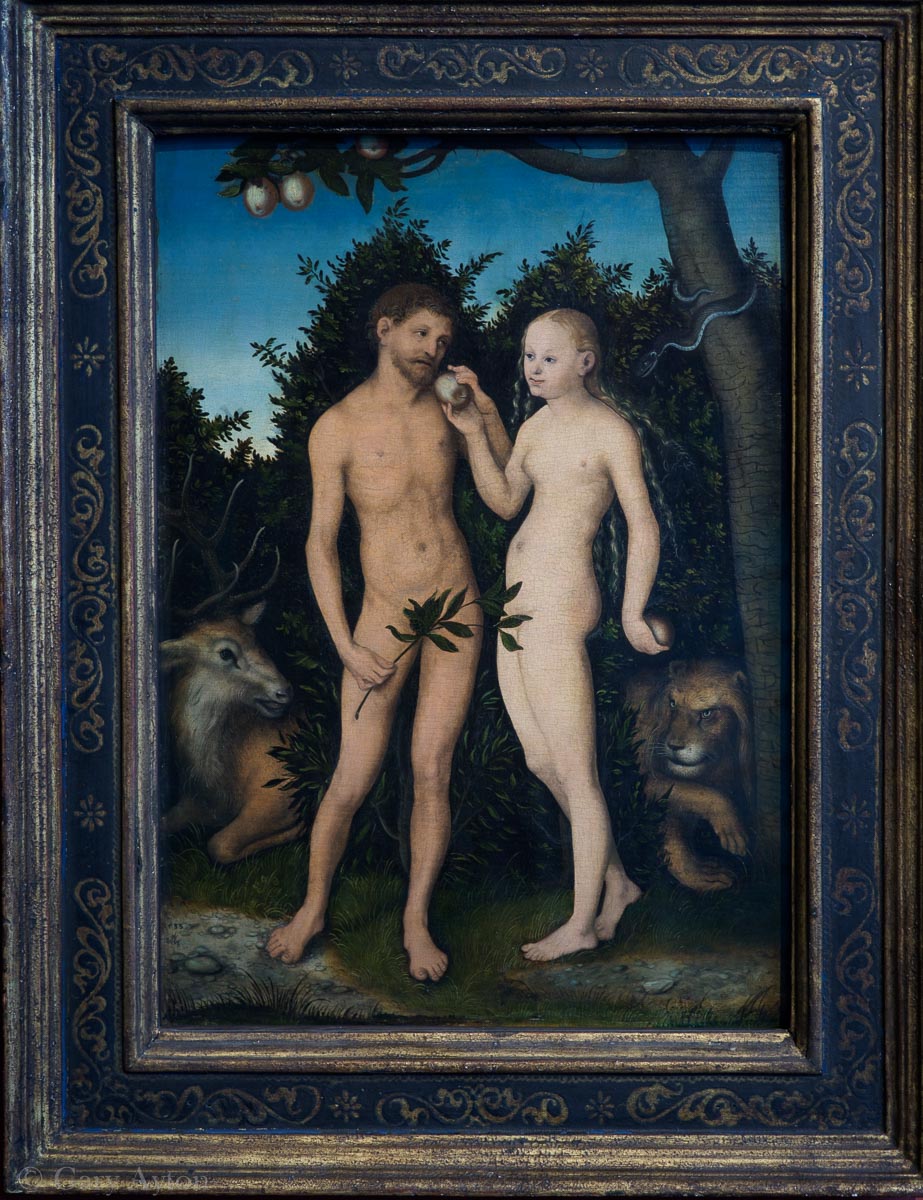 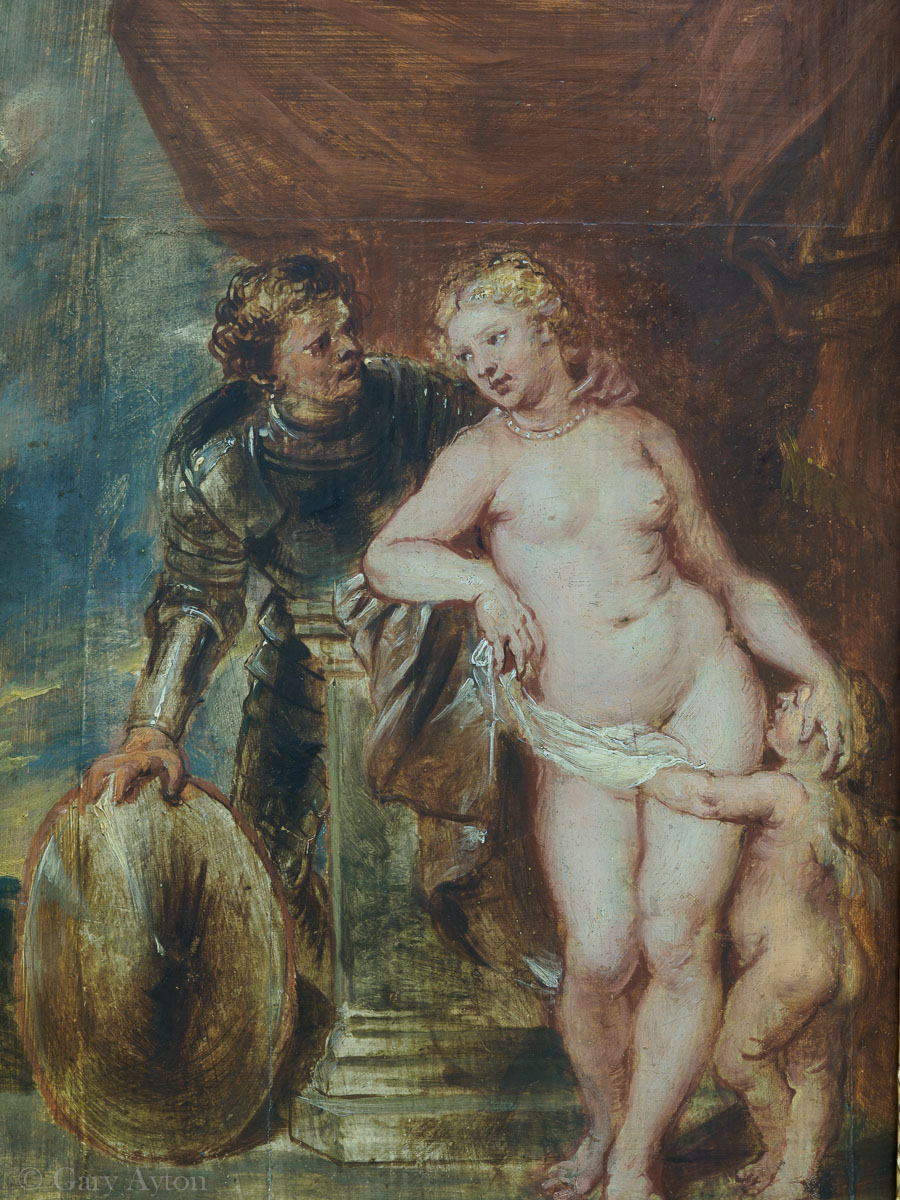 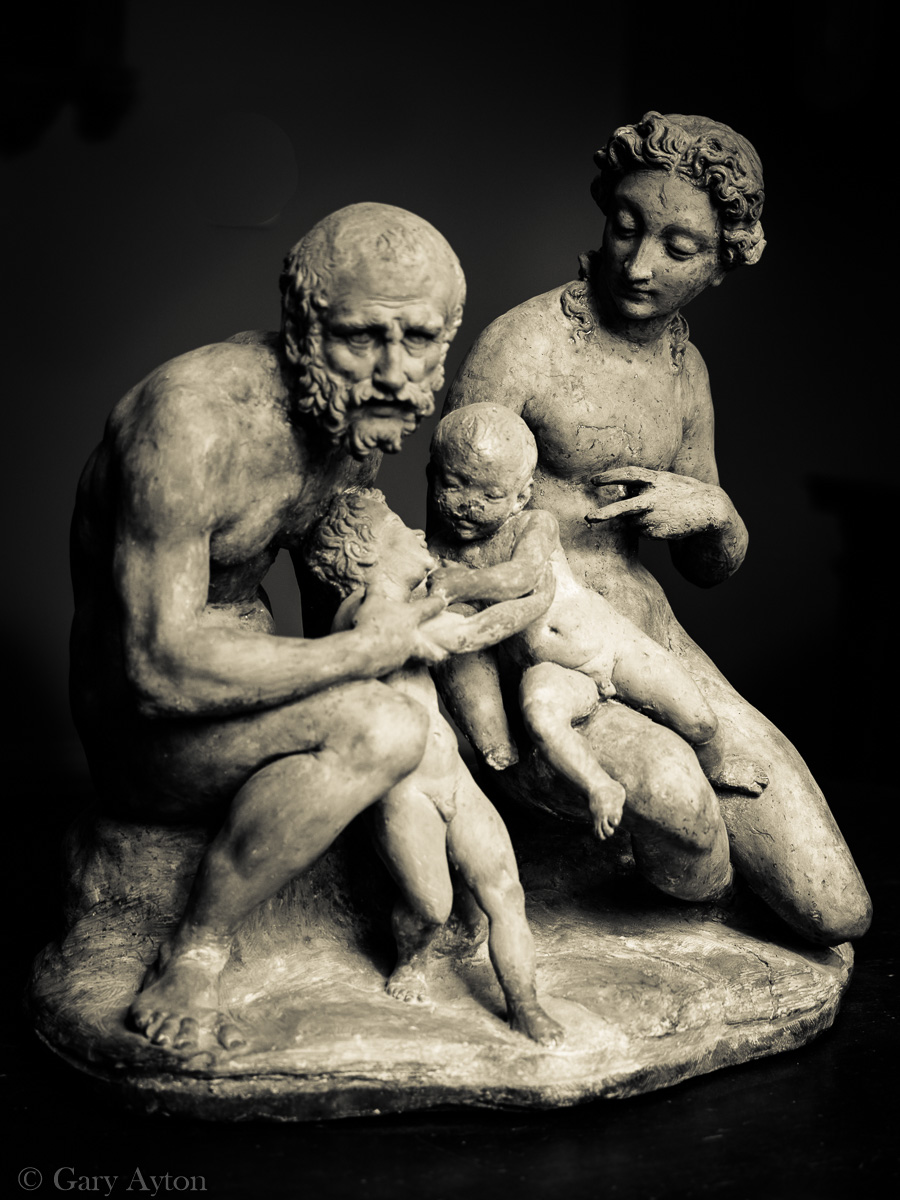 The Three Graces in alabaster by Leonhard Kern 1650. In Greek mythology, the Three Graces or Three Charites were usually regarded as being the minor goddesses Aglaea (“Splendor”), Euphrosyne (“Mirth”), and Thalia (“Good Cheer”) although there were other Graces too – we could all do with more mirth and good cheer! 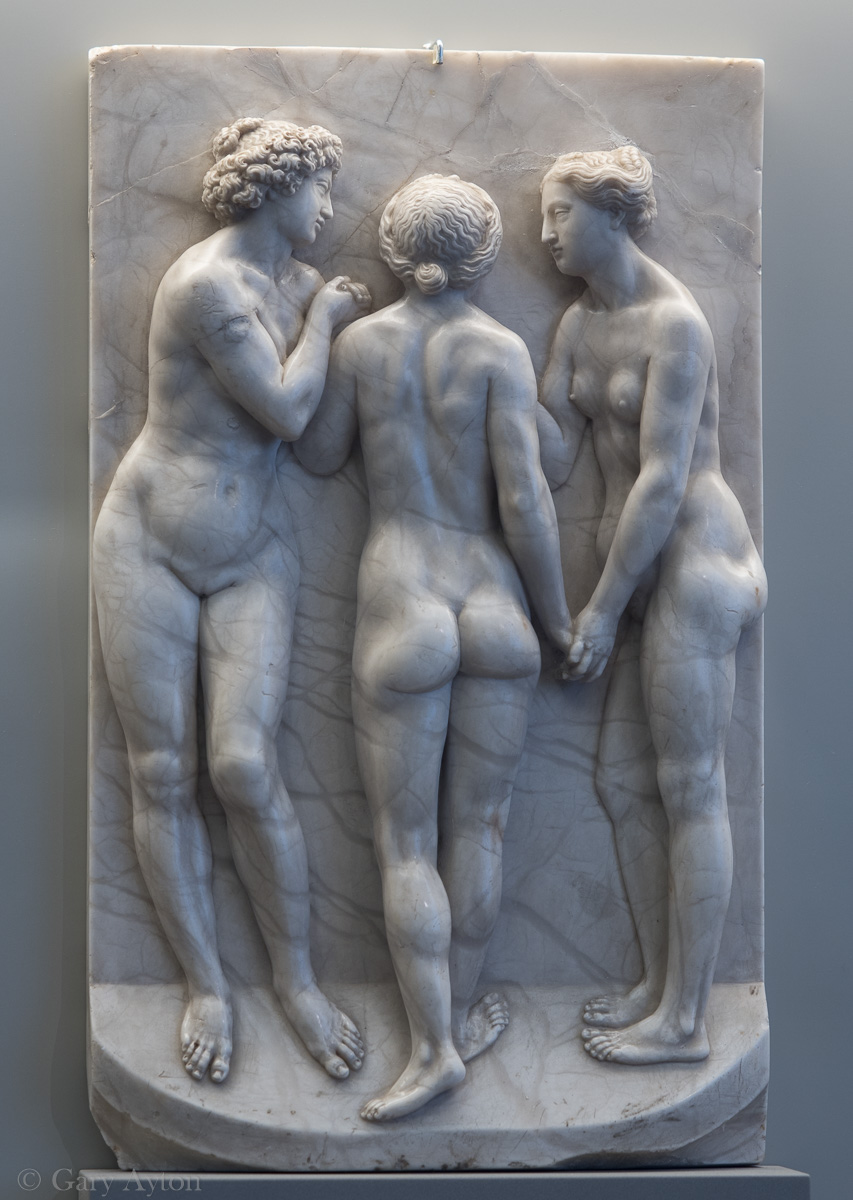 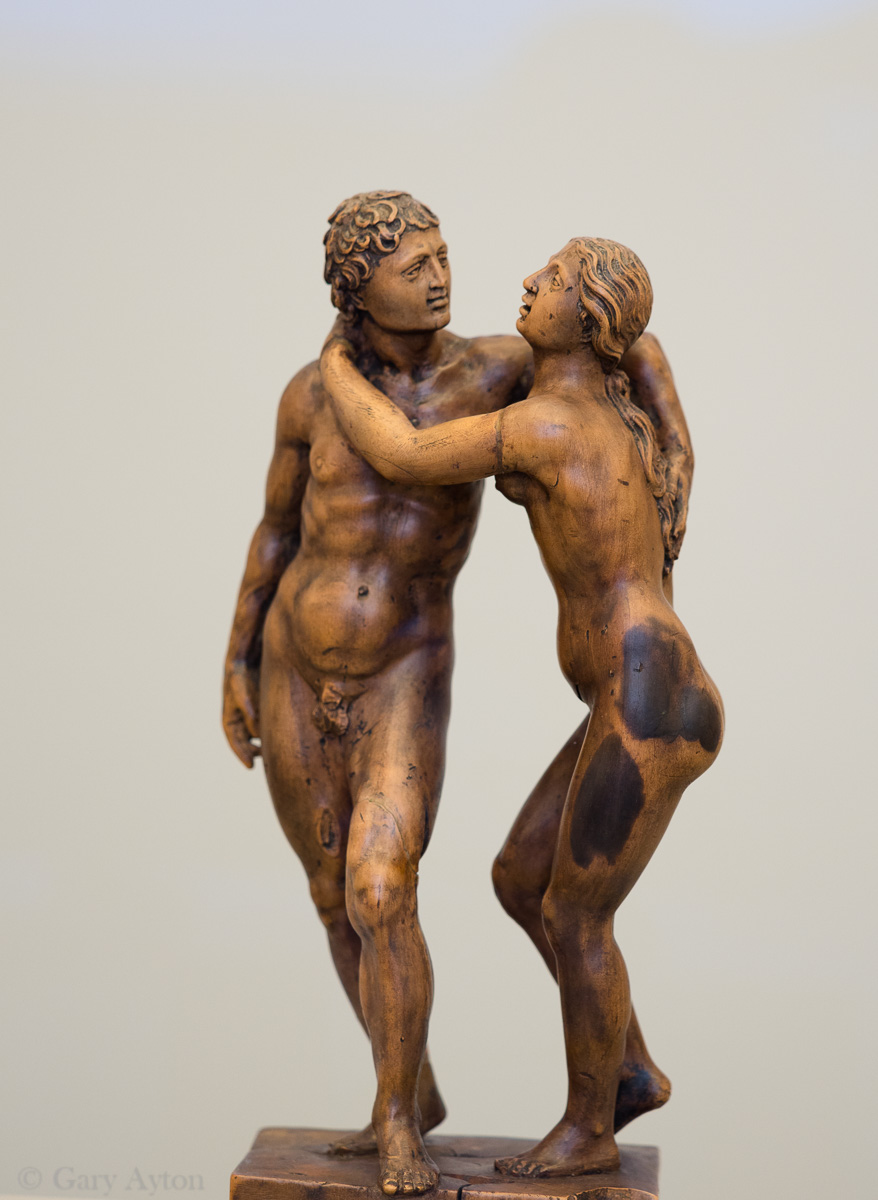 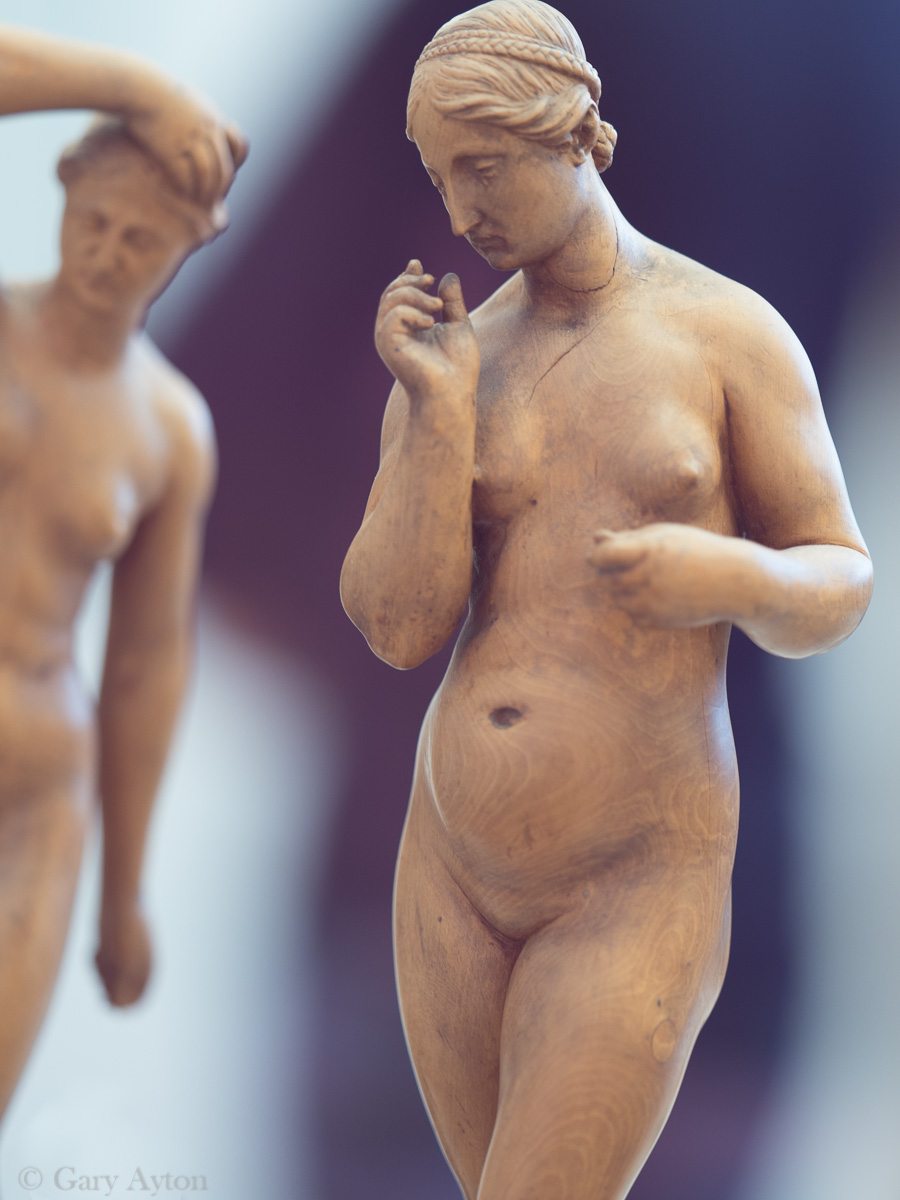 Boy as Fountain Figure by Andrea della Robbia of Florence 1490: 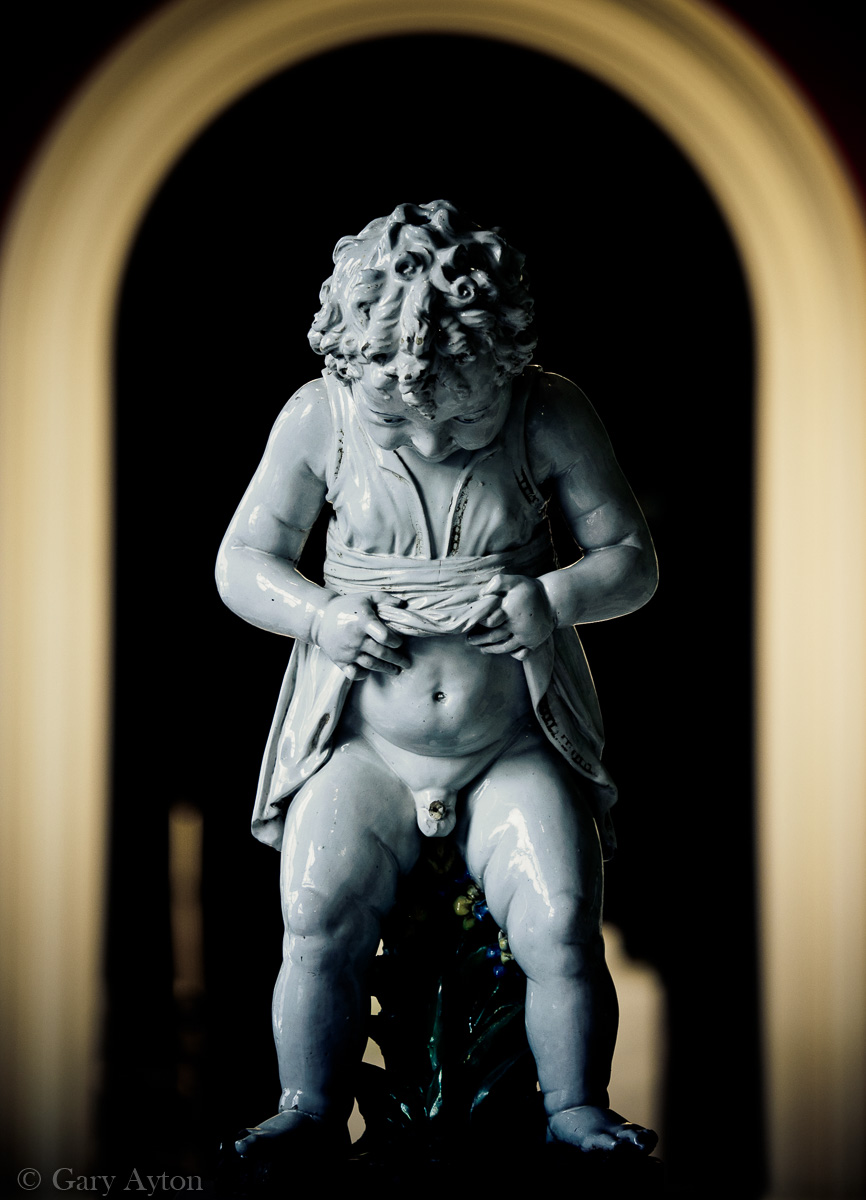 You see how early humans learned to light portraits – this one shows a lovely loop lighting (note the loop like shadow beneath the nose) in shortlit style (the face is lit from the rear side so the shadow side is closest to the viewer making the face look narrower) – we still use this flattering studio lighting today in portrait photography! Portrait of a Young Man by Alessandro Allori (1535-1607) of Florence. 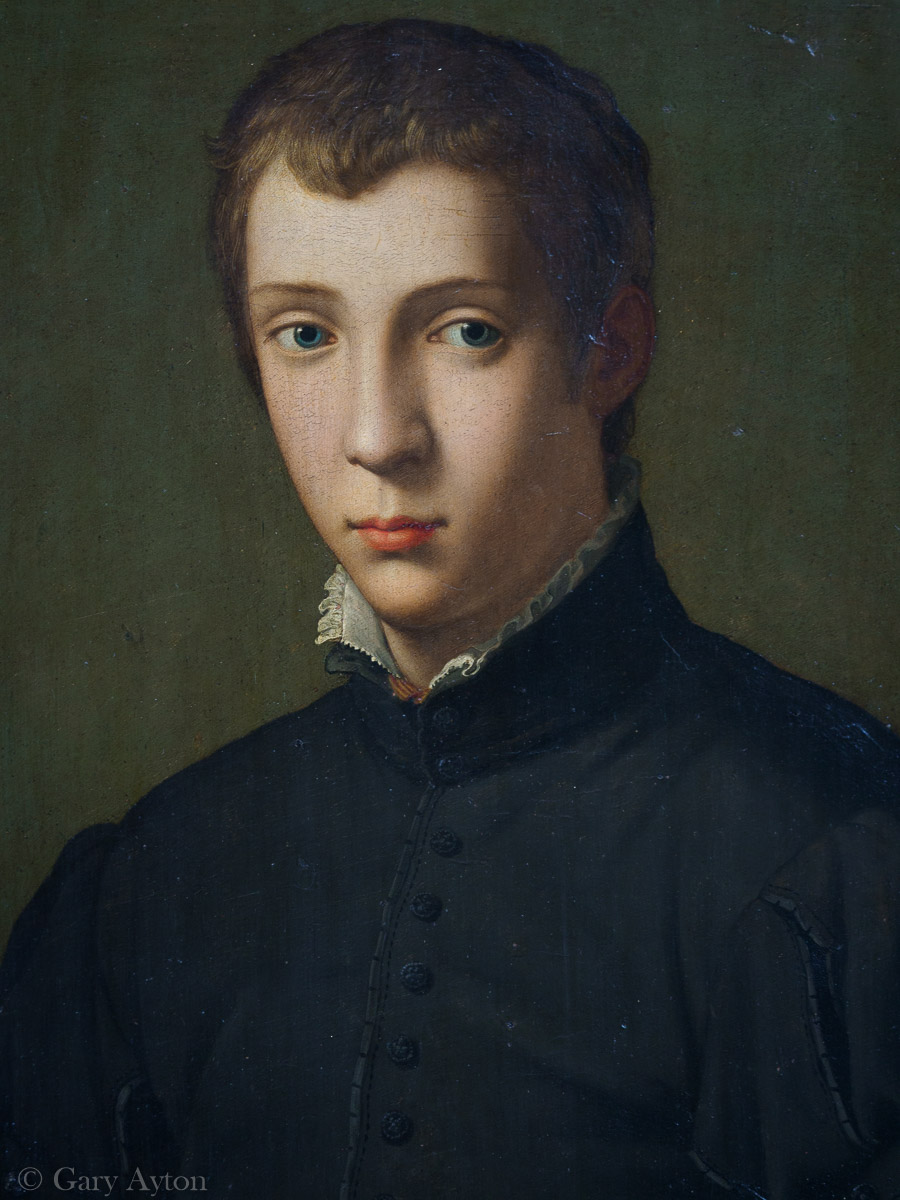 German tribute to the Italian Renaissance which I believe was originally housed in Berlin’s Basilica built in 1904 but destroyed in WWII: 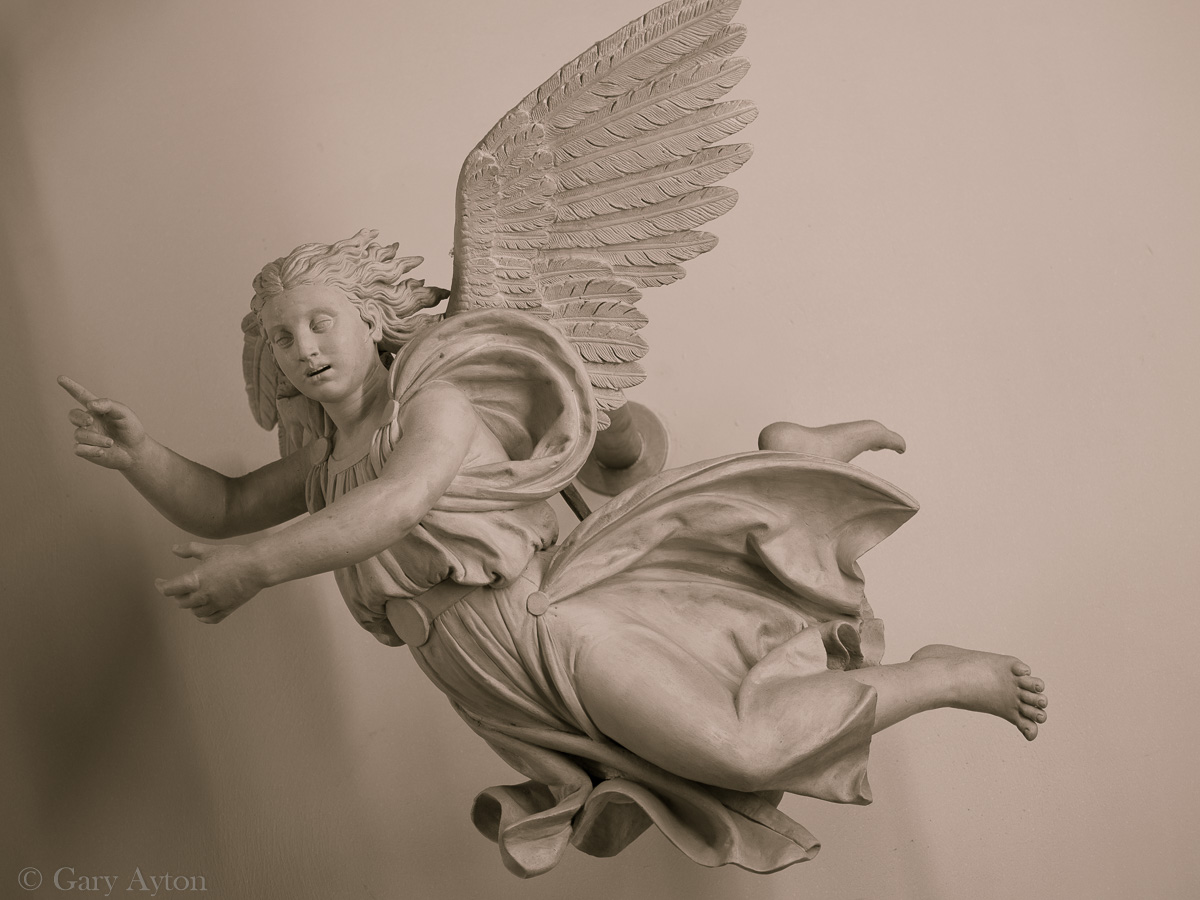 A Christian altar piece, I felt at times I was in a Get Smart scene with all these doors about to close on me as I approached – but they didn’t. 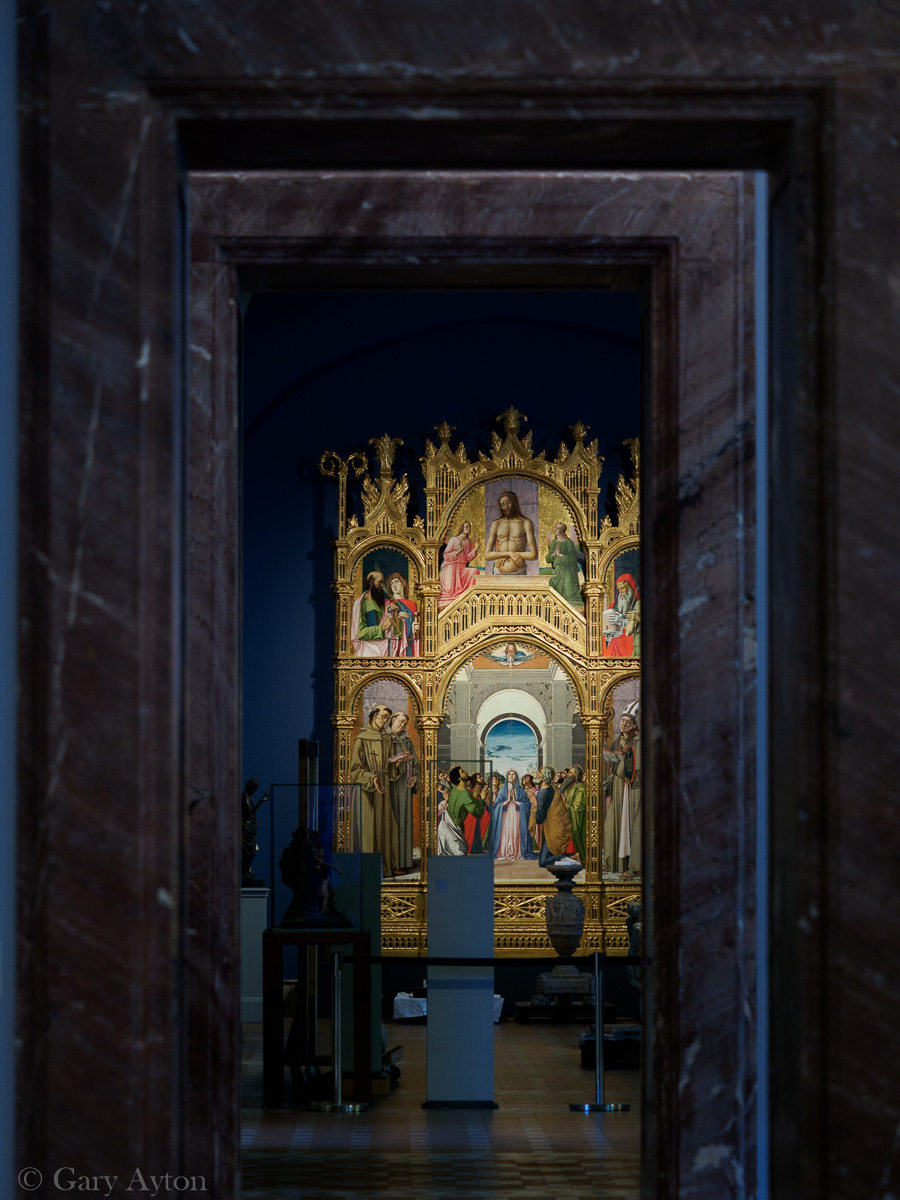 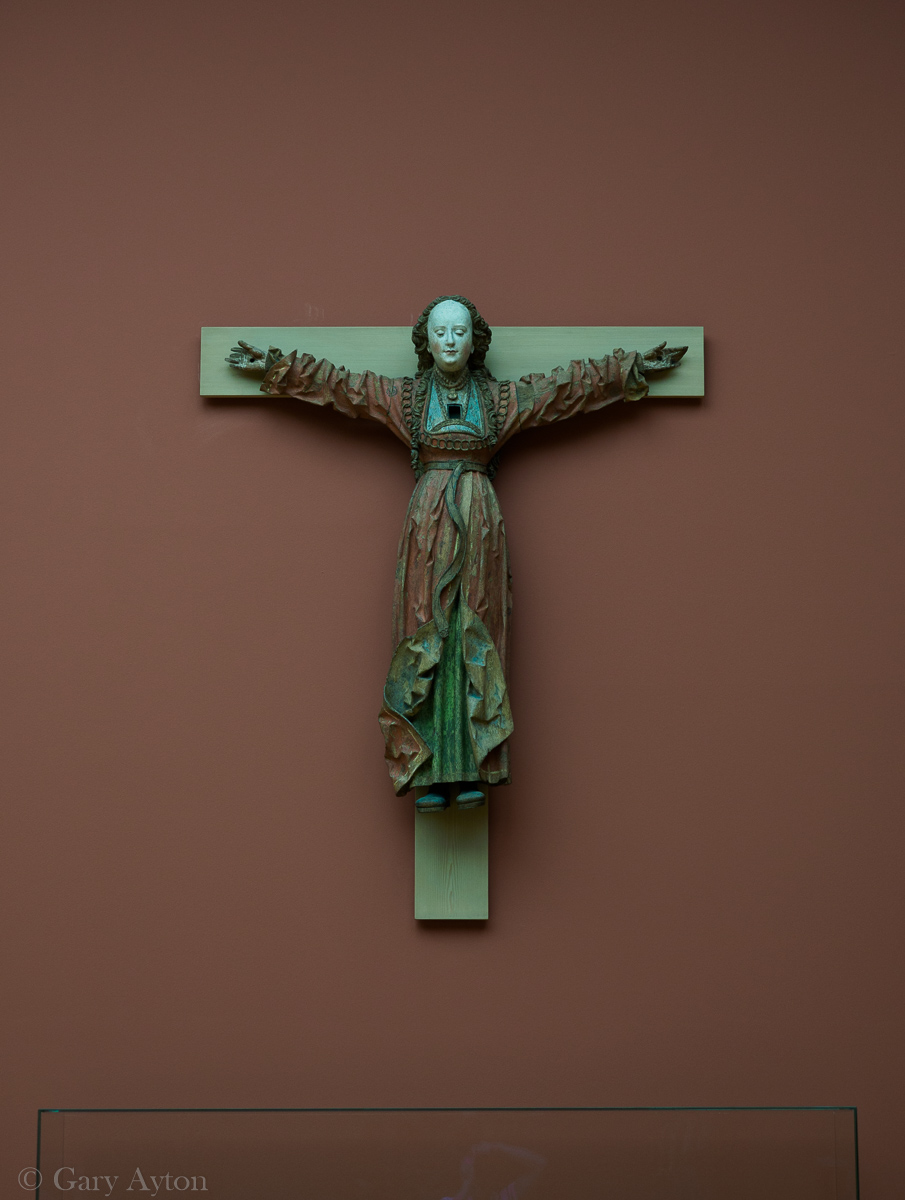 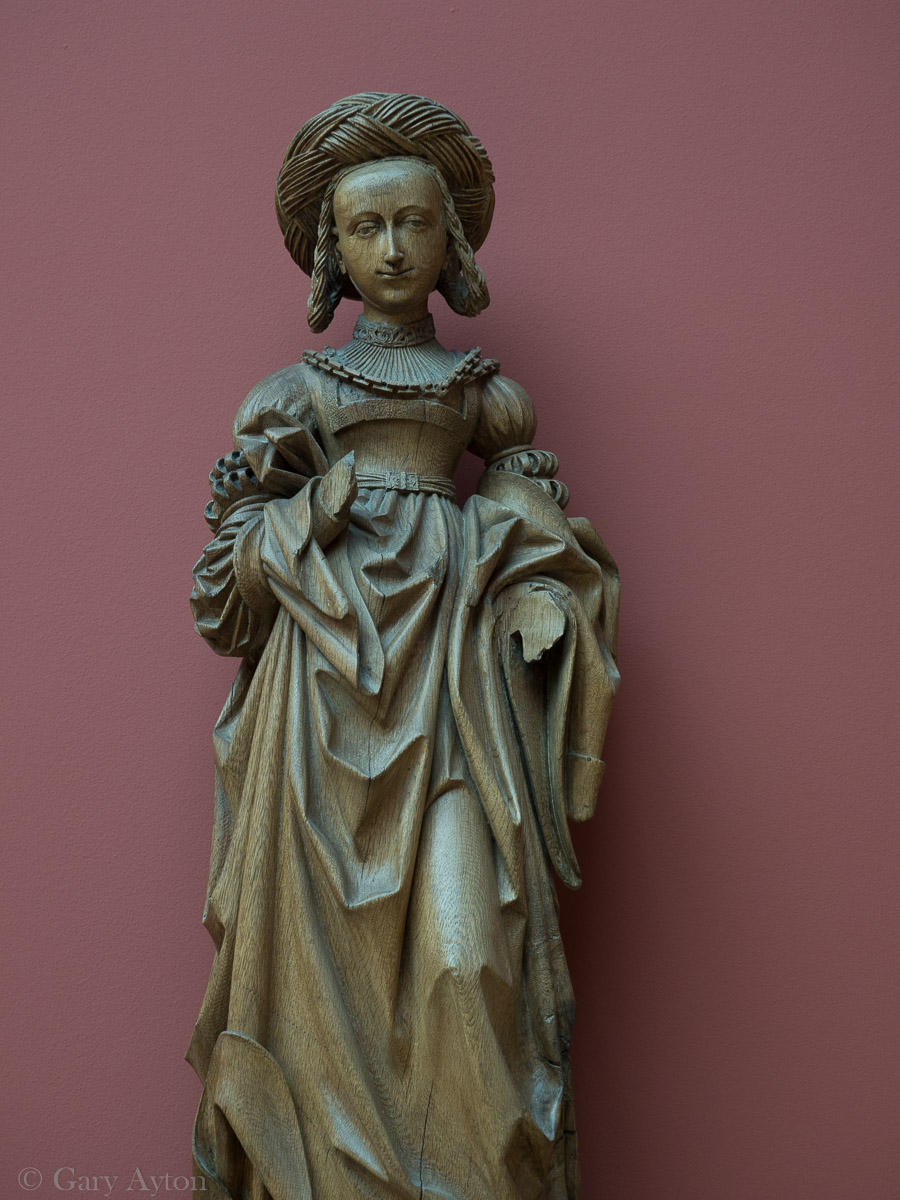 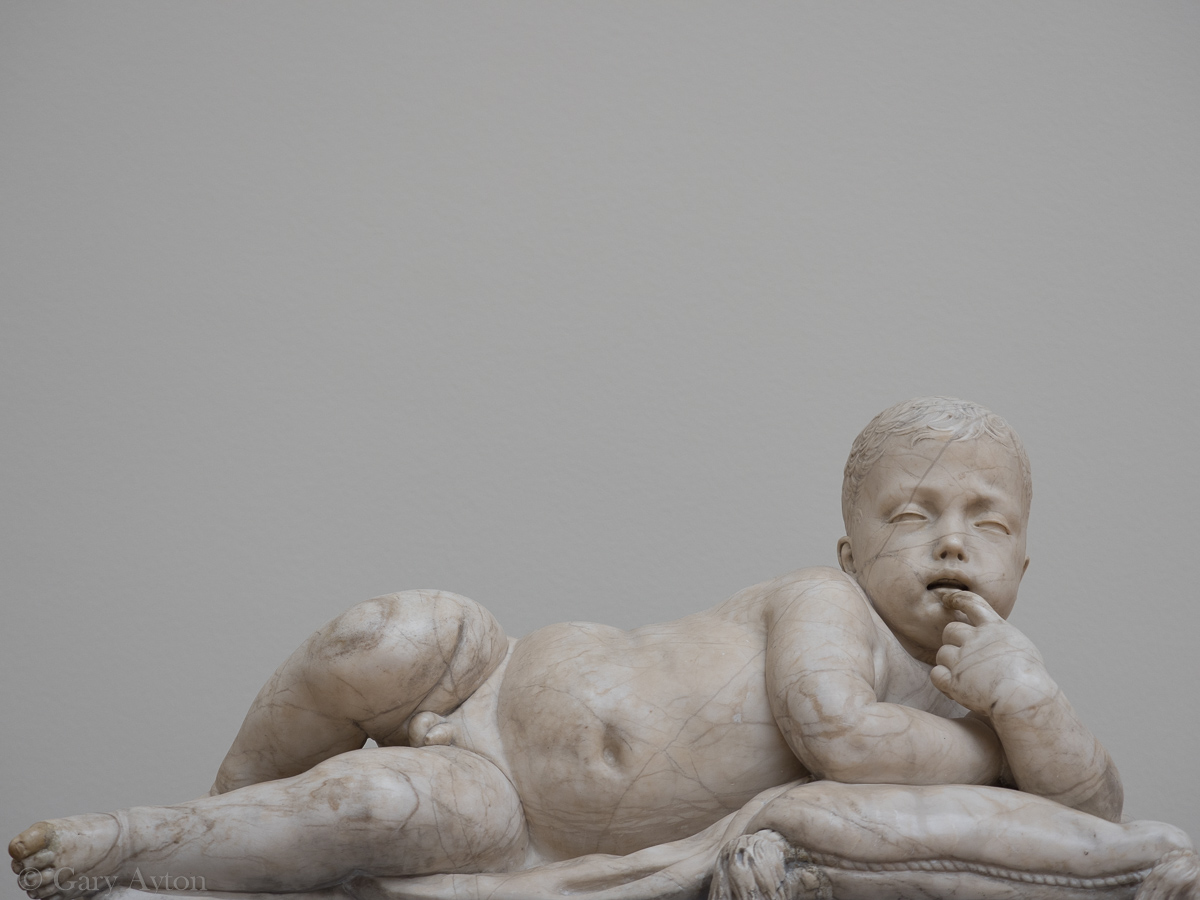 From here on it gets a bit more violent with abductions, betrayals, etc:

Delilah cutting Samson’s hair without consent while he slept and destroying his strength – by Artus Quellinus 1640: 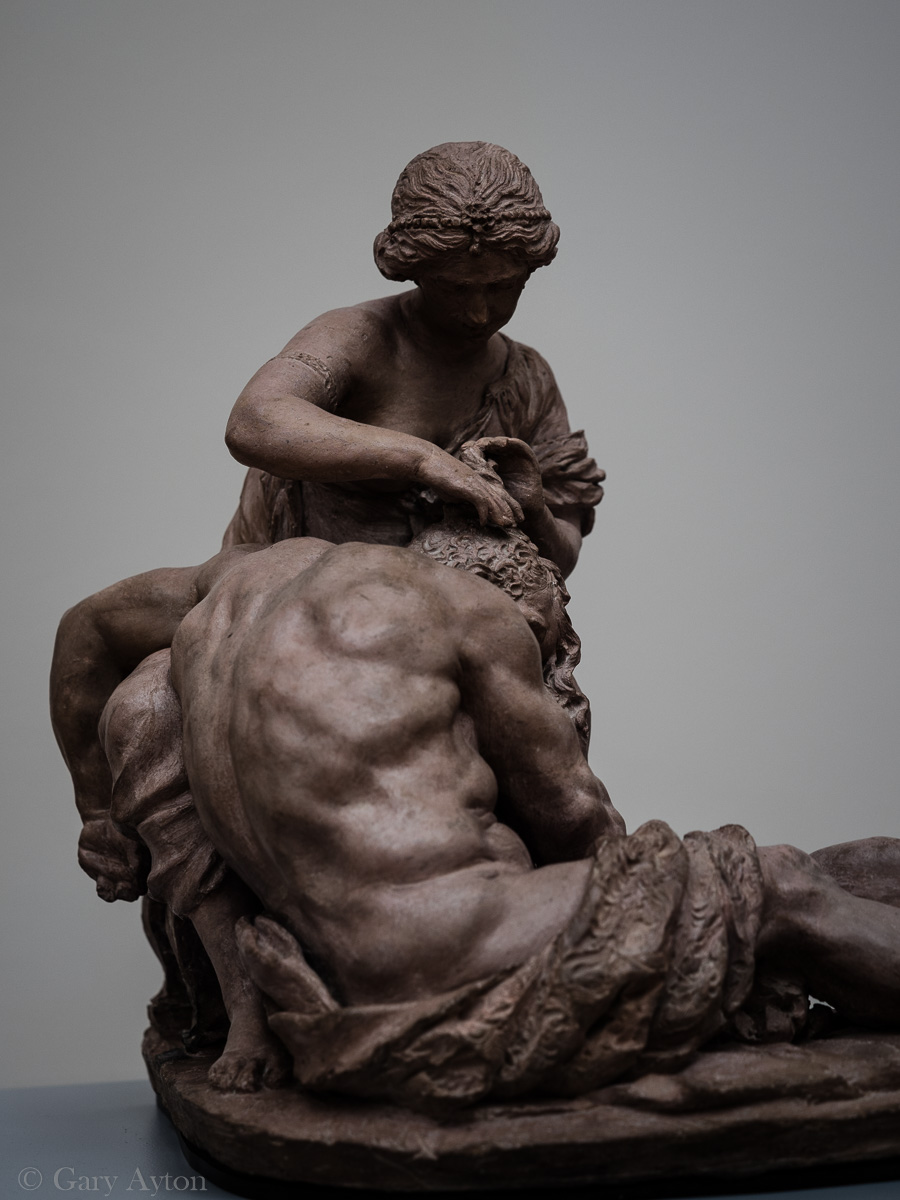 Rape of Proserpine by Pluto – Adrian de Vries 1621 in bronze. It seems Venus wanted to bring love to Pluto and sent her son Amor (Cupid) to fire one of his arrows at him. Pluto, the god of the underworld, then came out of Mt Etna’s volcano with four black horses and abducted the goddess Proserpina who was having a good time in Sicily staying with some nymph friends. Pluto’s intention was to take her to the Underworld and make her his wife. Her mother, Ceres, the goddess of agriculture got very upset with this and tramped the world looking for her and in her anger stopped the growth of fruits and created the deserts, starting in Sicily. Pluto’s brother, Jupiter, became worried so sent his son Mercury to order Pluto to free Prosperpina, he obeyed but made her eat six pomegranate seeds which forced her to spend 4-6 months of the year living with him – hence when she comes out into the living world in Spring, the flowers bloom, and when she goes back to the Underworld each year, Winter ensues. Seems a fair explanation of the seasons and why there are deserts!

You might be wondering what rape has to do with it – well in ancient times the word rape actually referred to abduction not the sexual violence per se, but I am guessing most suffered sexual violation too. 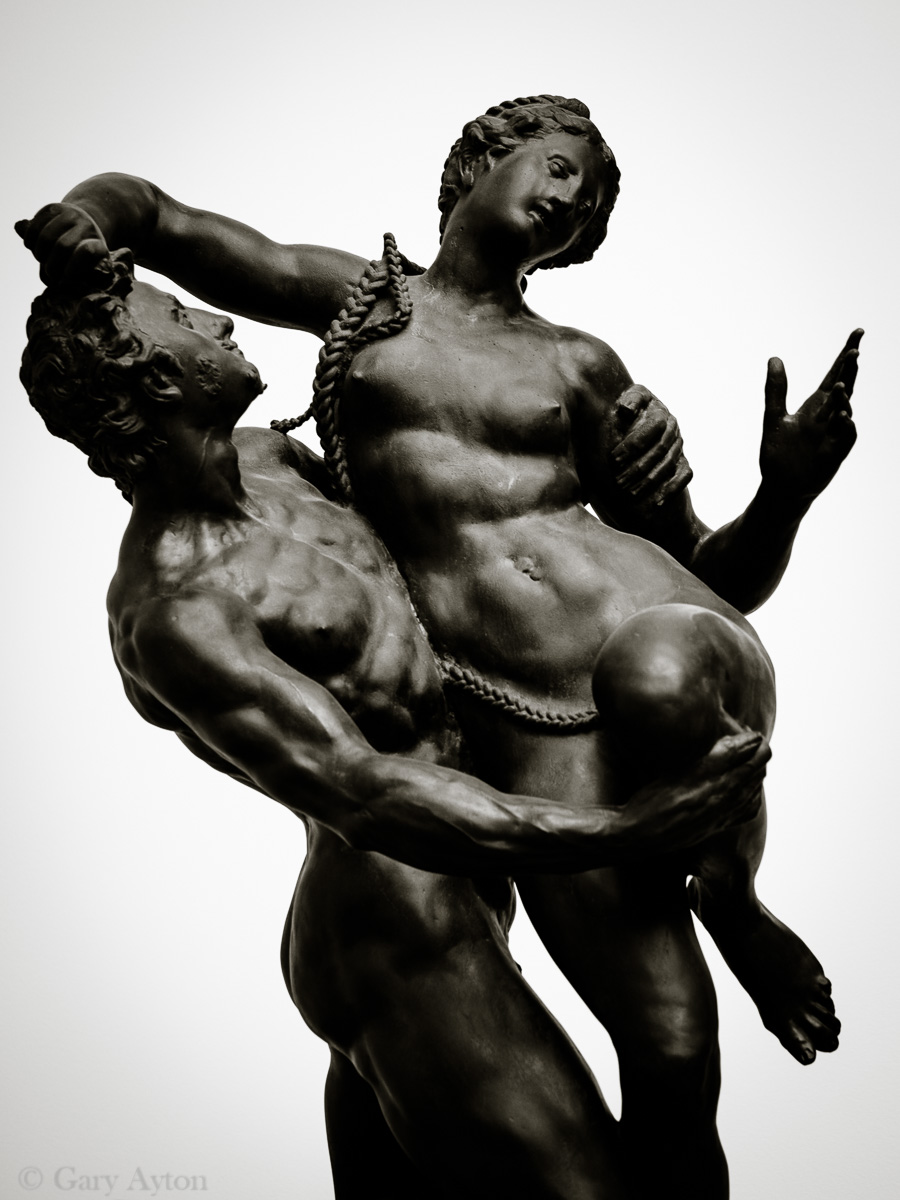 I guess I better tell you their story as well!

When Rome was founded by Romulus, he had a problem, lots of male followers but few women. You can’t start an empire like that! Thus the first Romans tried unsuccessfully to negotiate with the surrounding tribes (the Sabines) for their women to be wives. The Romans decided to have a festival and invite people from neighbouring towns including the Sabines. Romulus gave the signal and the Sabine women were abducted and their menfolk fought off and the women were made to marry the Roman men albeit with betrayal of promises made to them. 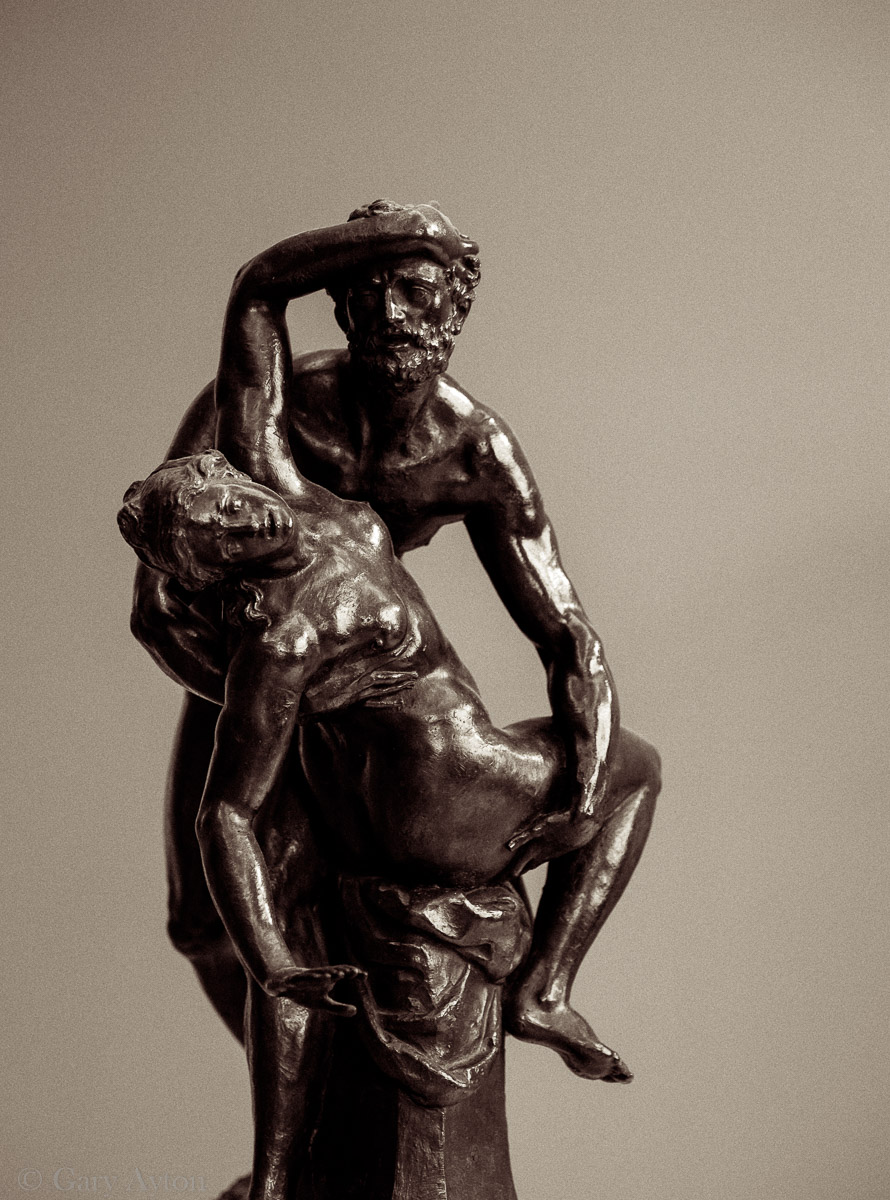 Screaming woman by Sudliche Niederlande 16thC – not sure why she is screaming although the loss of her arm may have something to do with it! 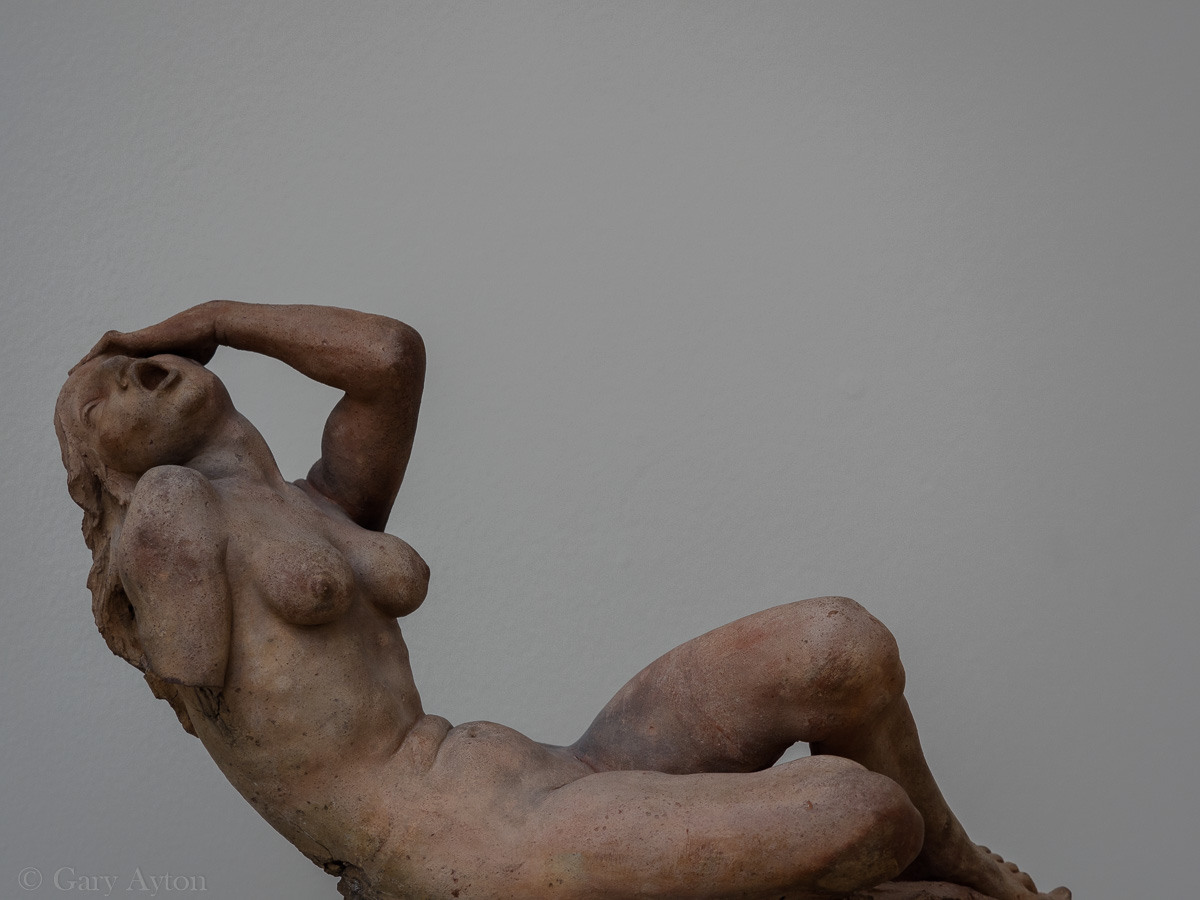 Salome receiving the head of John The Baptist in the Dungeon after she had requested his beheading. Georg Schweigger Werkstatt 1648: 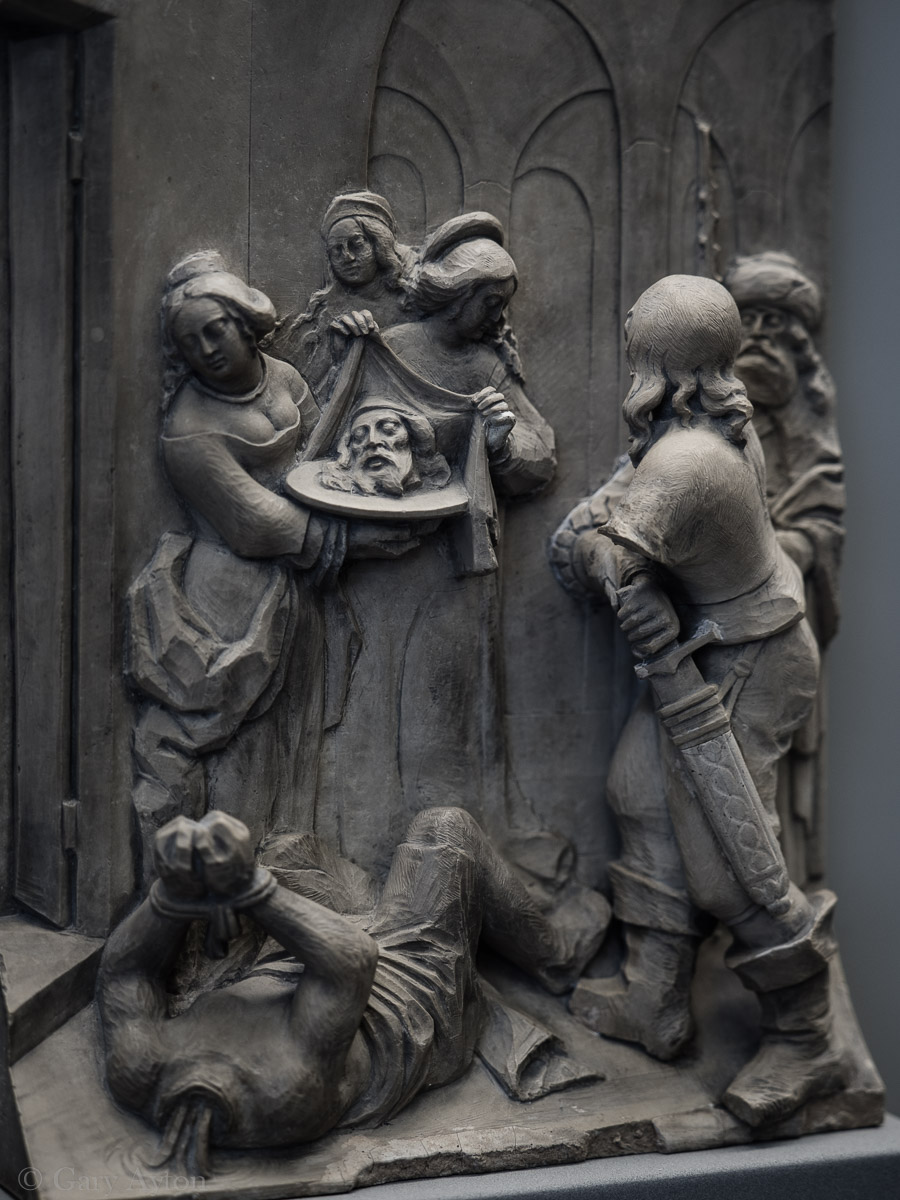 An 11th century Oliphant (Ivory horn for signalling the end to this post): 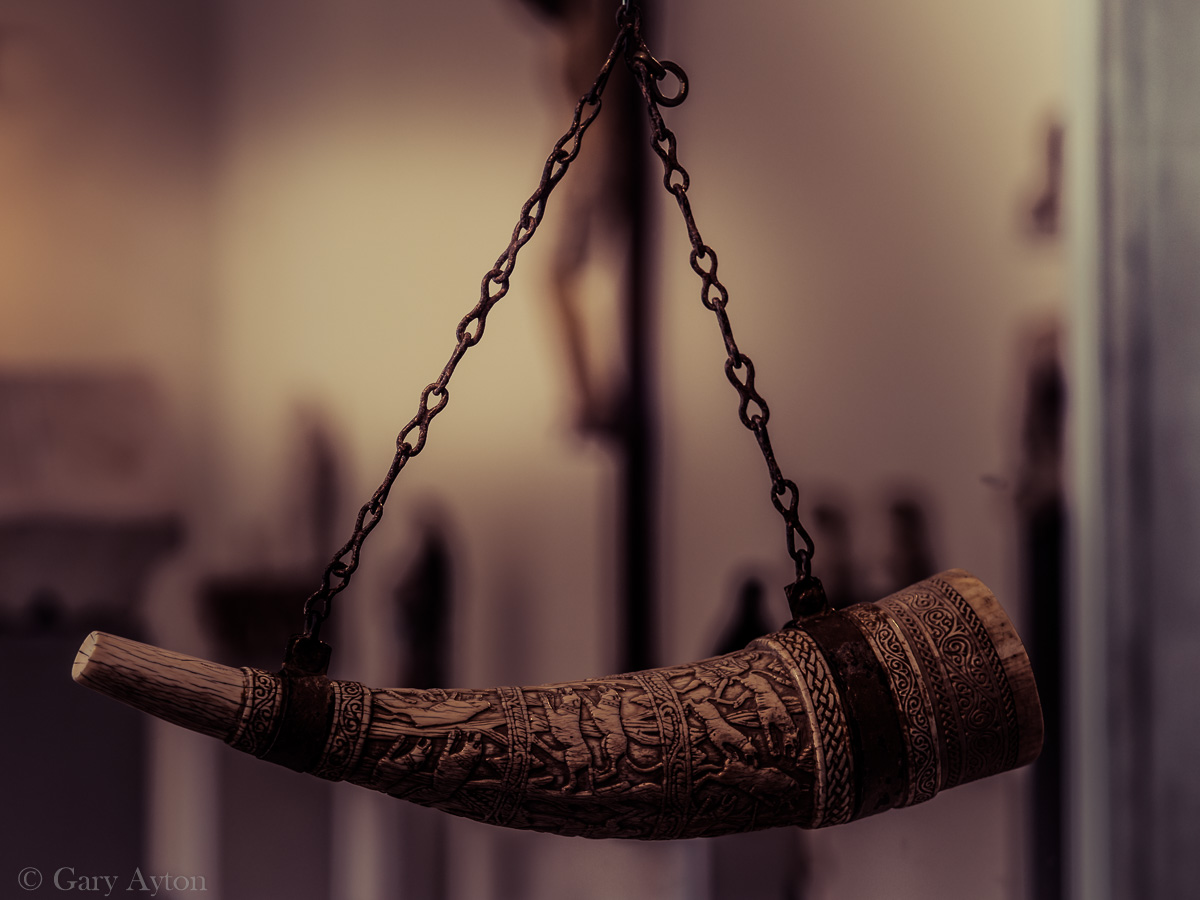