ps.. as usual, the links below take you to my wiki pages for more information – NOT to annoying online retail sites as with most other blogs!

The Micro Four Thirds system has come a long way since its introduction in 2008 with the Panasonic G1 and soon after the very popular Panasonic GH-1 which changed the video world.

A major advance was the introduction of the Olympus OM-D series starting with the Olympus E-M5 in early 2012 which brought together most of the missing elements:

Then in 2016, this was taken a major step forward with the Olympus OM-D E-M1 Mark II which addressed the main concerns with the E-M5’s poor AF of moving subjects and added a vast range of new functionality – particularly to address sports and wildlife photography, further improved image quality, added an improved and very nice hand held 4K video capability, and a range of weathersealed wide aperture prime lenses as well as the holy trinity f/2.8 zoom lenses plus the much loved and unique 12-100mm f/4 pro-level travel lens.

Incompatibility issues which I wish Olympus and Panasonic would resolve:

Whilst I can understand that creating incompatibilities is a way for companies to hold their user base to ransom and force them to continue to buy their products only, this is extremely frustrating for users and does take away from the system experience and may turn many away.

This is what they need to resolve:

Here are some of my wishes:

I do not anticipate Olympus will be replacing the E-M1 Mark II any time soon – it took them 3 years to update the Mark I version – so that would put a replacement in late 2019.

The Olympus Pen F is now 2 years old and due for an update.

PLEASE Olympus, add PDAF capability (or at least Panasonic’s DFD technology) to ALL next model OM-D and PEN cameras so all users can have a better user experience trying to focus on moving subjects – restricting this capability to the E-M1’s is counter-productive to marketing of the system and turns potential buyers away and across to Panasonic, Sony or, heaven forbid, a cheap and nasty dSLR.

I think as a minimum they should aim to ensure the Pen F Mark II and E-M5 Mark III both have PDAF technology.

From the Panasonic stable, their awesome new Panasonic G9 is still yet to hit our shores and will give the Olympus E-M1 Mark II a run for its money although we are yet to see how well its DFD will compare with the Olympus PDAF when using the lenses such as the Panasonic 200mm f/2.8 for sports.

I would like to see a Micro Four Thirds camera similar to the Sony A7S II in that it has much improved high ISO capability at the expense of fewer pixels – the rumored Panasonic GH5 S will probably be this camera!

2017 was the year of the f/1.2 weathersealed Olympus primes of which the 17mm and 45mm will finally be available this month hopefully: 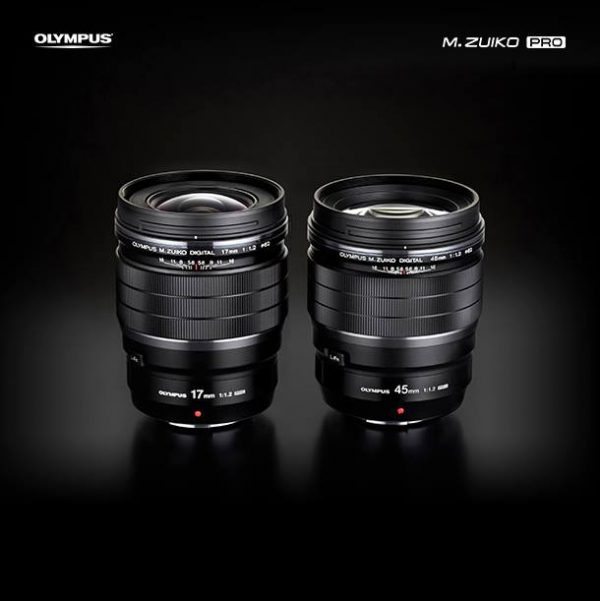 #2. a weathersealed wide aperture 200mm lens which is smaller and lighter than the Panasonic version

2017 was a ground breaking year in radio TTL remote flash in the photographic world – not just for Micro Four Thirds users.

Cactus introduced various firmware updates to the Cactus V6II transceivers which allowed most camera brands to have radio TTL remote control with optional high speed sync, remote zoom control, and remote manual flash output of Canon, Nikon, or Olympus/Panasonic flashes. In 2018, this firmware should extend to Canon and Nikon cameras, then hopefully they can amalgamate the firmwares to avoid the need of changing firmware when you use a different camera brand, and then they can work on fixing all the bugs.

Godox also introduced their cross-platform Godox X1 transceivers allowing most camera brands to have radio TTL remote control with optional high speed sync, remote zoom control, and remote manual flash output of Godox speedlights and portable battery powered studio lights, or other brand flashes if used with a Godox receiver. I expect they will release a PRO version of their X1 transmitter designed for Micro Four Thirds in 2018.

We no longer have to wait for Olympus and Panasonic to develop radio TTL flash capability – we have it already via Cactus or Godox – and even better that what individual camera companies such as Canon or Nikon are providing in that it is cross-platform – brilliant if you use more than one camera system as I do!