The Panasonic Leica DG 200mm f/2.8 lens for Micro Four Thirds is now readily available, and very expensive ($US2999 with the bundled 1.4x TC which was NOT used in these tests), so, after having ran some tests with other Micro Four Thirds and Four Thirds lens options in a previous post, I decided to test it against the flagship Canon prime lens – the Canon EF 135mm f/2.0L lens with and without the Canon 1.4x teleconverter – mounted on the same Olympus OM-D E-M1 Mark II Micro Four Thirds camera to ensure there were no differences in sensors, and I used a bounce flash with no direct light onto the lens to remove issues of camera shake, image stabilisation etc. Both lenses were used without any filters and with their long lens hoods. The Canon lens was mounted via a Metabones adapter and as this does not allow AF with this particular Canon lens, I used careful, magnified view manual focus.

In each case, the actual AF target chart was the focus point to ensure their were no flatness of field issues.

I performed the exact same image processing in Lightroom – import RAW file, cropped to the top right corner lens testing chart, and exported as jpeg without any further resizing but with LR’s default sharpen for screen applied.

Note: the links on my posts take you to more information on my wikipedia, not to online retailers!

With the Canon lens with TC, I did try to achieve similar magnification but the size for the corner shot indicates I was a touch too close, nevertheless this should have given a resolution advantage to the Canon combo but obviously the combo was no where near a match for the Panasonic lens!

The Canon EF 135mm f/2.0L lens is renown for its internal lens flaring when direct light hits the front element, and this can be used to effect to soften portrait images without having to apply Vaseline to a front filter, but in this test I took great care to avoid this in this testing, and yet the micro-contrast is very poor in comparison with the amazingly superb results of the Panasonic lens which is much more expensive, but is also better weather-sealed, has optical image stabilisation, focus range limiter, much faster and more accurate autofocus system (compatible with CDAF cameras and face recognition eye detection AF), and a Lens Function button.

The optical deficiencies of the Canon 135mm f/2L lens is one of the reasons I moved from full frame Canon gear to Micro Four Thirds as the superb Olympus micro ZD 75mm f/1.8 lens provided far better microcontrast and faster, more accurate autofocus, especially for portraits, as well as gaining 5 stops of in-camera image stabilisation which is incredibly useful when you need lower shutter speeds for fill in flash in full sunlight.

That said, the Canon 135mm f/2L lens is still a useful lens, and when you need that extra shallow depth of field on a full frame camera, it can be useful, and of course, if you want that soft low contrast look then this lens gives it to you in spades, plus, it can be useful for deep sky astrophotography such as comet photography with a guided equatorial mount. 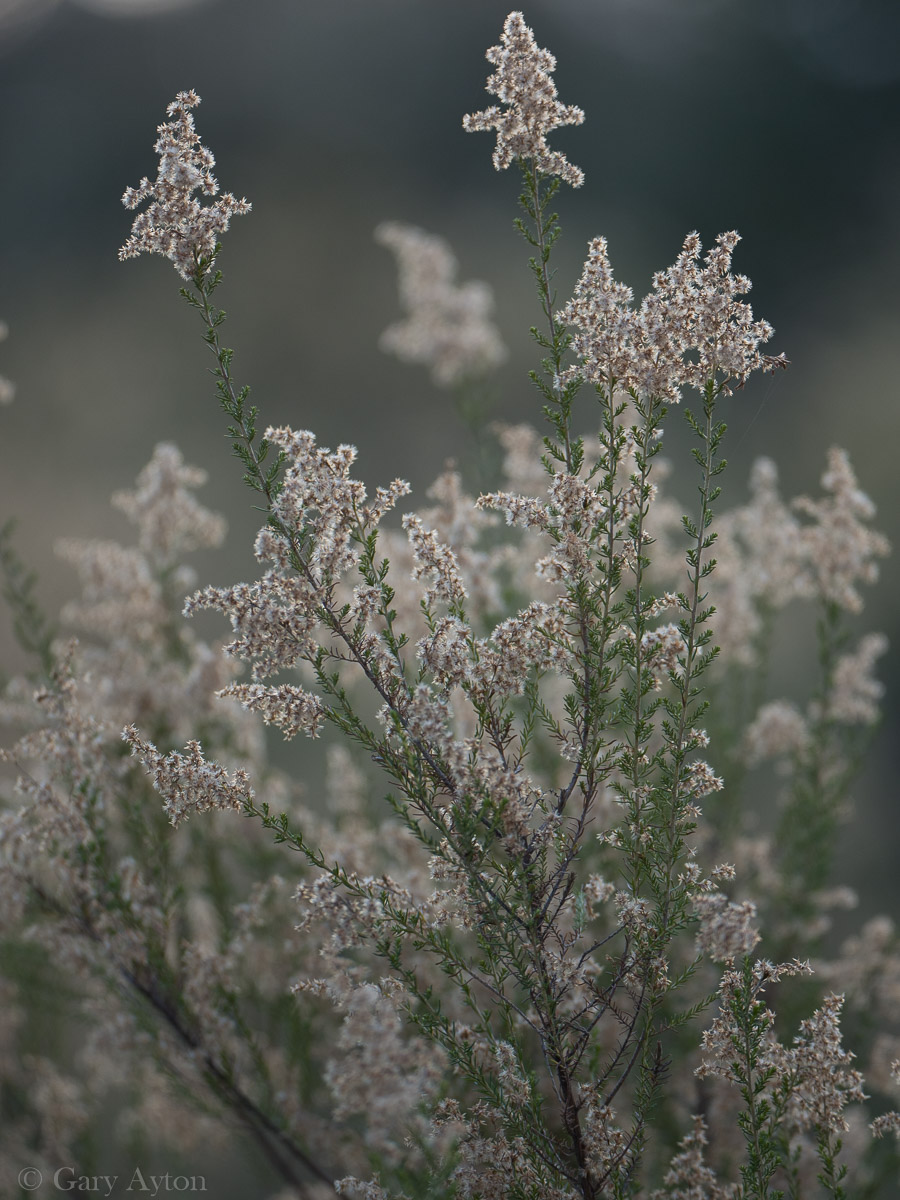 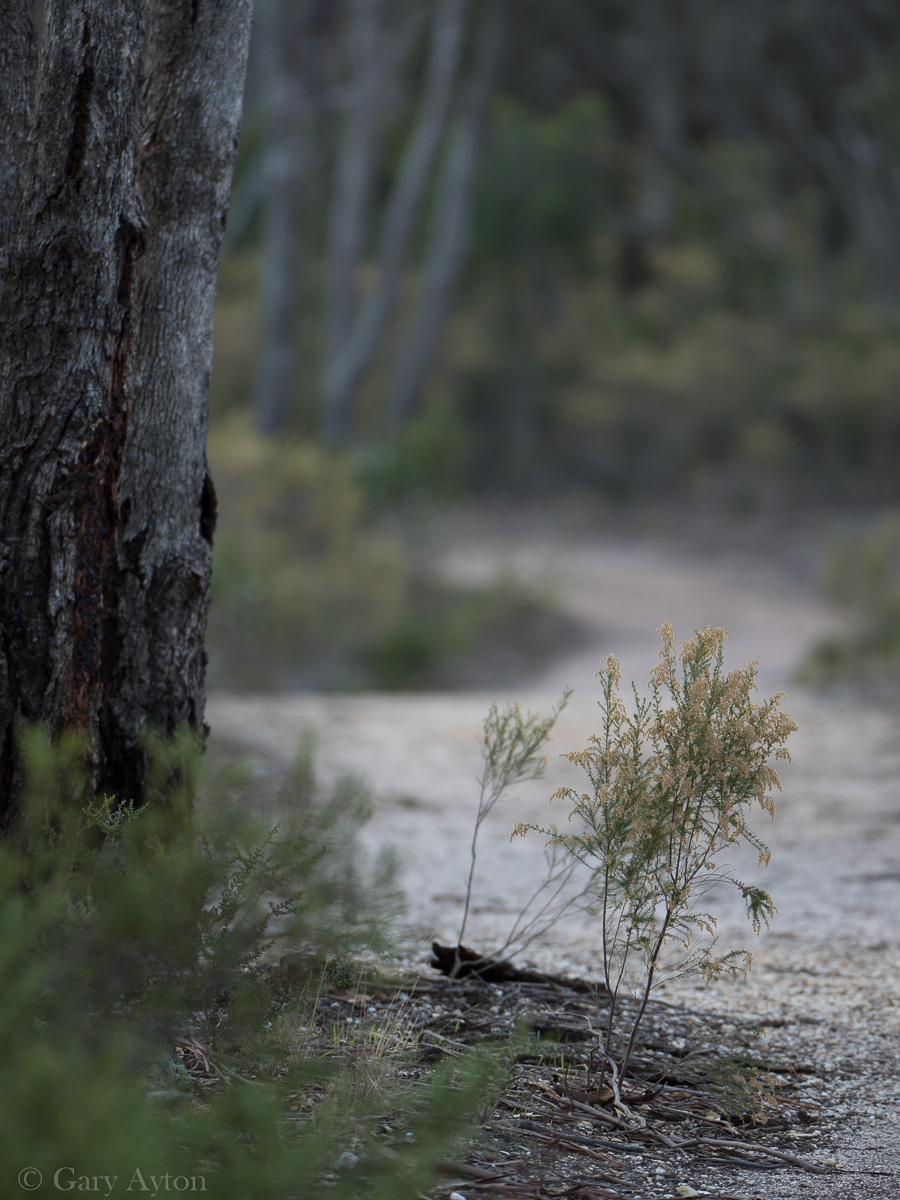 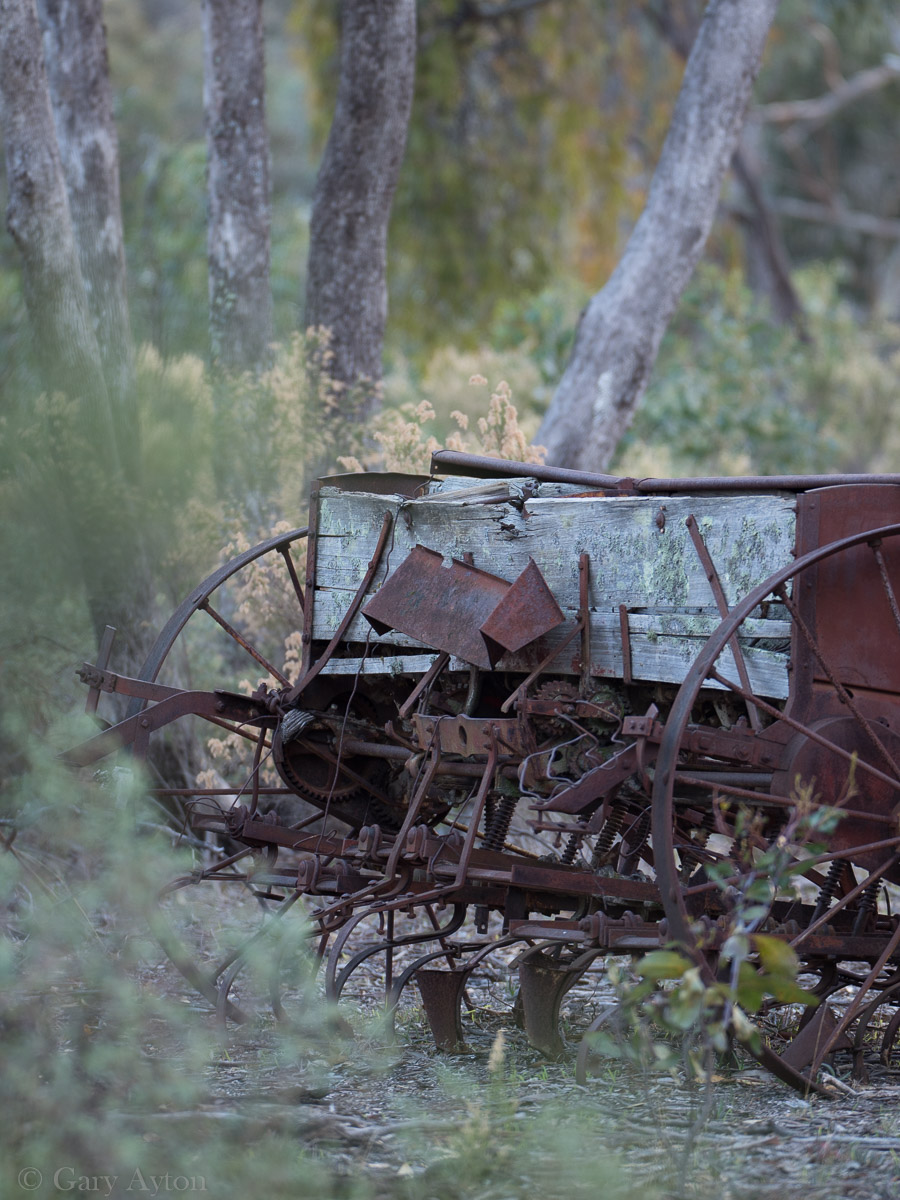 And even after the end of a bushwalk in cold conditions, the image stabilisation is so good that this image without a lot of care, was shot at 1/8th sec hand held – that is incredible for a 400mm effective field of view lens: 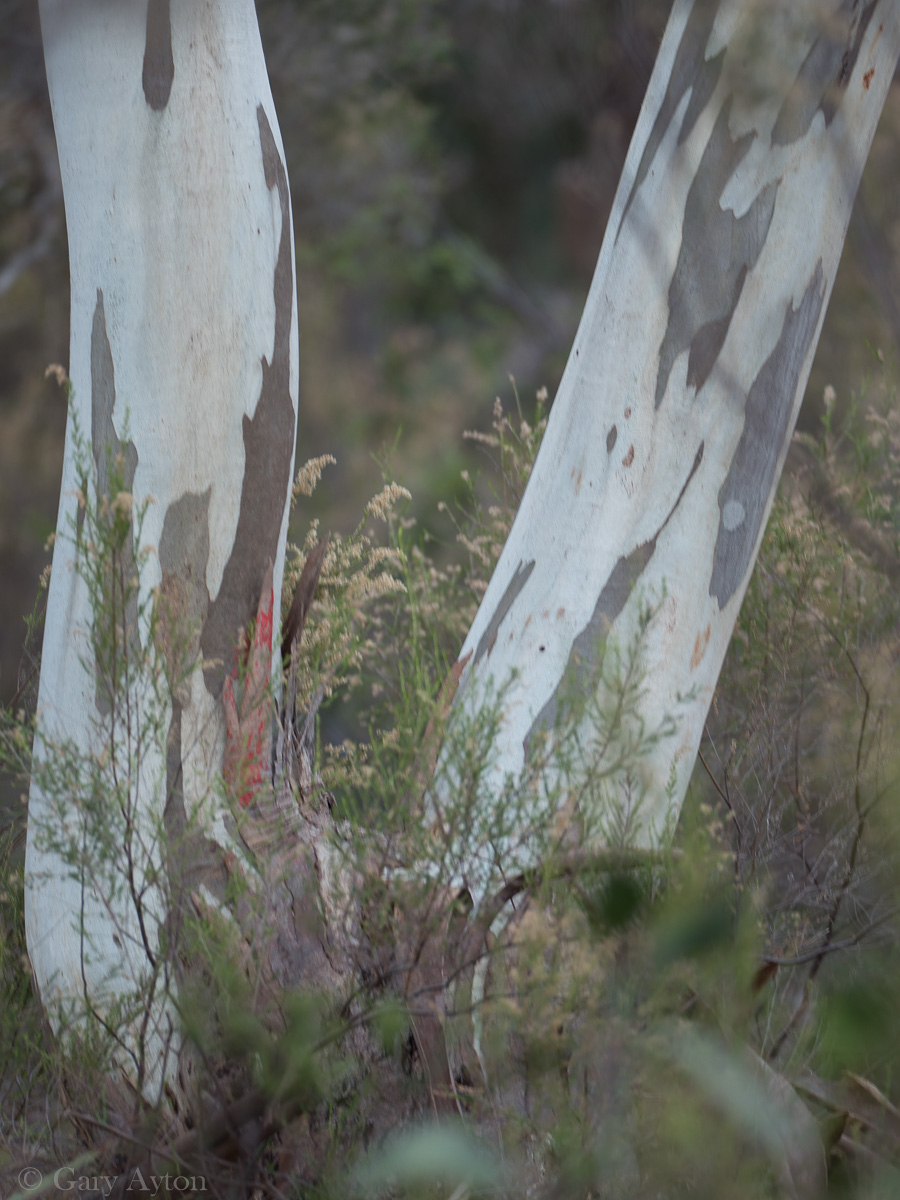 and here is a quick “close up” image of some dew to show the bokeh at closest focus (this one has had a matte colour grading applied): 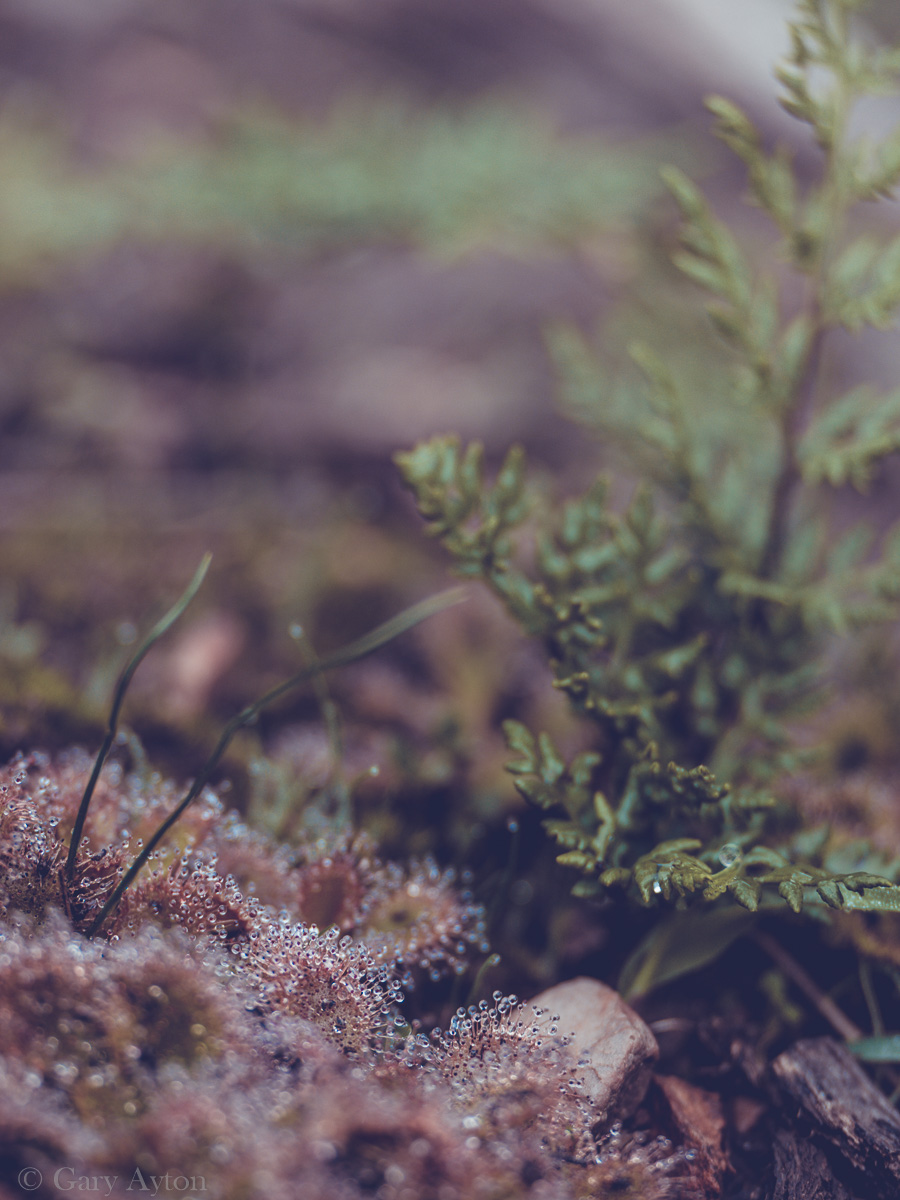