After a long wait from the Kickstarter campaign, I finally received my pre-order of the Arsenal AI Smart Camera Assistant which is designed to sit in the camera’s hotshoe and plug into the camera’s USB port and then you take control of the camera via WiFi connection to your smartphone using the Arsenal app. 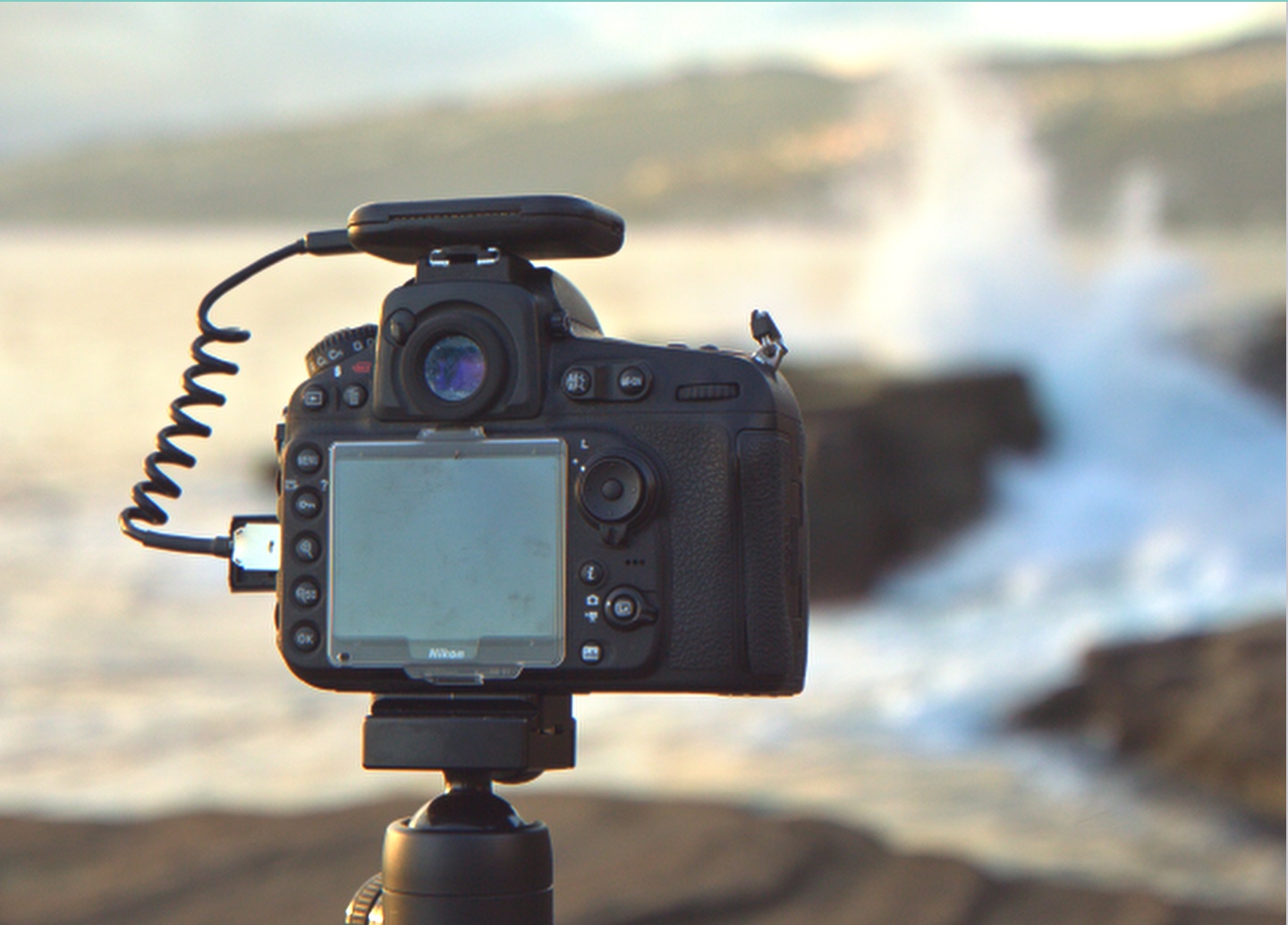 This device and app will have a variety of functions to extend or make it easier for you to use, the camera’s more complex functionality such as:

In stacking modes, RAW files are merged into a single RAW file within the device – “Arsenal is capable of merging multiple RAW exposures into a single 16-bit DNG file on your camera. This file format is supported in most modern photo editing software. The files are merged on the Arsenal device and written back to the card in the camera, resulting in one image file”.

Most of the features are designed for remote control of your camera which is mounted on a tripod.

You can however, set the device to “hands-free mode” by holding the device’s power button for 3 secs, and then you shoot using the camera as normal however, the device will control the exposure settings depending upon the scene data it receives – in this mode, you take the photo as normal, using the shutter button on the camera. HDR, focus stacking, etc will be disabled in this mode.

It does not actually need to be mounted in the camera’s hotshoe (although it needs to for the Smart mode to detect camera shake), but for convenience when connected via USB cable it can be. If you need to use a flash in the hotshoe, that is fine, but the device will only work as a remote shutter trigger with remote manual exposure settings. 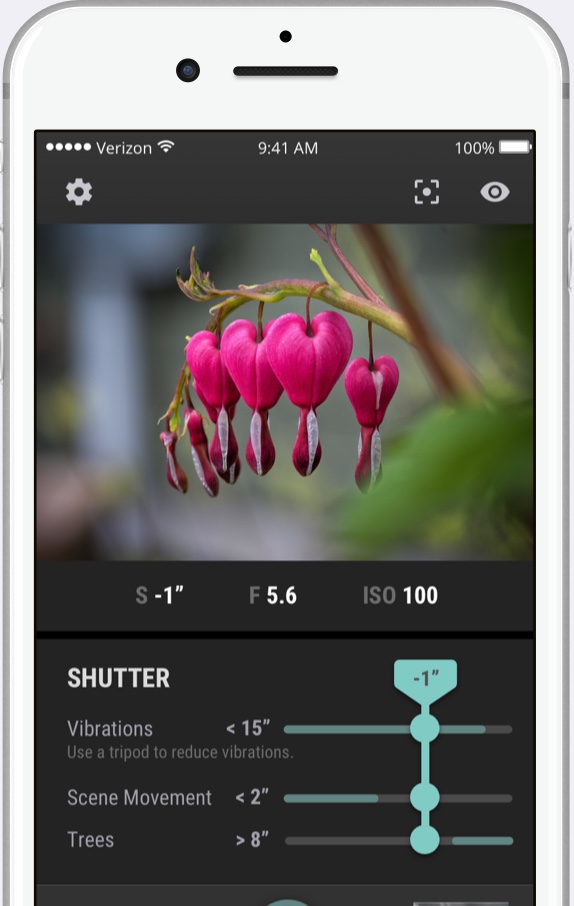 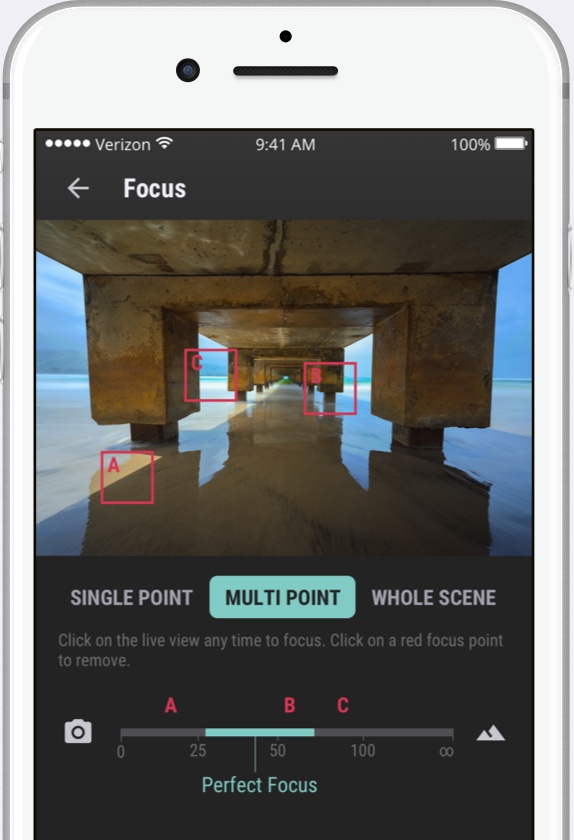 Getting started with the device:

The first thing that occurs when you try to connect the smartphone app to the Arsenal device via WiFi for the first time is that it detects the firmware version and then insists on advising downloading the latest version (almost 500Mb), and if this stalls due to the internet being busy or the server being busy, you must close the app, restart it and then start all over again – it does not just start back at where it stalled.

Once downloaded to the phone, the phone will then send the firmware to the device and update it which takes about 15 minutes.

There does not seem to be a way of stopping the download and using the current firmware – this could be an issue if you have not used it for a while and then go out to do your astro work and find that you have to download 500Mb through your phone provider to get it working.

Note also that the device has a smallish battery which will only last a few hours and needs to be charged via the microUSB port on the RIGHT side – you may need to bring along a USB power bank if you are going to be using it extensively on a shoot.

The current reality with the Sony a7II (and a7RII):

The Arsenal developers seem to have run into issues with certain cameras including the Sony a7II (and all version I and II Sony a series cameras) in that the direct USB cable approach does NOT work with them, and instead, you need to turn the camera’s WiFi on (ie. aeroplane mode to OFF), and have installed the Sony PlayMemories Smart Remote App (downloadable from the Sony website in-camera once you have a Sony account and connect the Sony WiFi to your internet). See here for details on setting everything up.

The first time you connect the device to the Sony camera, you need to follow these steps:

Once you have set the camera to run the Smart Remote App, press the camera Trash button to display the password that you need to enter into your smartphone Aresenal app to allow the Arsenal device to connect via WiFi to the camera.

Open the Arsenal smartphone app and once you have joined the Arsenal device’s WiFi network (this may take a few goes), you then choose Connect to Sony camera on teh app and it will prompt you for the Sony camera’s password.

You just put the camera into the Smart Remote App, turn the device on, open the smartphone app, join the Arsenal device WiFi and then the camera connection should occur automatically.

The issues with Sony focus may apply to these cameras when doing focus stacking – see here.

I have not tested the Night focus system on stars which apparently should come into play automatically when Arsenal detects a night scene (in which case it will also tell the Smart mode to limit the shutter duration to the 500-rule for earth’s rotation when doing Milky Way astroscapes).

It only works with some cameras such as the latest Canon, Nikon or Sony cameras.

They promise support for other cameras in the near future such as Micro Four Thirds Olympus or Panasonic.

It is not weathersealed – although when used in WiFi mode, this is not an issue as you don’t have to connect it with the camera physically, and it could be carried in a pocket as long as you don’t need the Smart mode which needs to calculate camera shake.

Battery lasts 4-5 hours, but at least there is a separate port for USB charging while in use – however using this on the Sony a7ii with its poor battery life, means you will run its battery down as well, plus your smartphone’s battery – especially if you forget to turn them off!

There is no current iPad app or Android tablet app as yet, only the smartphone apps.

You can only control one camera at a time, and only one device from a smartphone at a time.

Does not do panoramic stitches at present.

At $US250, it is not cheap, but for many it may be worth it as it may make their photography easier – particularly if you do macro, architectural, landscape or astrophotography or you wish to create timelapses.

For other options of remote control, see my wiki.