Last week I made my first trip to the USA and mainly stayed in New York where I attended a conference.

New York is a LONG way from Australia, and the 5 hour stop-over in LA airport with its distinct lack of facilities for international travellers was a big pain – they need to look at making life a little more relaxing there, and at least have Club Lounges with a shower, and I guess some distractions such as a shop rather than just Burger King and a couple of other over-crowded fast food outlets.

But let’s move on to Manhattan – a place you either love or hate.

It is full of tourists, extremely noisy and full of over-the-top flashing lights from the excessive advertisements – perhaps the worst introduction one could have for a sleep deprived migraine sufferer who still wants to try and make the most of his time there.

I can’t really imagine anyone really wanting to live there, and it really is just a very big, over-crowded city, but I was pleasantly surprised at how courteous and polite the local New York people were – and not just the hospitality industry to whom I was perhaps overly generous with tips, and I was surprised how safe I felt there, even on their wonderful subway trains, although I must admit I didn’t get to travel after 10pm.

A few features really strike the newcomer to Manhattan such as:

I decided this trip I would travel light with my photography gear – so no tripod, only one camera – my Panasonic GH-1 Micro Four Thirds camera, no external flash (in fact I never used flash once), and on each day, only carried 2 lenses which were used for 99% of my shots – the Lumix 14-140mm kit lens for nearly all of my outdoor daytime shots, and the Leica-D Four Thirds 25mm f/1.4 lens for all indoor (art gallery) and evening/night shots.

This worked perfectly for me and I never found myself wanting something different.

This image was taken in Times Square in the evening where there is an area of seating for people to watch other people and the advertising, or perhaps just to take a break. 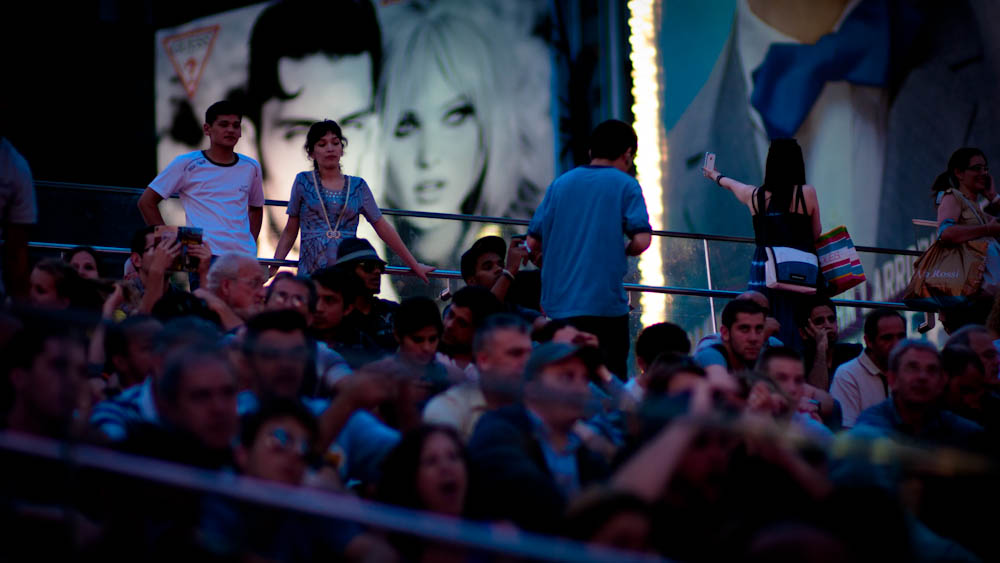 Highly recommended is the Harbour Lights cruise by Circle Line 42 – this shot of Brooklyn Bridge and downtown Manhattan shows contruction on one of the new World Trade Centre towers in the background: 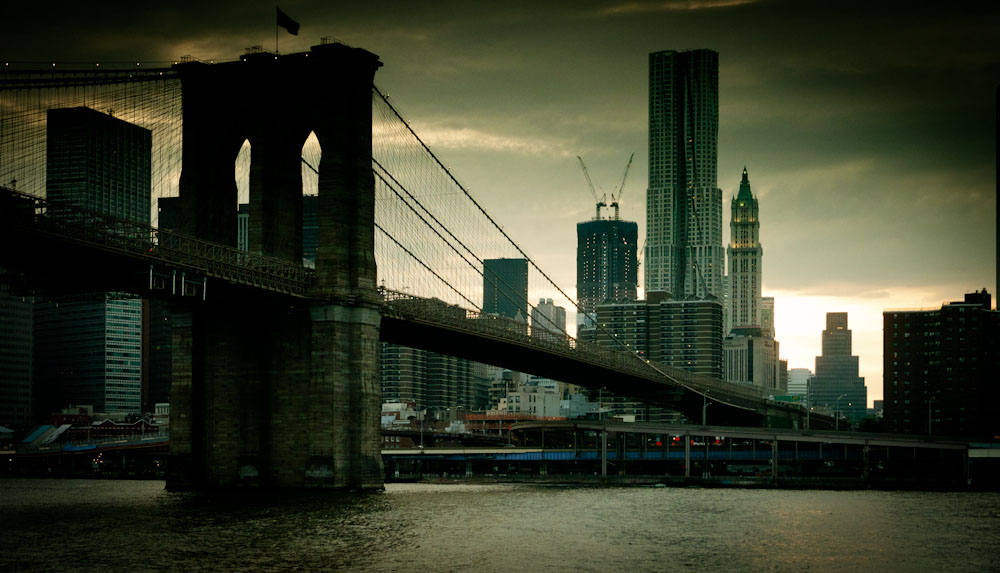 No trip to New York for first timers would be complete without walking over Brooklyn Bridge – just catch the subway to the Brooklyn side and walk back towards Manhattan – I would recommend early morning to avoid the midday or afternoon sun which will make you hot in June: 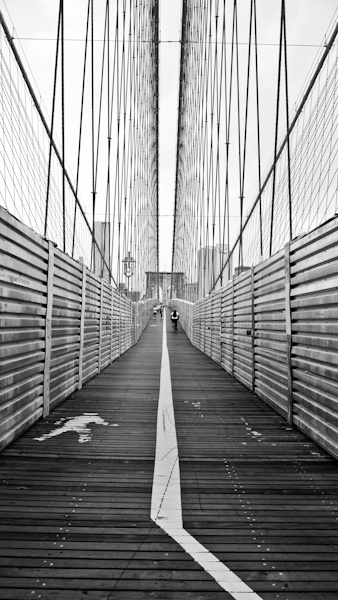 Best of all, just walk and walk, exploring Manhattan, here is some urban grunge on 8th Avenue: 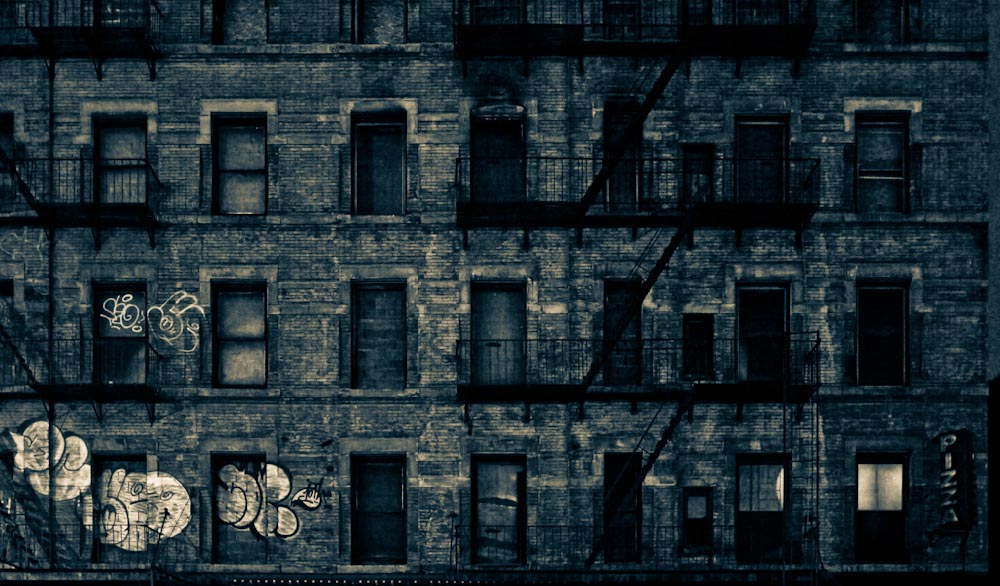 on to Part II