The transit of venus across the sun is quite a rare astronomical event happening on paired events each century or so.

I captured the 1st of this paired event in June 2004 whilst I was in Cairns in northern Queensland, Australia using the only digital camera I had at that time – a hand held Olympus C8080WZ 8 megapixel prosumer camera with a teleconverter attached and an astronomical solar filter – here is a collage I made at the time: 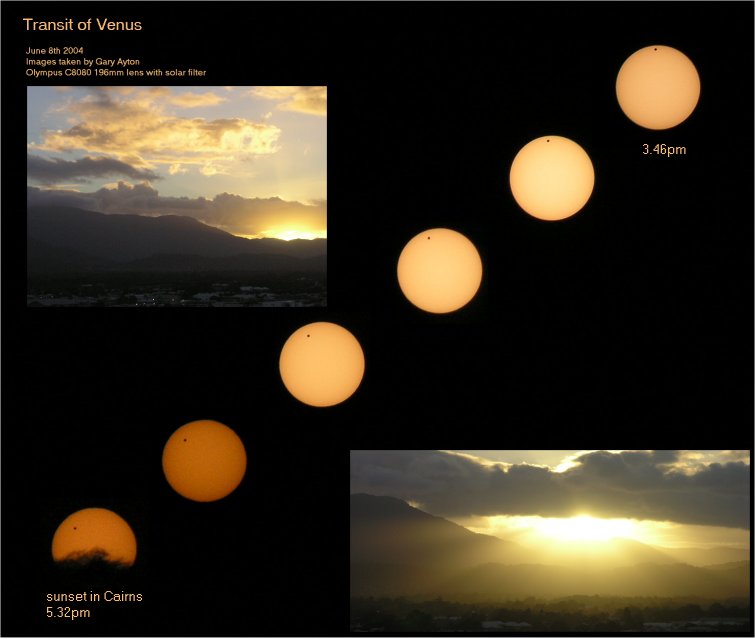 Today I decided to get a quick shot in before I had to race off to work just minutes before this event finished and none of us will see such an event again.

This time, I had the luxury of using the awesome Olympus OM-D E-M5 Micro Four Thirds camera combined with my Zuiko Digital EC-20 2x teleconverter and ZD 50-200mm f/2.8-3.5 SWD lens, and the same solar filter hanging on the end of the lens (it is way too big for this lens!)

At a 35mm effective focal length of 800mm and resorting to manual focus, a sturdy tripod with self-timer was critical to success.

The exposure I chose hopefully optimised image quality by using ISO 200, f/11 and 1/160th sec through the clouds which dominated today in Melbourne.

The image shown below is a cropped, and resized version for quick web display, you can click on it to view the original, unprocessed (except for default Lightroom export sharpening) image which has been cropped to give a nicer aspect.

The big circle is the sun with clouds in front of it, while the black dot is Venus just about to finish her transit across the face of the sun. You can also see a number of sunspots – better viewed on the large version by clicking on this image. 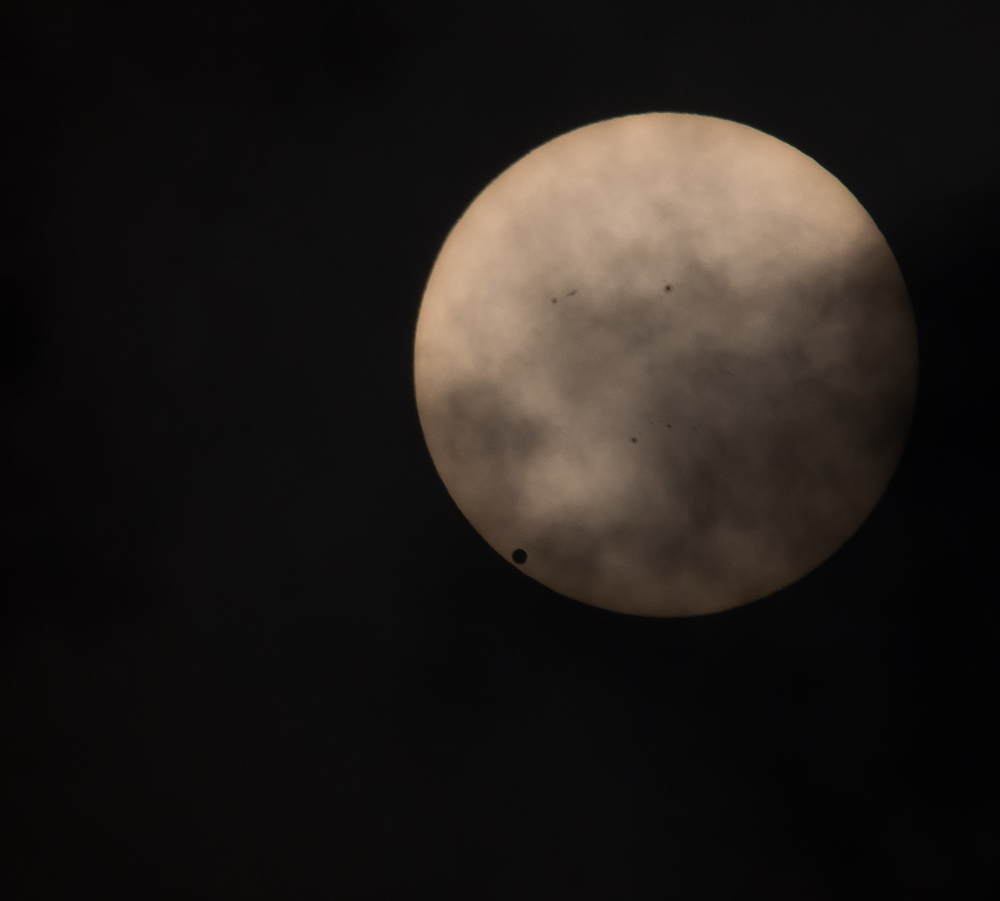