Stage V of my road trip takes us north east a few kilometres from the lovely gold rush town of Dunolly to a rather deserted, dry forest which was once the Waanyarra gold fields of the 1850’s – there is a short gravel road drive, first to the old cemetery (1856-1990), then to a picnic and camping area (byo water!), and then in a circuit past Morton’s old hut and then back on to the main highway.

When gold was discovered in Waanyarra in 1852, it was soon discovered that the alluvial gold nuggets were one of the purest in the world. From 1859-1888, large mining companies entered the field and displaced the individual miners who were to return in 1889 when the depression hit.

Waanyarra was a gold rush town in the 1850’s which consisted of 2 hotels, several stores, a school, and a post office which remained opened until the 1920’s – but there are few remains of any of these today, although the foundations of the Jones’ Creek School are still there – this school operated from 1857-1873 and had an average of 16 pupils. In 1877, a new school was built – the Waanyarra School No 1879, and in 1903, 65 students were being taught in one class room. There was a nearby cricket ground and picnic area. Other remnants can be found as one wanders through the bushwalks with a careful eye.

Some shots of the mysterious Waanyarra cemetery which is well worth a wander around for a few minutes to get a sense of the history (Olympus mZD 75mm f/1.8 lens at f/1.8). 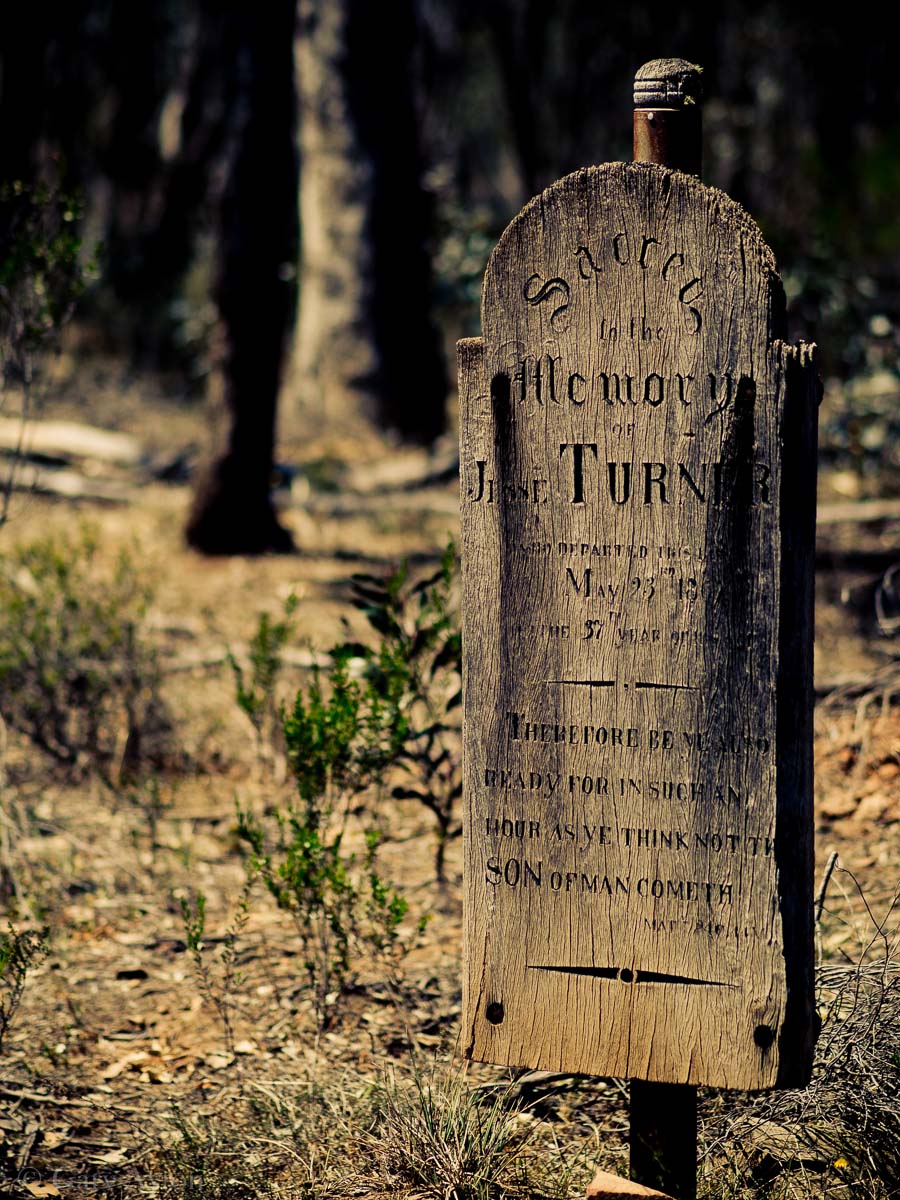 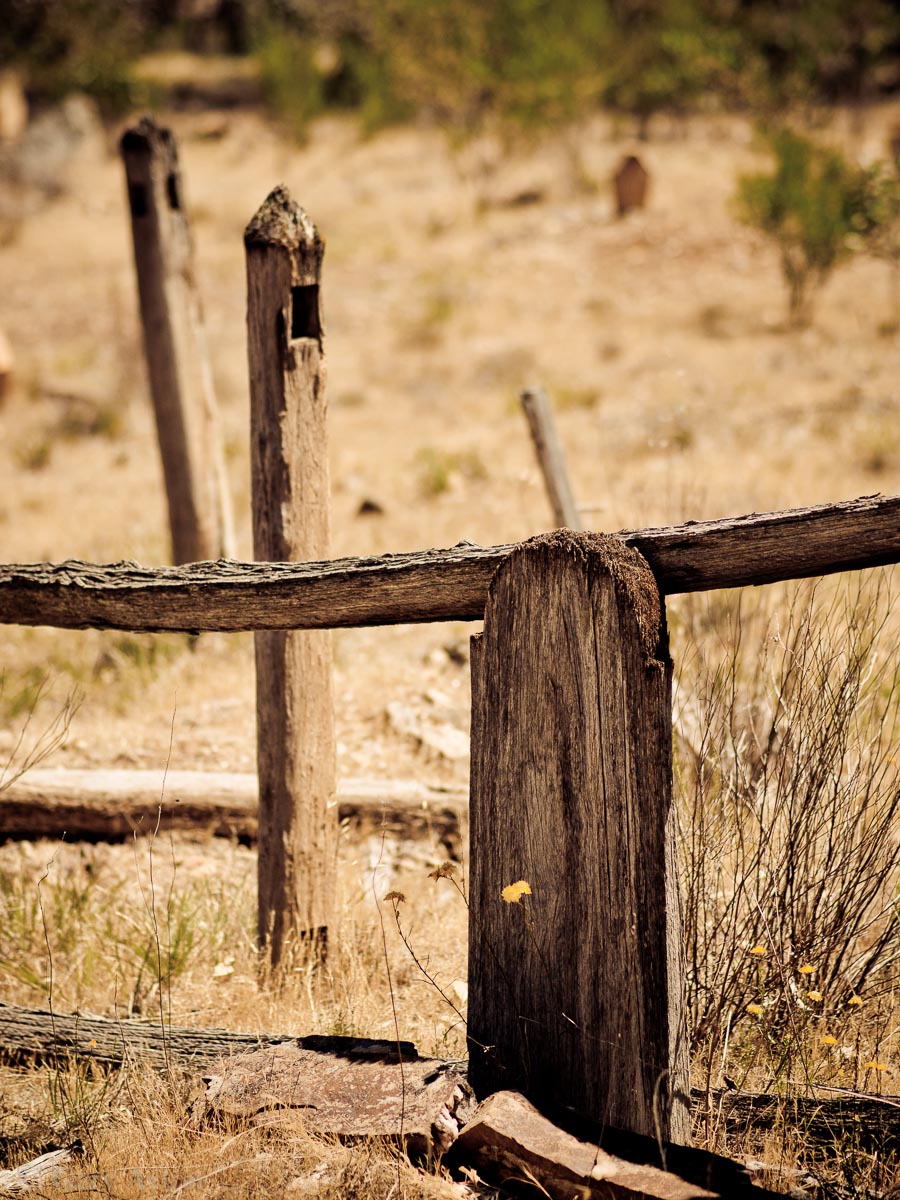 And this is the grave of one James McCoy who died in 1898 aged 82yrs and who chose to be buried with his mate William Horan who had died there in 1874 at age 46yrs: 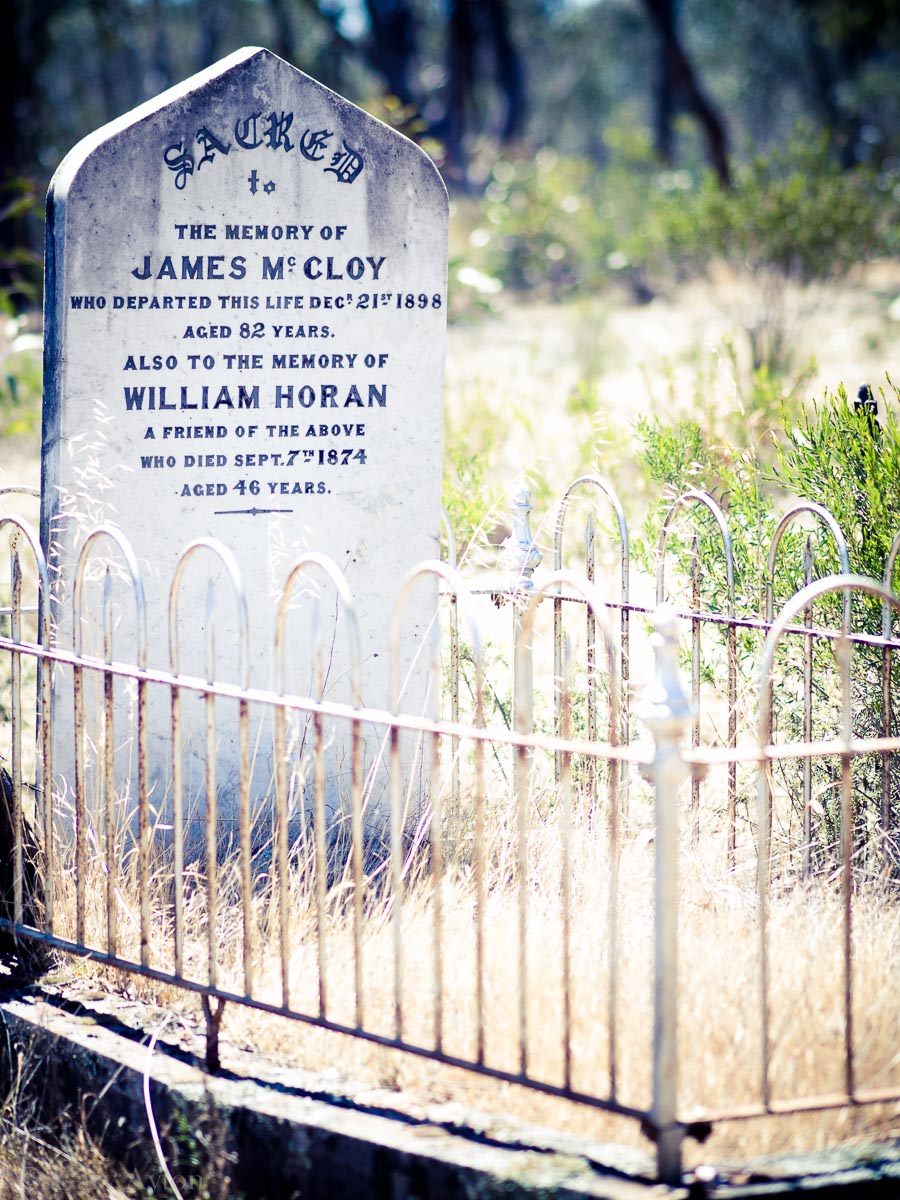 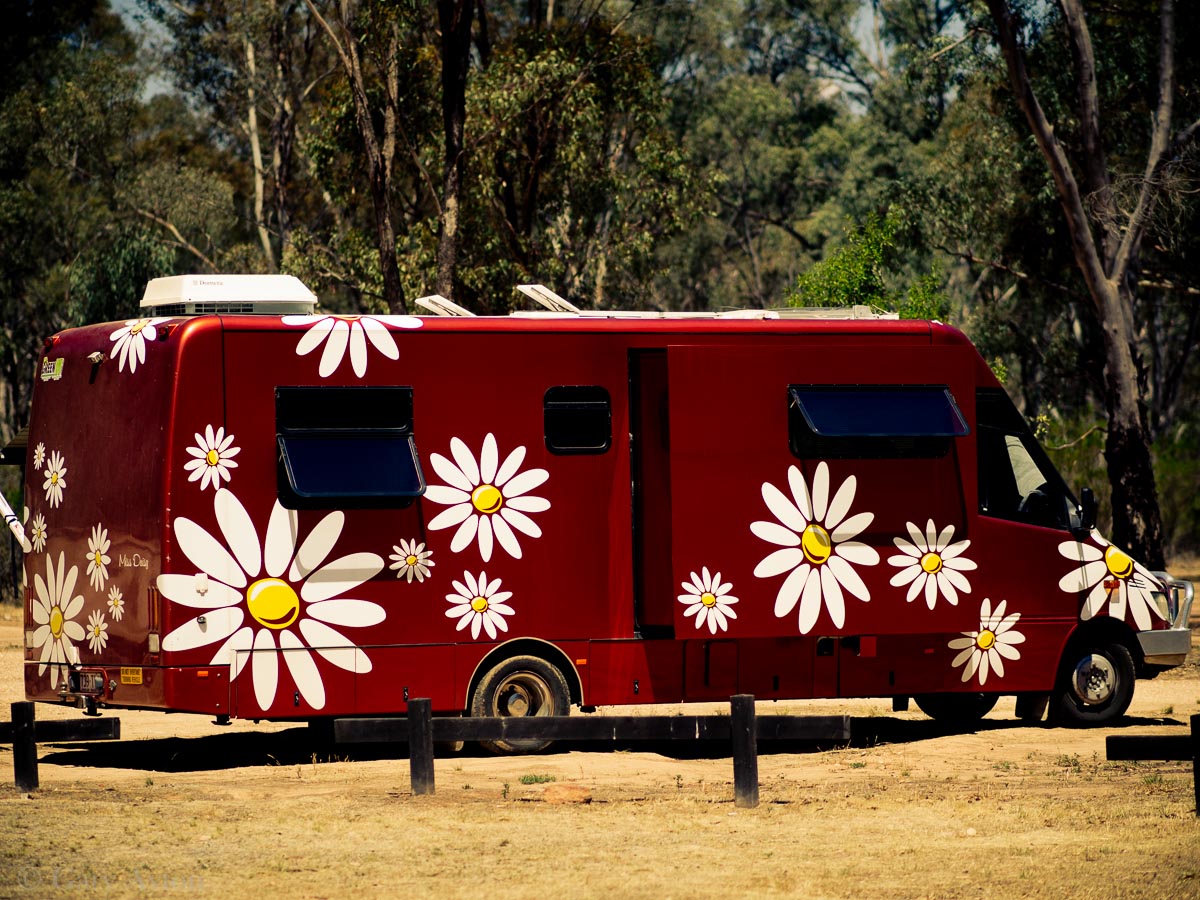 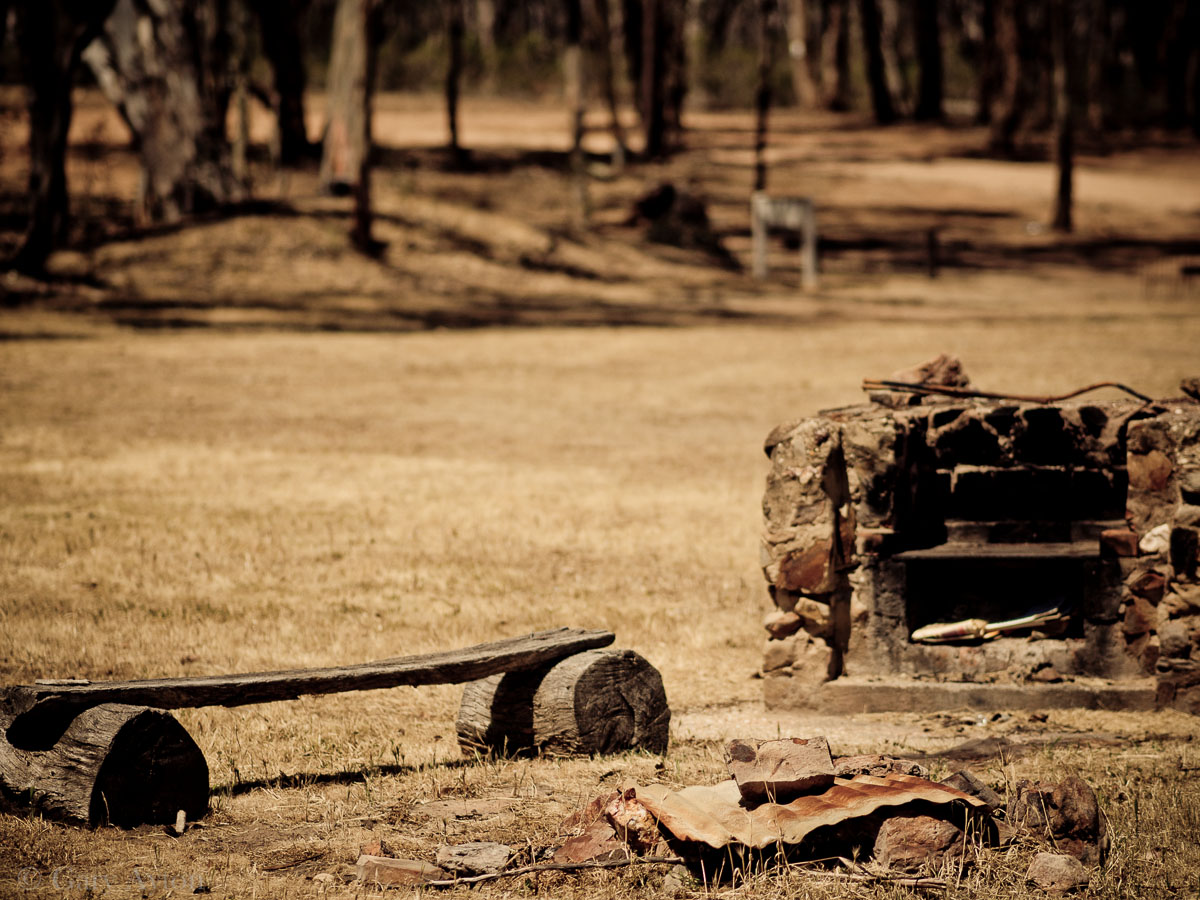 Morton’s hut was once the Welcome Inn – Morton’s Old Hotel built by the ex-convict in 1850 as a replica of his home in Ireland. The building served as a home for his family of 8, as well as a provisioning store and public bar for countless miners (Olympus mZD 12mm f/2.0 lens at f/6.3) 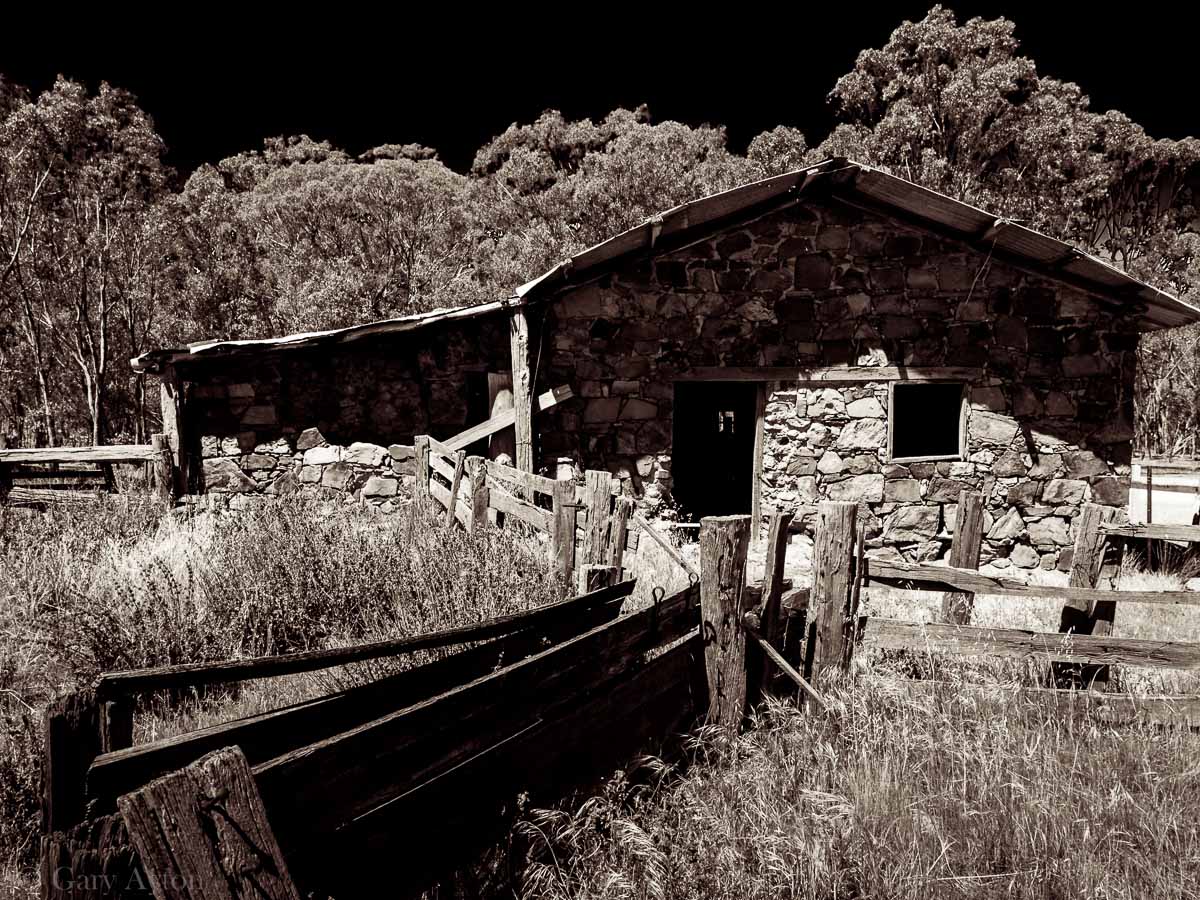 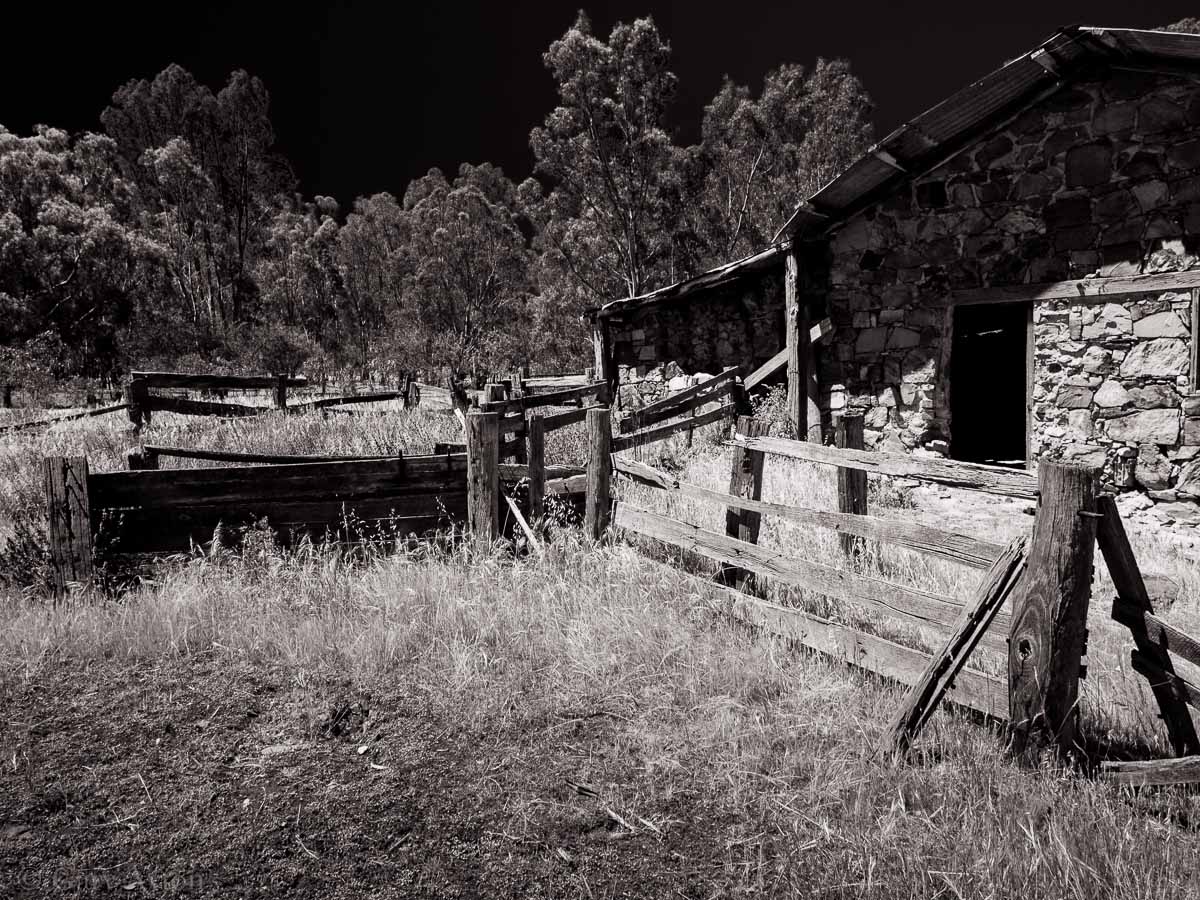 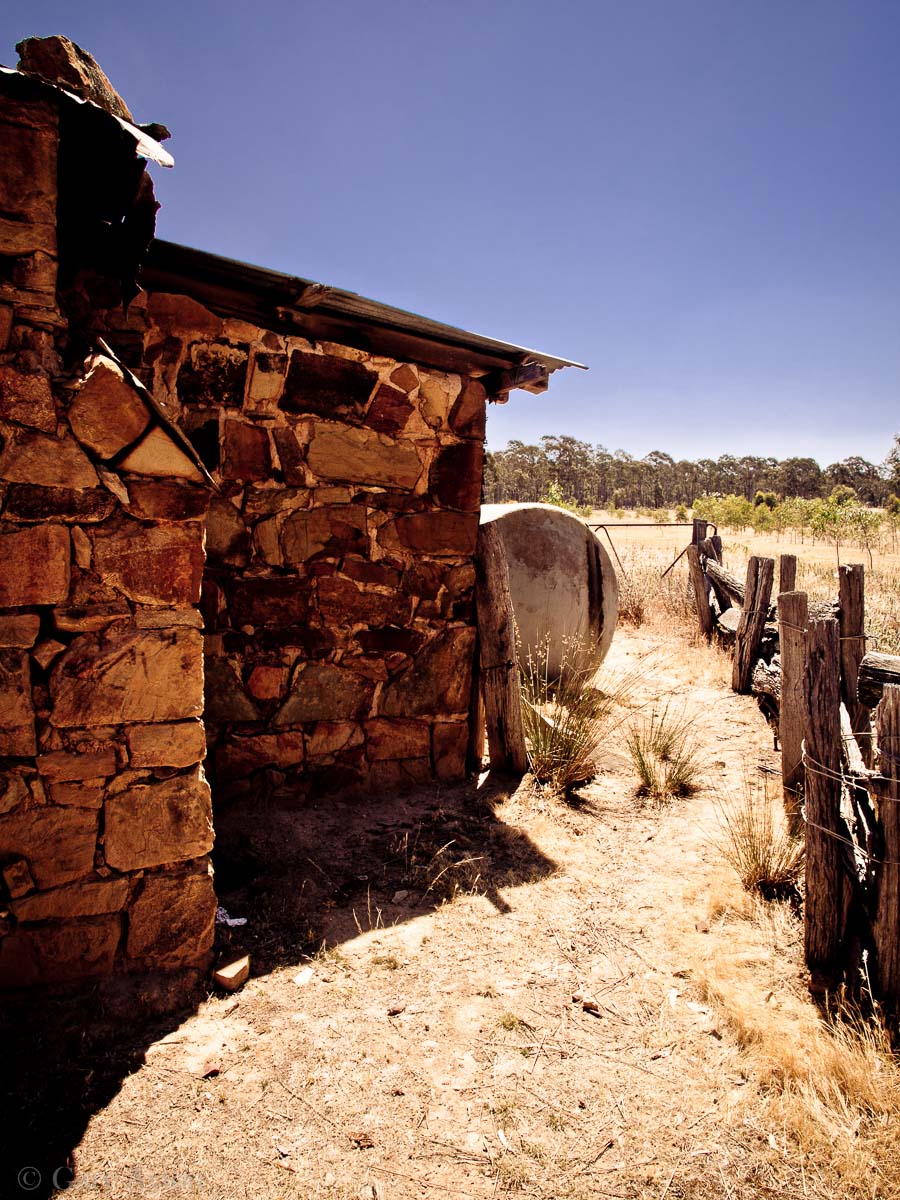 Next stop… the almost ghost town of Tarnagulla….