At last, a tilt adapter for Micro Four Thirds – make almost any legacy lens into a tilt lens!

In June last year I wrote a blog post suggesting the Micro Four Thirds system could become the ultimate tilt-shift system as its lens to sensor distance is short enough that a tilt-shift lens adapter could theoretically be made which would convert any legacy 35mm lens into a tilt shift lens, and you would get the fastest manual focus capability thanks to the mirror less live view.

Now at last, a tilt adapter has been made available for MFT from Adriano Lolli – see here. The tilt can be rotated 360 degrees, and at zero tilt, focus at infinity is still possible. 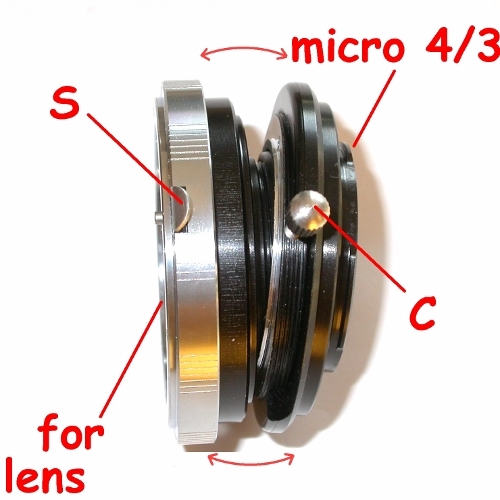 Forget your expensive Lens Baby lenses, or the extremely expensive Canon or Nikon tilt-shift lenses, if all you need is tilt and not shift, then this relatively inexpensive adapter will convert your existing legacy lenses into tilt lenses for you, and of course, if you have Olympus MFT cameras, you also have image stabilisation to boot!

This adapter should be one very popular adapter for macrophotography and creative work – it seems at present he has versions for Nikon, Contax-Yashica, Leica R, Contarex, and Olympus OM.

It would seem the adapter is not yet available but presumably one could order one?

Perhaps he has a shift adapter on the way as well?

I was notified of this adapter by one of my readers who knew I was interested in such things – his source was actually the 43rumors.com website so I add this note to give credit and to remind Four Thirds users of this excellent resource.

Some rumours posted on this site suggest to me: