I was catching a tram in the city today when a horde (is that the right word?) of Zombies doing a Shuffle descended on the good folk of Melbourne and luckily for me, having left my Canon 1DMIII at home because it was too heavy, but had my Olympus E510 with ZD 50mm f/2.0 macro and ZD EC-20 2x teleconverter with me.

So I thought I would make the most of the photo opportunity and joined the dozens of other photographers and decided to shoot these amateur Zombies. 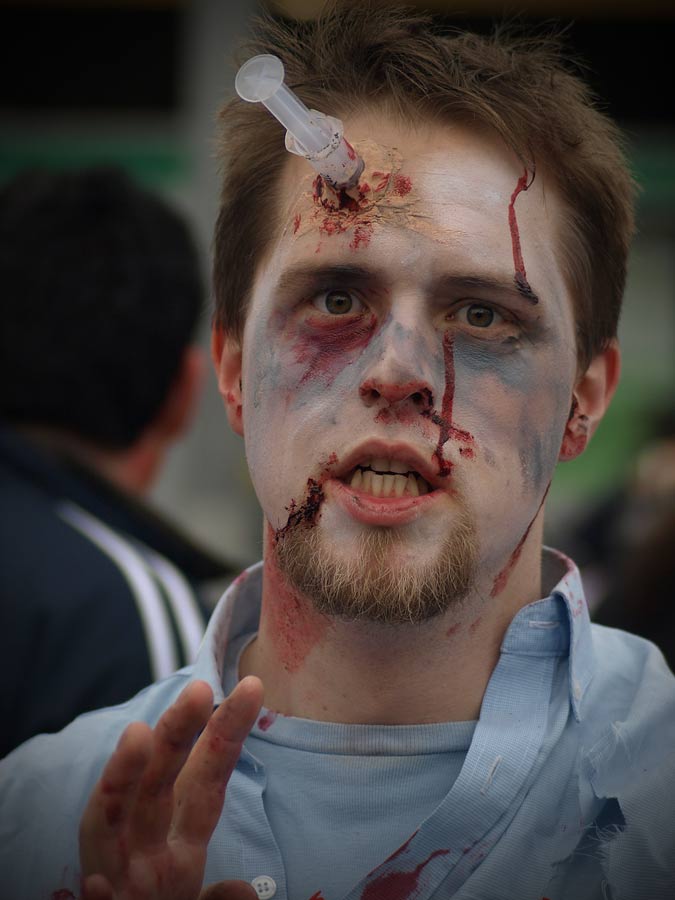 Check out the rest here:

Although I love the 50mm plus EC-20 combination, shooting these constantly moving targets (they were far too fast-moving for Zombies!), was a challenge for this combination’s autofocus and the extremely narrow depth of field I was shooting at meant only a few were caught at their sharpest. As I did not have time to loiter and be a bit more persistent, I decided to accept those that I got and move on.

I am sure the E-620 with its additional AF points would make C-AF mode much more useful, but I am still waiting for Olympus to update their 50mm macro lens to include SWD, contrast-detect capability compatible with Micro Four Thirds, and focus range limiters. Please Mr Olympus, get your act in gear, I love this lens so much but I need it to AF better.