Those visiting London for the Olympic Games in the apparently atypical very wet “Summer”, should make sure they take the time to visit the wonderful British Museum – it’s free entry, out of the wind and rain, and unlike the London art galleries, you can use your camera – all the better if you can use a wide aperture prime lens with image stabilisation as I did by using the brilliant new Olympus E-M5 Micro Four Thirds camera with the Olympus 45mm f/1.8 portrait lens which allows even the darkest areas inside glass enclosures to be photographed without using a flash.

Be aware though that the E-M5 has so much dynamic range that you will probably want to shoot RAW and increase contrast in post-processing as I have done to most of these.

You may wish to set custom white balance in the camera in the variable museum light sources as most subjects do not have a neutral colour to use later on, but if shooting RAW, you can adjust WB to your heart’s content which I did for some of these just for fun.

The British Museum (the only photo in this post taken with the Olympus 12mm f/2.0 lens): 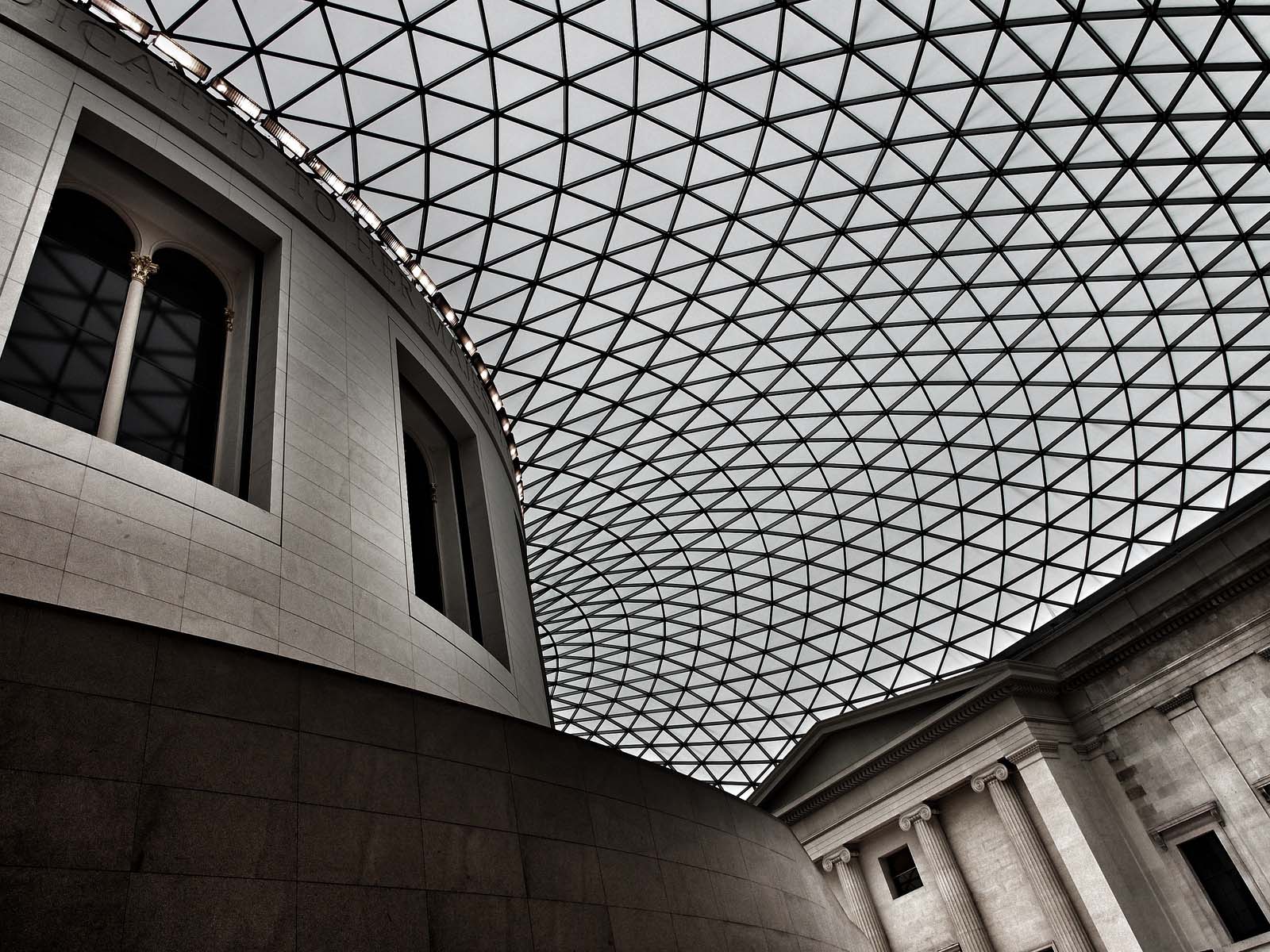 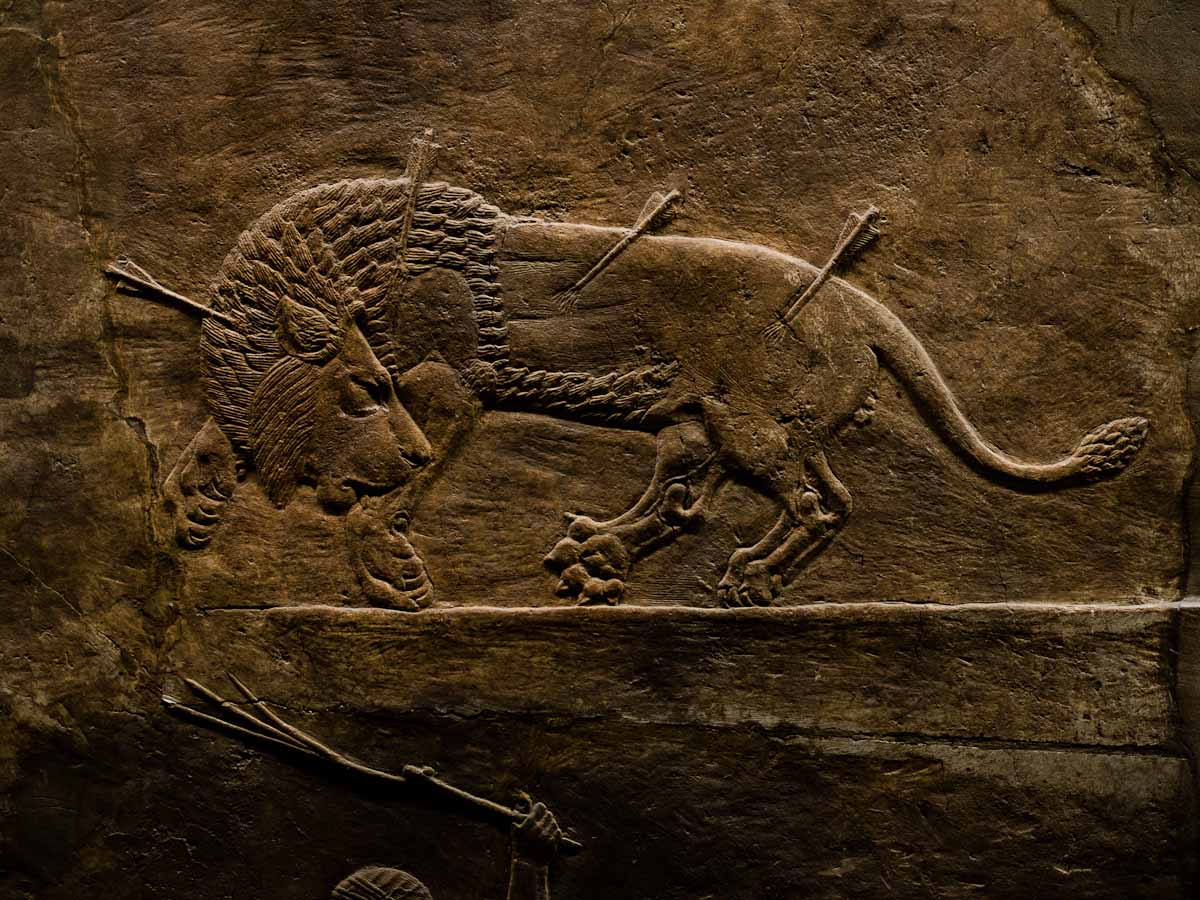 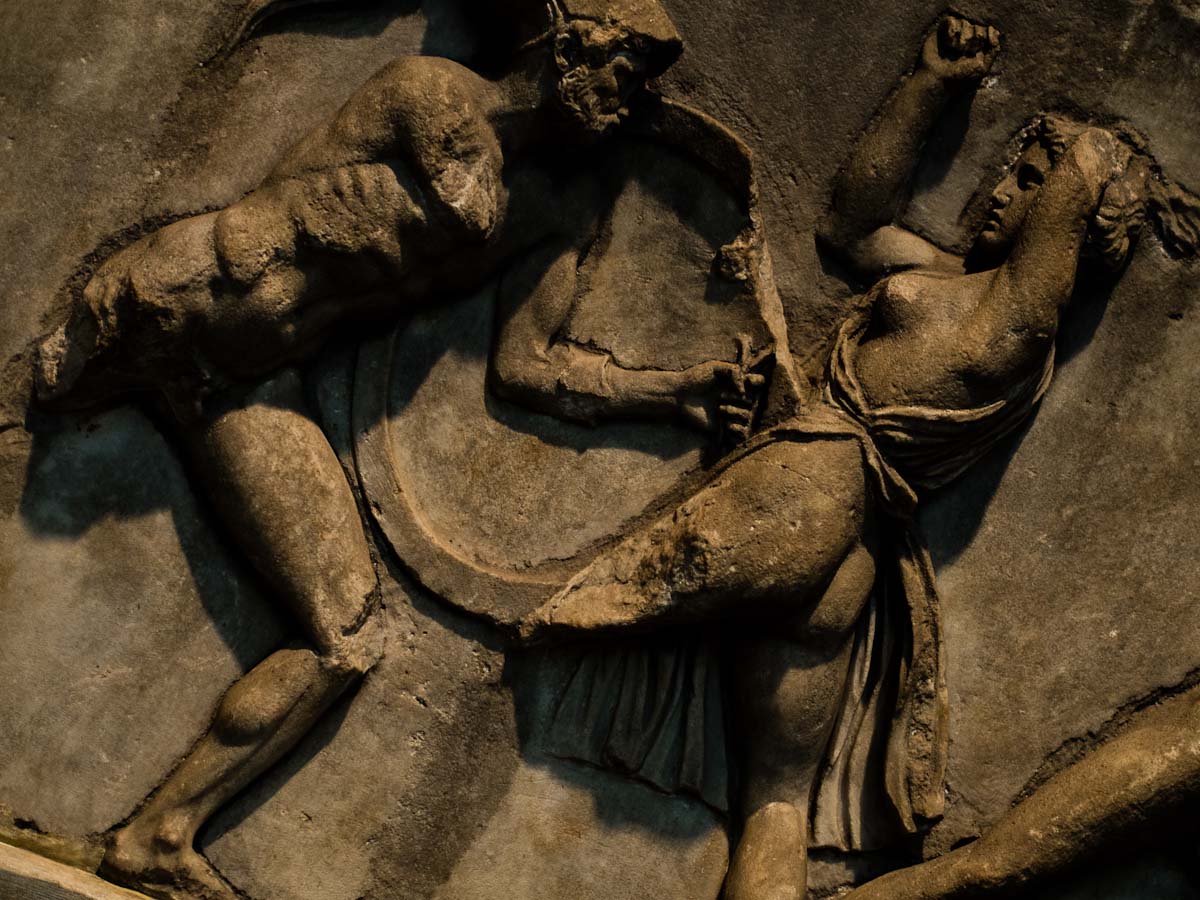 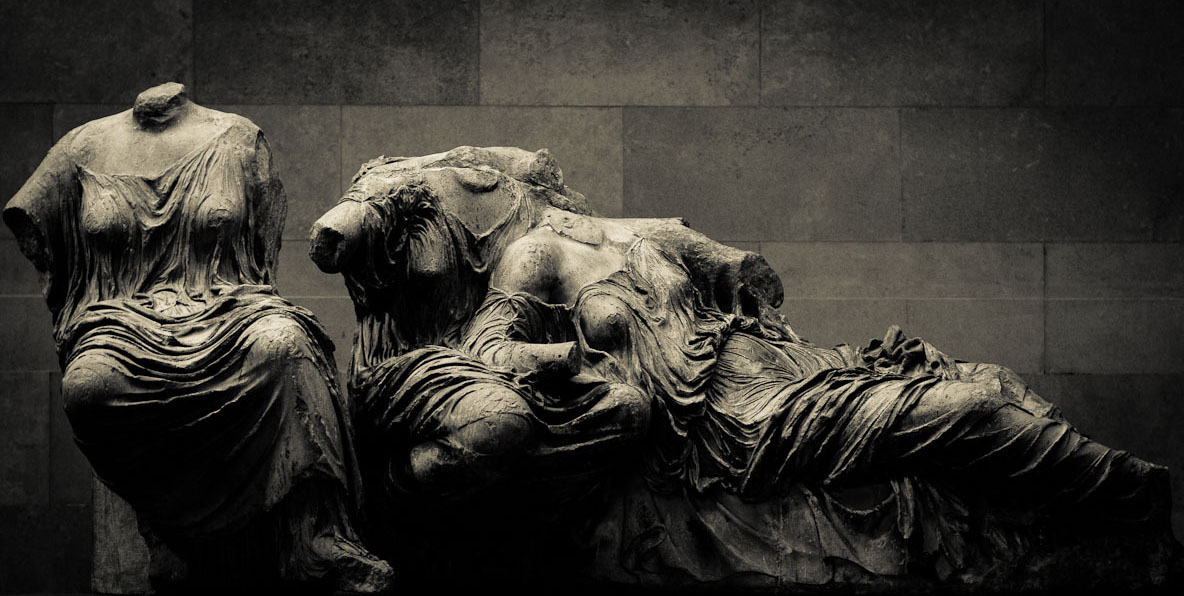 Bust of Zeus in the library, from Roman Emperor Hadrian in Tripoli: 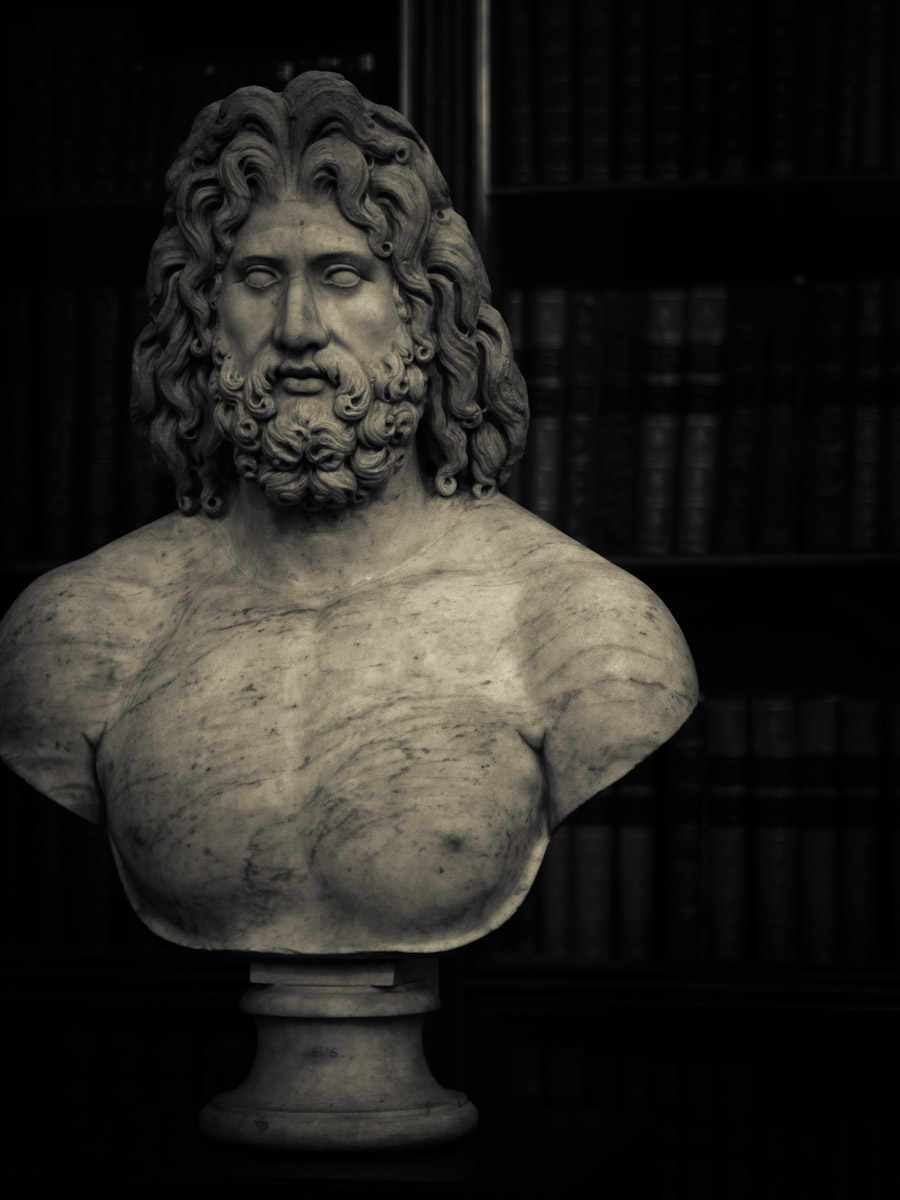 Skeleton in an Egyptian coffin c3000 BC – placing a body in a coffin resulted in decay and loss of soft tissues as the body was no longer in contact with the drying effects of the sand, this practice apparently started around 3,000 BC: 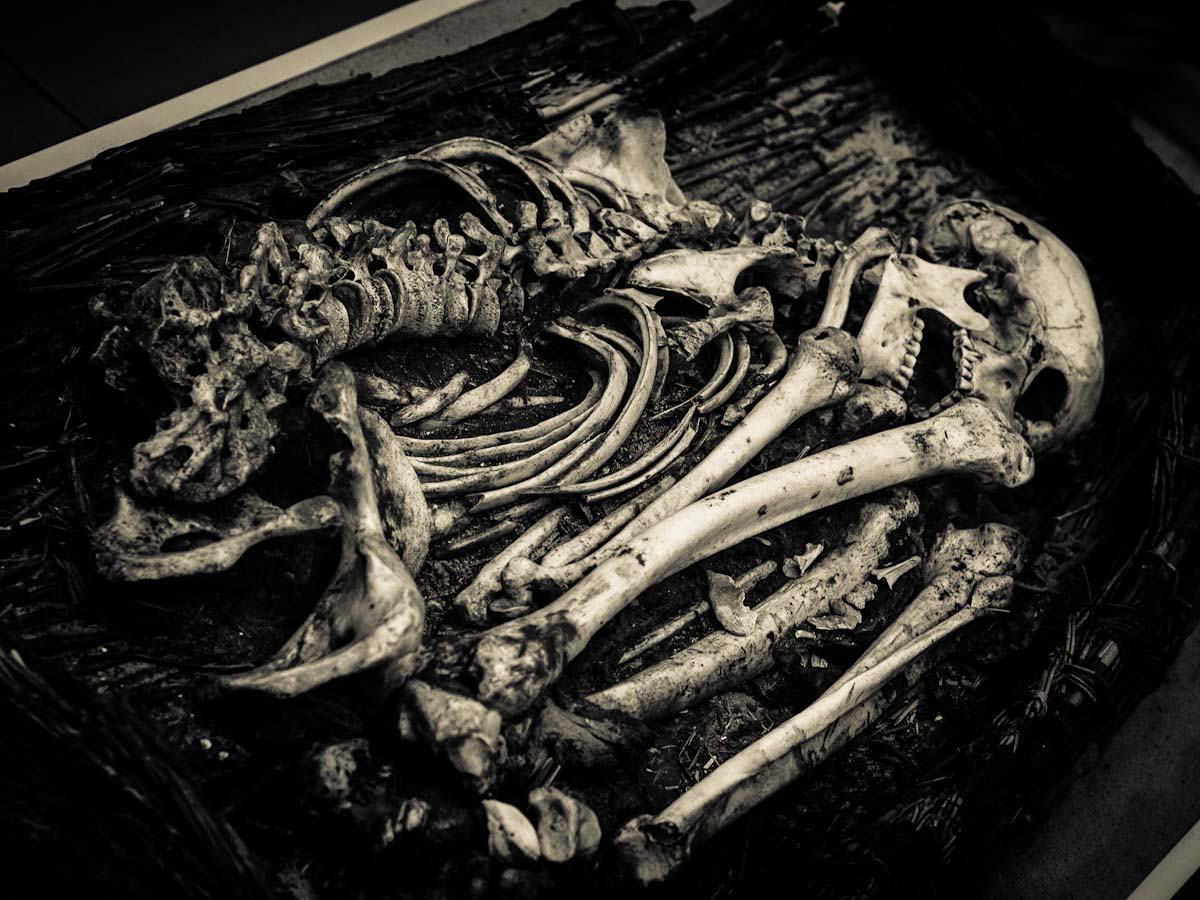 There is also a nice selection of etchings by Pablo Picasso such as this one of 4 nude women with a sculpture made in 1934: 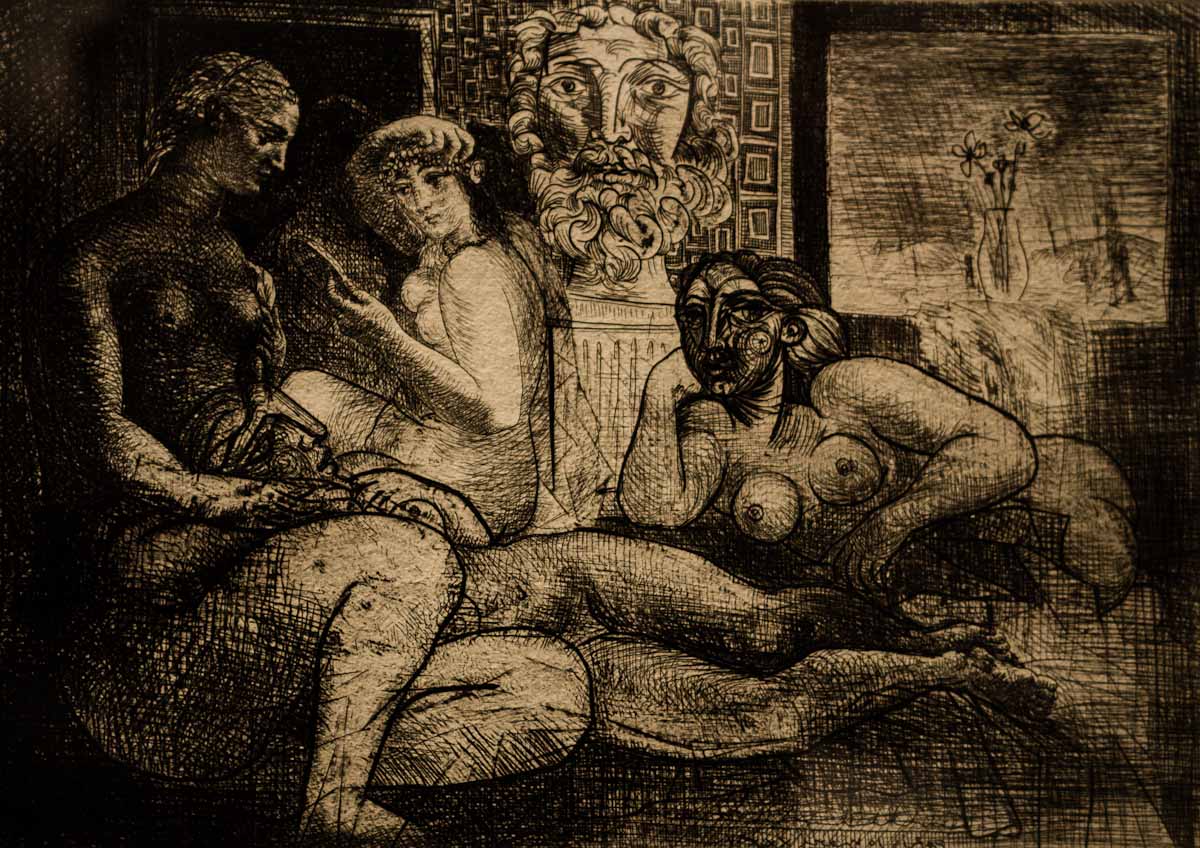 And a very difficult to photograph large Epifania Cartoon made by Michelangelo in 1550-1555 using black chalk: 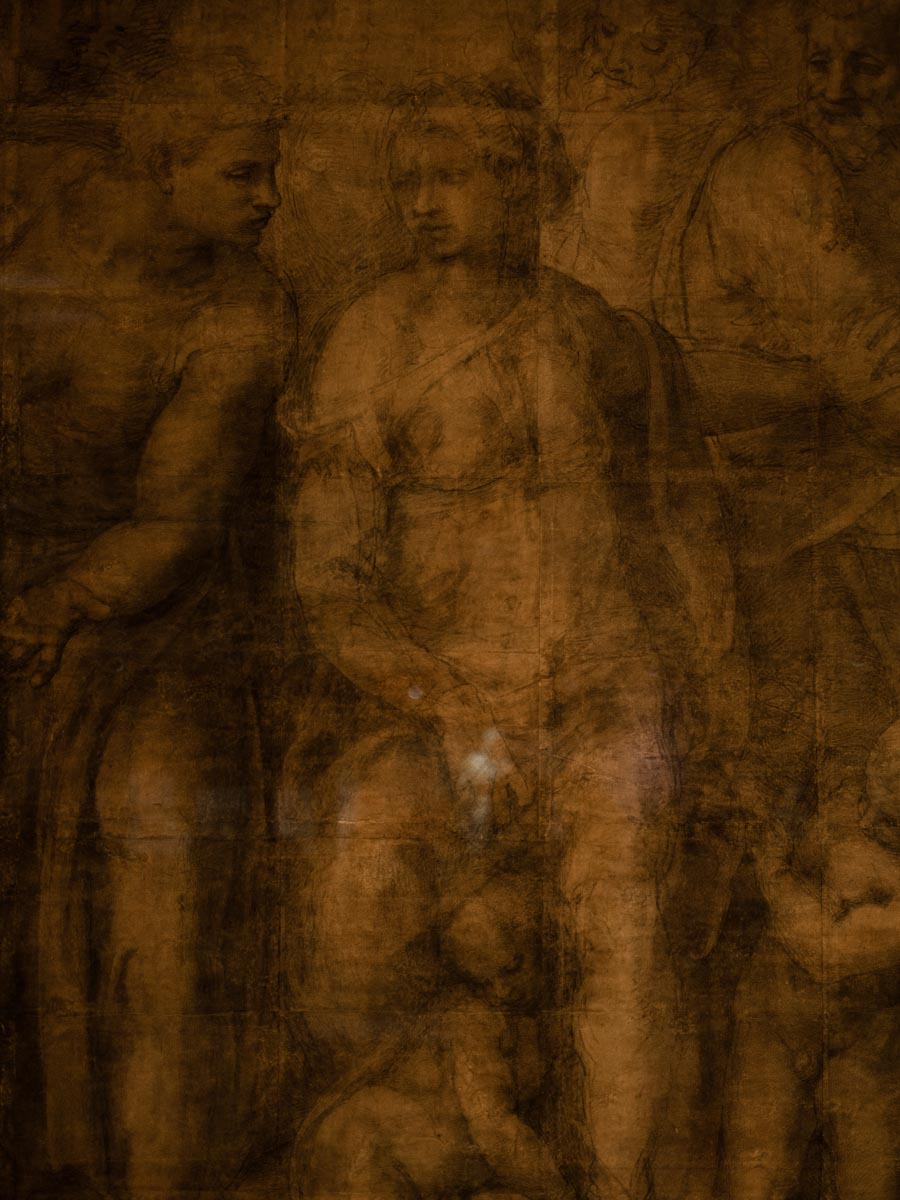 There is so much more to see at the museum, it was a fascinating day well spent – don’t forget to take a break and get some lunch at one of the many cafe’s in the adjacent district – I found a lovely French one where the waitress actually made some proper coffee – almost unheard of in England!