This week I had the good fortunate to have a day off from work so I could buy a ticket for the HiSense Arena at the Australian Open Tennis and as usual I take opportunities like this to test out my camera gear and hopefully get some shots that portray the ambience of the occasion.

If you have read my blog posts or wikipedia articles on mirrorless cameras which includes Micro Four Thirds cameras such as the wonderful Olympus OM-D E-M5 camera, you will quickly realise I keep repeating that as good as they are, they do NOT autofocus on fast moving subjects and do NOT do AF tracking of a moving subject as well as a dSLR camera with true phase detect AF systems.

So why am I taking such a camera to a sports event?

There are many great reasons why an E-M5 camera is better than a dSLR for the tennis:

Now for the issues and how I managed them or would like to manage them: 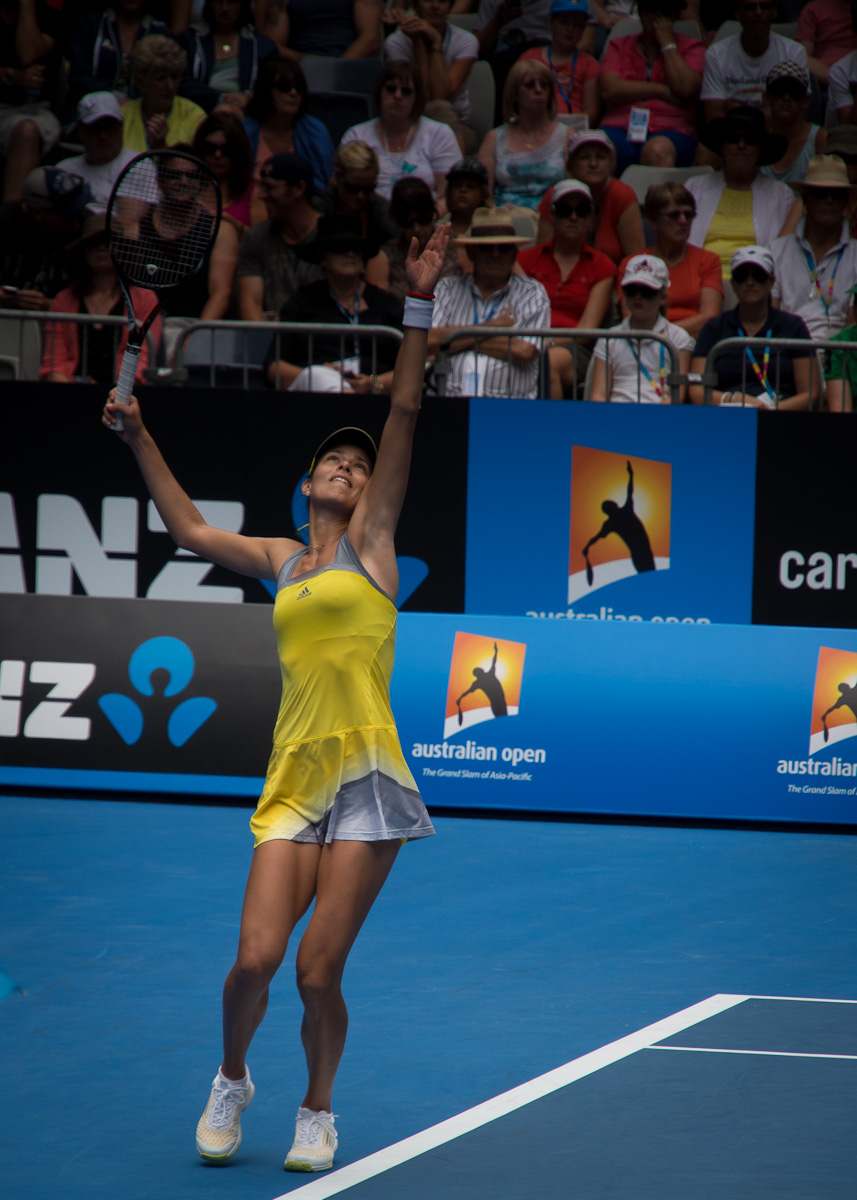 Ana Ivanovic powering her way through: 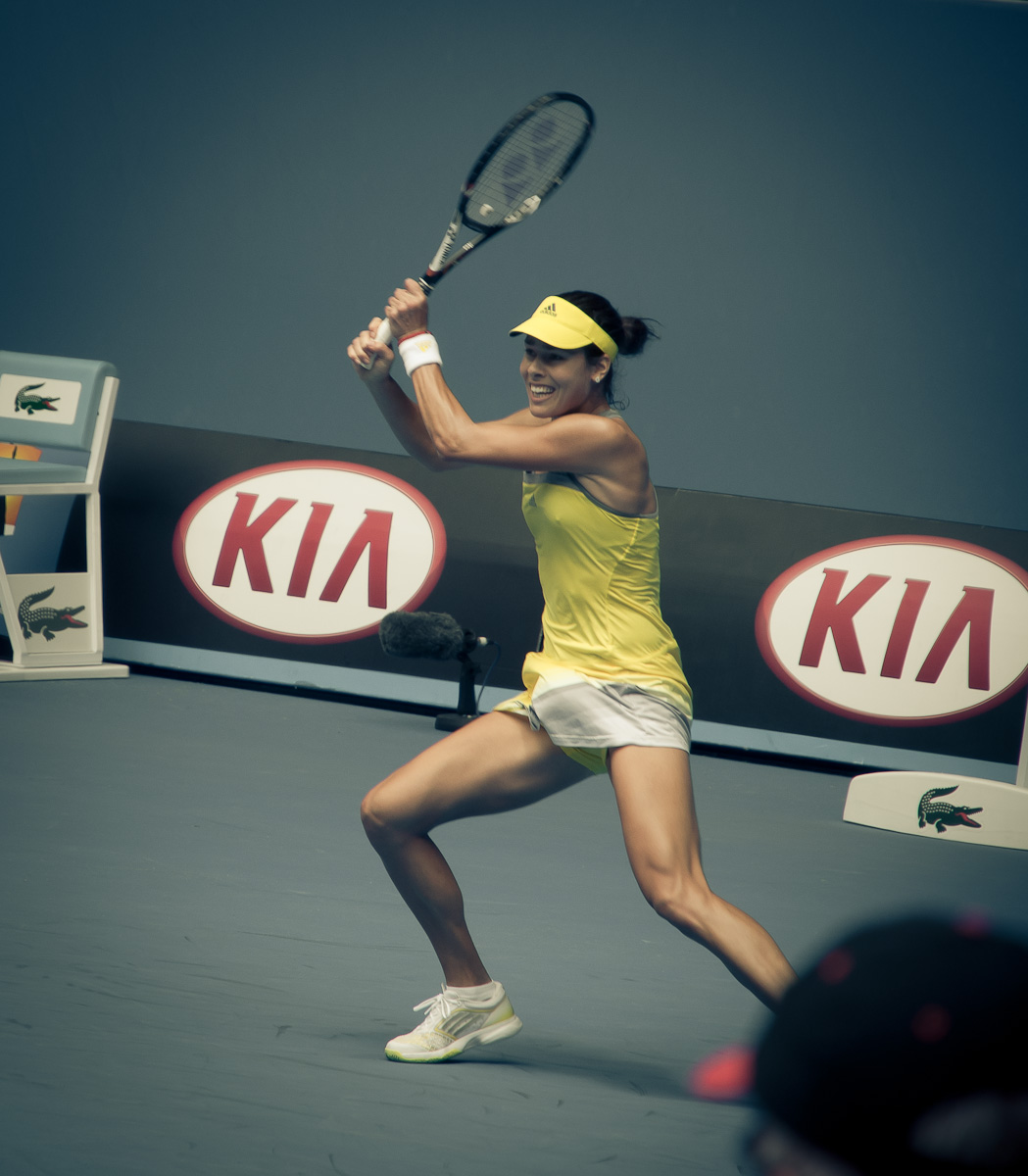 The joy of hitting a winning shot, but then Ana looked like she was enjoying the whole game – her wonderful smile was always there! 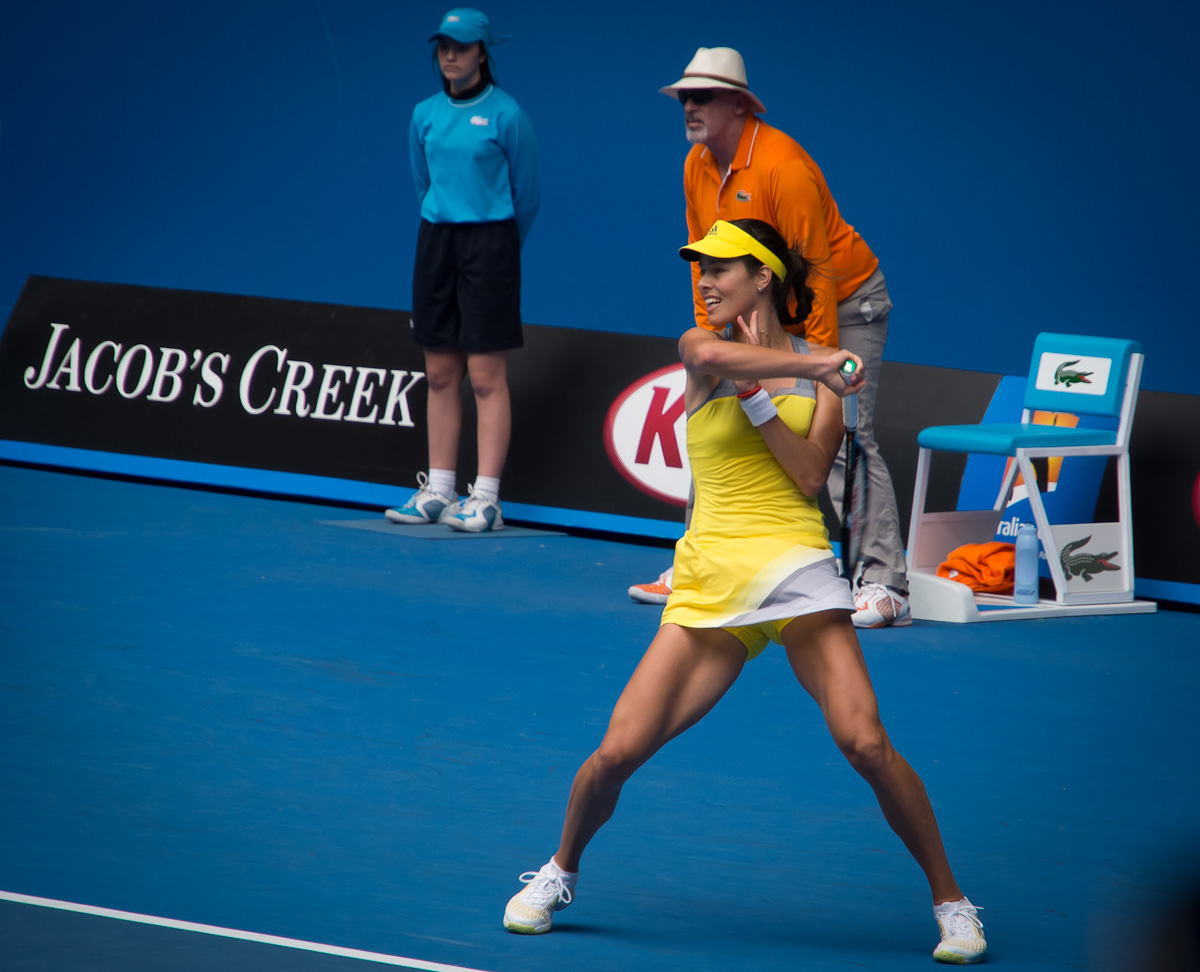 Ana Ivanovic pumped up after finishing off a winning set: 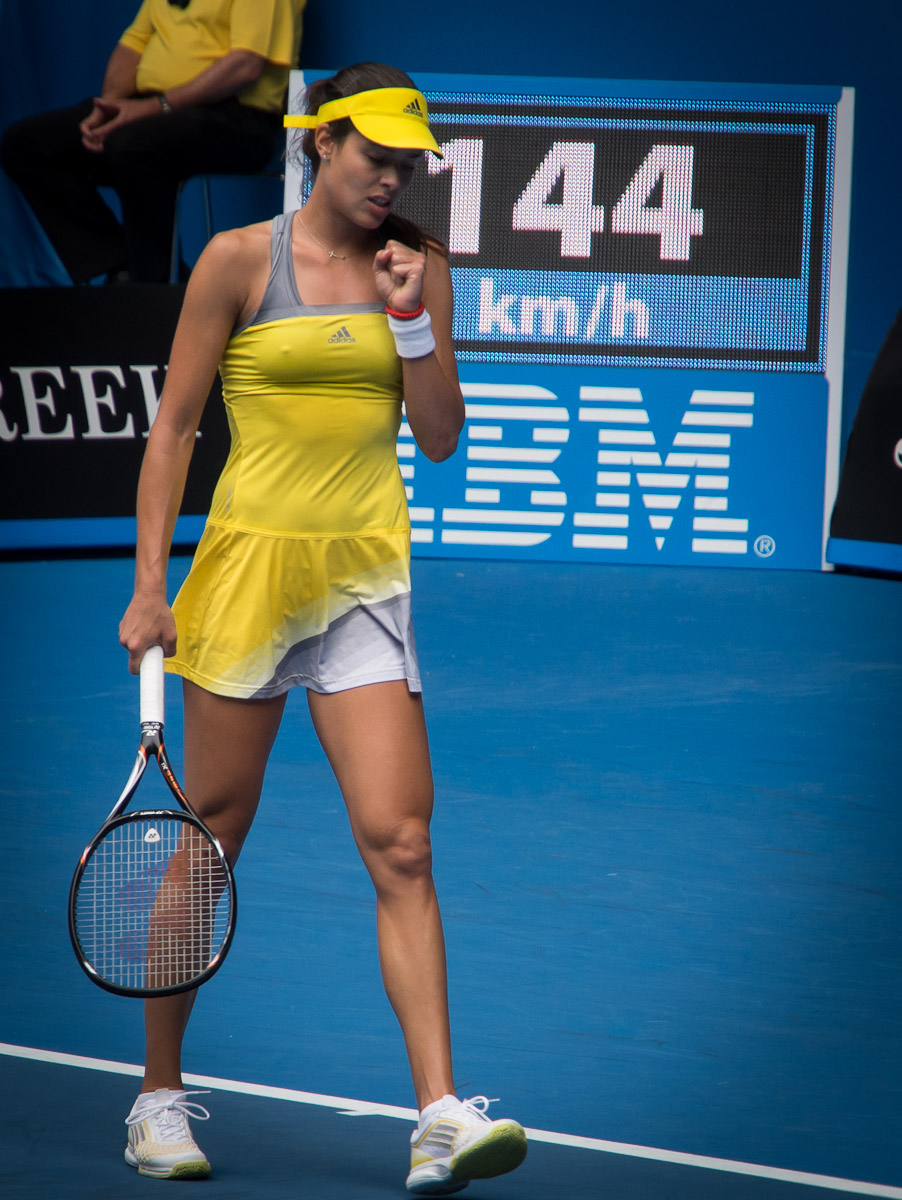 When you need a break from the stadium, it is time to swap lenses to the awesome Olympus 75mm f/1.8 and go for a walk to the other courts where you can get closer to the action and shoot some iconic shots on the way:

Note, I turned off the burst rate when on these courts close to the action as I didn’t want to distract the players with noise – even though the E-M5 is very quiet it is audible at 9fps – although perhaps the players would not notice it from 5-10m away. 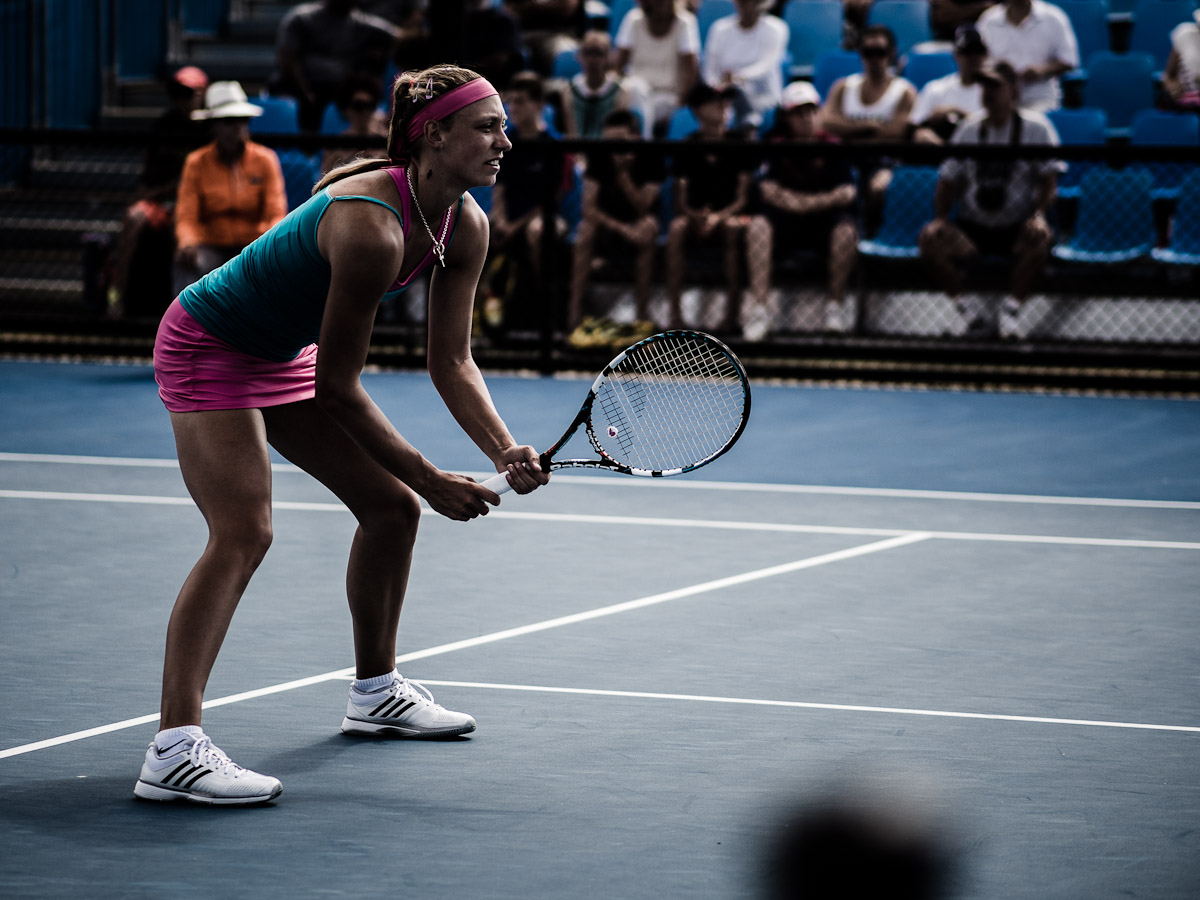 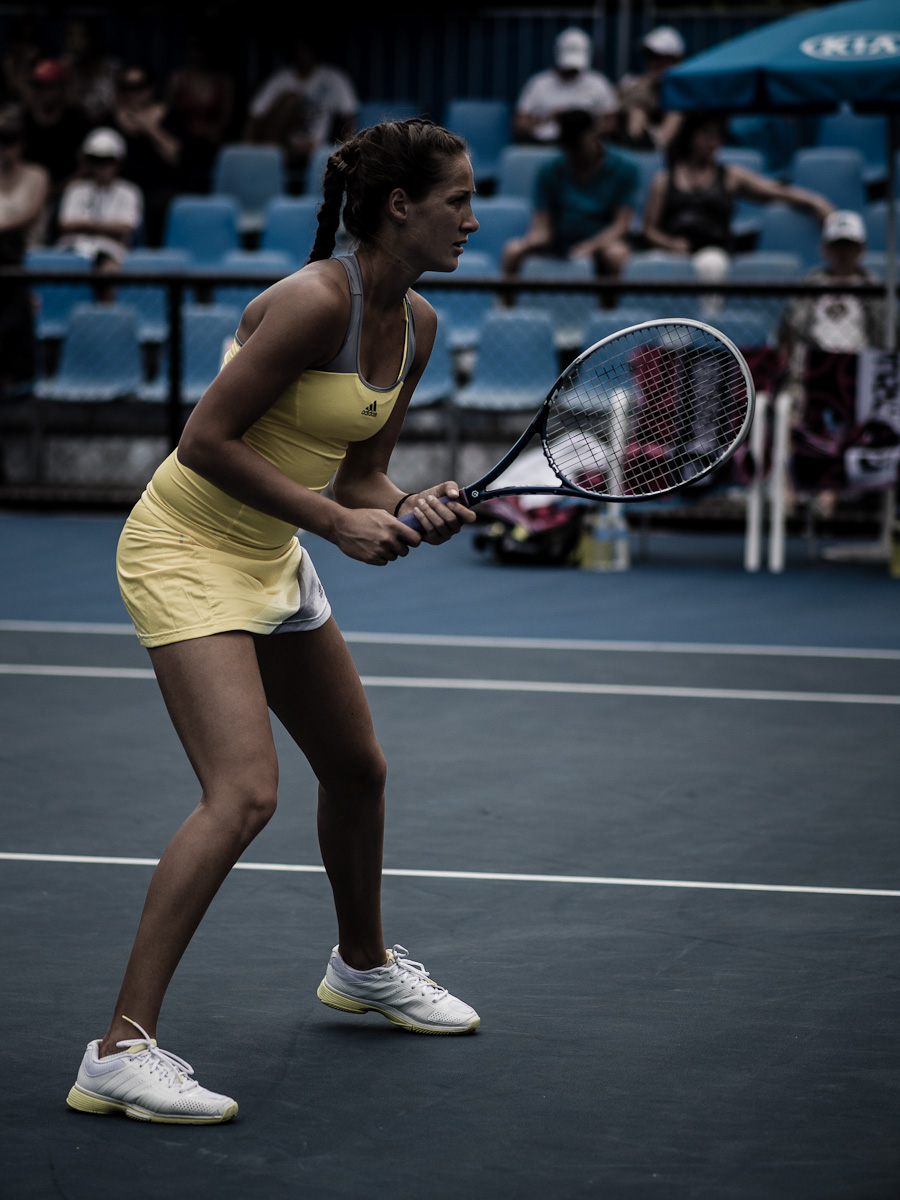 Thought this promo girl was from Skin Cancer Australia stand advising that tanning is not healthy – it gives old guys heart attacks, or at least the poor guy inside this promotional Wilson tennis ball: 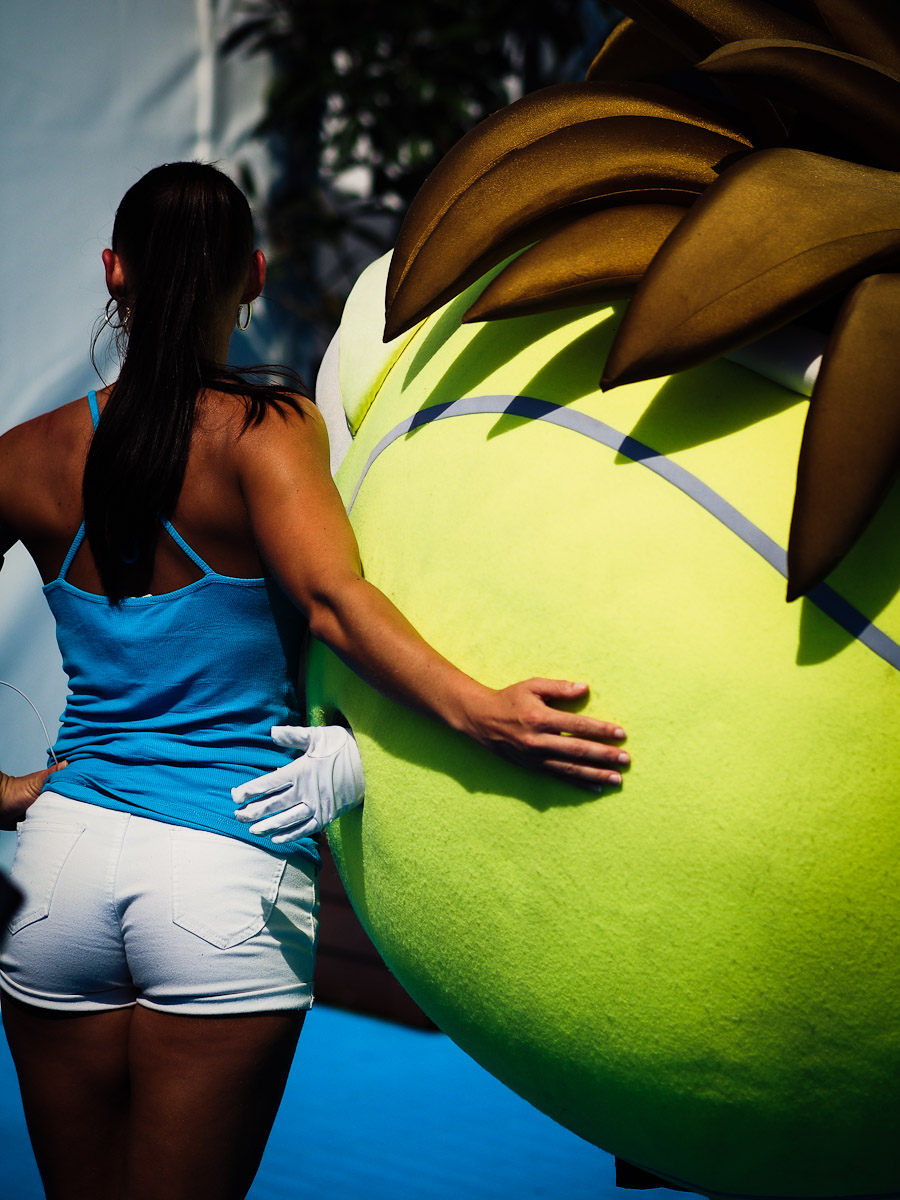 But not everyone attending the tennis wore skimpy shorts: 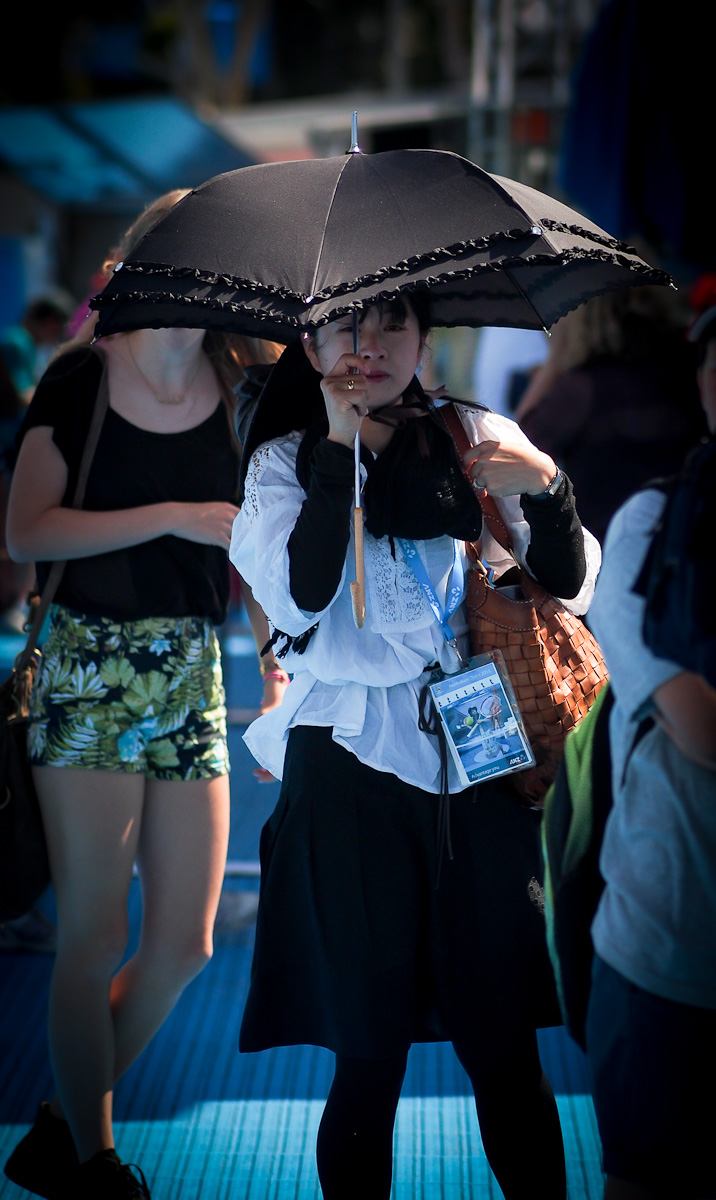 On the way back to the trains at Federation Square, a chap in overalls was chillaxing in the late afternoon sun watching the tennis on the big screen Melbourne style: 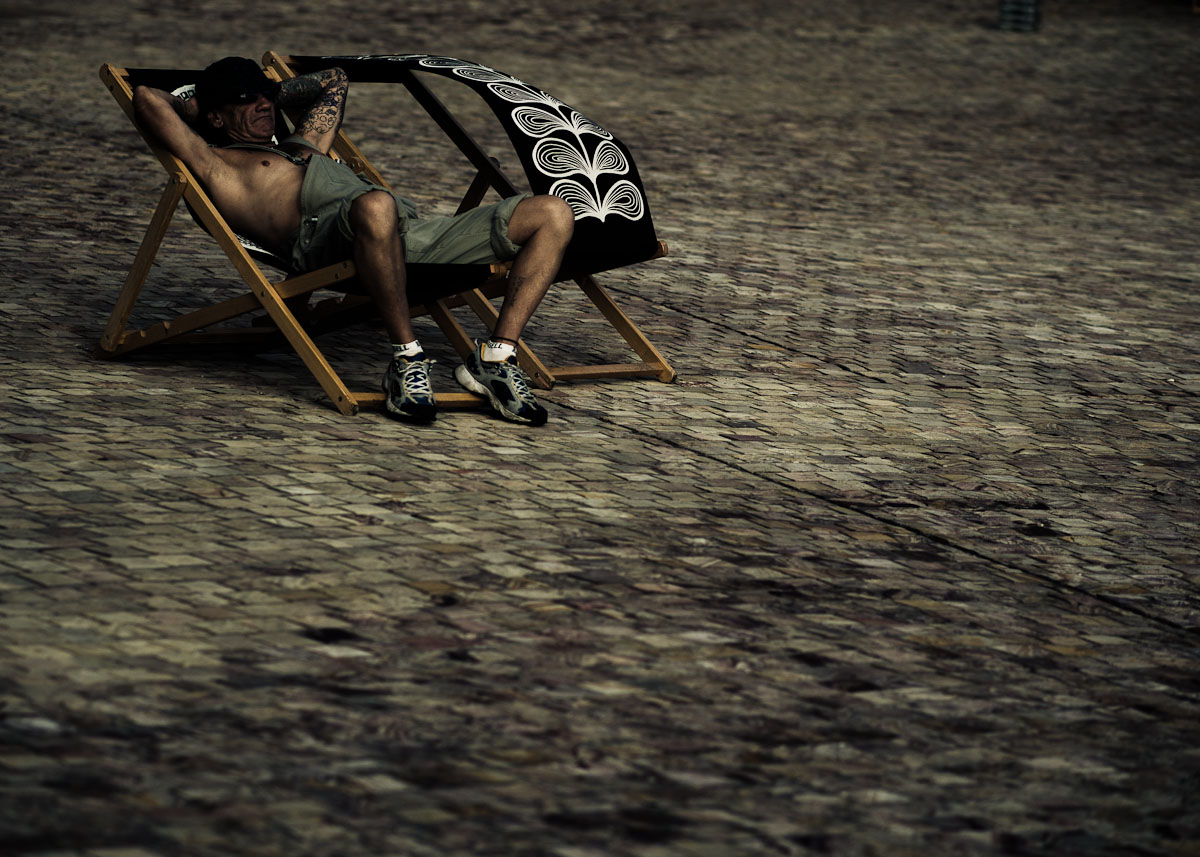 Hopefully these tips have been useful, cheers.