Stage II of my road trip was Maryborough – the geographic centre of the “Golden Triangle” of the 1850’s gold rush and a great place to base one’s explorations of the nearby ghost towns.

The region was initially settled by the Simson brothers as a sheep station called Charlotte Plains in the 1840’s when the squatters took up grazing runs throughout Victoria.

Gold was discovered in 1854 as part of the Victorian Gold Rush which led to the development of the township and population is said to have hit 30,000-50,000 and now sits around 7,000 and is consistently ranked as the most socially disadvantaged local government area in Victoria although this ranking is perhaps because it has no pockets of wealth to help mask the poverty as do most other areas. Perhaps only 6 or so houses had been notable for their wealth

One should also ensure they visit the heritage museum at Worsley Cottage (built 1894): 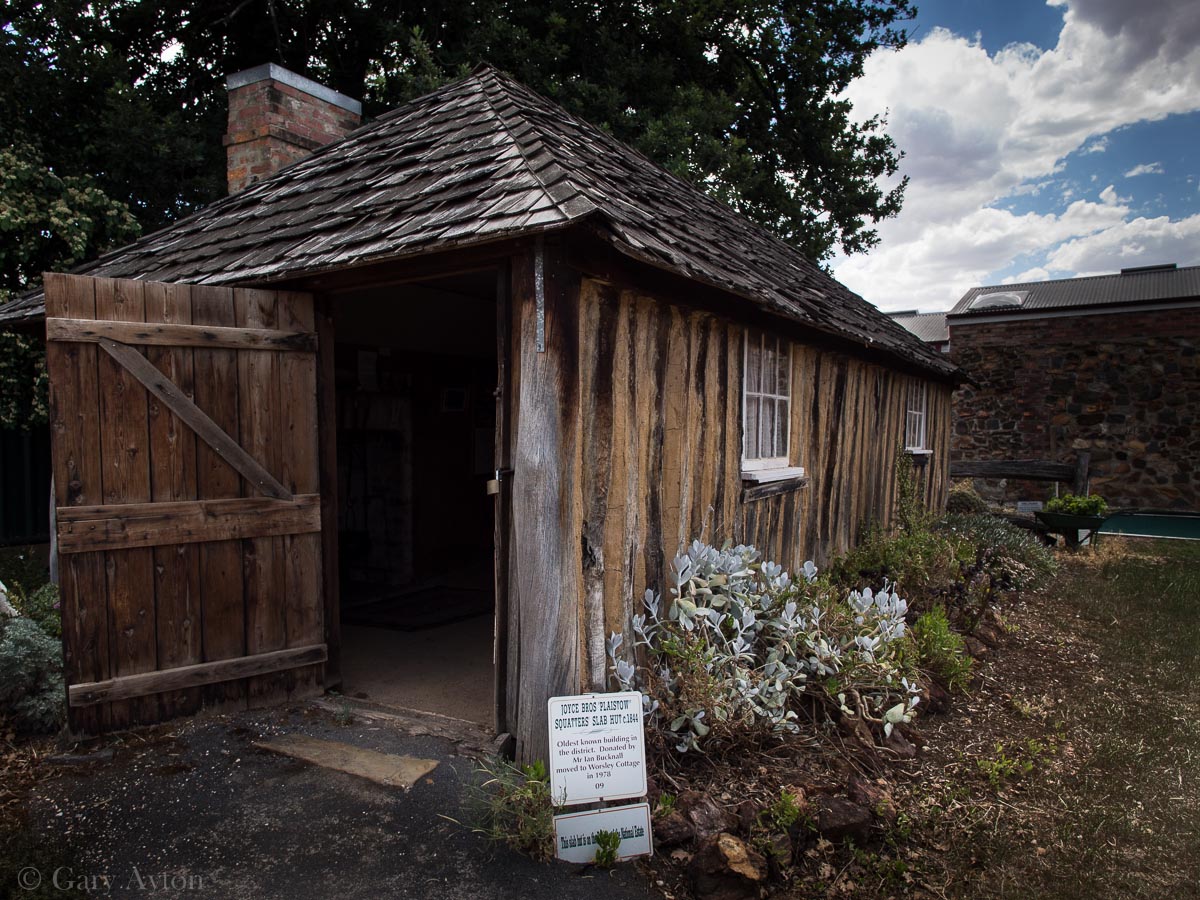 A painting of a photo depicting a streetscape and portrait photographer in Maryborough’s main street during the gold rush of the 1850’s: 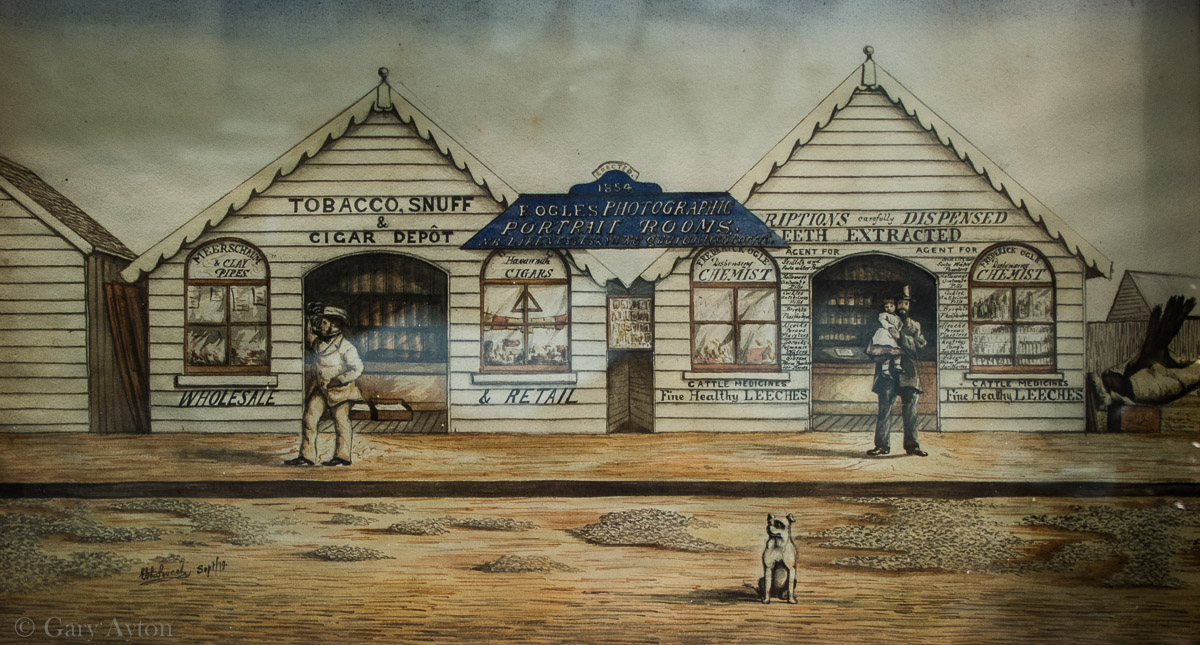 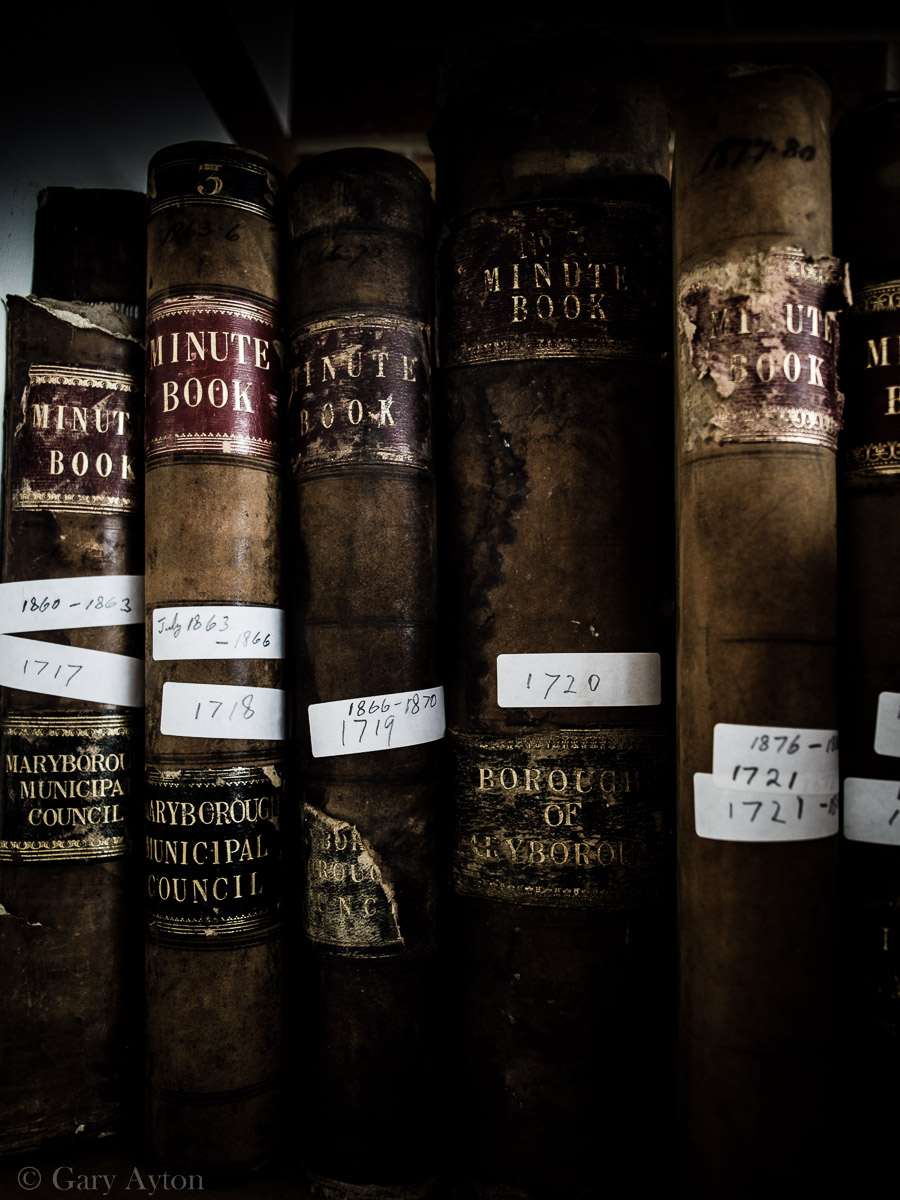 Unlike Bendigo and Ballarat, Maryborough never really did make it rich and has struggled since the gold ran out in 1918, perhaps saved only by the railroad passing through the town in 1874 and one of the greatest railway stations of the 19th century. The town of Timor to its north had a similar population during the gold rush of some 27,000 people, and had 38 hotels, but not one commercial building functions today with the General Store closing down in the last decade and the churches being sold off. Perhaps without the railroad, Maryborough may have suffered a similar fate.

In 1895 American writer Mark Twain visited the town and remarked about the station upon his visit.

Don’t you overlook that Maryborough station, if you take an interest in governmental curiosities. Why, you can put the whole population of Maryborough into it, and give them a sofa apiece, and have room for more. You haven’t fifteen stations in America that are as big, and you probably haven’t five that are half as fine. Why, it’s perfectly elegant. And the clock! Everybody will show you the clock. There isn’t a station in Europe that’s got such a clock. It doesn’t strike–and that’s one mercy. It hasn’t any bell; and as you’ll have cause to remember, if you keep your reason, all Australia is simply bedamned with bells. 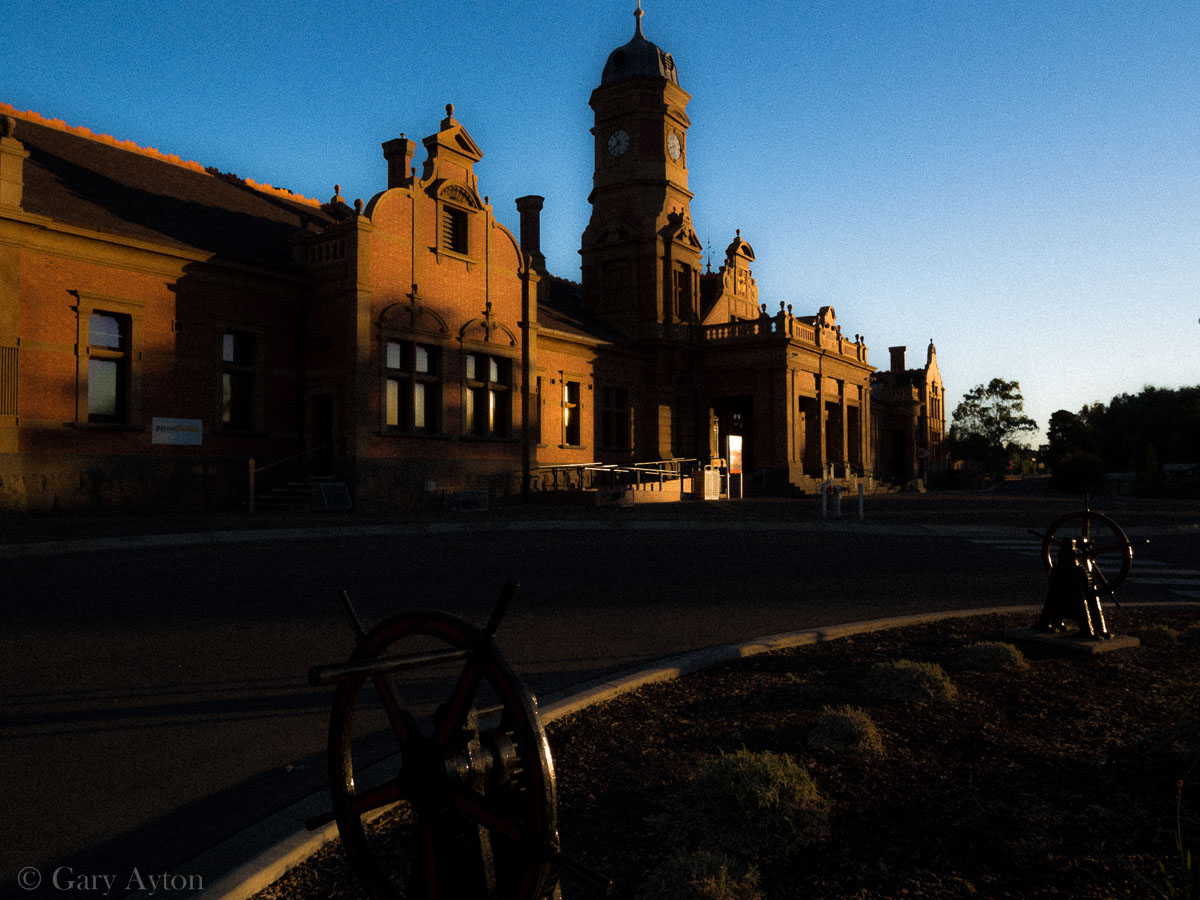 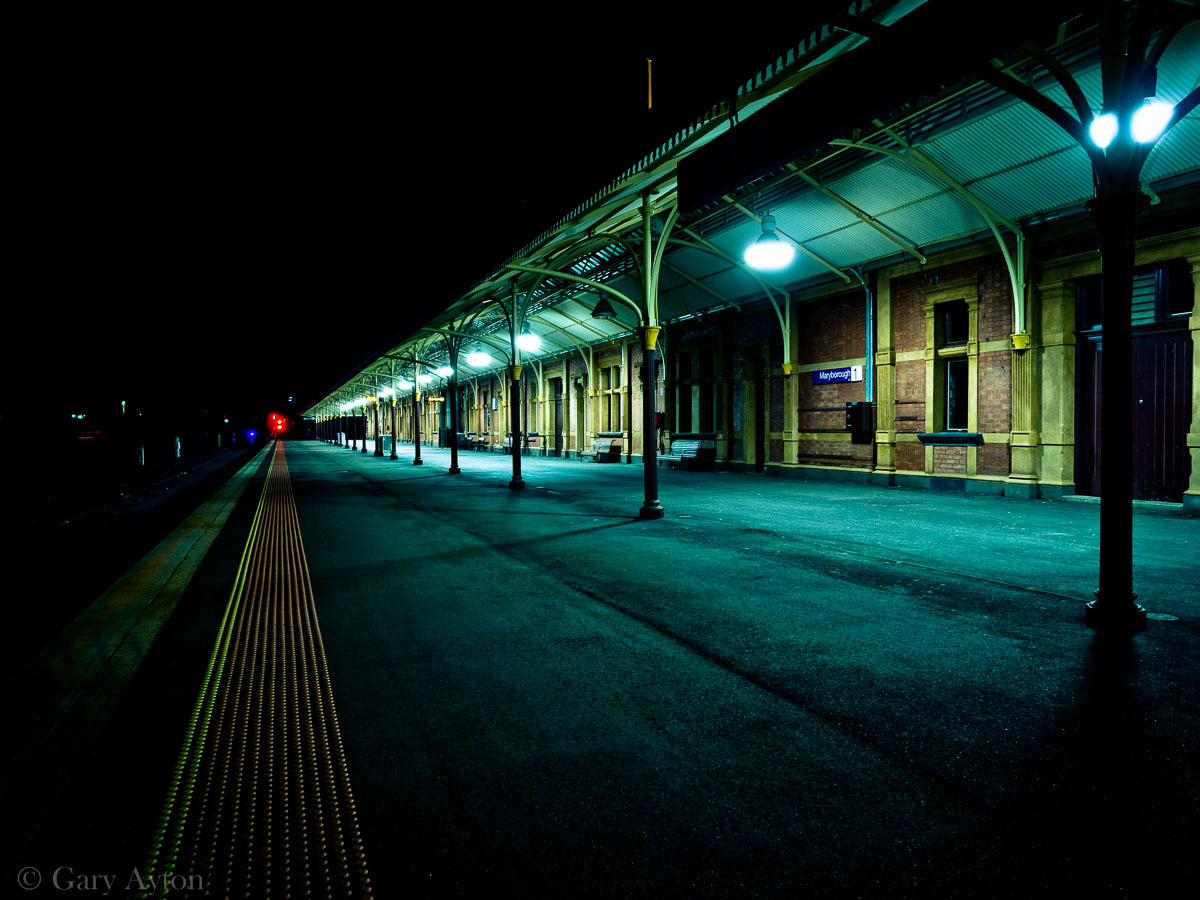 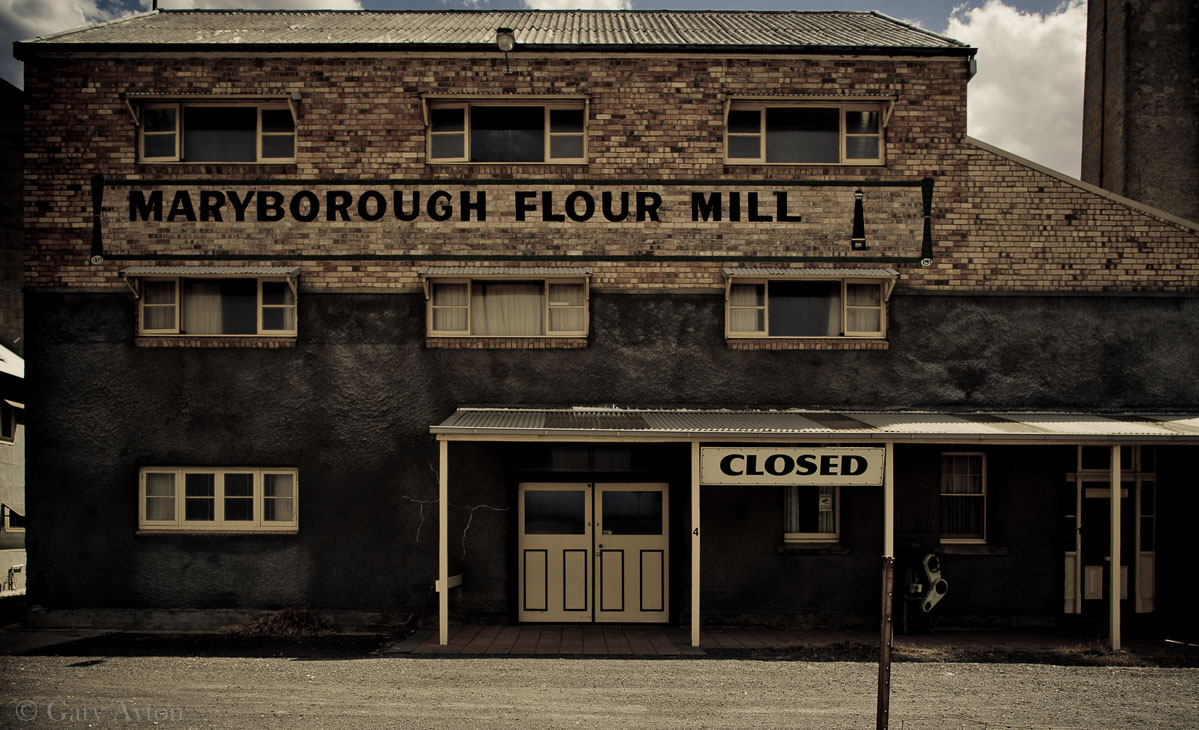 Maryborough boasts some nice heritage buildings dating from Federation years (1901 onwards) such as: 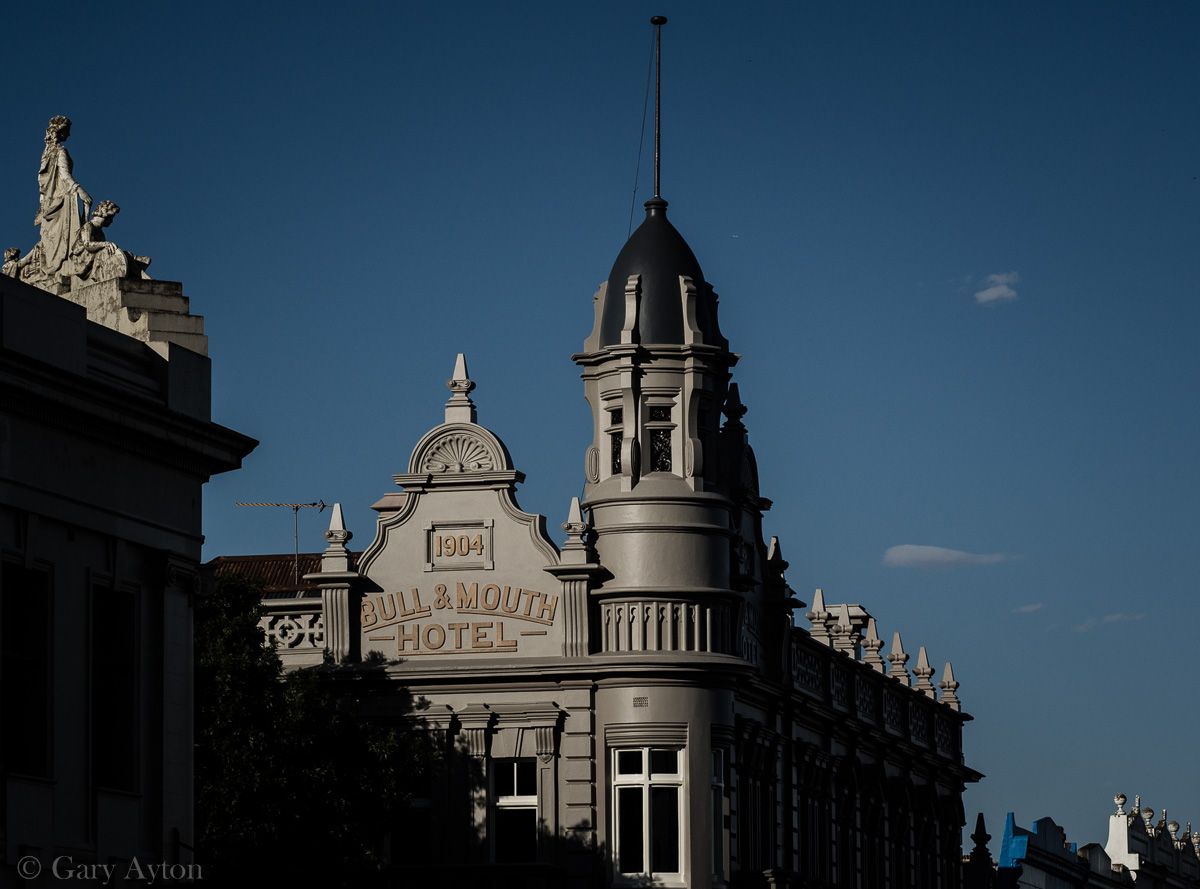 Hadenham House – a lovely Federation Edwardian mansion with 5m ceilings which is a very nice place to stay a few nights while you are exploring the region: 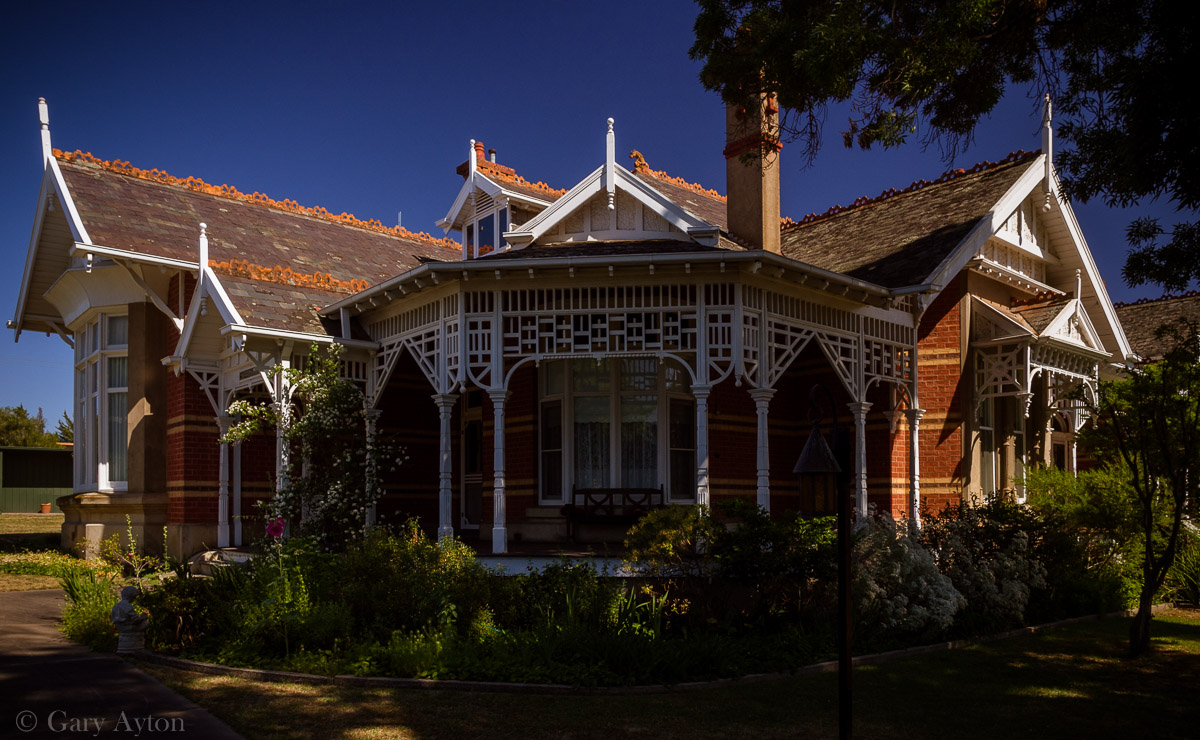 Another lovely Federation house on the main street: 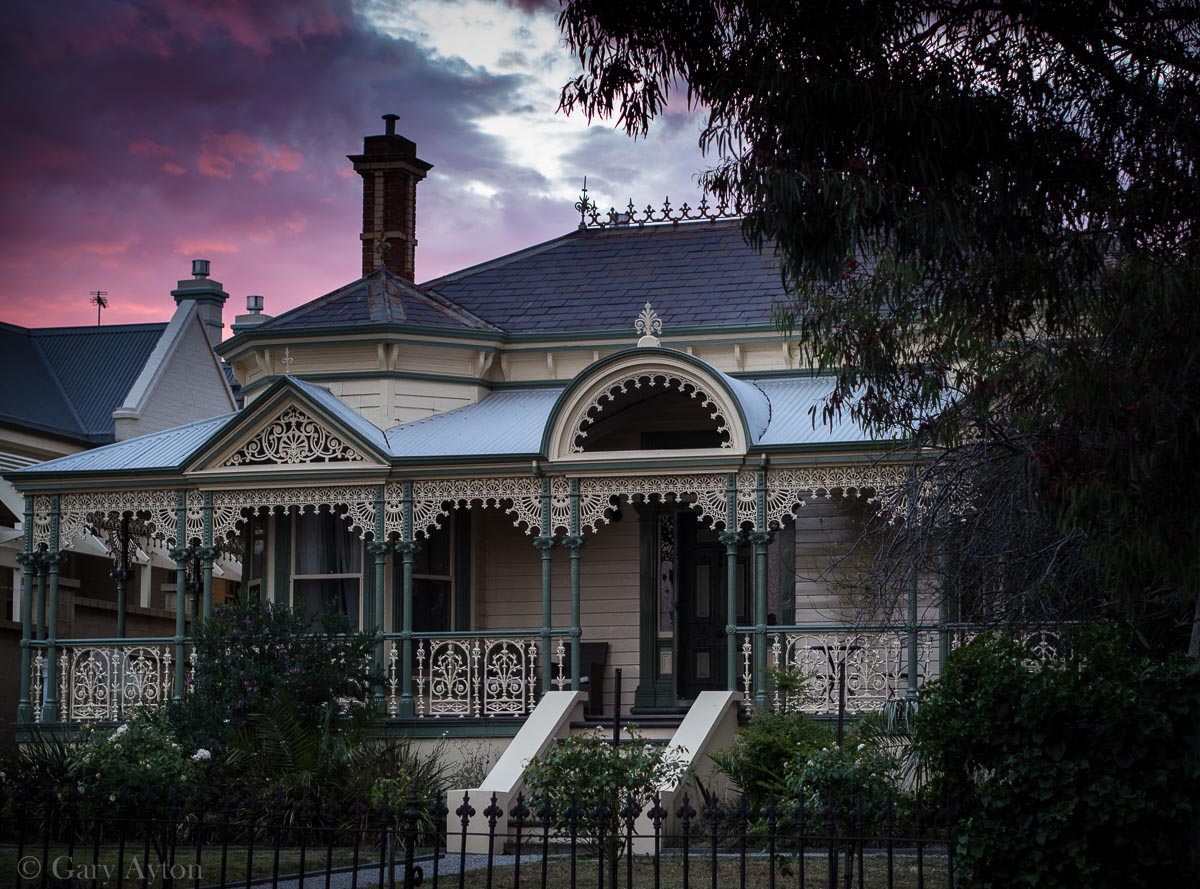 In 1909, the town was still full of optimism and built this grand cricket stadium (Olympus mZD 45mm f/1.8 at f/3.2, ISO 200, hand held at 1/25th sec) – a photo I took at sunset in tribute to the late Australian test cricketer Phil Hughes who was killed in a freak accident when a cricket ball hit his neck: 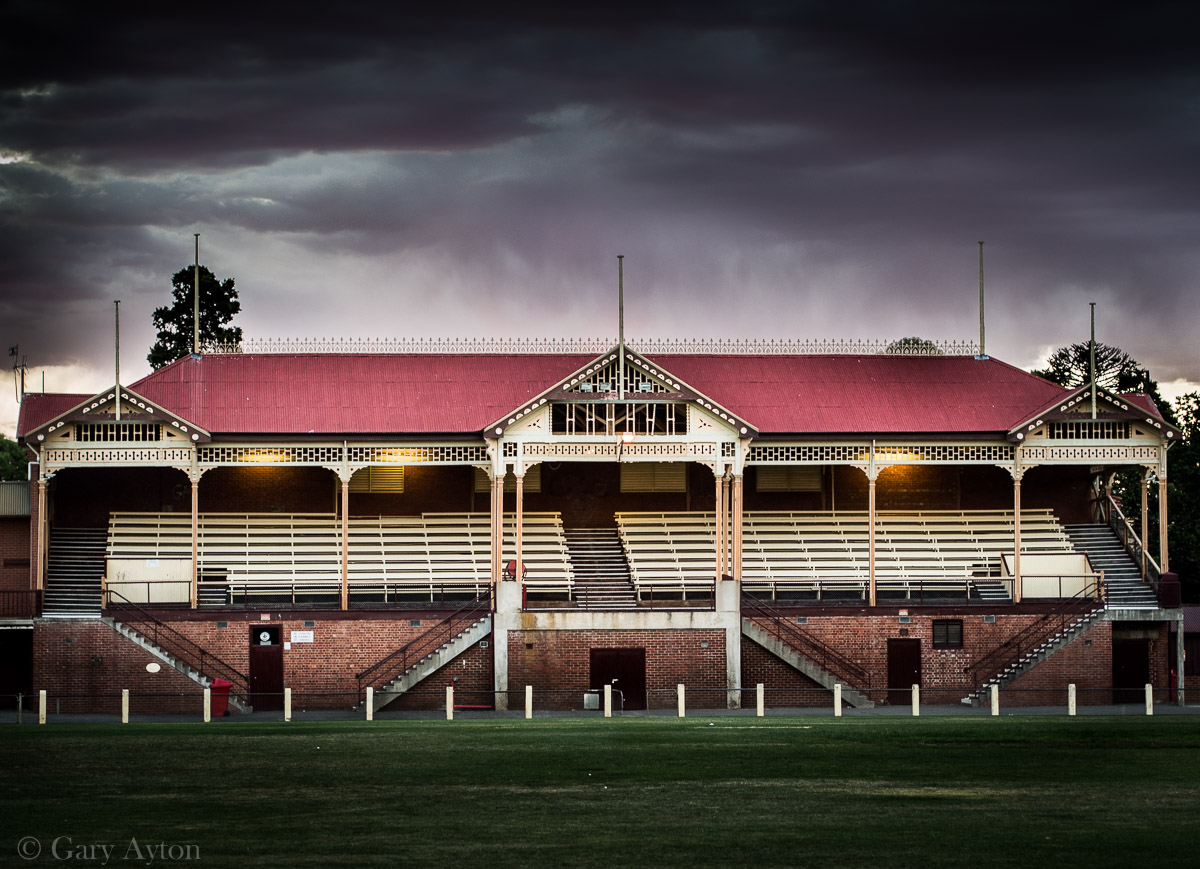 After the gold finished, Maryborough kept chugging along thanks to the development of the regional wool industry and the opening of the woollen mills in the 1920’s. Unfortunately, the woollen mills closed in 1978, then the Kennett state government’s economic rationalism stopped the trains in the 1990’s, and along with the continued loss of the manufacturing sector to overseas, has really hurt the people of Maryborough.

In 2007, the train station was renovated and in 2010, a couple of trains per day were re-instated and substantial efforts have been made to boost the economy of this region – hopefully the fantastic people here will again have optimism for their future, in the meantime, it seems to lack the tourism it needs to flourish – perhaps being over 2 hours drive from Melbourne and with significant competition for tourists from Castlemaine and Maldon will always make it difficult to succeed.

Nearby in Talbot, a lovely little town with a great little cafe, book shop and 2nd hand shop (which is more than the adjacent ghost towns of Majorca and Amherst have): 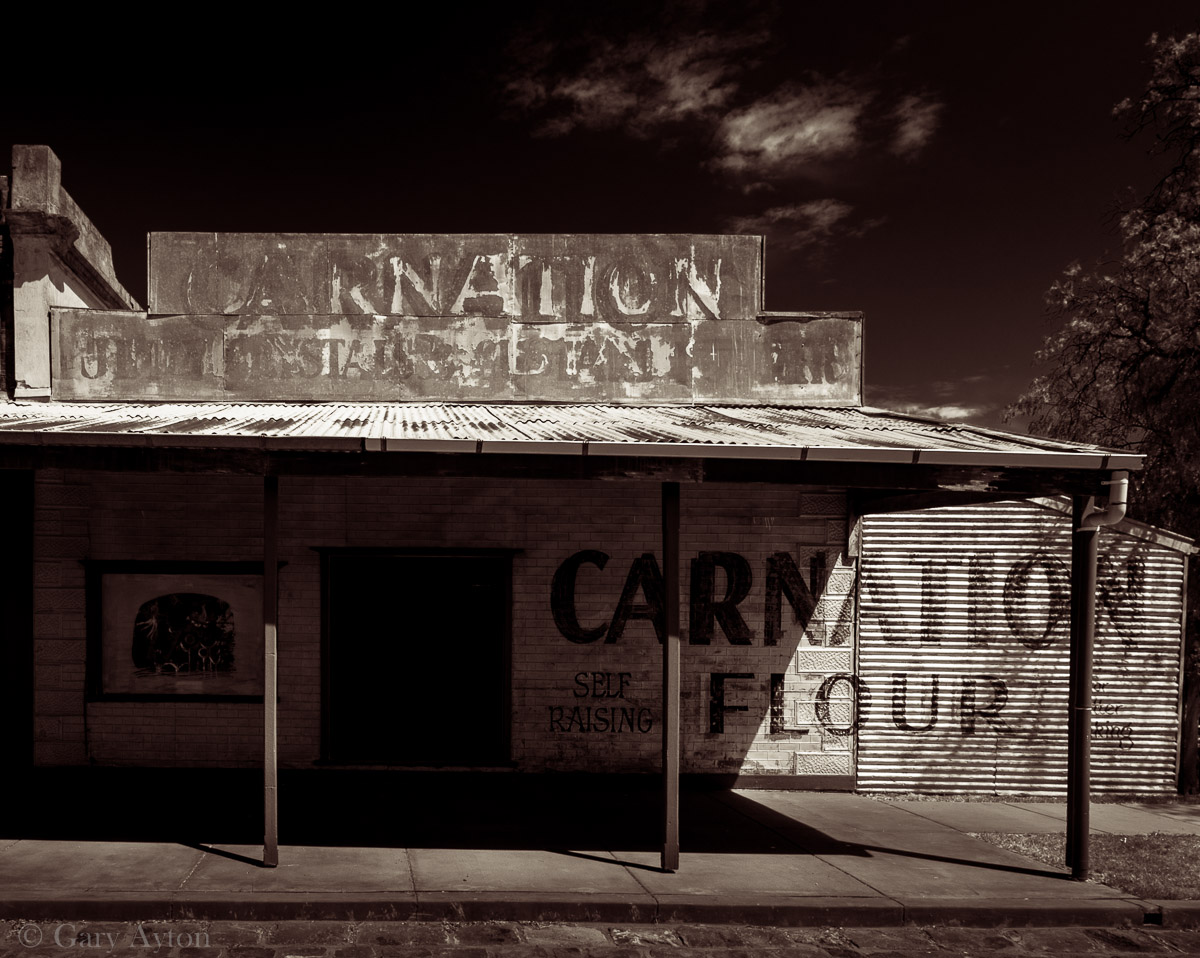