One week in South Korea – part 3 – Seoul at night

Seoul in August is a wonderful balmy warm and seemingly safe city to explore at night as long as you take reasonable care and respect the locals who rarely like being photographed unless they are doing it themselves – the number of young Koreans walking around taking selfies as they walk is quite disturbing for safety reasons alone – luckily there is no Pokemon Go in South Korea (due to military security concerns with Google street view imagery – although there is a small area in Sokcho where it is possible).

I had no safety concerns carrying my cameras and even having them visible on the subway trains at night – something I would be reluctant to do in my own city of Melbourne !

Usually when I walk streets at night I carry discrete wide aperture lenses on my compact Micro Four Thirds cameras (OM-D E-M1 and E-M5) which allow low light photography and allow the camera to be quickly returned to a jacket pocket – for example the Panasonic 20mm f/1.8 pancake lens and the Olympus mZD 12mm f/2.0. In Seoul, I decided to ditch the 12mm lens and use the larger Olympus mZD 7-14mm f/2.8 for greater versatility.

The most popular districts to explore are Itaewon, Hongdae and ultra-modern Dongaemun.

Itaewon is where the US Military tend to congregate at bars and clubs, and thus is the main district for Caucasian tourists – although the night we went there, there were very few of either and it was mainly the local Koreans, and in the back alleys you did need to keep your eye out for opportunistic predators although we did not see any aggression or criminal activity even to 1-2am.

We enjoyed an awesome, albeit, expensive, authentic Korean BBQ in one of the side street cafes, then headed off to some of the bars for some cultural exchanges. 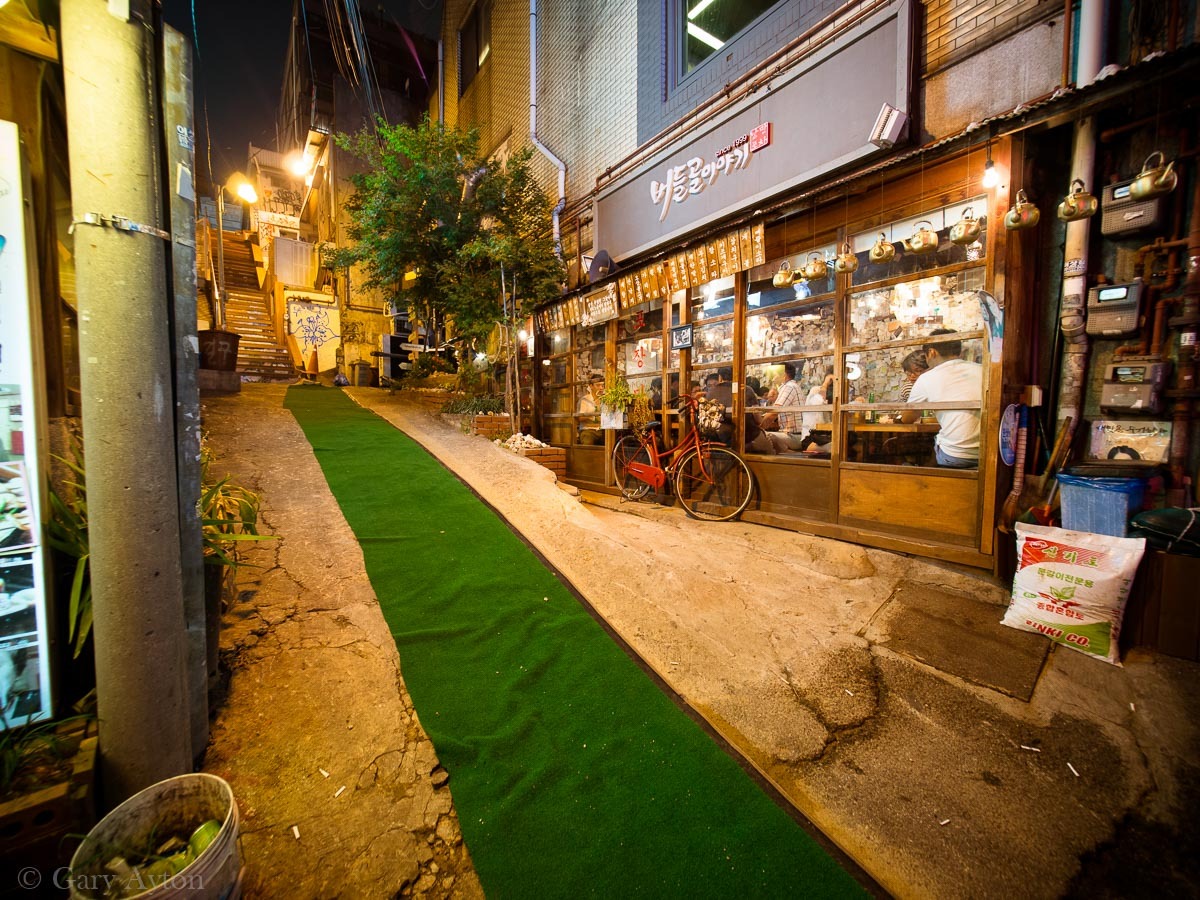 Back alleys of Itaewon where there were a few dodgy people.

Dongaemun is a popular night precinct for shoppers with lots of street shops, shopping plazas, market and the ultra-modern Dongaemun Design Plaza (DDP). 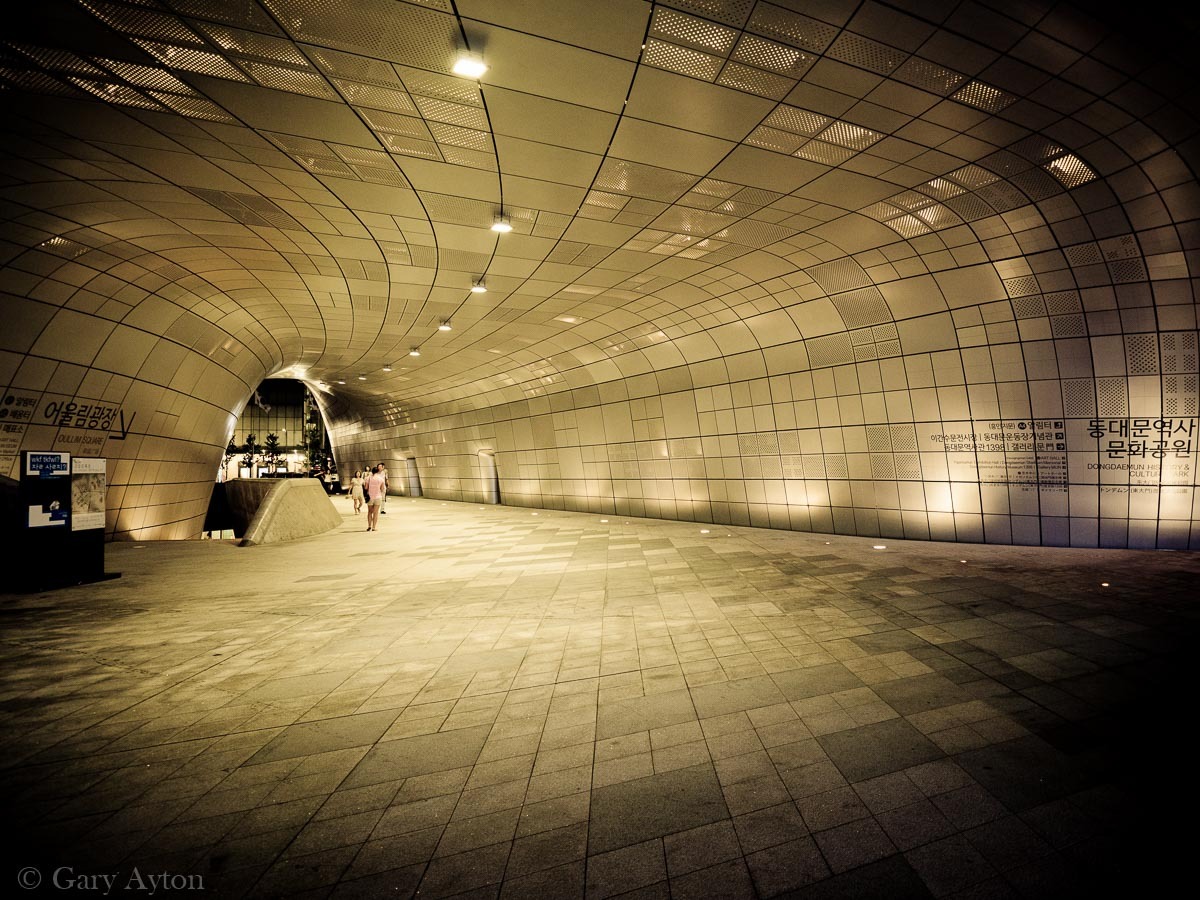 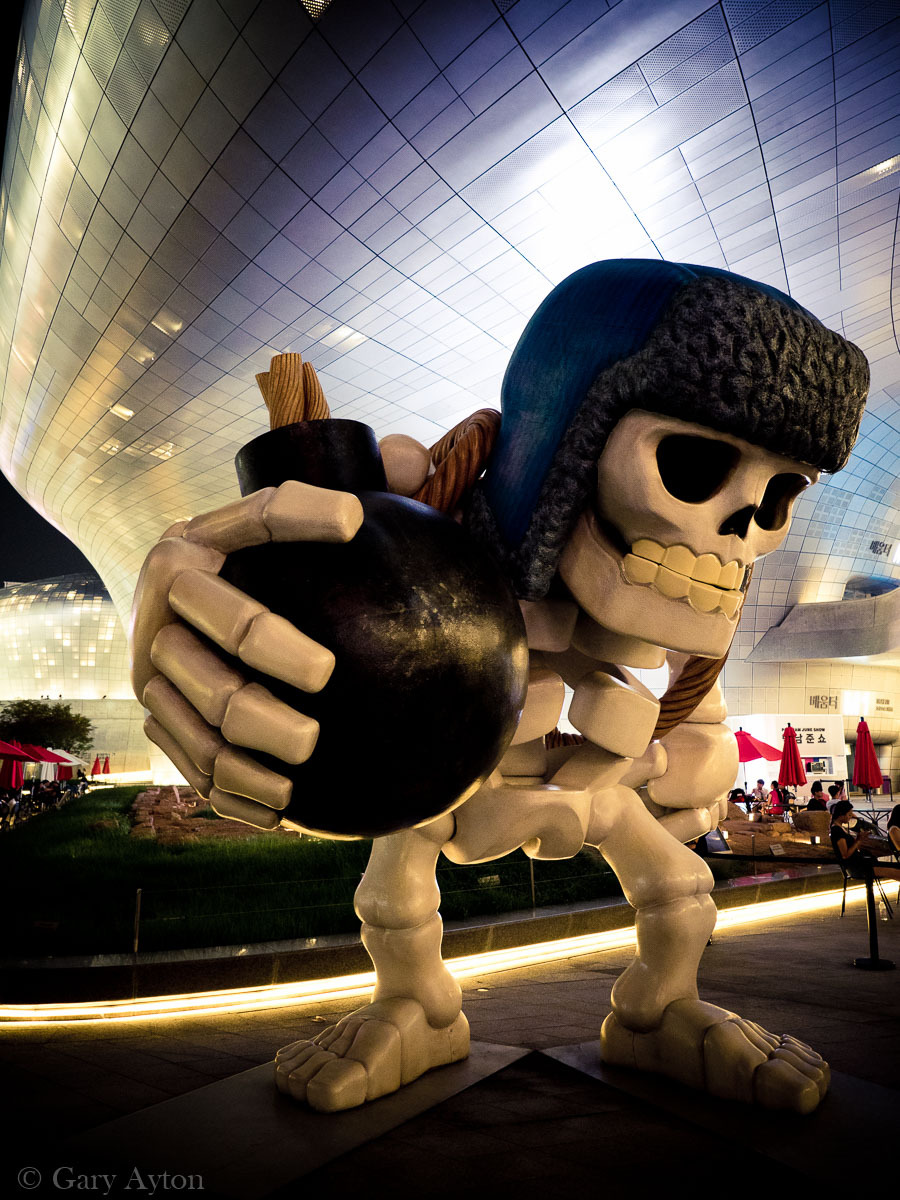 Dongdaemun Design Plaza and the newly opened shopping plaza in the background right. Helping out the locals with their selfie sticks. 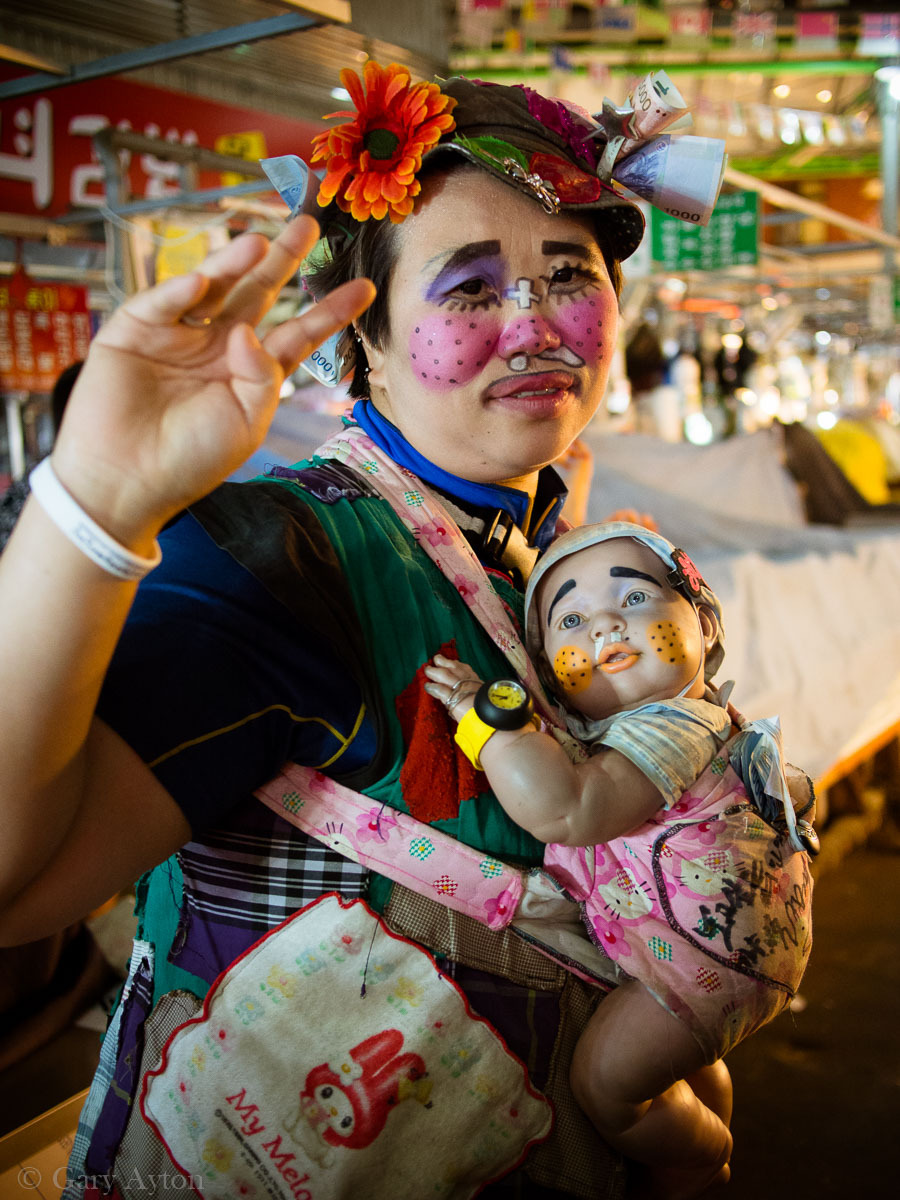 A market mobile karaoke lady with her doll who was keen to pose for me. 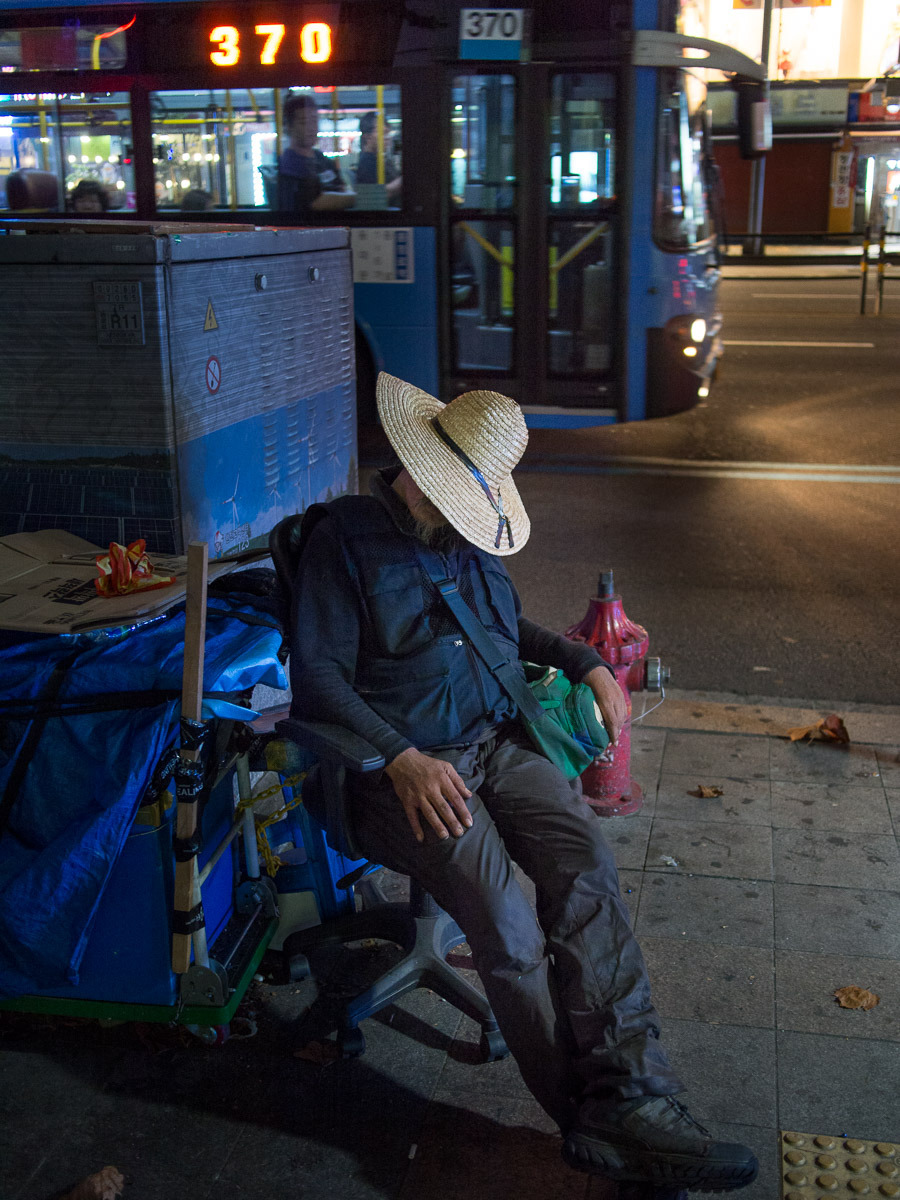 This was a signal to call it a night – perhaps too much soju? 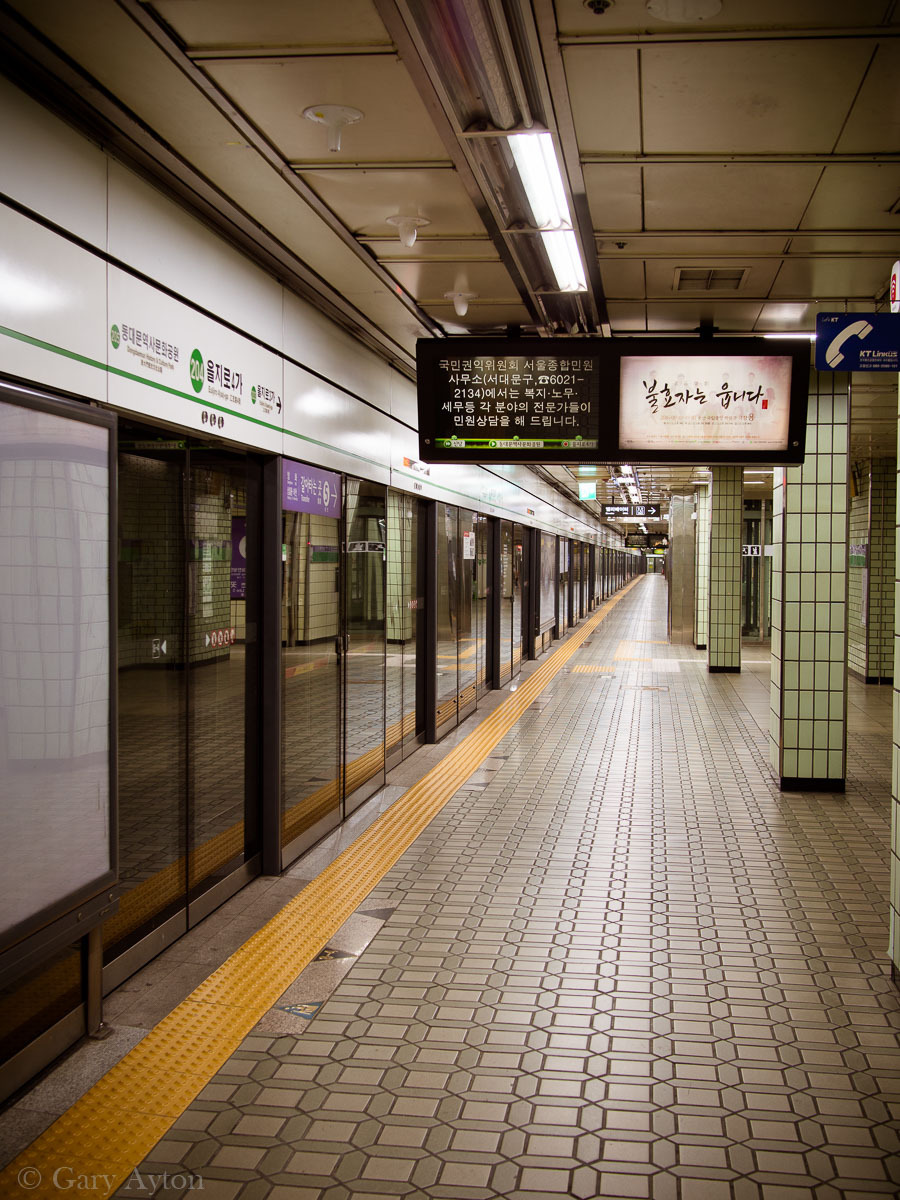 Just managed to catch the last train on the subway – a rare deserted platform but we made it back to our hotel!

Hongdae is a Korean university student night precinct with many bars, clubs and shops, lots of intoxicated young Korean adults and few older adults while there were signs banning US military fro entering clubs due to potential conflicts, and the clubs seem to have an age cut off of 38 years, so no entry for an old guy like me but again, despite the flow of alcohol, there was no overt aggression or criminal activity evident and we felt safe walking the streets and there were plenty of taxis near by to take us back to the hotel (as long as you had the name and address of the hotel in Korean!). I took very few photos here but we did find a quiet late night bar for a dart throwing competition at 2am which finished the day off nicely. Street alcohol vendor for the students (the vendor refused to allow his photo but did allow this shot). 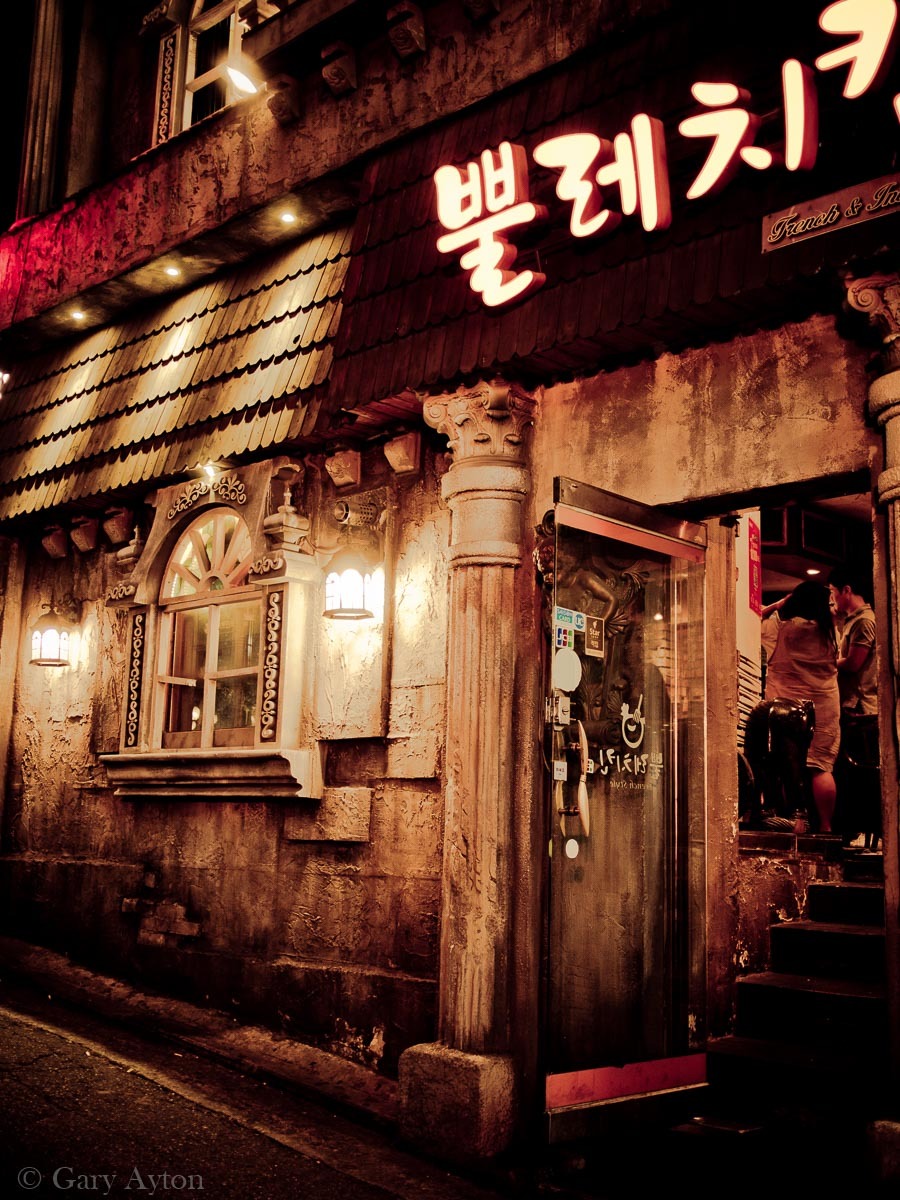 This club security guy politely refused entry to the club for my travel buddy who was devastated as apparently now too old to go clubbing! Not only older folk are banned from the clubs but also the US Military! Korean prevention is the best medicine! 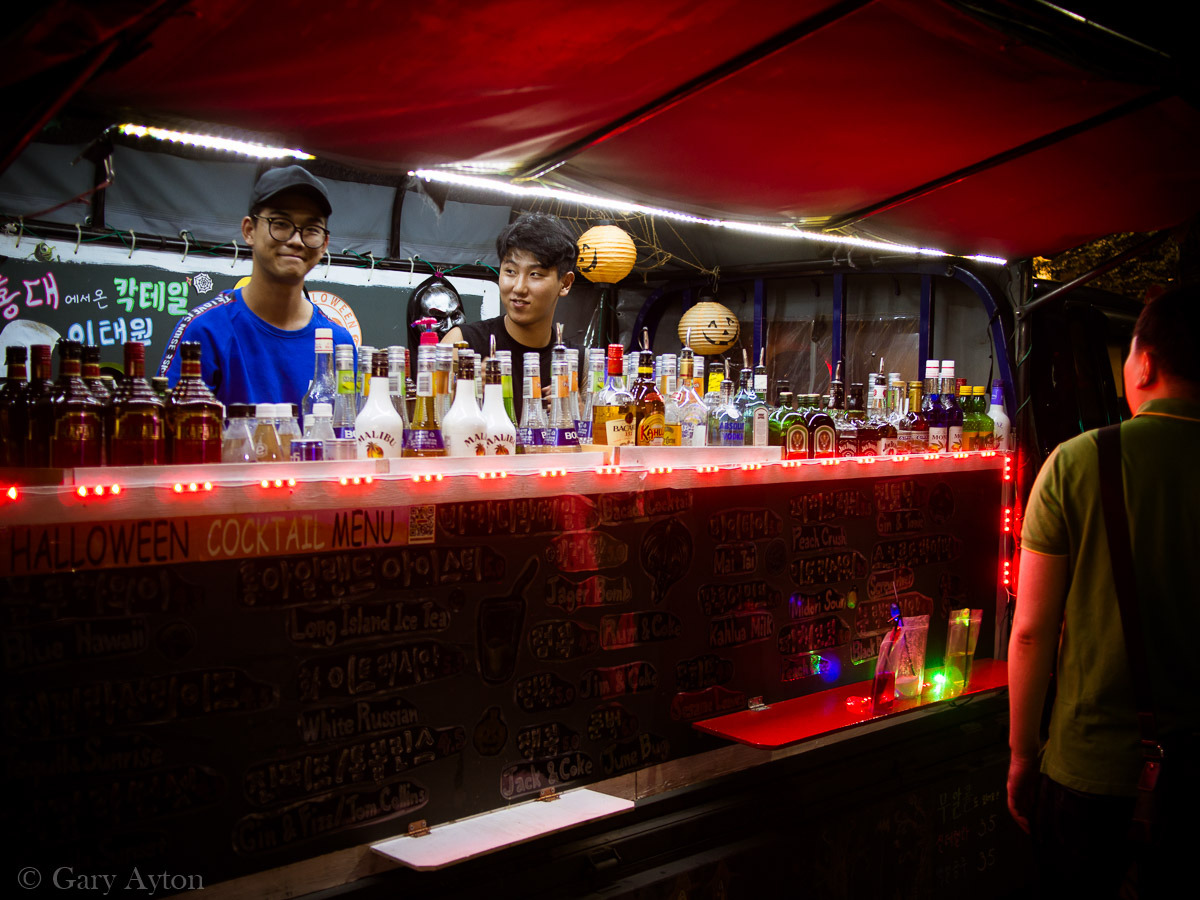 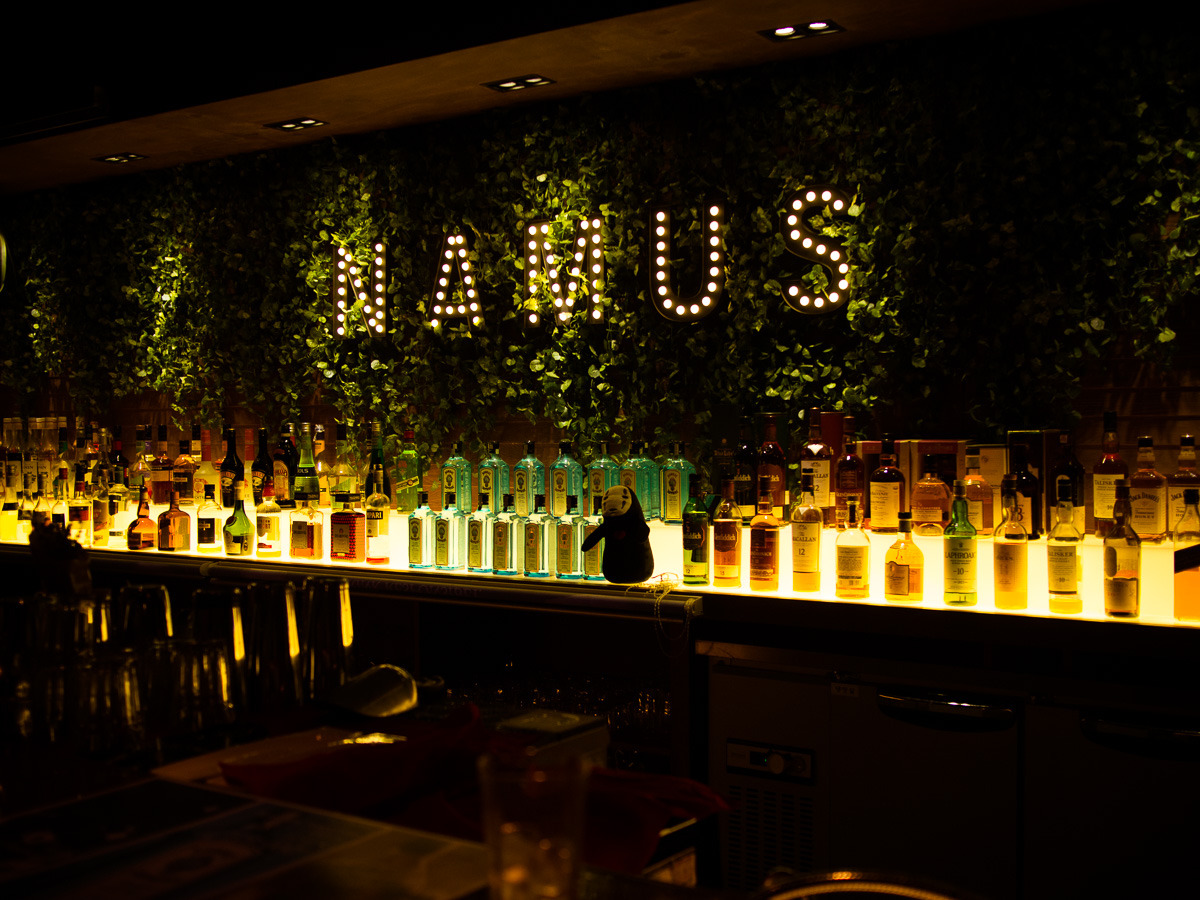 Finally found a quiet bar where we could relax, talk and play some darts.