Another trip to Victoria’s beautiful Great Ocean Road and the Twelve Apostle region, this time I left my Sony full frame gear at home as it didn’t really add that much image quality over my Micro Four Thirds gear and just added weight and complexity – both of which gets in the way of my photography – and after all, the whole point of the week away was to relax and enjoy the remote rugged beauty of this coastline before summer hits.

So here are a few images taken with the Olympus OM-D E-M1 mark I camera and the holy trinity of f/2.8 Olympus zoom lenses. 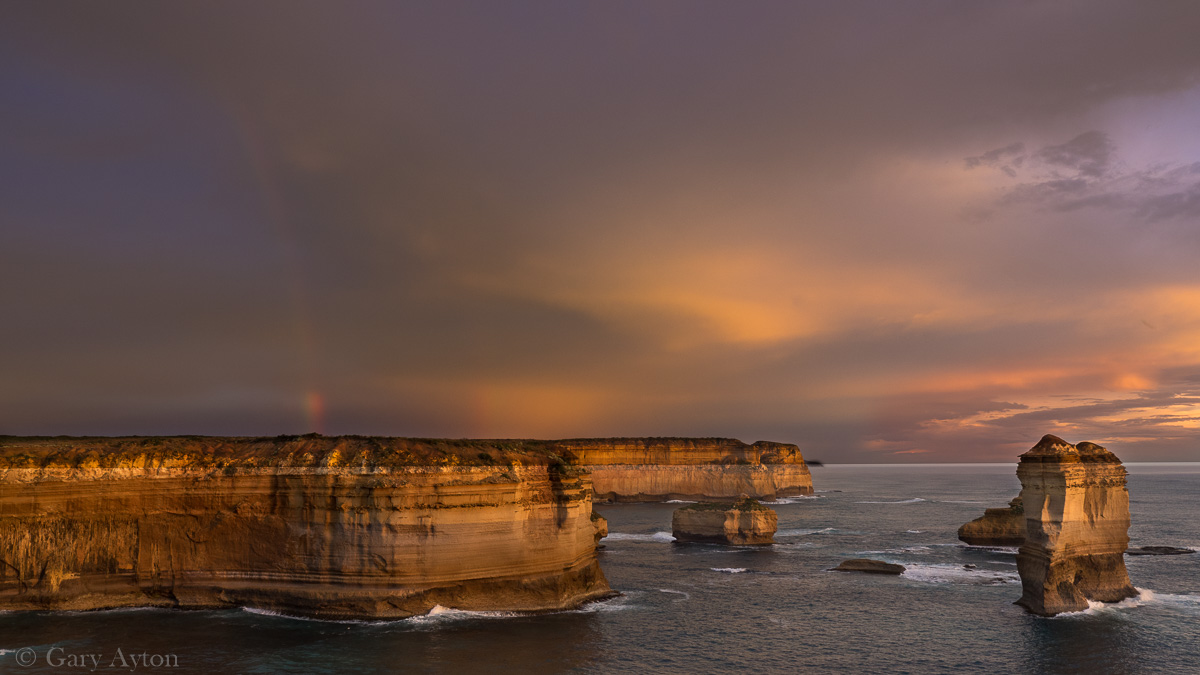 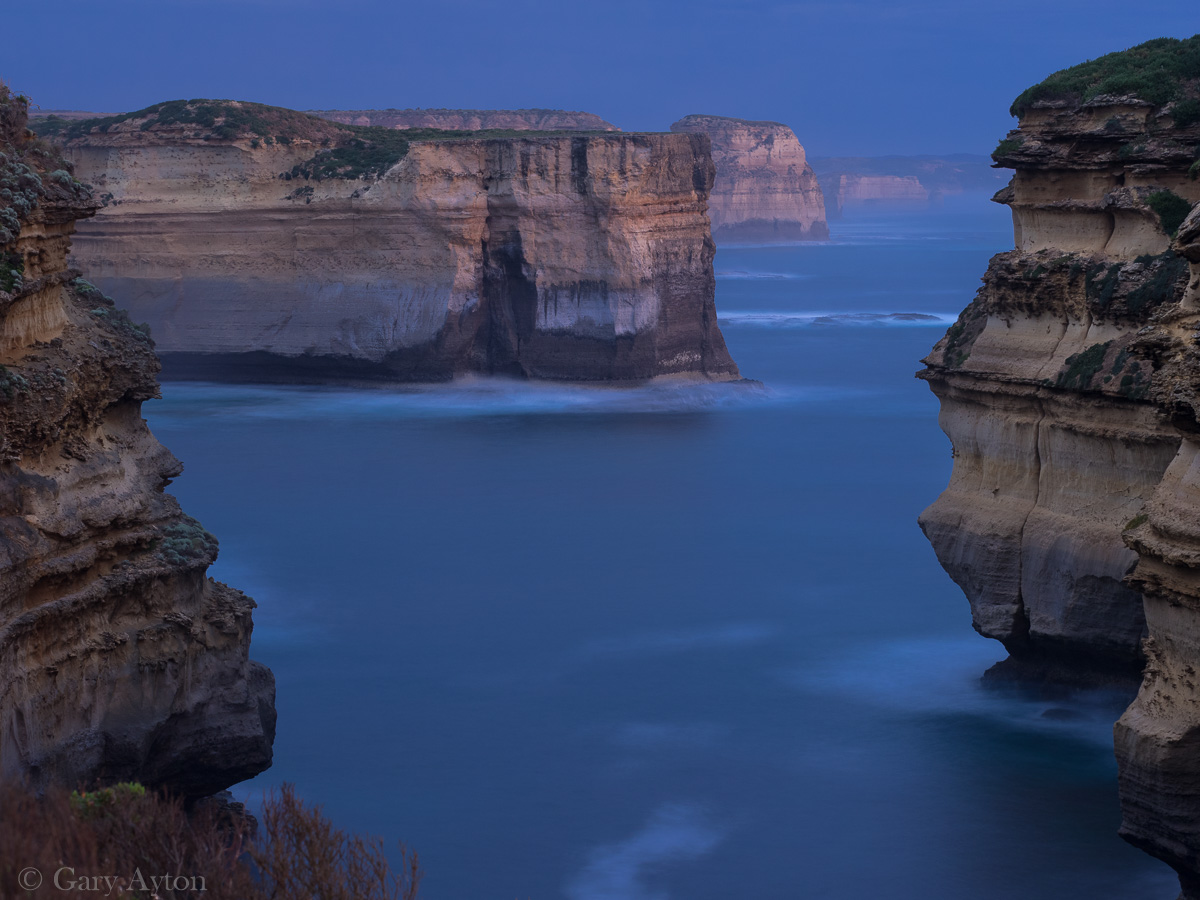 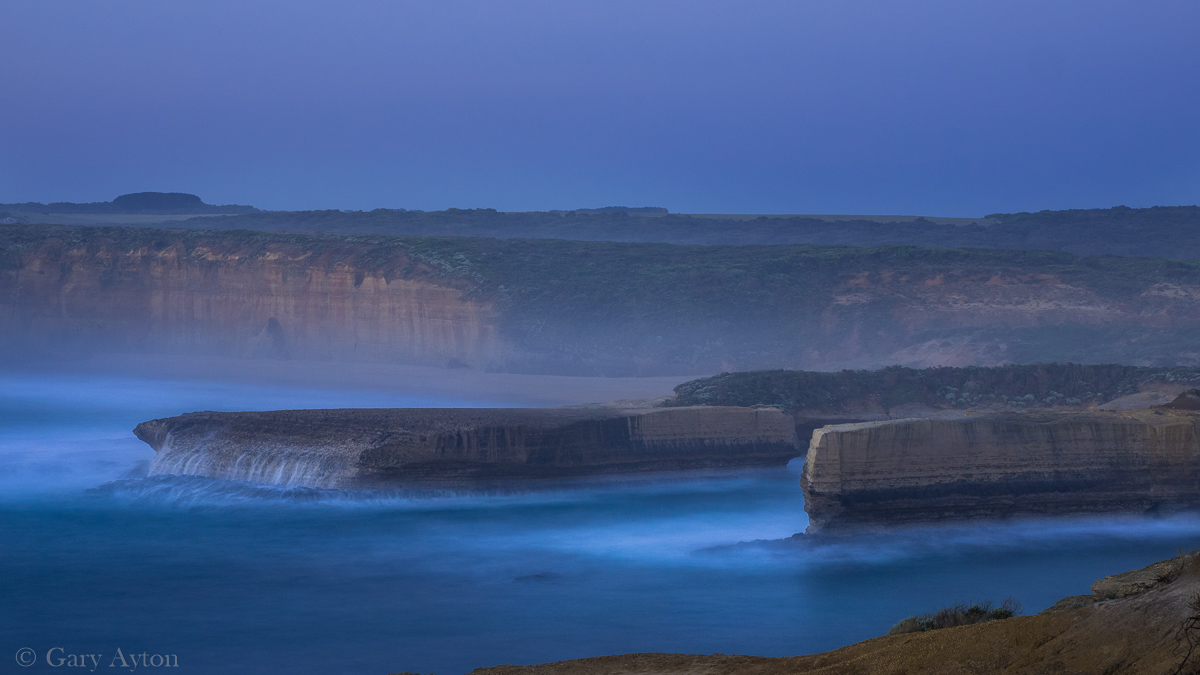 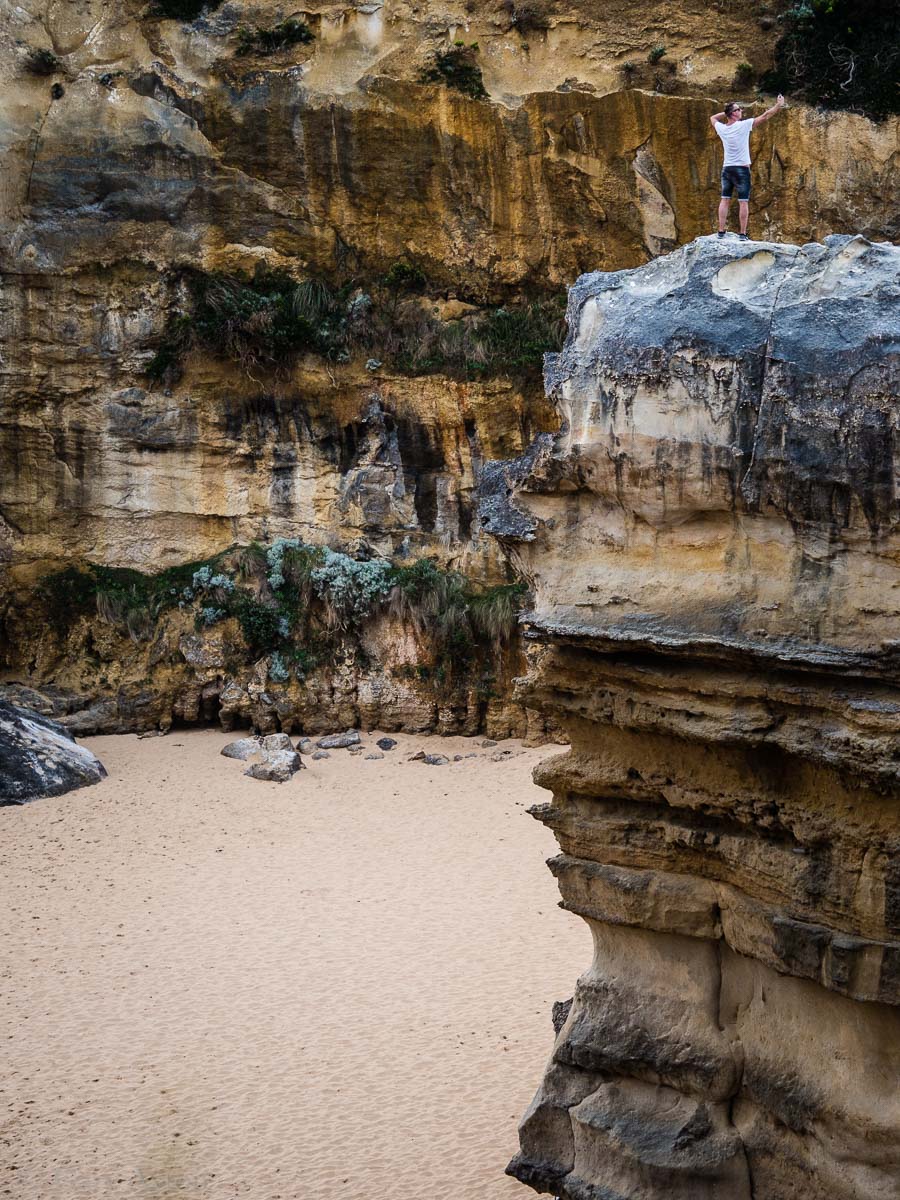 Loch Ard Gorge and the selfie – this guy jumped the fences, disregarded the warnings of the cliff might suddenly give way under the weight of a human, and walked along a narrow “path” for about an hour’s worth of shots – some like this, some with raincoat on, some with his girlfriend standing there in a rain coat.

Earlier in the day I saw other tourists (male and female) doing a similar thing at the Twelve Apostles, but totally oblivious to the fact that the top of the rock stack upon which they had managed to climb to was totally undermined by a tunnel at the peak, meaning they were only standing on about a foot thickness of rock – one day soon a tourist will fall to their death from that rock stack – it is inevitable. 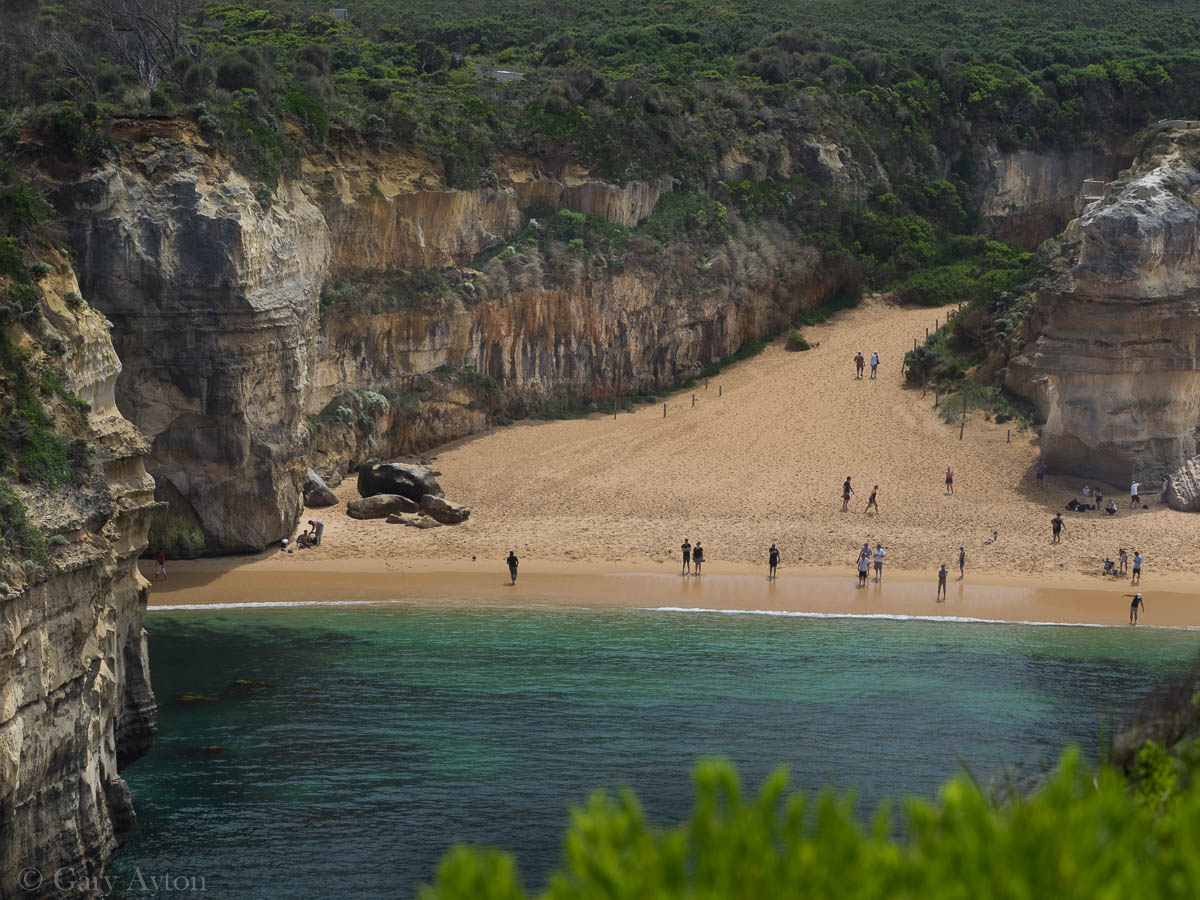 The awesome Loch Ard Gorge, site of a shipwreck in the 19th century where all drowned apart from a young lady passenger and a young seaman who managed to get to this beach and then the seaman managed to climb the gorge and get help. Today, it is a beautiful place for tourists to explore and relax paddling in the relatively calm waters. 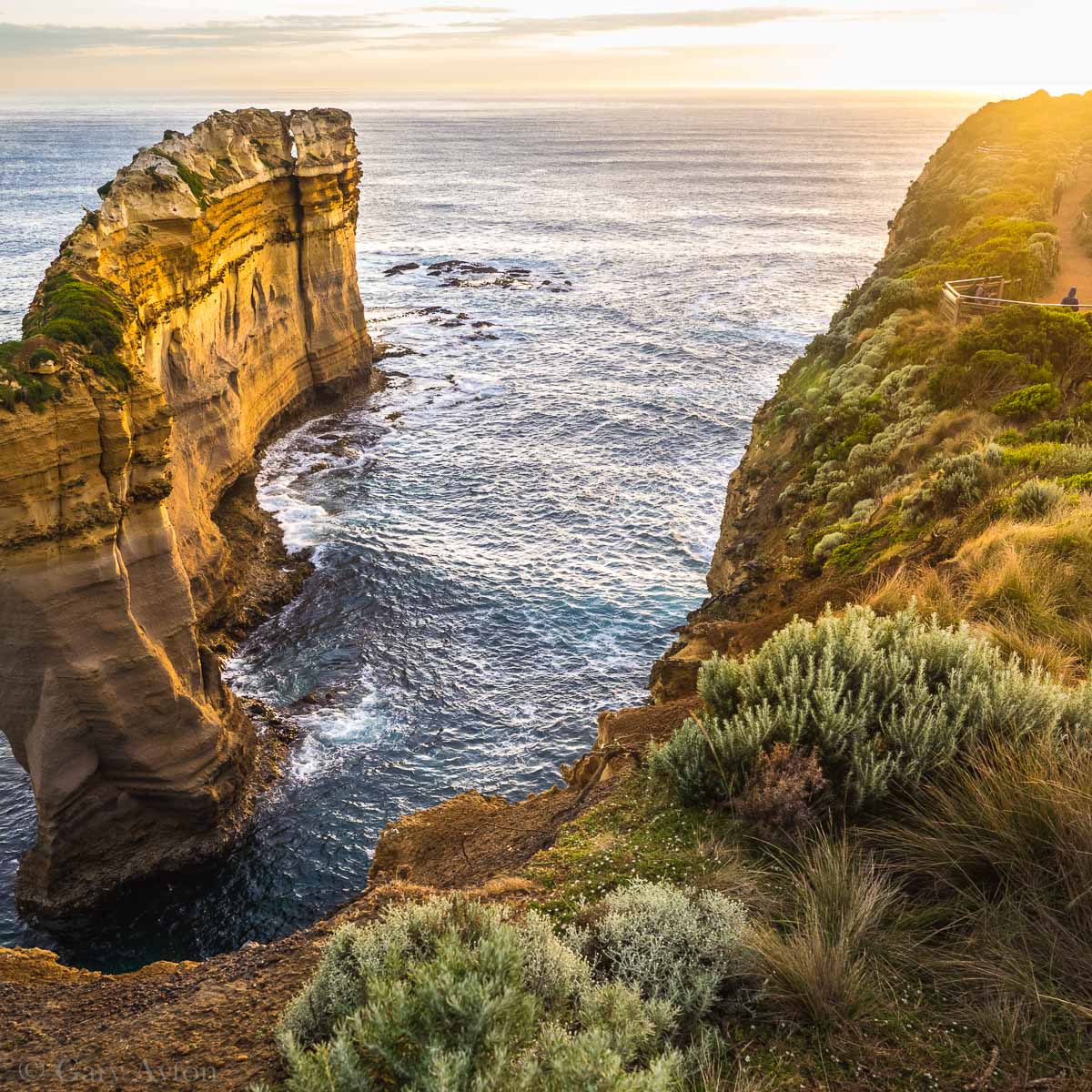