A first holiday to Athens

I had mixed reports of Athens as a holiday destination – it seems the city polarises people – some hate it, some find it just a bearable necessity as an interim destination to the Greek isles, but very few said they liked it.

So I left Australia with relatively low expectations, perhaps a good way to be and I was given a sense of fear of utilising the train services as pick pocketers are rife – and this proved to be the case for most of my colleagues who dared catch the trains – most lost their wallets or purses.

But my experience of Athens was very different.

I loved the place!

I walked around everywhere and at any time – I walked at midnight taking photos and although I was a little careful of where I went at that time, I never felt I was in danger, and the streets were always clean.

The locals I found were friendly and helpful, one just needed to be careful in the markets for the usual enemies of the tourists – those pretending to sell bracelets, etc in an attempt to get close to you to pick pocket you – a phenomenon in the European cities for centuries.

Here are a few pics of my walks: 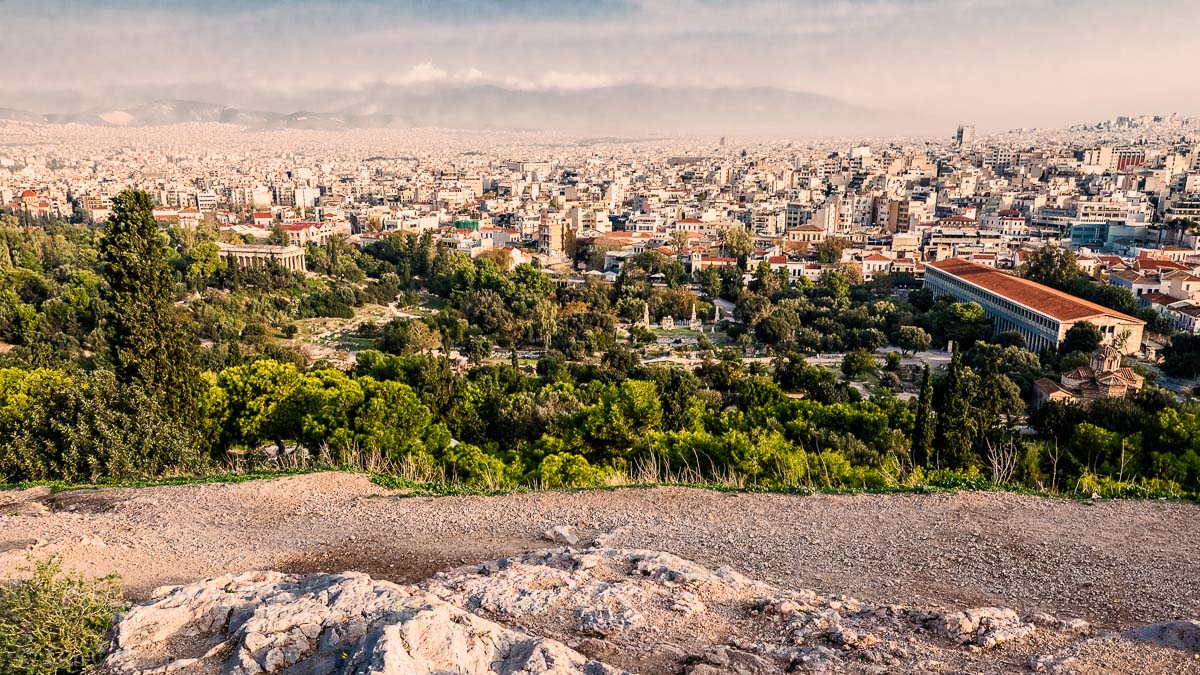 Sunrise at the Odeon of Herodes, 3 shot hand held HDR: 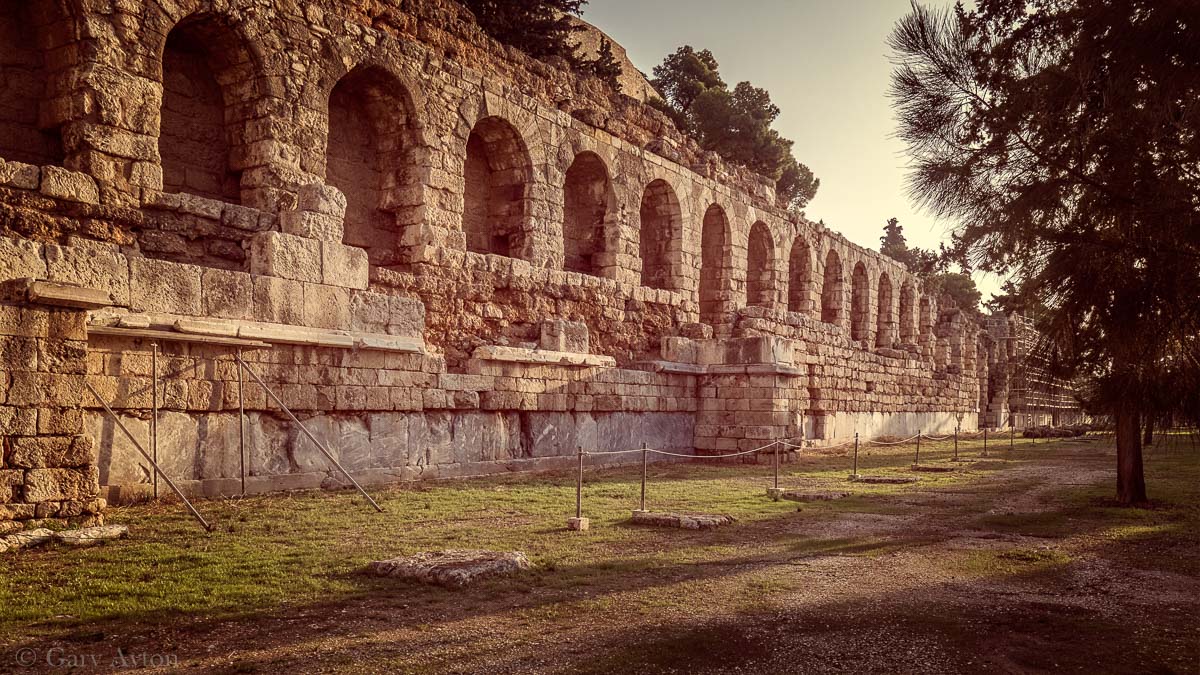 Temple of Zeus reflected in a mirror at dusk from a rooftap bar: 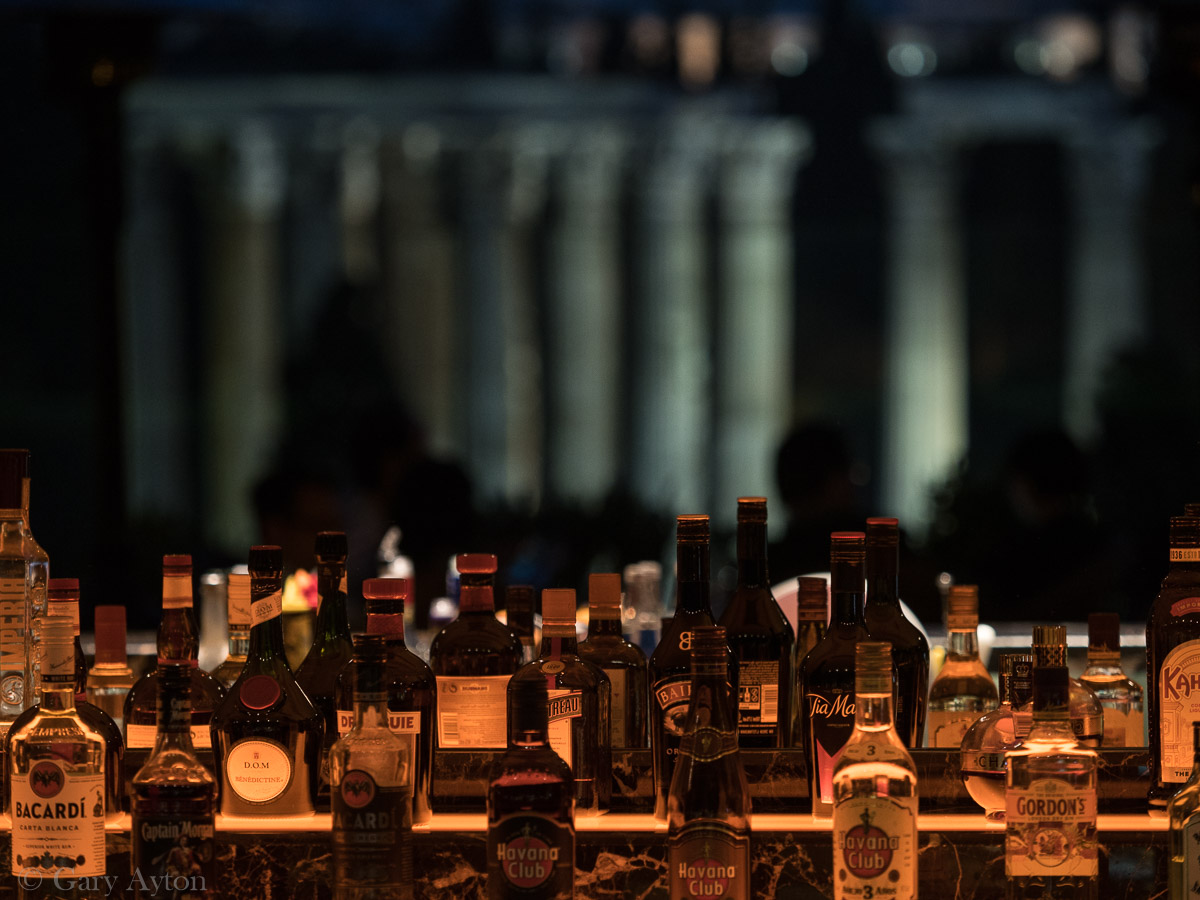 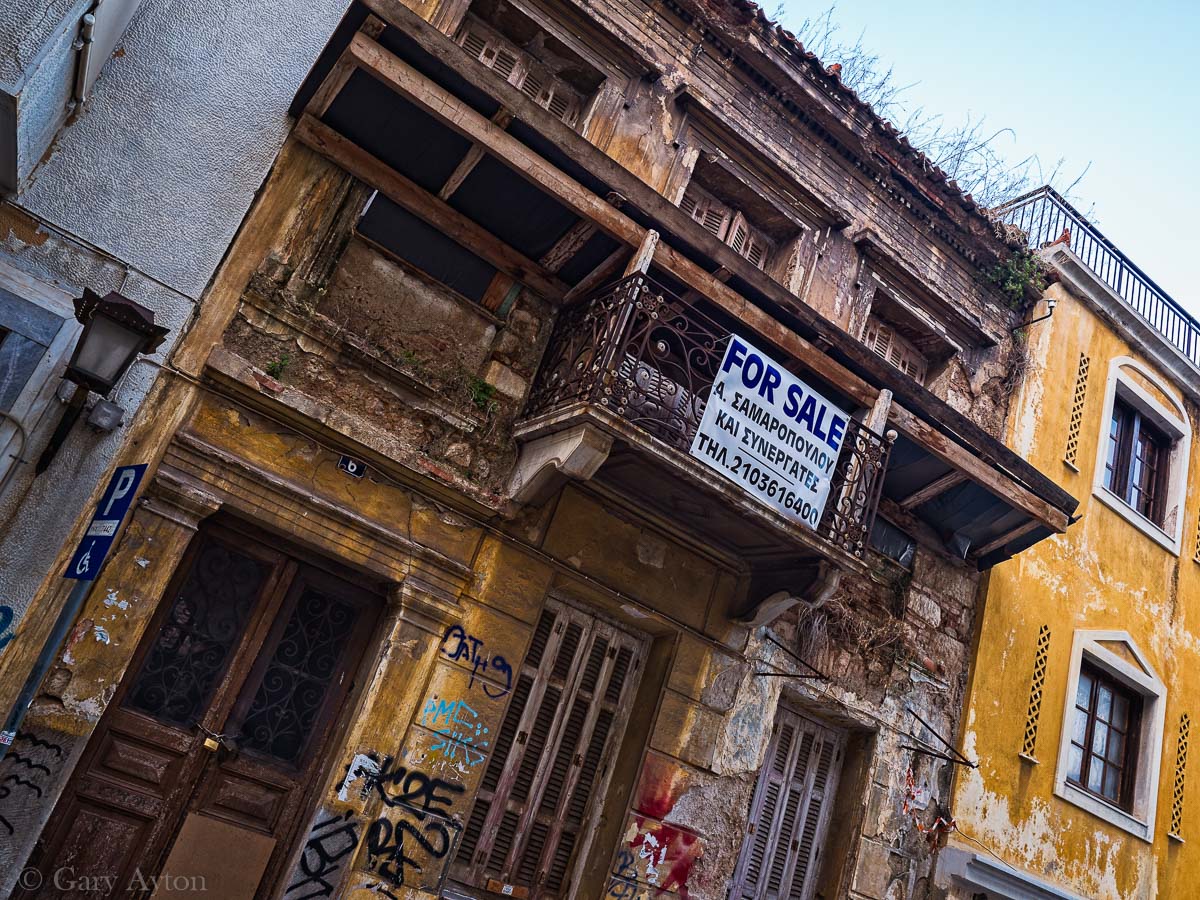 I do love dilapidated buildings: 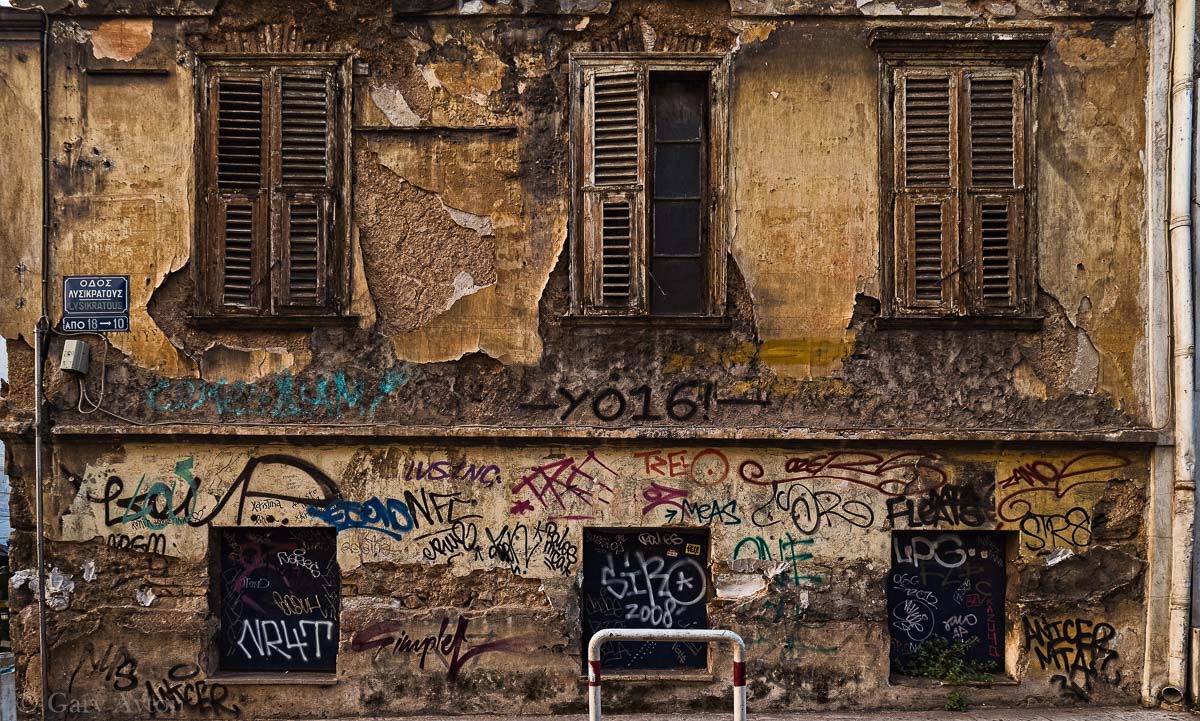 Not everyone in Greece apparently loves the EU and so want the Brexit approach – not sure how that will work for them: 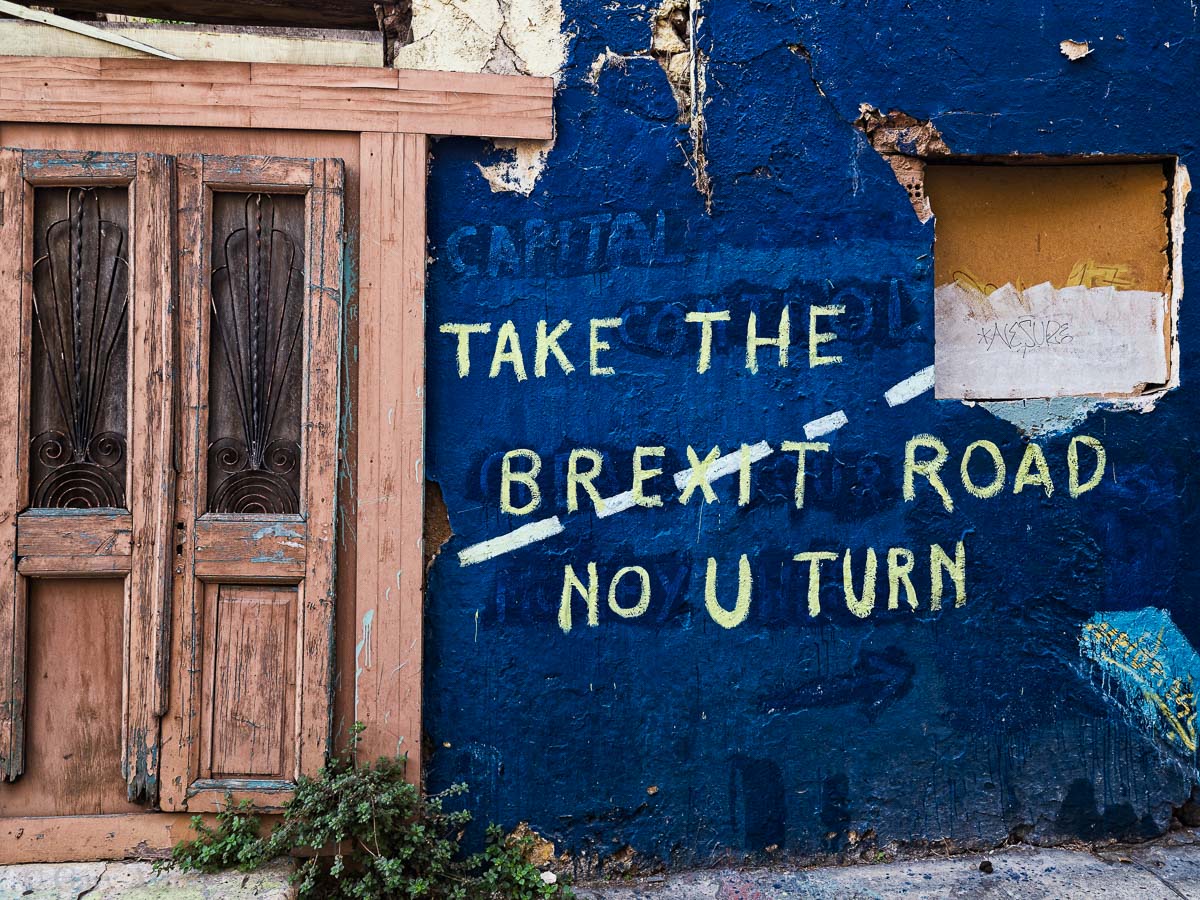 Expensive Athenian apartment with a view of the Acropolis: 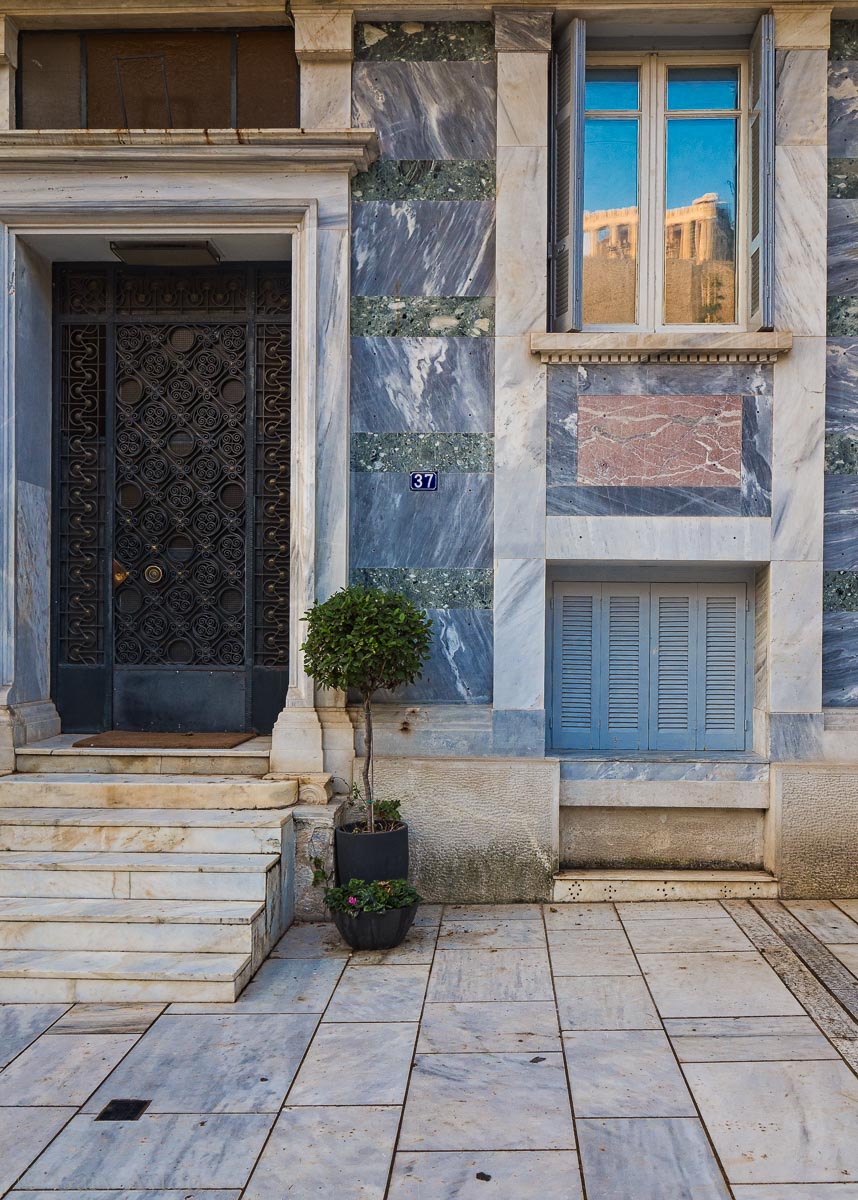 Quaint shop in the old town at dawn: 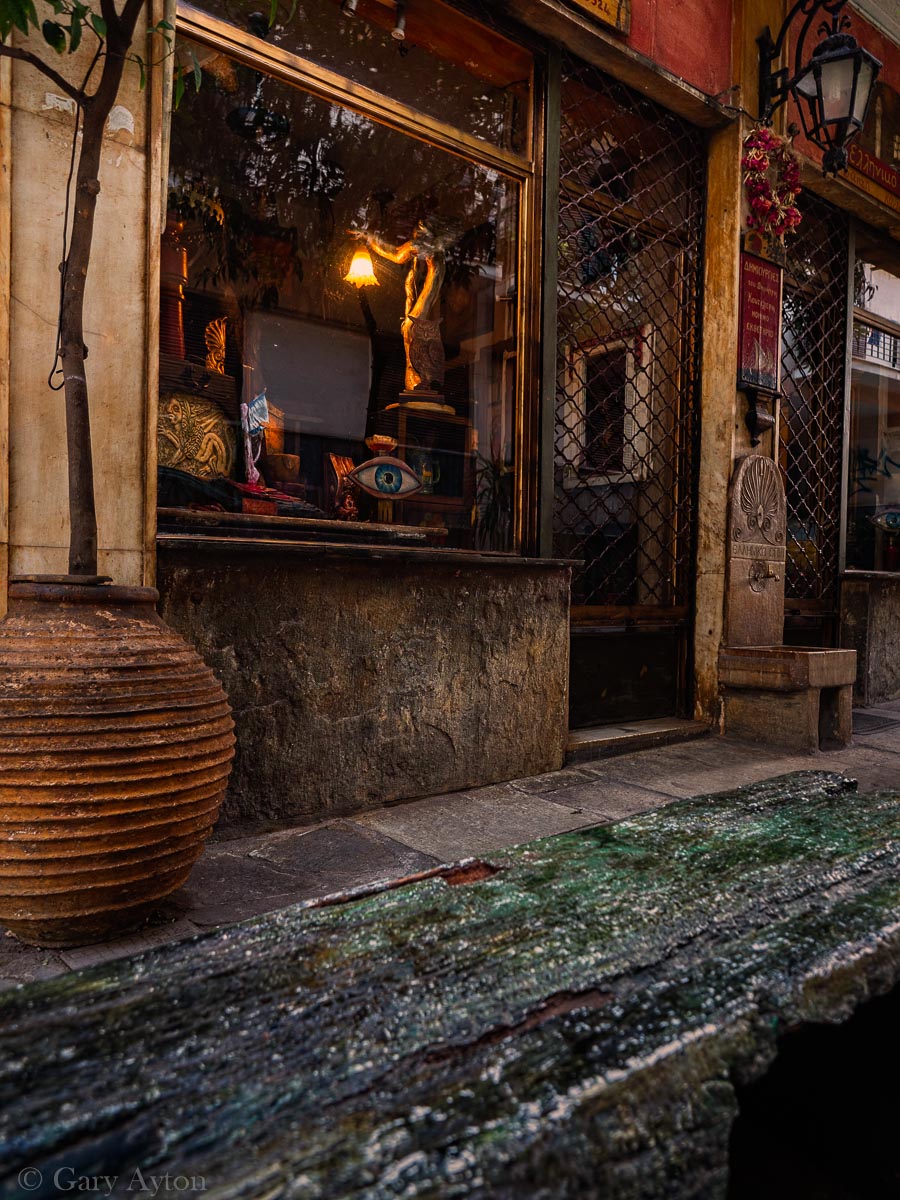 Two churches (Church of the Holy Apostles and Church of St Marina) and the National Observatory of Athens – 3 shot hand held HDR: 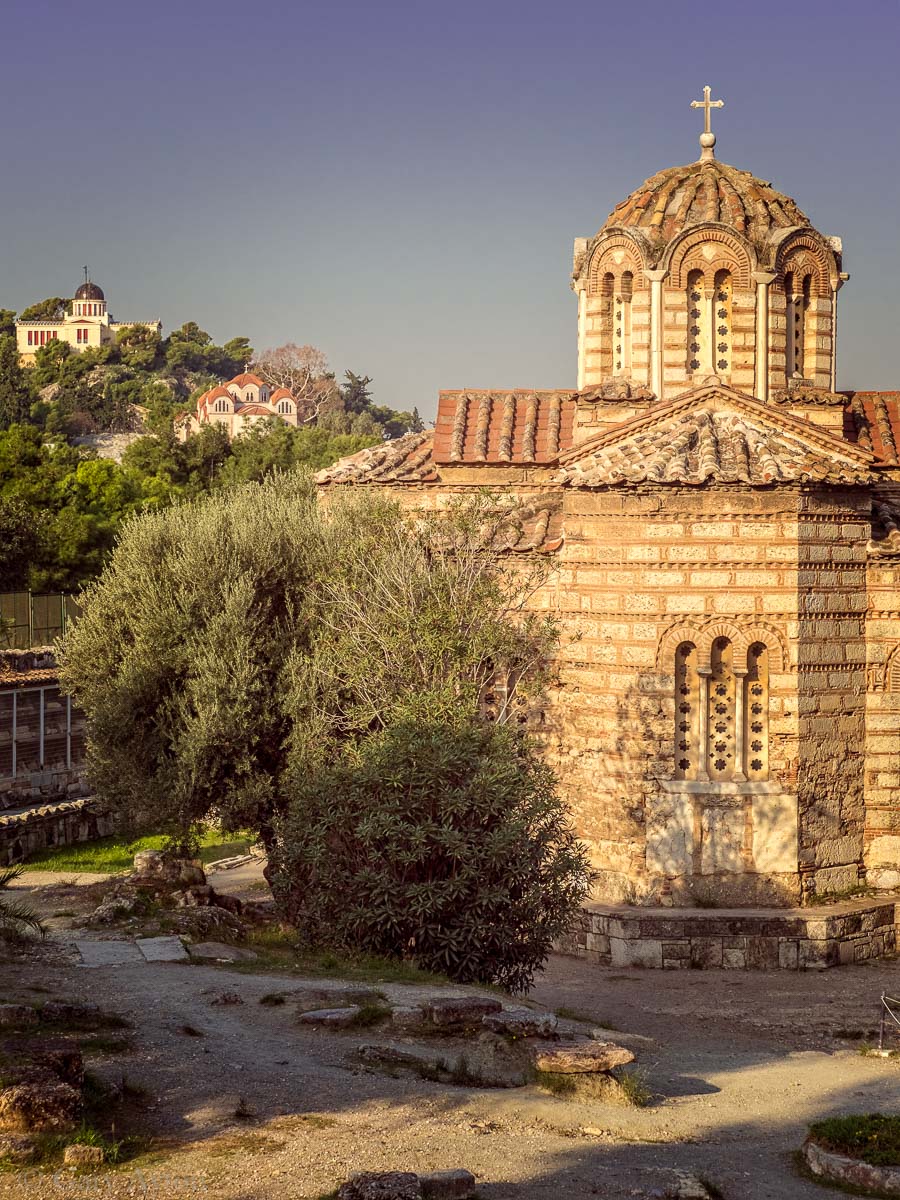 And, of course, I have to have a pic of the Acropolis with tourists – the number one tourist attraction in Greece: 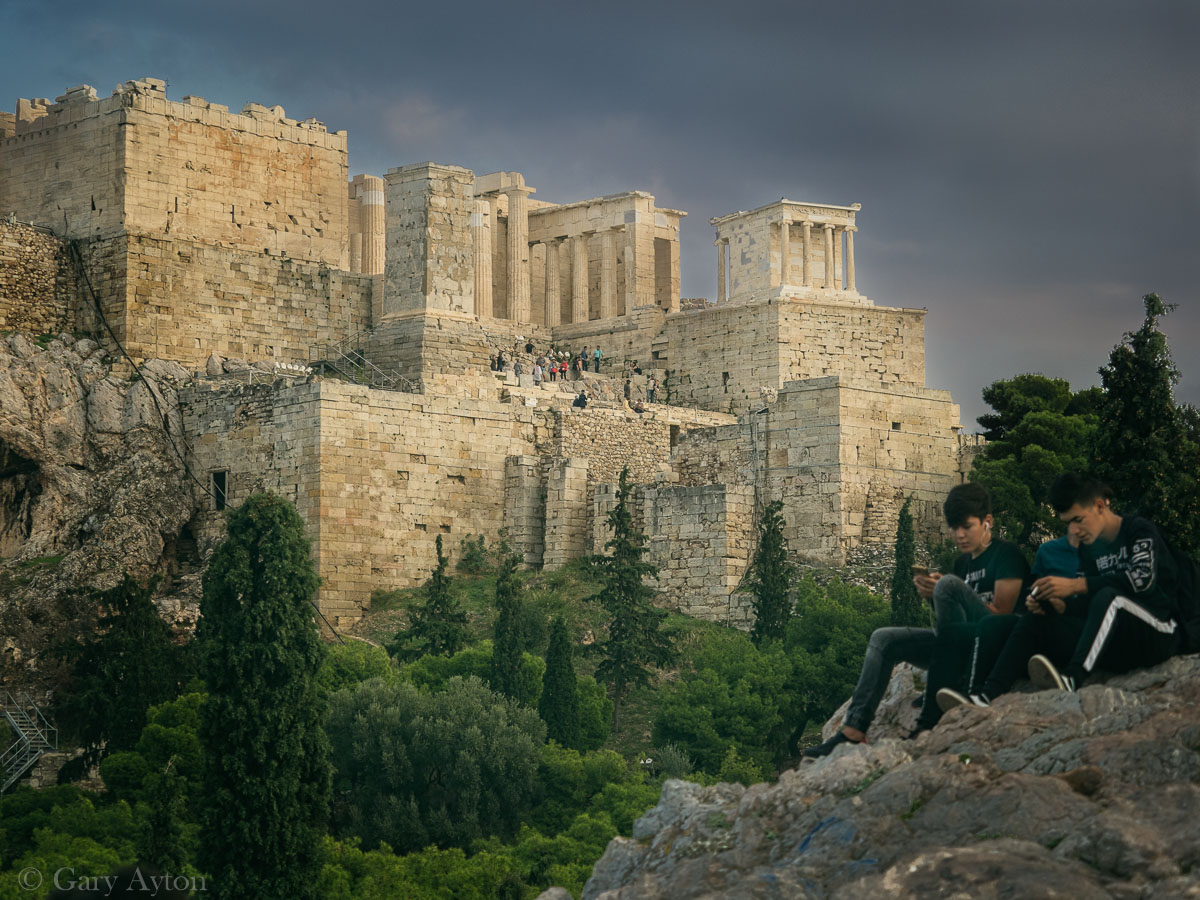 But one is not enough, so here is another in twilight from a roof top open air restaurant: 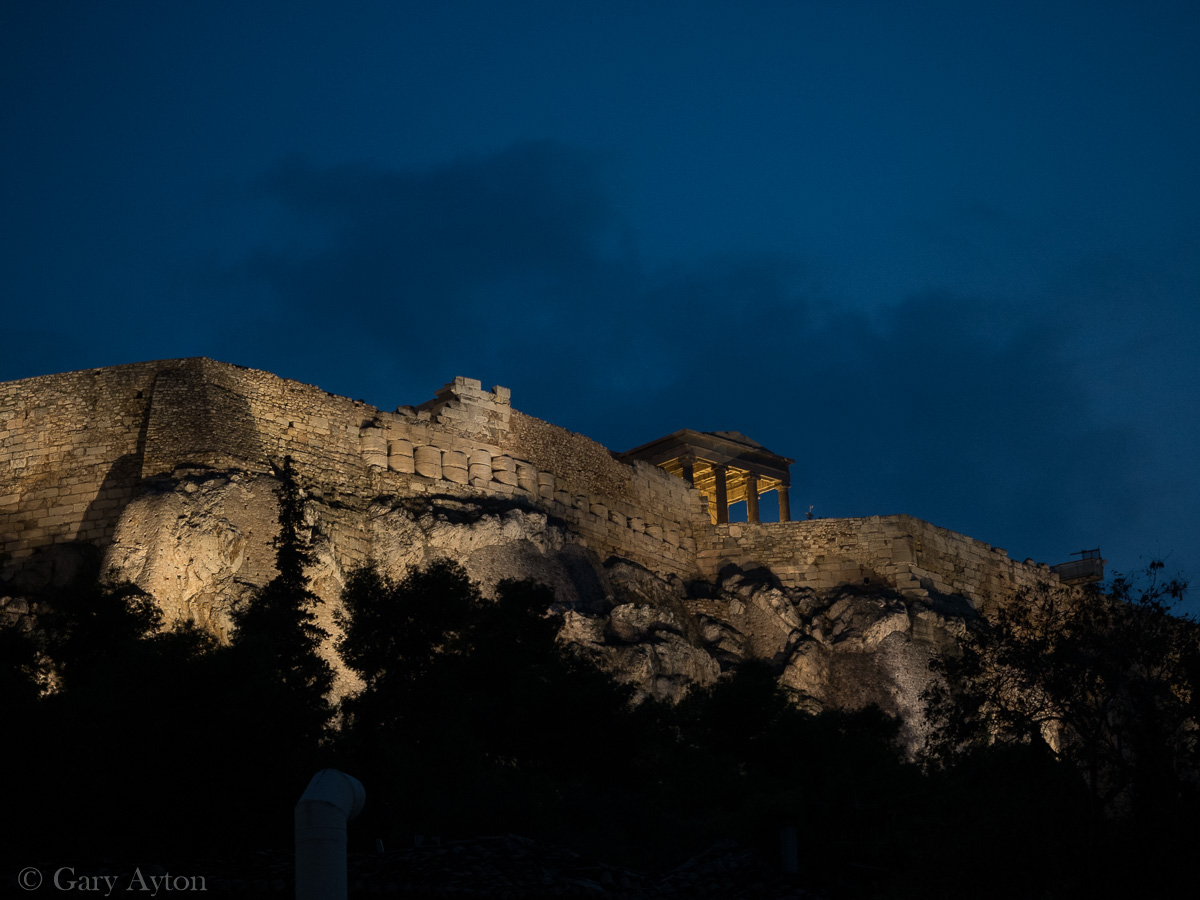 Church of St Marina in Thissio as viewed from Areopagus Hill: 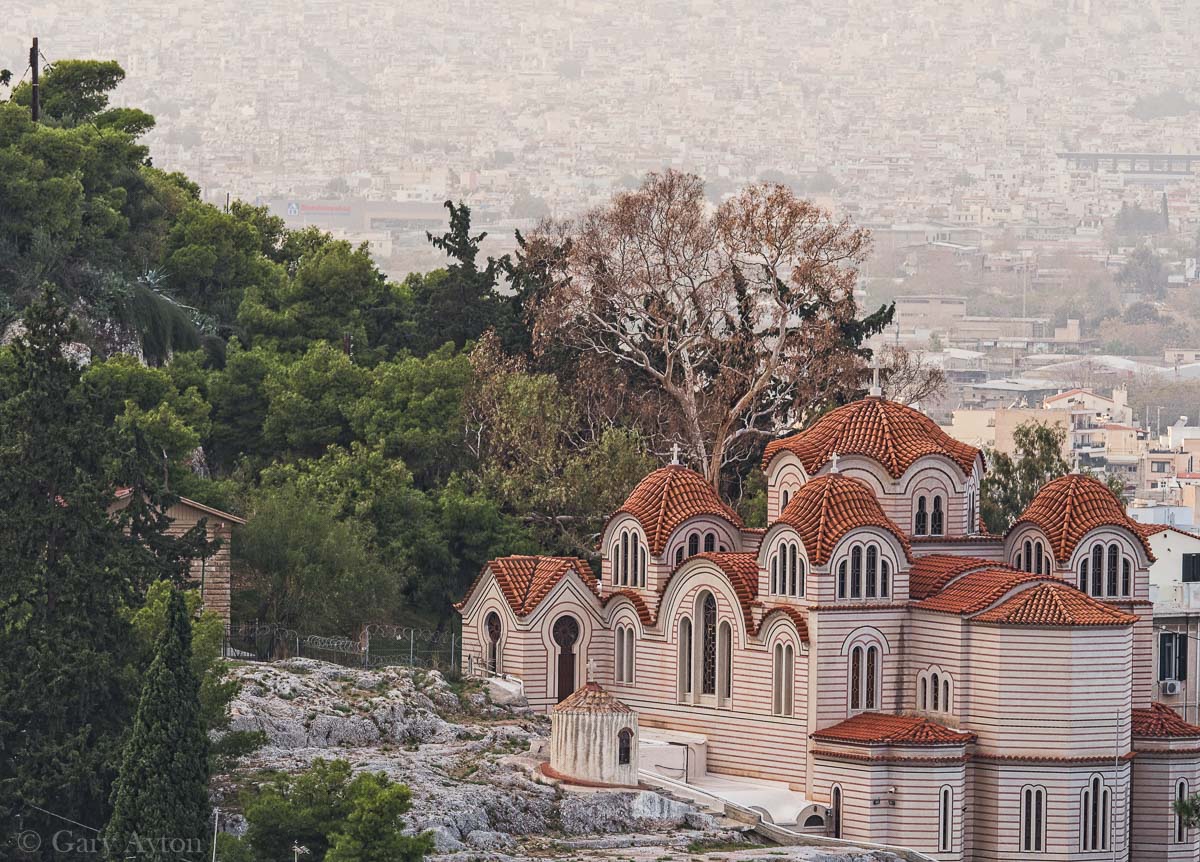 The guards at parliament house: 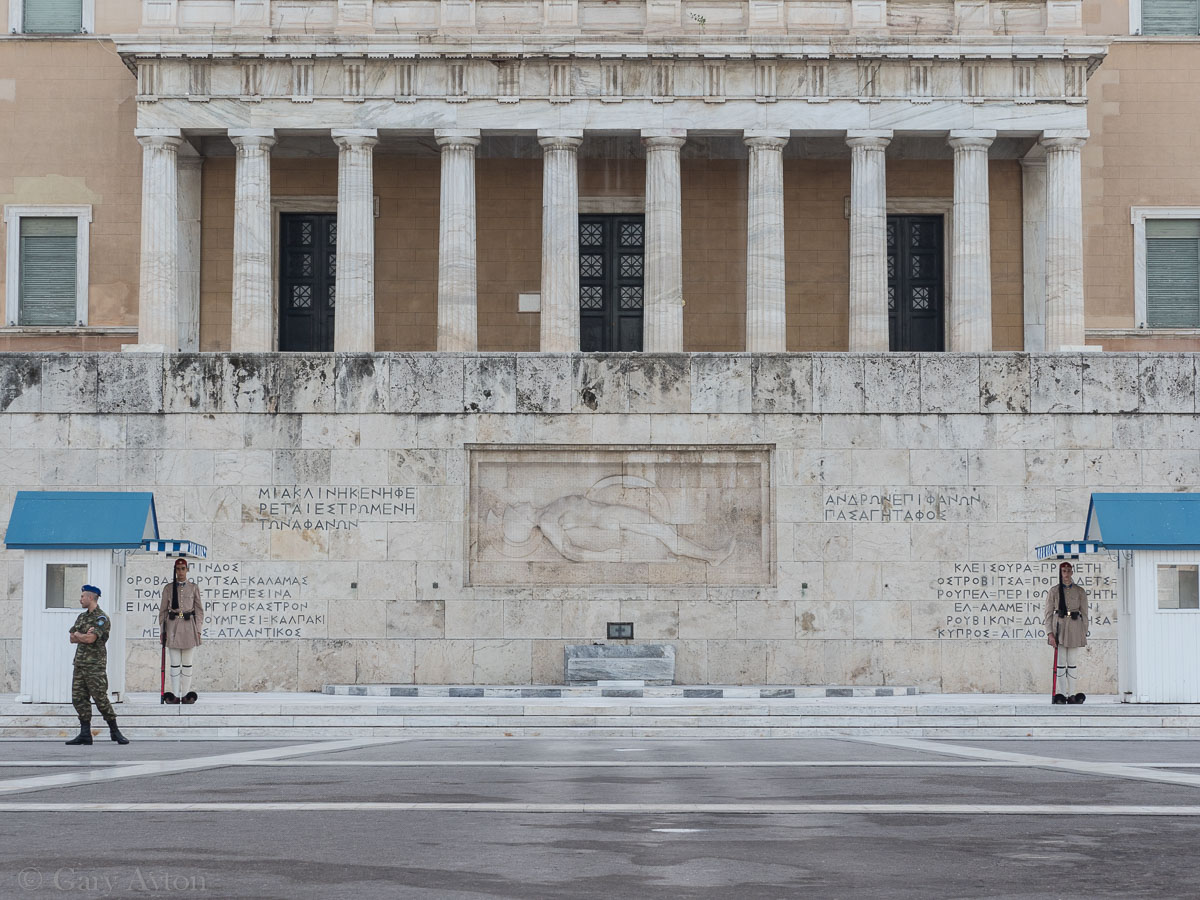 For the whole of this trip, I never once needed to reach into my bag for my shallow depth of field lenses, so taking a heavy, expensive full frame camera on overseas travel is likely to be overkill for most of us, and for me, Micro Four Thirds offers the best travel kit, and if one does need portrait shallow DOF, they can take a small 20mm f/1.7 pancake or a small 45mm f/1.8 lens as I did – I just did not need them. Nearly all of my images were at f/5.6 to gain adequate DOF which equates to f/11 in full frame cameras – so why take along heavy, expensive full frame lenses?

See the next few posts of my Greek island travels.