I didn’t manage to get tickets to watch my team Geelong play the Saints in today’s AFL football Grand Final, so I decided to go to Melbourne’s Federation Square to watch the game on the big screen on a very wet, cold Spring day which included a hail storm.

As an aside, the AFL Grand Final at Melbourne’s MCG stadium hosts one of the biggest stadium crowds in the world, 99,251 spectators attended today’s game creating a special ambience (however, the record for the MCG was 121,696 in the 1970 VFL Grand Final between Carlton and Collingwo0d).

The Olympus lens got very wet in the rain, although I managed to protect the E510 as well as I could, and the resulting candid portraits were worth it – even though they were mainly of Saints supporters.

Again, all were straight jpegs from the camera, AWB, no post-processing apart from resizing for the web. All were aperture priority exposure at wide open aperture although the night shots on the stage were manual exposure. 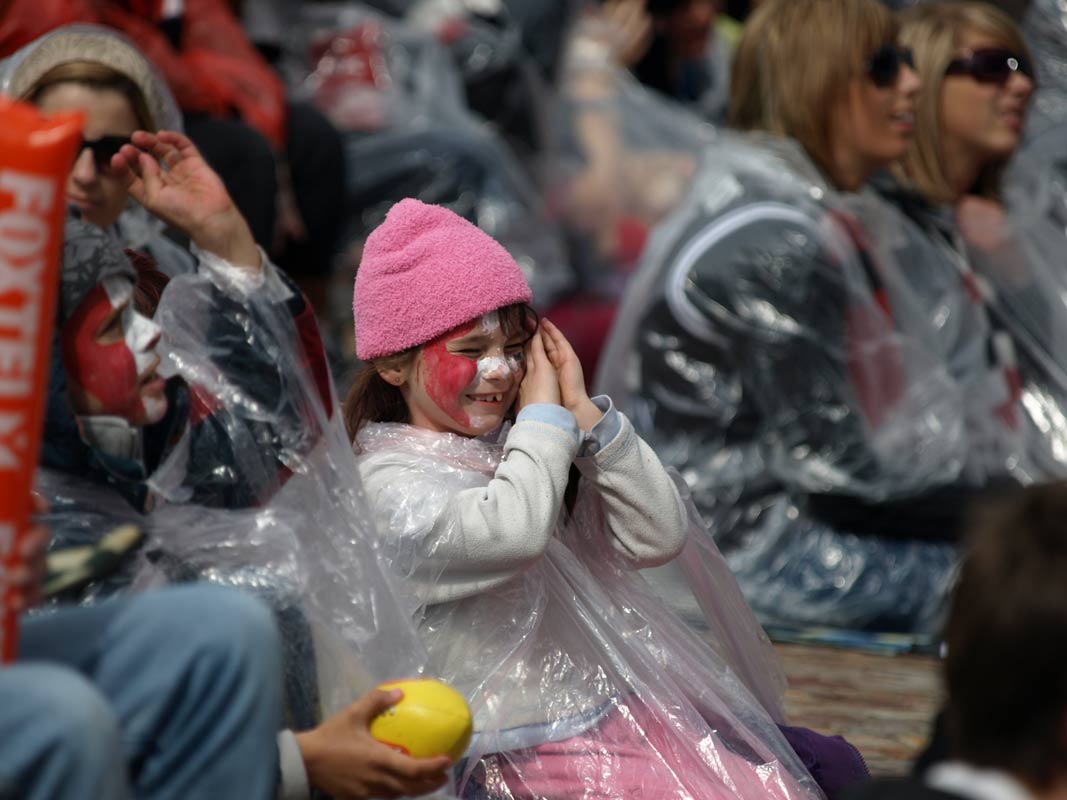 and this one amazes me how any camera could meter the skin tones perfectly when there is such backlight combined with a black umbrella to confuse the meter – maybe they just neutralised each other out, or maybe the metering is good? 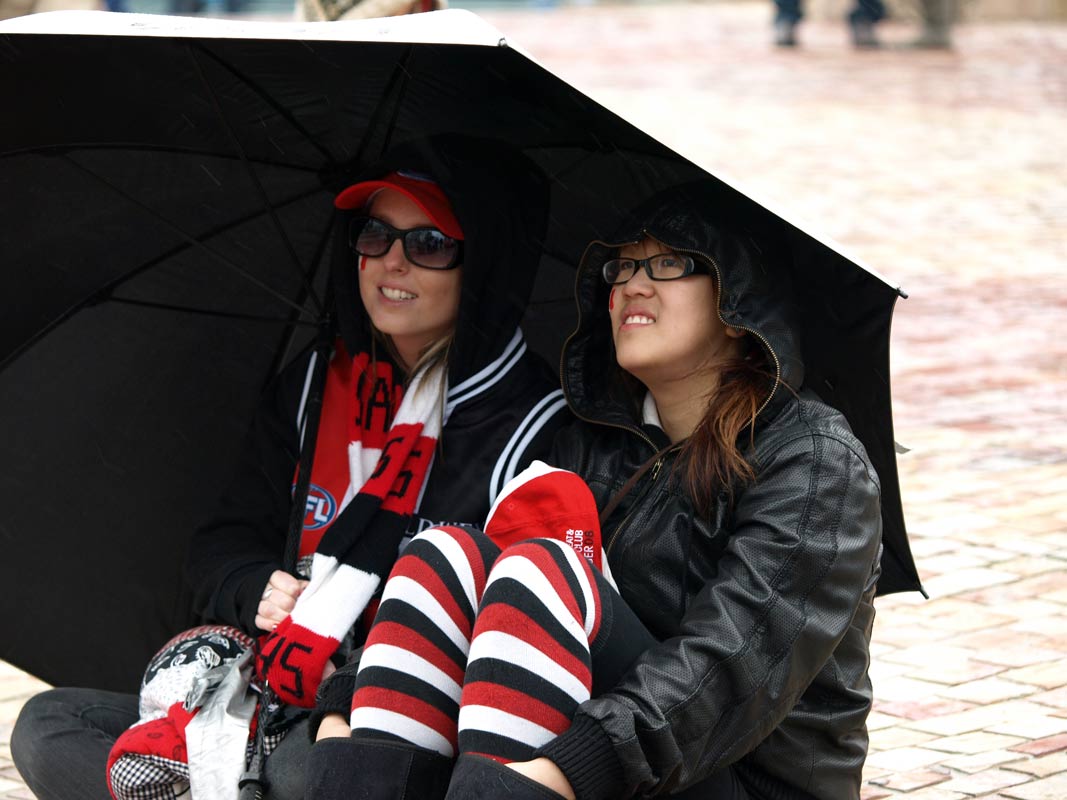 Check the full photo story here and look at how nice the bokeh is with that lens …. delicious 🙂