Comet Leonard and meteor from Australia

Comet Leonard (C/2021 A1) has been creating quite a buzz in the Southern Hemisphere as a “Christmas comet” for 2021.  It had been a nice comet for those in the Northern Hemisphere in early December 2021.

Unfortunately it was a bit too dim for people to see with the naked eye unless in a dark sky area and even then it can be difficult making binoculars are useful adjunct.

Nevertheless, for astrophotographers it has been a fantastic comet which brightened in December 2021 and developed a lovely long tail and a greenish head due to short-lived dicarbon molecules being generated by UV light.

For a comet of this brightness close to the sun, astrophotographers had to wait until it was far enough from the sun so that twilight effects reduced sky glow and they had to seek a relatively dark sky region so light pollution effects were minimal, while timing it so the moonlight would not interfere and one had a clear night relatively free of clouds.

To get the best imagery, the camera needed to be mounted on some tracking device to allow longer exposure times without star trails, and the best would then take many such images and stack them in post-processing software to reduce the image noise.

Here is one of my single shot images tracked for a 20sec exposure which also happened to capture a nearby meteor. 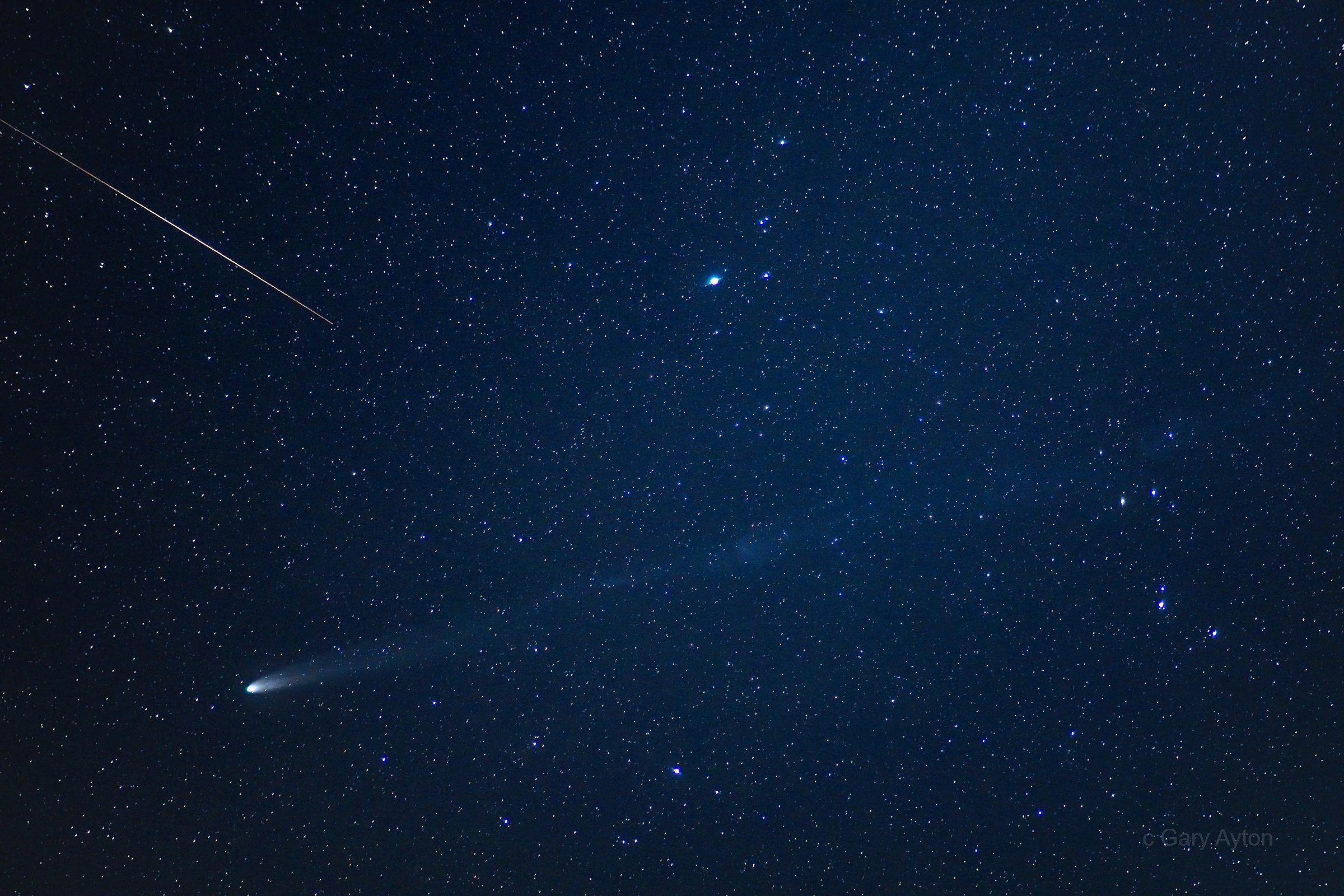 Comet Leonard is a long period comet with an orbit which takes 80,000 years.

More information about comets in my wikipedia.