One of the main reasons many photographers prefer to use a big, heavy, expensive full frame system instead of a fun, lighter Micro Four Thirds system is that you can gain a greater degree of background blurring in certain situations which is just not possible with the smaller sensor of Micro Four Thirds.

For macro work and for telephotos, this is not really an issue as you get plenty of background blurring with both systems.

BUT, it is with wide angle lenses that full frame systems with their f/1.4 pro lenses should create a substantial difference – BUT how significant is this difference?

If your subject distance is more than 3m away, and you are using a 35mm lens on a full frame, then the degree of background blurring at each aperture from f/1.4 through to f/5.6 really does not change that much, so you will not see a massive difference between full frame and Micro Four Thirds at this field of view.

Now, I don’t have the beautiful, optically superb, Olympus micro ZD 17mm f/1.2 PRO lens to compare, so you will have to assume in the comparisons, it will look like the 35mm f/2.5 images.

I do have the lovely super compact, very sharp Panasonic 20mm f/1.7 pancake lens (original version) on my Olympus OM-D E-M1 Mark I to test for this comparison, and it should come in with similar imagery as the massive, heavy Sigma 35mm f/1.4 lens when shot at f/3.5 (there is a slightly narrower field of view with the Panasonic lens – my apologies, but that should not take much away from this lesson) and the 1st two images are to demonstrate this, both focused on the leaves to the right perhaps where you would normally place your subject, but what I want you to carefully observe is the amount of blurring of the background in each of the images so you can decide if buying a big, heavy, expensive system is worth it for you:

These have all been taken as RAW files, opened in Lightroom 6, minor adjustment in exposure to make them roughly similar, auto white balance, and Adobe default camera profile used, the images were then resized for the web.

As usual, the links on this page take you to my wikipedia which gives more information – and NOT to a 3rd party online reseller. 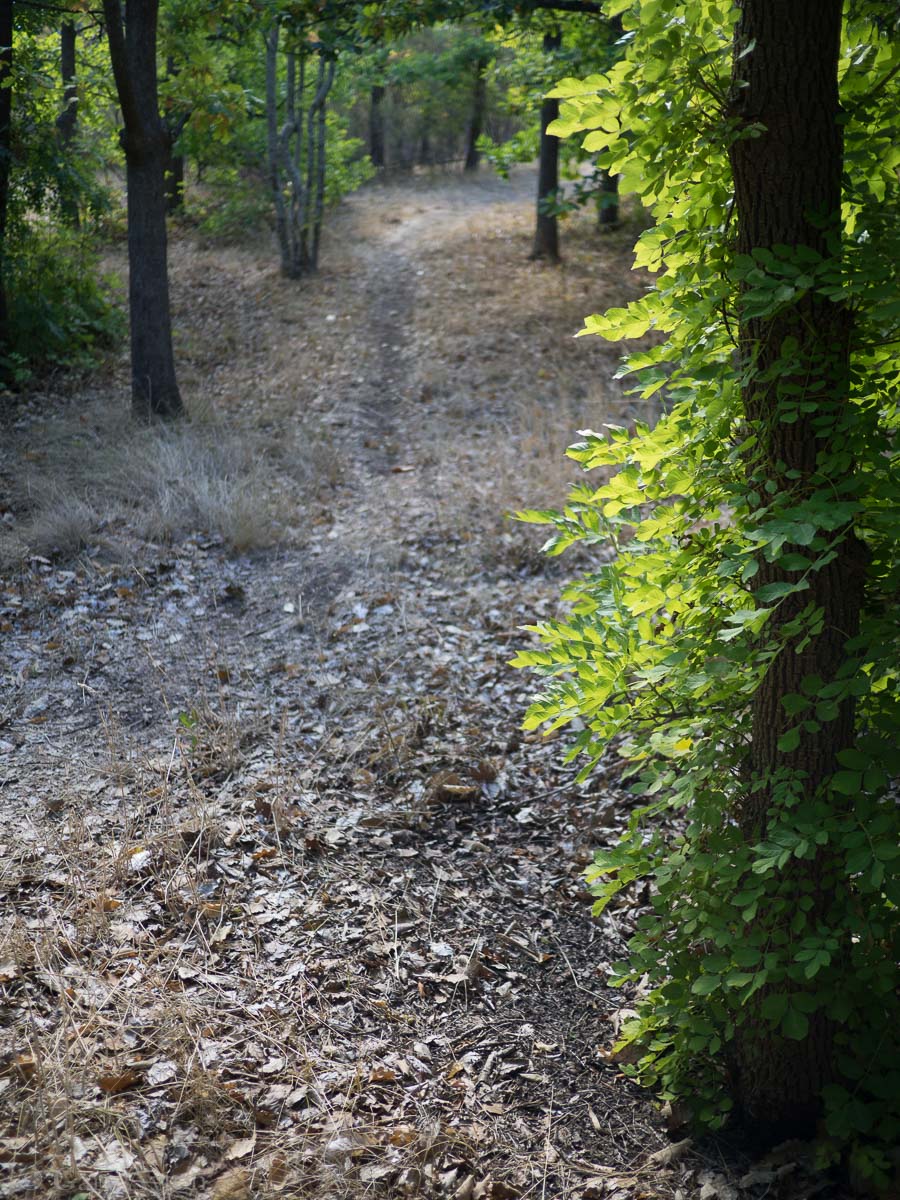 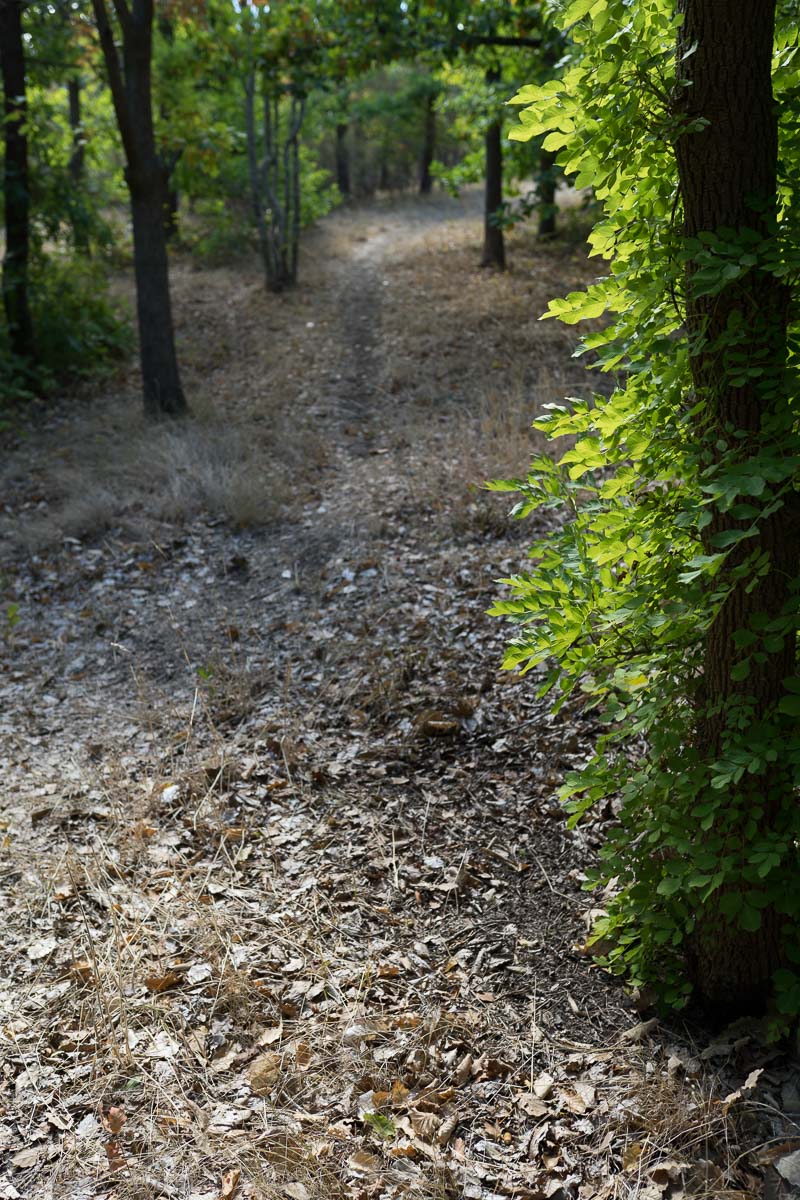 Above is the Sigma 35mm f/1.4 ART lens at f/3.5 on a Sony A7II full frame mirrorless camera to give a similar depth of field as the Panasonic wide open. 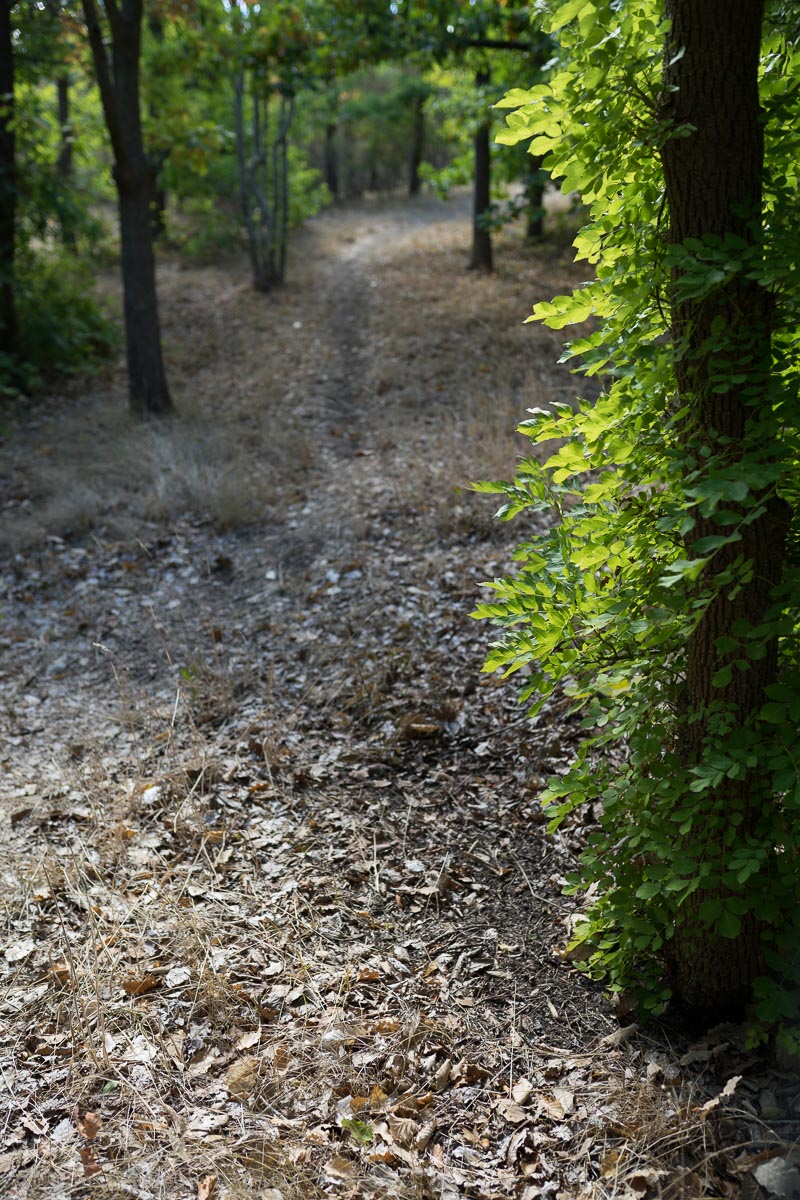 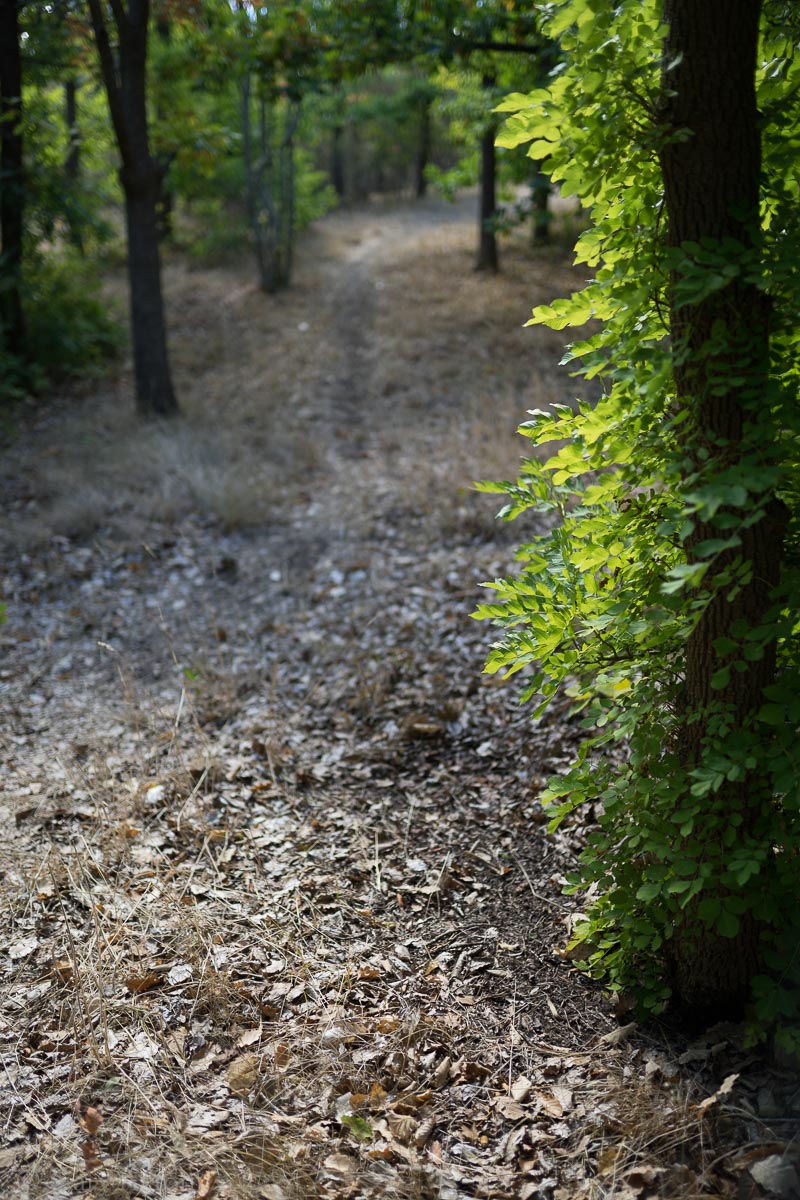 Above is the Sigma 35mm f/1.4 ART lens at f/1.4 to show the absolute maximum degree of background blurring this lens can achieve with a subject at this distance – is that enough to make you want this system or would it not make or break your image if you used the Olympus 17mm f/1.2 lens instead? 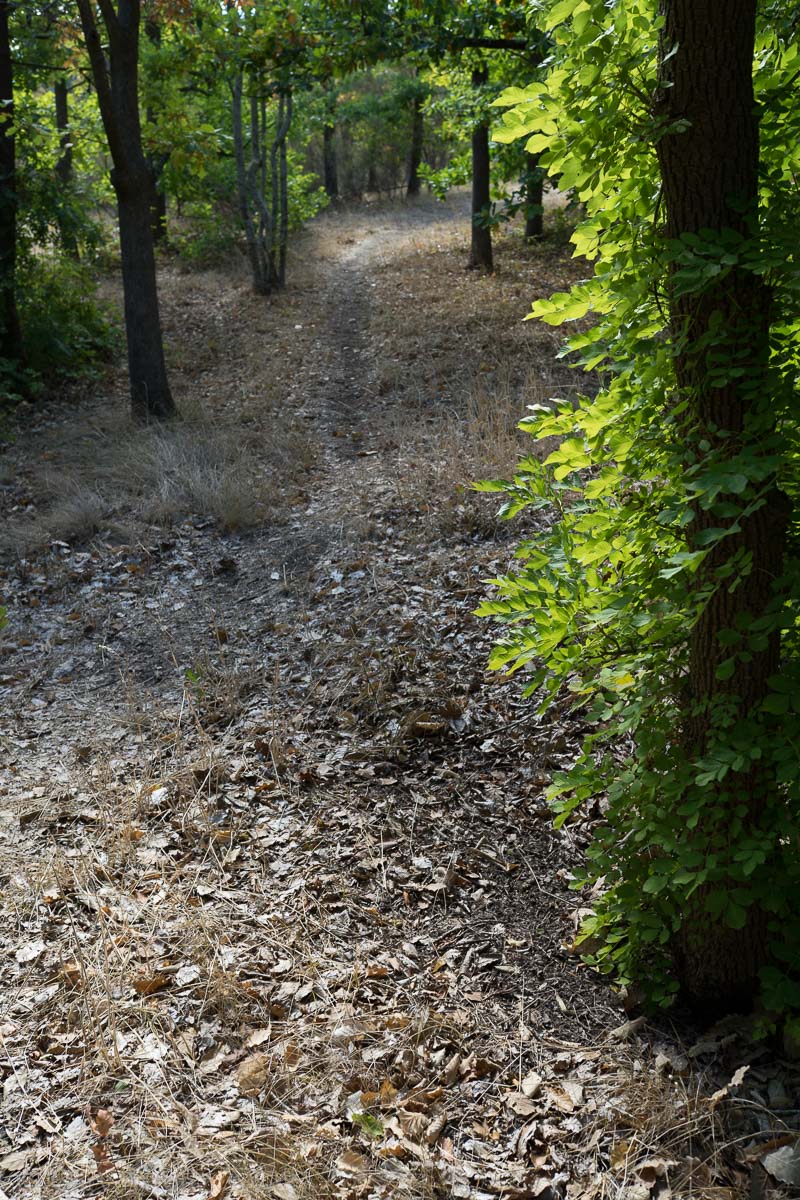 A couple of other notes to make with this test shoot:

When used with a smaller Micro Four Thirds cameras such as the Olympus E-M5 II, one could put the Panasonic lens and camera in a jacket pocket quite easily – there is no chance you can do this with the full frame kit which will also be more that twice the weight.

The Sigma 35mm f/1.4 shooting at around 4m subject distance: 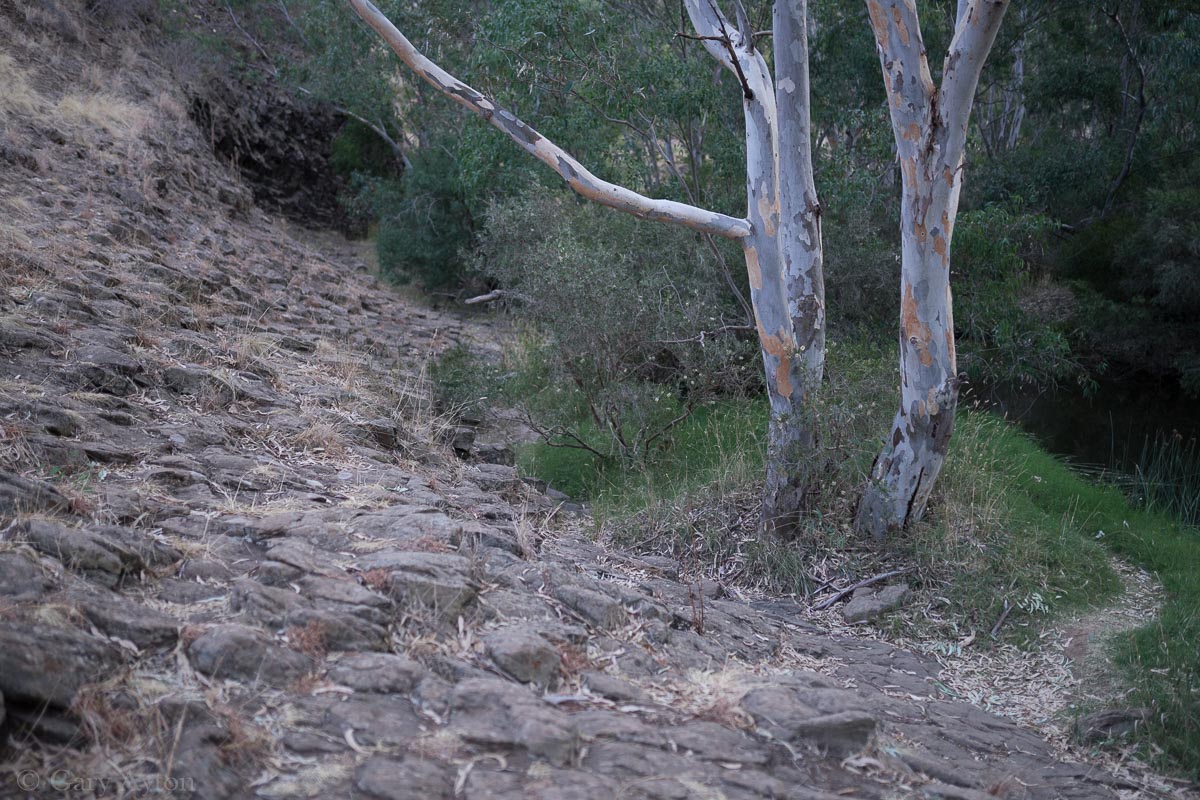 Both of these are essentially straight from the camera with the Sony a7II focused on the lovely Eucalyptus “gum” tree. 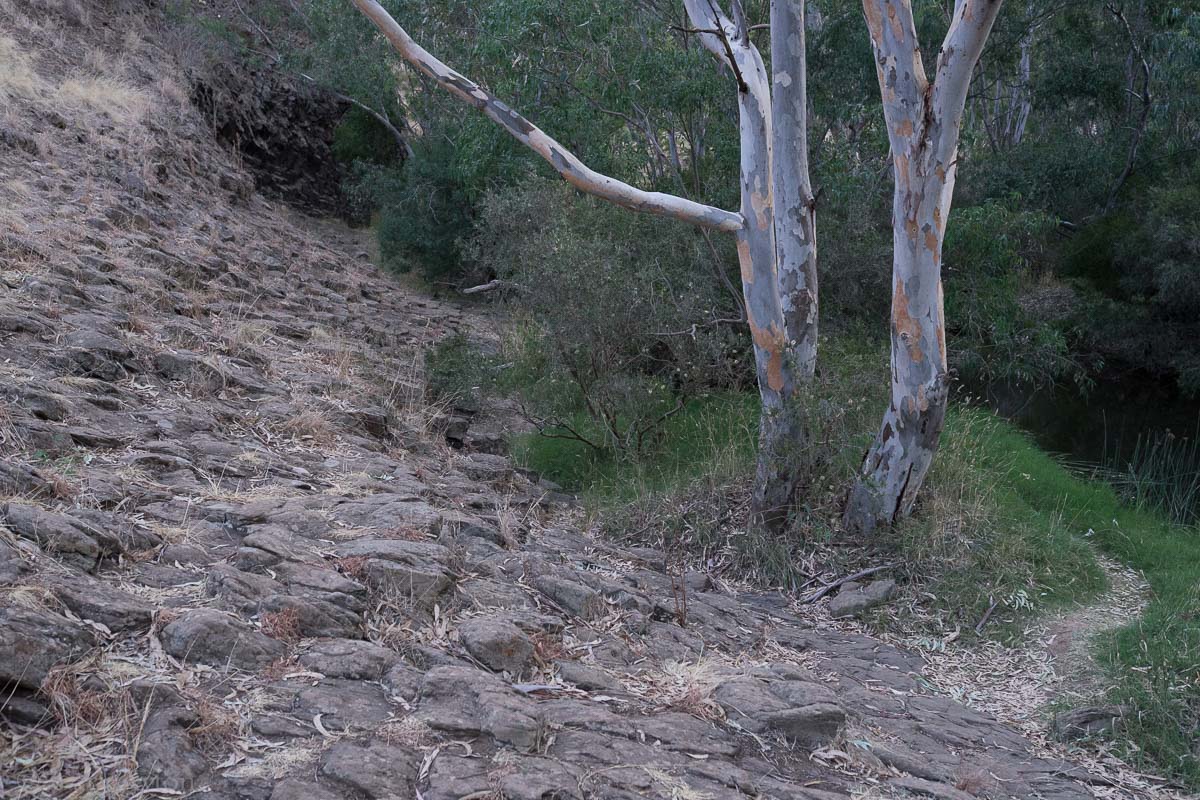 Above is the Sigma 35mm f/1.4 ART lens at f/5.6 – the difference in background blurring is now quite subtle despite the lens being stopped way down to f/5.6, although the foreground blurring is more noticeable!

If you want to blur backgrounds either:

Maybe full frame advantage is not all it is cracked up to be if your subject is more than 2m away!

I am not convinced the fairly minor increase in background blurring with the 35mm f/1.4 lens at f/1.4 at this subject distance would make a difference to my image in most situations – whether such an image succeeds or not will be far more dependent upon other factors such as subject, composition, lighting, etc.

Who should consider buying the Sigma 35mm f/1.4 ART lens?

Those with full frame cameras who primarily need it for either:

Landscape, street or travel photographers do NOT need the bulk and weight of this lens to achieve their needs, a much smaller, lighter 35mm f/2.8 lens or a Micro Four Thirds option should suffice as most of the time you will be shooting at f/8-f/11 for adequate depth of field on a full frame camera in these scenarios (f/4-5.6 in Micro Four Thirds).

The Sigma lens firmware was v1.4, I have now updated it to v2.0 via the Sigma USB Dock but still the AF-S focus locking is significantly slower than the Olympus – Panasonic combination and the Eye AF functionality works (in AF-S mode only with the Sony a7II) and has similar speed as the Eye AF on the Olympus but you need to press a button to activate it each time on the Sony – it is not automatic as on the Olympus cameras.