The kit lens that comes with the Panasonic GH-1 is the unique Lumix G HD 14-140mm f/4-5.8 OIS lens which took over 12 months to develop to ensure it is optimised for silent contrast detect AF HD video with stepless aperture for smooth exposure adjustments, but how does it compare with similar 10x zoom lenses? 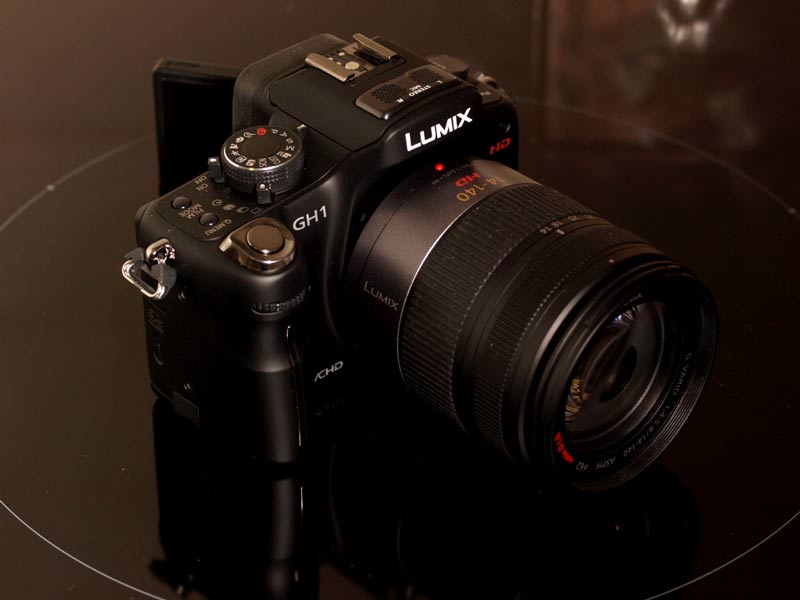 Dpreview.com has posted test results of the Lumix lens here which shows that this is a very sharp lens for a 10x zoom, particularly in the 18-50mm range.

Their summary states “The 14-140mm puts in a very good performance for a superzoom in our studio tests – it’s at its best in the 18-50mm range, but gets soft towards the long end of the zoom. It’s more or less on a par with the cream of the current crop of APS-C image-stabilised superzooms such as the Tamron 18-270mm F3.5-5.6 VC, and therefore marginally more consistent than the 18-200mm zooms from Canon and Nikon. Thanks to the use of software corrections, it registers minimal distortion or lateral chromatic aberration.”

THUS, by choosing the GH-1, you are definitely NOT losing any optical image quality compared to the other 10x dSLR zoom lenses, and in fact, you gain sharper corners, and you have a significantly smaller and lighter kit, and with AF-capable HD video to boot – its a win-win situation!

I often find myself thinking, why on earth am I carrying around this big, heavy Canon 1DMIII with EF 24-105mm f/4 L IS lens when in normal day conditions, I can get just as sharp, and probably sharper edge-to-edge images with better out of the camera jpeg colours with my Olympus E510 with kit lens?

Hopefully, the GH-1 will match the colours of the Olympus and prove to be an adequate replacement as a general walk-around kit, but I can’t see it replacing my Olympus E510 + ZD 50-200mm f/2.8-3.5 SWD combo – I just love that lens!

Of course, the Canon 1DMIII comes into its own for really low light work or action shots, as well as perhaps providing a little extra dynamic range and exposure latitude, but if you are shooting in normal conditions or with flash, why carry the extra weight?

I’m not the only guy that thinks this way – a must read series of blogs for all photographers is the one by Kirk Tuck, from Texas – you can find one of his blogs here and another here – just browse through his archive for more interesting insights.

Having said this, the 14-140mm lens does feel a bit big and heavy for the GH-1 body, and many may prefer an even more compact lens with less zoom, or, a prime lens such as the Olympus 17mm f/2.8 for MFT, or the soon to be released Lumix 21mm f/1.7 lens – either would be great for street photography.